'm a kid of the 90s. This can mean a lot of things depending upon how you slice it, but for me it means I grew up watching cartoons on Saturday mornings. There are many cartoons that are definitive of the time, but the one I recall most is Captain Planet and the Planeteers.

The overarching, and often blunt, message of environmental contentiousness aside, the biggest takeaway I had wasn't about teamwork. It was the same point I found Might Morphin' Power Rangers and Voltron: Defender of the Universe leaving me with: if you pile up everyone's power you can always win. 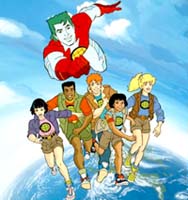 And I don't mean teamwork.

Simply stack everyone up as one massive entity, then unleash it against your foes. I mean, The Planeteers called the Captain not because they wanted to have a group moment or could handle things as a team; they pulled him from the Earth specifically to take names and kick ass. It was awesome.

So what does 90s nostalgia have to do with Magic? This week is Exalted Week, where we're supposed to talk about the mechanic exalted. I have no idea why the idea of everyone pitching their power into one super-heroic being would be what I think of when I see exalted.

By Your Powers Combined, I Am Freaking Huge!

Exalted is a pretty sweet mechanic for dueling in Magic. You send just one guy into the fray, collecting the bonus of those left behind, and usually force an opponent to take lots of damage while leaving your own turf defended or to throw away a creature in the face of overwhelming power. I'm more than certain others will be sharing how to make that happen. 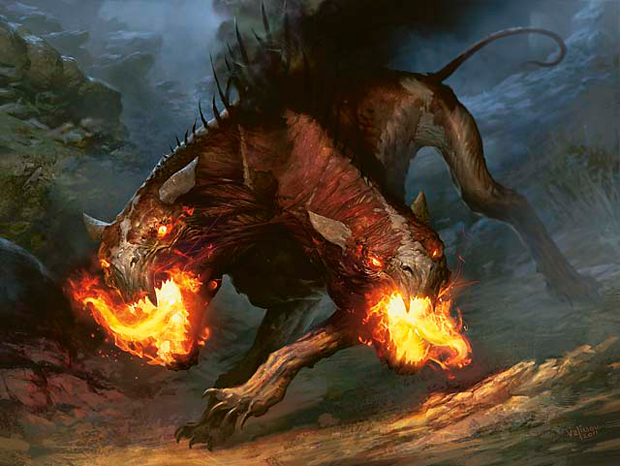 Exalted isn't a mechanic I think of when I consider most multiplayer formats. Commander, free-for-all, Two-Headed Giant, and Group Game Draft are all ways to play that encourage attacking with multiple creatures, or attacking multiple players. The +1/+1 bonus is nice to have from a handful of sources, but trying to snuff out several players starting at 40 life, or the opposing team at 30 life, is still hard. It isn't that exalted isn't useful outside of duels, but it sure seems to shine in them.

The question I faced with exalted wasn't, "Is it something fun to play?" because it most obviously is fun. My question was, "Why would I want to have exalted in multiplayer?" The answer wasn't immediately apparent, but it came by asking something different.

"Why would I want to attack with only one creature in multiplayer?"

There are numerous ways to attack with only one creature yet dish out devastating damage. Here are a few:

All exalted does is add fuel to the flame. Except for riffs on tokens with Sublime Archangel, using exalted in multiplayer asks for a heavy commitment of creatures to the battlefield. Using exalted as an add-on for something else in multiplayer is much more fun with a much lower exalted requirement. Every mechanic can have its day. Exalted just happens to find its fame out of the table I sit at.

So it should be easy to just pile everything else and build an exalted deck, right?

Poison in multiplayer is a touchy topic. The potency of killing anyone, at any time, with only 10 "damage" is appealing. In turn, those you intend to infect tend to fend against you pretty hard. I've seen some hurt feelings by abruptly ending the game by 10 poison in the face, but some groups are more than willing to make Phyrexian dealings.

At the very least, we are.

Again, poison is mostly black but it's spread across every color in some way. These are the tools to turn a single attack into a one-hit knock out.

Double strike is impressive and powerful, but it's certainly a little less scary than poison. Of course, there's nothing more terrifying than double strike with poison, but that's not the point here. What's important is that connecting directly with opposing players using double strike is another way to reduce the power you need to come up with in an attack.

The Eldrazi are the sole carriers of the annihilator keyword. While Ulamog, the Infinite Gyre and Emrakul, the Aeons Torn might be the most famous, it's Eldrazi Conscription, It That Betrays, and Artisan of Kozilek I'm most interested in here. Annihilator isn't prevalent, thankfully, but these provide plenty of power to wield.

Getting a bonus when dealing combat damage to a player is awesome. It's quite like icing on the cake in multiplayer. While cake is, ostensibly, the central component to our business, without icing it just doesn't feel the same. I even know a few friends who pick cake specifically for the icing.

I'm not sure where that analogy led to other than hunger.

Sometimes you just want to hit someone. These are all great way to feel good about that.

Unblockable is an interesting ability in that it isn't one. It's a characteristic about a creature, sure, but there are creatures which are unblockable without that word helping.

"Can't touch this" sums this up nicely, I'd say.

So we have a ragtag group of cards to go with our exalted idea. As a quick refresher, these are the best means to get more from exalted.

It's just a touch but what a punch it packs. Especially when you pile it all together like this.


Karona isn't a Commander for the soft at heart. Passing around a potent force for opponents to use too is just asking for trouble. But that's also why I like this type of deck so much. There isn't a theme of fine-tuned efficiency or demanding mana curves: It just wants to sit down and be played. 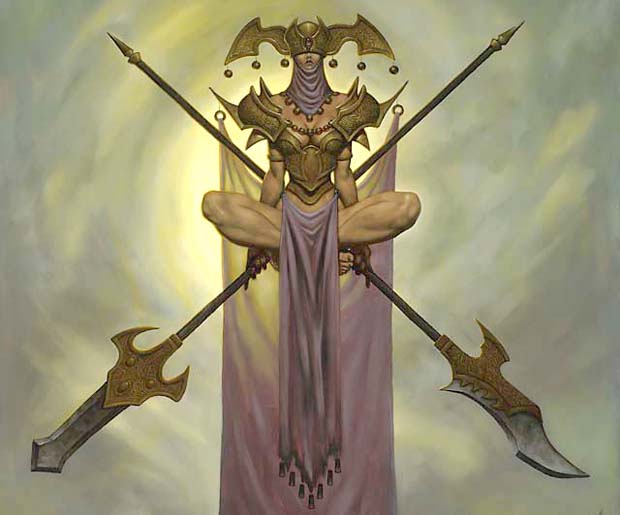 Karona can make the most of effects that grant poison, unblockability, and other abilities, including a one-shot kill with just Finest Hour:

It's easy to mistake jamming cards I like together for careless or poor planning. This deck has a theme, and it wants to see that theme through. It isn't apologetic about it, and it certainly should deliver the "I have one great guy to attack with" experience I want.

It should also play nice with the preconstructed Magic: The Gathering Commander decks released last year. Those are bonus points I can get behind. But not every deck needs to be for Commander.


This isn't meant to be entirely multiplayer, but it works wonderfully for one way to play: Attack Left. Attack Left means every player may only attack the player to his or her left.

It seems simple, but I've been giving it a try recently after having it pointed out as a way to make multiplayer games move. The goal here is to poison as quickly as possible. With plenty of cheap poison to pass around, you'll be racing to kill successive opponents to the left. And, if you've forgotten already, infect is a fine defensive ability next to regeneration.

Exalted might play a small role, but poison amplifies that small piece perfectly.

The End of the Road

The process of diving through cards of one theme, and finding the tools for many others, is not unintentional. It's part of why Magic is awesome. Exalted is a tricky customer for the multiplayer table, but I hope these two starting points show you what's possible with a little ingenuity, faith, and exploration. 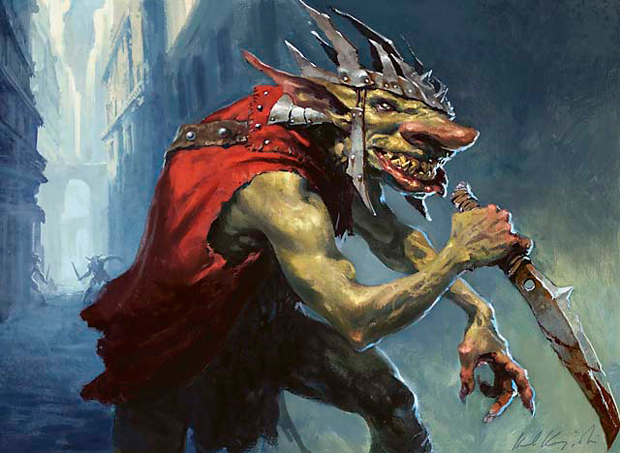 I know I need to remind myself that it's okay to shuffle up and play anything. You should try that too.

Speaking of trying, the previous two weeks featured a call out for Krenko, Mob Boss Commander decks. We're done taking decks, but everyone's deck will count. You'll see the full details next week, but if you've never considered pulling together more than seventy decks, you're in for a treat.

Have I ever mentioned that I'm an analyst by day and night?

Join us next week when Krenko gets to command in all his green-skinned glory. See you then!