Good Help is Hard to Find

get. I can't wait, either. I know you're anxious, excited, and ready. I am too. The Gatecrash Prerelease events are this weekend, and I know where I'll be heading to play. I'm sure you do, too. There's plenty of awesome in Gatecrash. 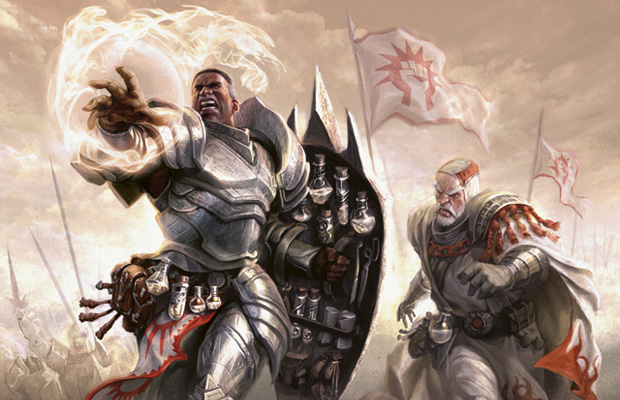 Part of what makes the latest set so sweet is that it pays homage to the guild progenitors of the original Ravnica block. The guilds' original incarnations inspired the latest revisions, and each feels connected to the other. Yet the new guilds in Gatecrash are unique, standing alone as equals with those of Return to Ravnica.

The past is a rich cache to mine, if done correctly. Before we look across a few Gatecrash standouts we should consider what we're looking for, and I don't mean Commander or Standard. It's time to resurrect a standout way to play shared by the original Serious Fun columnist, Anthony Alongi.

Bring your satchel of mana, because we're going shopping.

Return of the Mercenaries

If you play enough multiplayer games you begin to feel dread for a specific moment: You've emptied your hand onto the battlefield and your new resources have dried up. Perhaps you've drawn a land when anything, anything else in your deck would have been helpful. The eyes around the table settle their gaze on your missing defenses and lack of action. The third or fourth Supreme Verdict/Day of Judgment rolled through, but it was one too many for you.

Anthony's format, Mercenaries, didn't solve that problem, per se, but it could in a pinch. Mercenaries works like this:

Anthony's format focused on randomization and luck to create an experience. It was, above all, risky to hire some help. It wasn't an ideal solution, but if you had a ton of extra lands in hand, trading one away for a random creature may have been more helpful.

Years later, Planechase would encapsulate the idea of adding random effects initiated by player action. If you wanted to get something at random or change the flow of the game, some mana and a little luck was all you needed. Randomness can be exciting.

I prefer a little more finesse when I have to pay for what I'm getting. Anthony's Mercenaries is somewhat unrefined, so I'd like to revisit what he laid out with some modern technology.

One of my favorite roleplaying game tropes is the idea of a place where you can potentially find new party members: an adventurer's guildhouse, a tavern in town, or just the quaint inn at the center of a small town. Hiring an NPC to assist you throughout the journey has a way to keep the game going if there was a shortage of resources, specifically other players and their characters.

Mercenaries struck me less as a way to crank chance up to 11 and more to help keep players playing when luck or circumstance would leave them without any other options—to solve the feeling of helplessness that's easily encountered in multiplayer.

I wanted to create a guildhouse for multiplayer games.

While I'm obviously biased to like the things I create, there are several advantages for Guildhouse over Mercenaries:

There are advantages to Mercenaries too:

The key reason to choose one format over the other is the question you're trying to answer. "How can I keep players interested in the game when they have nothing left?" is what I asked, and Guildhouse delivers.

Guildhouse. Gatecrash. I See What You Did There.

With all new creatures coming soon, now is one of the best times to highlight some standout creatures for a Guildhouse deck. Since I play so much Commander, my Guildhouse will reflect big things that can help us along later in the game.

Aurelia, the Warleader and Consuming Aberration are two ways one creature can be an army alone. Aurelia's haste and Relentless Assault abilities can push us to make an attack we'd otherwise avoid. Consuming Aberration will quickly fill up graveyards if they aren't already packed. These creatures let a player get back into a game quickly. 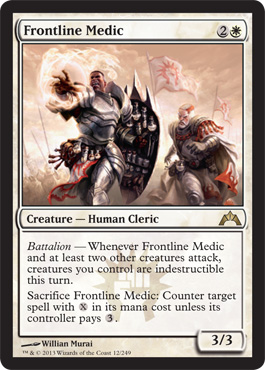 It's tempting to look only for splashy, powerhouse creatures, but Frontline Medic is a nice hireling for aggressive decks. Insurance against things like Aurelia's Fury, while opening up a fearless attack, lets even cheap creatures do their thing as a hireling. 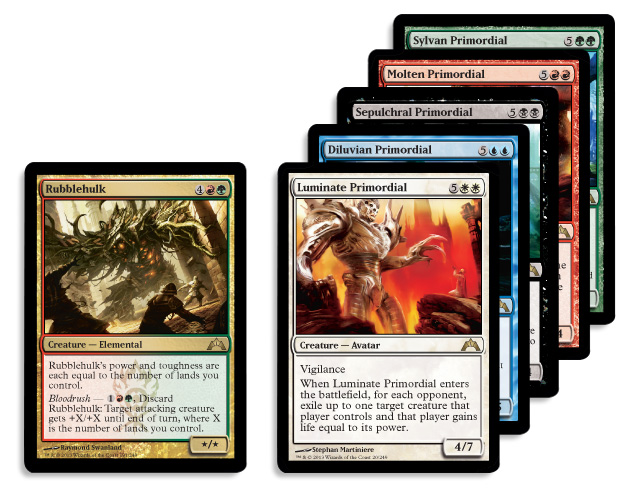 Rubblehulk and the Primordials —Luminate Primordial, Diluvian Primordial, Sepulchral Primordial, Molten Primordial, and Sylvan Primordial—are just the tip of the power-packed iceberg. While the Primordials have sweet spells attached to them, Rubblehulk is just going to be huge. Any of these creatures will leave an impact on the game, particularly when it's an off-color option. Getting to cast opponents' spells feels nice for a red-green deck, just as having a massive, tramping fatty is special for a blue deck. 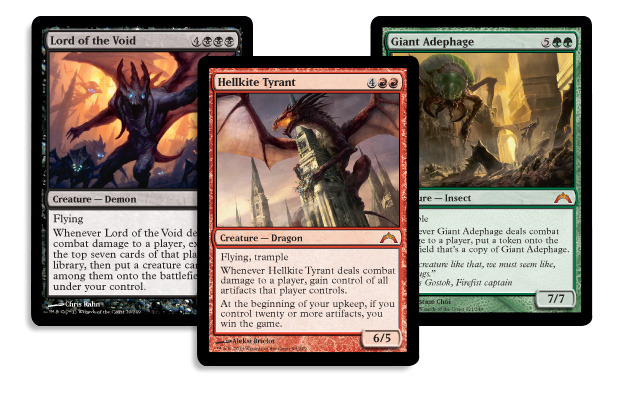 What do Lord of the Void, Hellkite Tyrant, and Giant Adephage have in common? Each has a powerful combat damage trigger. If your deck can get a creature to attack through defenses, or you need to find a way to go on the offensive, these are the types of creatures you look for.

I'm curious which creatures you'd use for a Commander Guildhouse deck.

But Wait, That's Not All!

The idea of a guildhouse is great, but there's another roleplaying trope I enjoy: The shopkeeper who seems to have a little bit of everything you could need. Armor, weapons, trinkets, and baubles—if it's generic and useful to adventurers, the odds are good it's in stock.

You can apply the same rules for Guildhouse to create a General Store filled with cards like Civic Saber and Illusionist's Bracers, or a various and sundry collection of Keyrunes. If enchantments are your thing, a Runescriber can grant you Blind Obedience or a way to Assemble the Legion. The choices and flavor of these other ways to offer sales let you find the best fit for your group.

Don't forget to choose your guild and find your spot in the Gatecrash Prerelease this weekend. I've been waiting months to carry the Boros banner. It's time to bring order to all of the other guilds' shenanigans. See you there!