How to Win Games and Influence People

aka "How players with limited card pools can win multiplayer games."

layers new to Magic really face an uphill battle in casual games. A new player can be an unknown quantity in games, and many players want to eliminate the unknown. This leaves many new players fighting for their lives early in many games. 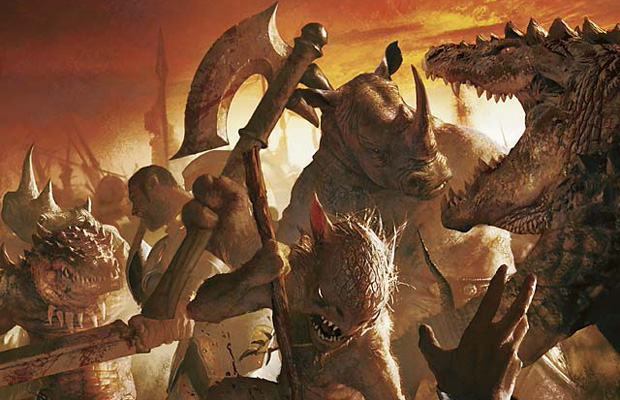 Also, a newer player generally doesn't have as solid a grasp on the rules as an experienced player does. This can limit deck ideas or lines of play. If you only know some of what you can do to win games, it makes winning that much harder!

Another area that makes winning more difficult revolves around the size of the card pool. A new player will invariably have a smaller card pool than a veteran player. Veteran players tend to have multiple copies of powerful cards and can use these cards to put together better decks than the newer player. Many deck ideas that new players may have are set aside due to the limited availability of many of the cards they might need for their decks.

I want to take this opportunity to help those new players win some games. While there is little that I can do here to improve your rules knowledge, I can give some general suggestions in other areas that will help you be more competitive at your kitchen tables.

Know What You Can Do

This first step seems a little silly, but it is important. You need to know what your group will tolerate. If your group is anything like mine, degenerate combo decks will likely mean you are going to win plenty of games. The decks in my metagame are not prepared to shut down a combo deck. Some decks can deliver significant amounts of damage quickly, but rarely do they take out a single opponent in time to stop a combo.

On the other hand, playing that degenerate combo will likely only earn you a single win, since my group won't be interested in playing against that deck again. Perhaps your group likes a combo deck but is strongly opposed to a deck based on someone else's deck found on the Internet (often called "netdecking"). You are not looking to build a deck that wins once. You want a successful deck that can win repeated games in your group. A one-off is fine, but we are looking for some long-term success.

This will likely be the most difficult part. My early decks mostly brought chuckles to my play group at the time. My decks rarely had two copies of any card and were mostly filled with cards no one was afraid to deal with. During one session, after winning the last two games, one opponent played Lobotomy, targeting me. He chose a card from my hand to exile, then slowly went through my library, looking at each card. As he reached the bottom of my library, he announced with some exasperation that, "there is nothing good in here!" We can make sure your decks will be better than mine! 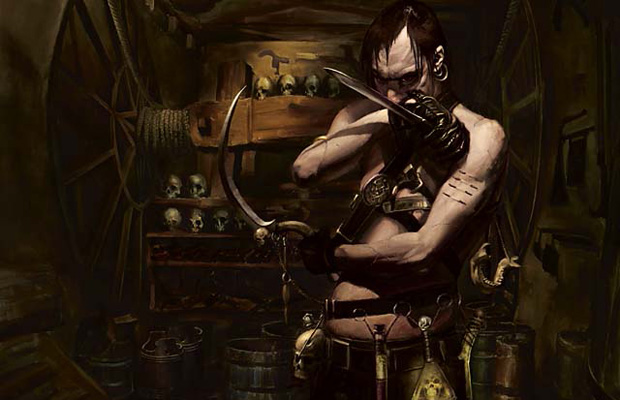 I recommend running more generic themes when putting your decks together. Many decks are very specific, requiring full sets of particular cards to work together to get a particular result that should produce wins. I have an extort deck that requires multiple copies of particular cards to create my win condition. My collection lets me do that. You will likely find that you rarely ever have more than two copies of any one card, so these types of decks are often impossible to build, or you find you are building a subpar version of the deck.

You don't necessarily want to build a deck that only works if you have three specific cards in play at once. You want cards that are strong by themselves, or work with groups of cards. Banefire is strong on its own, needing only the mana that you have played through the course of the game. Etherium Sculptor will be a good card in a deck that runs a variety of expensive artifacts. It doesn't need to be four copies of Wurmcoil Engine, but it can be a single Wurmcoil, a Steel Hellkite, a Sharding Sphinx, and an Ethersworn Canonist. You will find that the variety makes it much more difficult for opponents to pin you down. It can also make it more difficult for them to determine what deck you are playing until much later in a game. Make the variety a strength for your deck.

Something I also found were cards that were functional reprints, or were similar enough for the purposes of my deck, that gave me some of the redundancy I was looking for. You may not have four copies of Honor of the Pure, but that one copy and a Thistledown Liege and a Crusade will give you the redundancy you wanted to make your white creatures bigger.

Building a decent deck is an article unto itself. For now, I'll leave it to you to find some of the stronger cards in your collection and try them in a deck together. We aren't looking for a deck that blasts your opponents out of the water, but instead something you'll enjoy playing that can hold its own when pressured.

Once the game gets started, one of the best things you can do is to avoid attention. Rather than stand toe-to-toe with opponents who are playing powerhouse decks, just lay low. You don't want to sit there defenseless, but you want to use up as few of your resources as possible. Your deck offers you only a limited number of resources in comparison to your opponents, so you need to use them carefully.

One of my favorite lines from Star Trek: Next Generation is in Season 2, episode twenty-one. Commander Riker is talking to Lieutenant Worf. He asks, "You're outmanned, you're outgunned, you're outequipped. What else have you got?" Worf responds, "Guile." 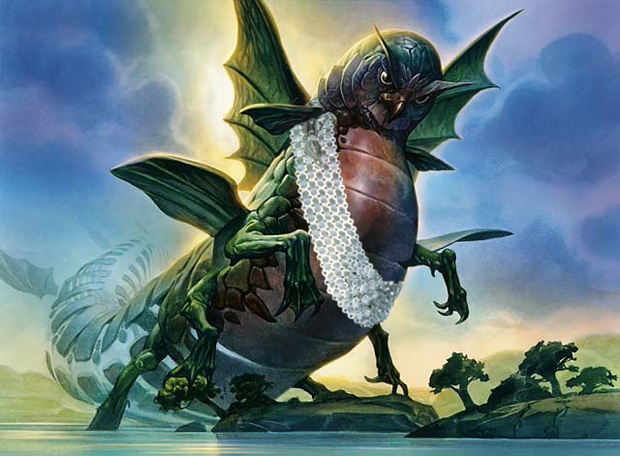 When you go against a group of players with bigger card pools than yours, you are probably facing stronger, more resilient decks. Their decks can blast away back and forth, casting big cards and explosive effects throughout the course of the game. Simply put, you're outmanned, you're outgunned, and you're outequipped. What you do have is guile!

This is one of my favorite parts of multiplayer Magic! While I enjoy the occasional game where I drop my threats on the board and dare my opponents to beat me, I prefer a more calculated game. I try to balance how strong I appear to my opponents. I don't want to appear to be the strongest or weakest. I constantly try and put myself in a position throughout the game where I am the least likely target. Reading your opponents and trying to run them against each other is a part of multiplayer Magic that doesn't exist in any other variant. I love the opportunity to use guile.

This is not going to be popular with many other people. They will go to the forums, they will send me emails, they will scream at their screens. They will tell you that the best way to win is to take control of the game and demand that everyone else play your game. They will encourage you to play out your threats and make them beat you.

I won't deny that playing an "in your face" style can be fun. It demands punches and counterpunches between you and your opponents. The "in your face" style of play more often produces the amazing plays and swings in the game that many people love. I enjoy it and encourage everyone to play "in your face" at least occasionally. When your deck is loaded with significant threats; dramatically changes the playing field; or is very deep with recursion, allowing you to play out threats again and again, simply standing front and center screaming, "say hello to my little friend!" can work some of the time. It looks spectacular when you can pull it off.

However, when your deck doesn't pack that kind of firepower (and often, even when it does), it is better to simply be The Skull, walking quietly from behind, delivering the killing blow and snatching the victory. Consider this decklist from many years ago:

2 Ray of Revelation 1 Swords to Plowshares

The deck has some decent cards. The idea of the deck was that the Phantom creatures would be able to block endlessly. Once they lost their last +1/+1 counter they were supposed to die, but with a variety of permanents boosting their toughness they lived on. Instead, they would block and take no damage. I would use other creatures to do the damage to get wins.

Realistically, the Phantom Menace deck was just that: a phantom menace. It didn't scare anyone. I didn't have the cards to make it better, so I worked with what I had. In spite of its weaknesses, I still won more than my fair share with this deck. I wasn't overpowering anyone, but I wasn't a favorable target and I could steal wins with Armadillo Cloak, Genesis, Glory, and Akroma.

Pounce When the Moment is Right

This is when guile really comes into play. In most games, the best time to make your move is the moment when you are left to face the final opponent. You hope that, by this time, the other survivor has used up most of his or her available resources, bringing you to an even, or possibly better, footing. As you become more comfortable with your group, you'll know when you need to apply pressure to jump in at the right moment. Like Riker and Worf, misdirection and subterfuge will be a key to your strategy. You'll get to know when someone's deck is a significant problem for your deck, so you'll want to work with others to try and take down that player early. You'll learn which players are vulnerable to your feints and which will call you every time.

As a new player, one of the areas where you come in on equal footing with every other player is your sense of gamesmanship. Most regular players tend not to use this, instead relying on their play skill and/or the cards in their decks. While your collection and rules knowledge grows, make guile your ally. This is one place where you can tip the battlefield in your favor.