love wackiness in Magic—big decks full of different cards, awesomely improbable interactions in multiplayer games, and, of course, variant formats and other ways to play. Two weeks ago I showed off some Vanguard love, and I've certainly managed to mention EDH often enough. But there's got to be more out there, right?

Our very own seriously fun, and secret vampire, editor Kelly Digges cooked up his own homebrew way to play: Respawn Magic. I suggest you give it a try if you haven't seen it before. Of course, I'm biased about these sorts of things. 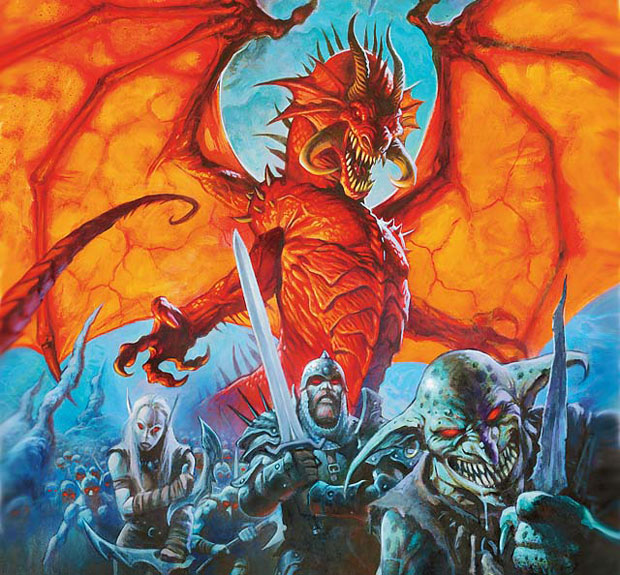 But many of you are just as biased too. Week in and week out readers like you never cease to surprise me with the various different ways you've cooked up to play Magic. However, despite playing and trying new things fairly regularly I haven't brewed up a way all my own.

Before you go jumping to a plane at war, it should be noted that some planes and schemes might be best set aside. The following planes have abilities that don't interact well when the option of moving away isn't available:

And, similarly, here some schemes to watch out for:

Ensuring that schemes and planes don't break what you're trying to do—playing some wacky Magic is generally my goal here—is important but easily forgotten. That said, if you want to play with fire (or extra turns) then by all means check it out yourself! 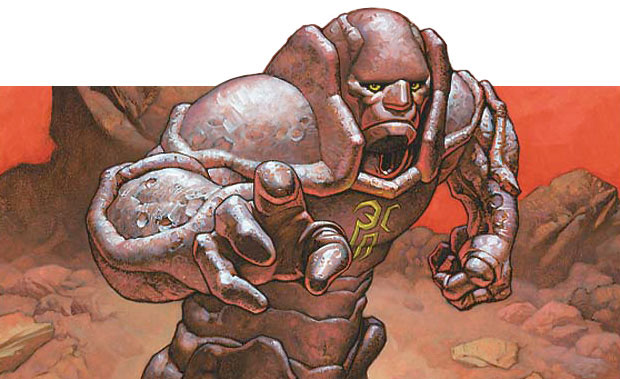 Of course, explaining things doesn't do justice to actually feeling it in action, which is why I rallied a few friends to dive into a planar war with me. To sweeten the randomness we grabbed some EDH decks and paired up.

Steve and Brendan fanned through the plane cards and settled on Feeding Grounds, a solid pick for accelerating and supporting the obviously aggressive Stonebrow, Krosan Hero deck, with Oros, the Avenger and Jenara, Asura of War seeing some benefit as well. The chaos effect alone seemed to be amazing to provide the potential for massive damage.

Shawn and I, with our disparate themes, looked for simply splashy effects that could swing the game in our favor:

Since my deck was laden with artifacts but Shawn's had a scant few we skipped over schemes like The Pieces Are Coming Together and Realms Befitting My Majesty. While I wished I would be able to accelerate and mana ramp we'd just have to do things the hard way.

We had no idea how hard it would be.

With the decks shuffled and places set Shawn and I kicked things off with lands, as did the other side. I followed up next turn with Copper Gnomes, Shawn found a Cream of the Crop.

Turn three is where things got kicked up: Shawn didn't see a third land but had the Qasali Pridemage to filter a bit. Brendan showed the shadow backed Soltari Visionary—recalling the chaos ability for Feeding Grounds—and Steve played both Scuzzback Marauders and Primal Rage. The beats were about to be served. 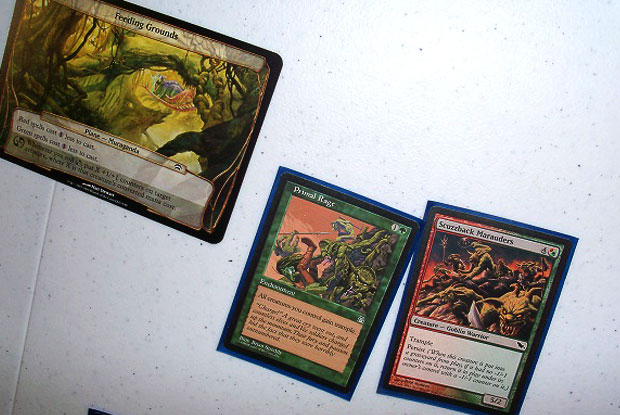 Shawn continued to whiff on lands, and creatures, as I popped my Gnomes for a Dreamstone Hedron to play the mana game. However, the Natives moved forward with "Plan Stomp." Brendan used the chaos ability as promised (ending with a 5/5 Visionary) and sending their team across to knock Shawn and I each to 35. The Bellowing Tanglewurm Steve followed with was even more troubling. 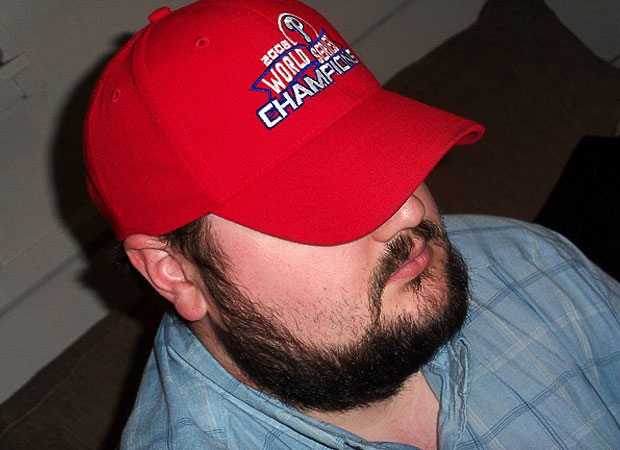 Shawn was stone-face on draws, but reading the board showed his hand.

With Shawn waiting to see land I decided to push forward a bit quicker and play Karn, the Silver Golem on the fifth turn. Which, of course, was an impressive backfire when Steve had Tel-Jilad Justice (to which I responded by using Dreamstone Hedron and Magewright's Stone to still keep a 6/6 artifact creature blocker available).

We untapped and found no land waiting for Shawn. However, I hit land number six and plopped Artisan of Kozilek, grabbing back Copper Gnomes. Could the rally begin? 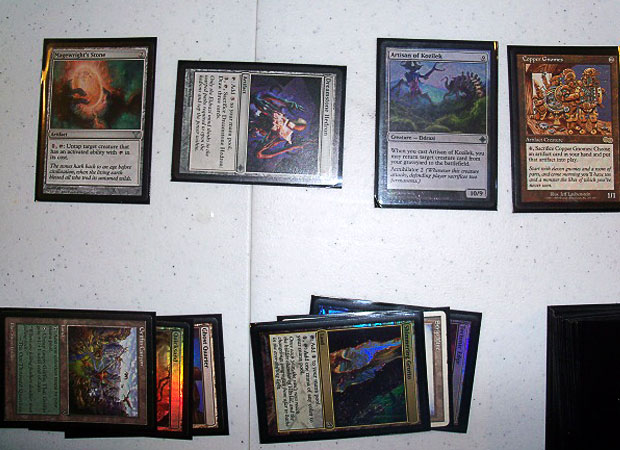 Time to turn things around!

Not yet, as Brendan also had six lands and played Enslave on my Eldrazi ally. Steve used the chaos ability to pump Scuzzback and, through the power of combat, dropped Shawn to 11 and me to 22. Brendan jumped up to 43 for joining in.

Turn seven still kept Shawn off more than two lands and in hopeful desperation I took to scheming, and was rewarded with Tooth, Claw, and Tail which promptly took out Enslave, Divinity of Pride, and Soltari Visionary. Brendan was not pleased. 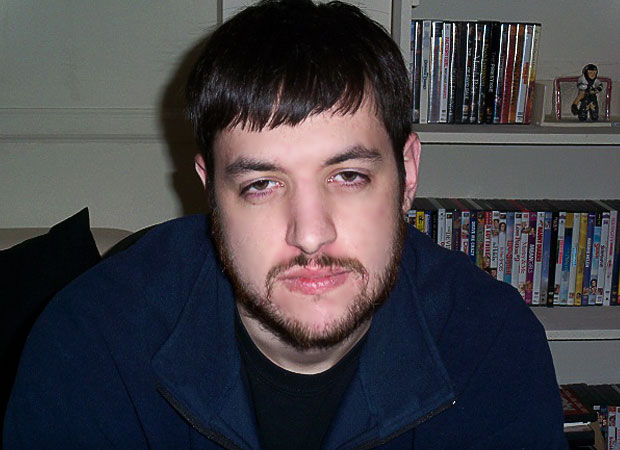 At that moment, Brendan was not the center of all joy in the universe.

I followed that up with a Blinkmoth Urn and we passed the turn. Brendan didn't skip a beat and slammed a Shriekmaw down to tag the Artisan: if he couldn't have it then no one would. Steve laid down the powerful Aggravated Assault and a Garruk's Packleader before thundering in on my life total, which dipped down to just 10. 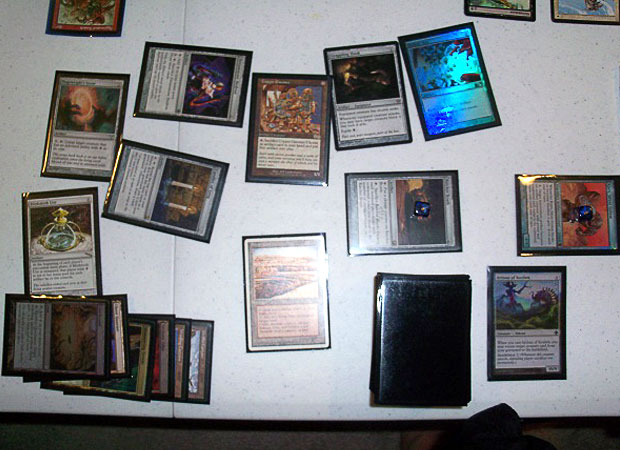 Why is this simply not enough?

With one turn left and just what's on the board, Shawn was still without mana and I schemed into, finding the less-than-helpful-at-this-particular-moment Grappling Hook from Brendan. Even with a bit of Ratchet Bomb and Voltaic Key shenanigans there was no way to stop the oncoming flood of damage. 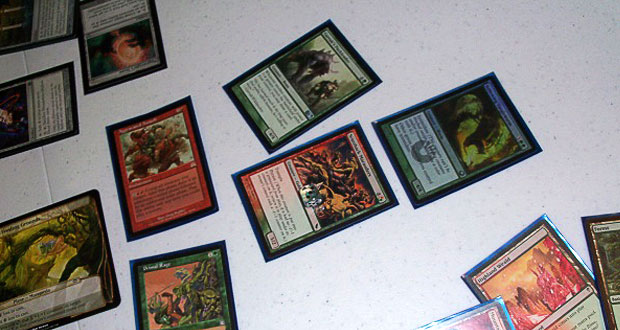 Massive damage to the Invader's weak point: having creatures or removal. 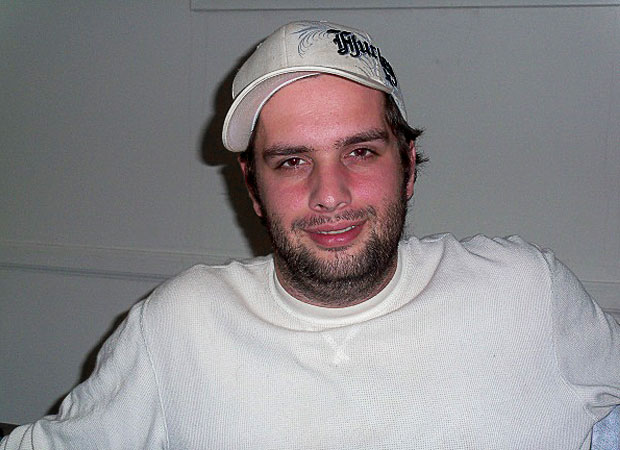 Clash of the Titans

Planar Invaders is one of many ways to get into multiplayer mayhem. If Shawn's deck had been firing on more cylinders I doubt that Brendan and Steve would have had as easy of a time. Choosing a suitable home plane certainly started things in their favor, but one scheme wrecked several turns worth of effort.

I hope you'll give Planar Invaders a try: I'd love to hear what your take on this interactive team format is. When you're ready, shoot me an email or chime in on the forums! I'm sure you won't be alone!

Join me next week when I bring something that I hope is just as infectious. See you then!