'm not a mad scientist. I'm not Merv Griffin. I'm just a twisted soul unleashing cackles of dark joy. Not quite mad, but not fully sane either, I'm ascending into something beautifully dark.

Innistrad is upon us. Horrors, and wonders, lurk within. 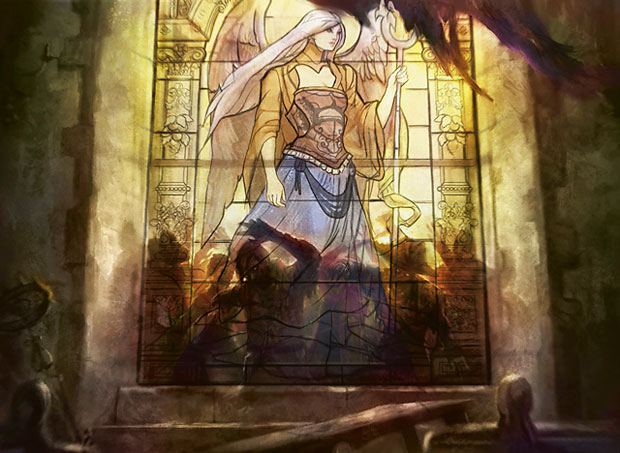 Of course, I'm being a bit dramatically facetious about all this. The creepy crawlies and shadowy beasts scuttling about are exactly why we're here, and it's time to begin cataloguing our new friends.

Almost half of you want stories of Sealed as a way to relay my Innistrad Prerelease experience. As that's queued up for next week (Since, you know, Prerelease Events are this weekend!) I wanted to cover something near and dear to our tainted hearts: multiplayer.

As this week is Innistrad Week, celebrating the impending destruction of booster packaging worldwide, I wanted to take a different tack on a traditional review article. Innistrad features many different things that hunt, and turning that on its head seems like fair play.

It's time for us, and a few choice friends, to go hunting through the freshly filled Card Image Gallery and find our prey: multiple new cards for gaming with multiple friends!

Self-Flagellating For Fun (and Profit)

There is a cycle of artifacts from Tempest I'm rather fond of: the medallions. 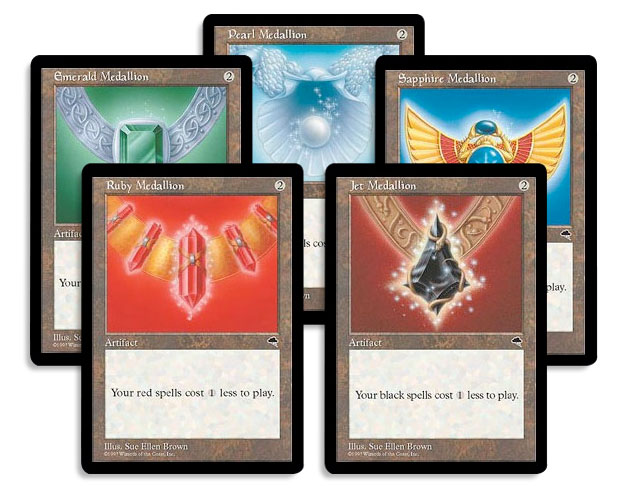 Each one reduces the cost of the appropriate color of spells for you, and they work in tandem to make multicolored spells even easier. There have been many subsequent takes on mana reduction, but the most recent one appears in Innistrad: Heartless Summoning. All your creatures cost a whopping

less to cast with the "detriment" of making all your creatures weaker by -1/-1. Flavorfully, you're ripping creatures through the Æther faster, but damaging them in the process.

This might seem like a bad thing to do, but sometimes it's a welcomed feature. You can see where this is going.

2 Reaper from the Abyss
34 Cards


The goal of the deck is to attack with large, grave-fueled monstrosities. In last week's Building on a Budget, Jacob Van Lunen took us for a spin with Splinterfright, and I liked what I saw. However, this is a slightly different take on living large from the graveyard. Like Jacob's deck, we want to put cards from our library into the graveyard. Unlike Jacob's deck, though, we're in for a longer haul against more opponents, with slower growth that creeps up on the game. 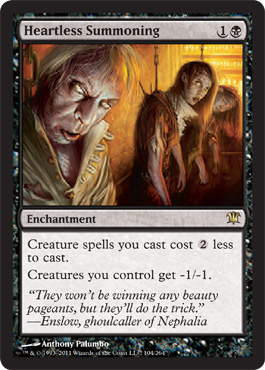 The aforementioned Heartless Summoning does a few things for us: 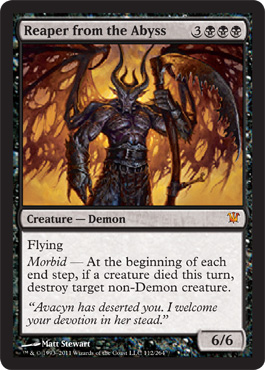 In essence, we get to grow funky interactions into a mass of grungy critters. A few other things we can do:

If all this doesn't spook your local troupe, perhaps hitting at something else classic will.


Token decks are a staple of the kitchen tables I play at, and it's not just because I'm usually one of the players packing such a deck. Innistrad has a strong token theme, and passing this opportunity up would be silly. While blue plays a big role in the tokens you'll find in the set (through cards like Moorland Haunt and Geist of Saint Traft), green and white get their share too:

Pairing new players with old favorites is a failsafe I always fall back to. With Rhys the Redeemed, Jade Mage, Spectral Procession, and Elspeth, Knight-Errant in the mix making so many tokens, Hour of Reckoning and Retribution of the Meek feel right at home too. Culling Dais is a serviceable method of drawing cards, and getting rid of the guys who leave tokens behind upon death. Noxious Revival can obviously rebuy something you want, but it does say "target player" and allows you to help (or hurt) other players' draws as well!

If you did decide to dip into blue, the first addition I'd seek out is Snapcaster Mage. Who needs to get the spell all the way back to your hand when you can just give it flashback? Or we could just use even more cards with flashback.

1 Back from the Brink

1 Back from the Brink
35 Cards


Every time I talk about a zany copy deck, I get a surge of emails talking about more zany copy decks. Zany! Our case here features a few additions from Innistrad that feed the copy hunger we all seem to feel.

The rest of the deck falls naturally into place.

As always, I expect your versions of the same idea to be wilder, wackier, and weirder than I could have imagined. Hit me!

You might be expecting a Zombie or Werewolf deck here. It's certainly a reasonable suspicion to hold, and I will grant that you're correct in that I want to share a deck for each of those tribes. However, you're wrong if you think I'm going to come up with it. 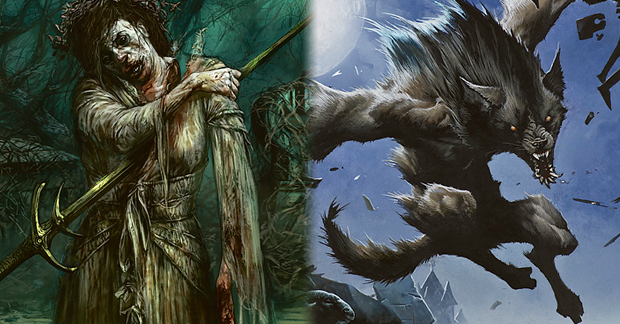 Instead of being the sole provider of wanton tribal adventures, I'm tapping your deckbuilding chops this week! After the Prerelease has passed and the Launch Parties fire off, it will be time to get down on (or up out of) the ground. I'm looking for decks of the lupine or unliving varieties, and the choice doesn't matter much to me, as I like them both. It's up to you to dish up the deck you want to see most.

Send in your best Zombie or Werewolf decklists so I can review and share a few favorites back. The end result will be showing you at least one of each variety of deck in action, and not necessarily through a traditional duel. However you like to play Magic, that's the type of Werewolf or Zombie deck I'm looking for! Don't wait: send in your decklists as soon as possible!

Okay, you do have a little time. I'll be at a pair of Innistrad Prereleases this weekend, so if you're looking to dive into the new cards in person first, by all means jump in that way. Since I tend to get a little animated when I'm excited about Magic, I wanted to ask you if you're just as passionate as well.

Remember that, aside from the Werewolf and Zombie decks, I'm still looking for stories from your local game store. If you're attending a Prerelease this weekend, go ahead and share that too! What seemed to work well? How often, and where, does your local gathering of players meet? How far in advance are events planned or organized? Anything you want to share about playing Magic local to you is what I'm most interested in hearing! (And there is an end result to all this, I promise!)

Join us next week when I can hopefully provide you with an accurate howl count of my own! See you after the Prerelease!