Lord of the Guys

et's get medieval today: lords are en vogue this year, and you're invited to party with the creature elite. It's a formal affair, so you're going to need to brush up on style for the occasion. Lords are particular about who they admit, but the rewards are fantastic.

Being a creature among your elite comes with prestige well worth the effort. 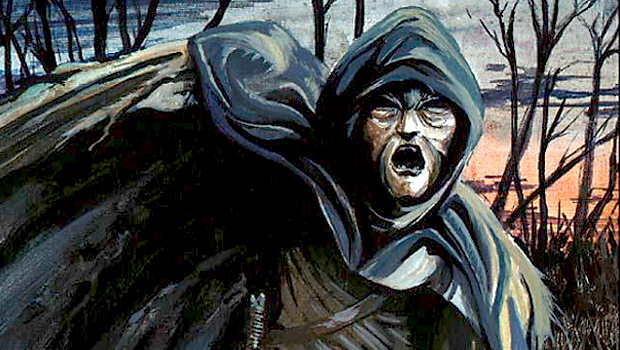 "Lord" in Magic is an anachronistic term inherited from the beginning of the game. Goblin King was not a Goblin but a Lord who granted all Goblins +1/+1 and mountainwalk. Zombie Master was similarly a Lord that granted regeneration and swampwalk to all Zombies.

While the creature type Lord is long gone, the feeling of tribal royalty is still strong. Are you ready to play courtier on the battlefield?

If you want to dance with bones, you need to know the long history of the House of Skeletons: 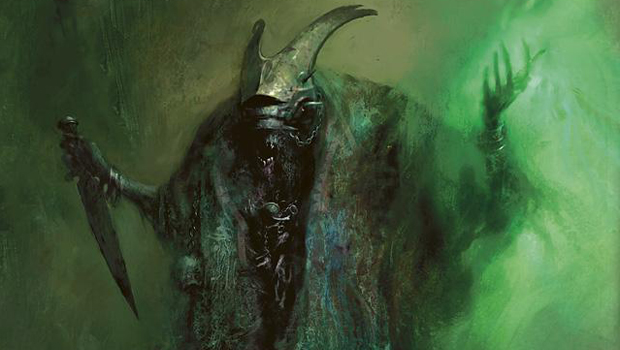 As far as tribes go, the Skeleton tribe has many members but only the aforementioned Death Baron as a lord. (Note: Adaptive Automaton, and to a similar extent Brass Herald, is the "Mistform Ultimus" of lords, and is just generally assumed.) Fortunately, their long history grants them a variety of interesting options.

4 Reassembling Skeleton 2 Go for the Throat


The Skeletons rise! While regenerating, efficient, aggressive Skeletons are fine alone, it's only with Death Baron that they get truly terrifying. When every blow is lethal and they never stop attacking, you can count on an opponent to resort to drastic measures. Reassembling Skeleton, Oversold Cemetery, and Volrath's Stronghold ensure that even if you break the magic backbone behind the Skeletons, they'll still clatter onward.

And don't forget Carrionette for a wonderful way to double up on dicing an opponent's creature: Bone Splinters one away, sacrificing the Carrionette, then activate it's ability in the graveyard! Skeletons are unafraid to recycle themselves for a greater power, and Eldrazi Monument serves as a way to push them over the top. With a Reassembling Skeleton or Oversold Cemetery online there isn't any drawback at all!

The House of Skeletons is not built of cards!

While Skeletons have been rooted in Magic since the earliest days of the Multiverse, Werewolves are relative newcomers. Sure, you can point to the few that existed before Innistrad and Dark Ascension, but they aren't the Werewolves that will be remembered. 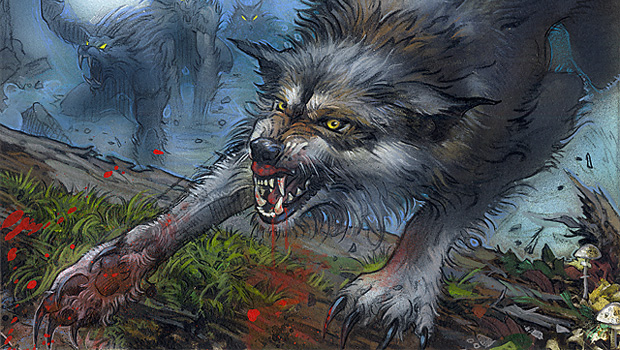 With the gusto and growl of savage predators, the Werewolves of the world have formed a new pact—a covenant built on mutual cooperation from their canine companions: Wolves.


If this were the real world, we'd have a machine that would eat Florence. Storming the gates with a slew of early creatures, backed up by a duo of lords in the Mayor of Avabruck and Immerwolf, the idea is to get in as many attacks as possible. There are two ways this will play out:

While Werewolves and Wolves are scary without any lords, adding the leaders turns the deck away from an average aggressive deck into a salty powerhouse. Remember: If you use Moonmist to force a transformation, your Werewolves won't turn back if Immerwolf is out! If your Immerwolf is out the transformed Mayor of Avabruck (Howlpack Alpha) is even more powerful.

Of course, nailing an opponent with a mid-combat Moonmist is just about the greatest reason there is in Magic to let loose a verbal howl. Try it!

The long-departed are generally revered as founts of wisdom and inspiration. Fortunately, many Spirits like to stick around in Magic, passing on the power and prestige of generations past. Just as you'd suspect, Magic has had a long time to dabble with the ephemeral dead, including multiple sets where Spirits were extremely important. 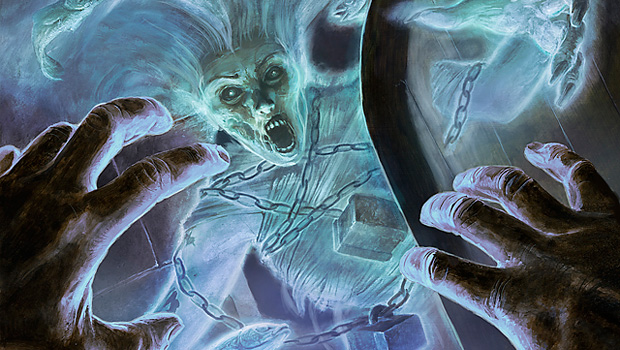 They have not forgotten.

Ghosts of the Past


Now these are the kind of lords that work the hardest. Throughout all of Magic, they've collected a variety of interesting and powerful Spirits with unique effects:

Thanks to Moorland Haunt, killing Spirits isn't a permanent solution. Karmic Guide can attest to that as well. With the creature-based recursion, Spirits eschewed the more prominent spell focus seen in some more recent decks. But make no mistake: they haven't forgotten about Lingering Souls or Midnight Haunting—they just decided those weren't needed here!

Of course, this approach is predicated by having a lord or two floating about. If you're not using Drift of Phantasms to find the Drogskol Captain, it's surely to find Guiding Sprit so you can slowly search out every lord in the deck!

Not all those who parade in the court of tribal affairs are leading a legion of one lineage. There is another way to follow, and in turn be rewarded by, a leader: democracy. Unlike those that share a creature type through what they are, Allies share their strength through what they do. 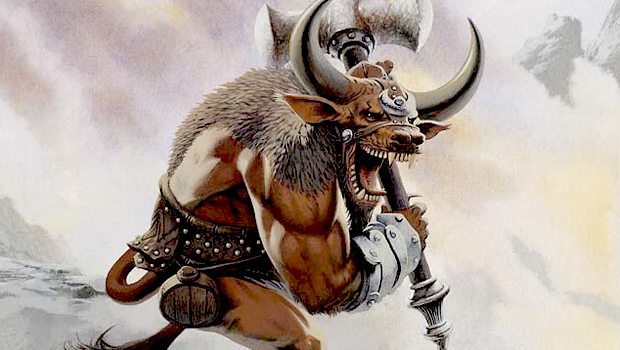 And you thought autocracies were awesome? It's cooperative teamwork that gets the job done.

Vanguard of your Destruction


The Alliance of Allies is a ragtag group of fighters, led nominally by a Kazuul Warlord or other temporary prime minister. Unlike other tribes that strictly require their lords to do the heavy lifting, every one of the Allies contributes small pieces along the way. Individually, each would be a difficult argument to call a "lord," but when you begin adding them up the mass effect of rallying races as one can overpower any threat.

There are a few individuals who can stand up as the leader for a time, each bringing something different to the table:

When I've touched on Ally decks before, it's generally been as a heavily multicolored affair. This approach is much more in line with the usual tribal expectation of two colors. Never forget, however, that Allies recruit from all colors of Magic, and therein lies the greatest strength of all—there are more lords to lead than in any other group.

While I've specifically avoided some of the most common lords you will find—Goblin King, Cemetery Reaper, and many more—I just couldn't resist taking up the environmentally conscious banner of the Elves. 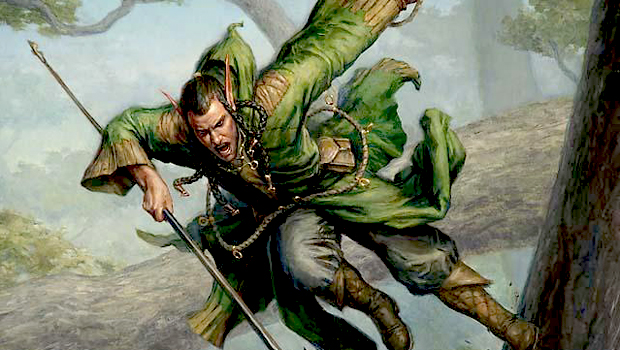 Elves are arguably the oldest tribe to be formed, and the most favored among fans, but it wasn't until Invasion—nearly to Magic's midpoint to today!—that Elves received a "modern" lord in Elvish Champion. I am obligated, though, to point out that Eladamri, Lord of Leaves came shortly beforehand.

Since their modest start, Elvish lords have leaped to the forefront in count, giving us many more over the years. And just like the other gaggles of creatures we've rounded up today, Elves are significantly more frightening when one or more lords show up to the party.


Of all the lords, it's those of the Elves that are most interested in recycling and reusing. They don't like to waste much, and this take on the elvish lords shows just that.

I'd share much more interesting things about the elves, but they asked that I stay brief on their behalf. Conservation is a skill hard learned, and elvish trust is hard earned. I think you can understand.

It's impossible to discuss lords in Magic without focusing on the related tribal themes. But it's important to note that while many creatures can stand on their own, lords are one of the few kinds that demand support. Elvish Archdruid in a deck without Elves is a slightly spruced-up Gray Ogre. Drogskol Captain without any Spirits would just be a harder-to-cast average creature with flying. Even Adaptive Automaton, the most varied and practical of lords, would be lost without a few of the same creatures to sign up for. 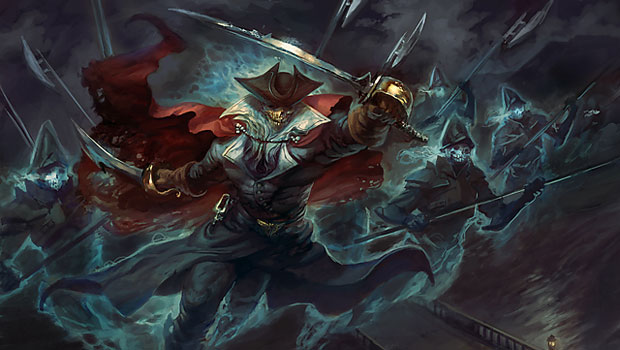 Lords are awesome and they command adoration because they form a highly desirable glue for tribal decks. Piling up any number of the same types of creatures is great, but it's adding a lord or two that turns a small gathering into a block-busting house party. It's a symbiotic relationship, and I'm always proud to see the new faces of lords unifying tribes all over again.

So why did I just cover a few creatures types and their lords? It isn't that Zombies or Goblins are undeserving of our attention, but that I wanted you to vote on a tribal deck I should put together to play—and I selfishly wanted you to choose among the decks I'd want to play myself!

It's going to take a little time to get the physical cards I need, but fortunately I'll be able to swiftly share the winning list through Magic Online sometime in the next week or so. Follow me on Twitter (@the_stybs) to catch the news of when I'll be bringing the lords to bear!

And because I always like to ask you questions, last week's Bear Hug exercise resulted in many great ideas. Most importantly, it also ended in you voting for the future commander that we'll build an awesome deck for!

With a significant margin, Karona, False God took the title of Bear Hug Commander. With Avacyn Restored not too far in the future, I think we'll map out our options and discover the path to mauling with love together as we add some awesome not-quite-yet-time-to-be-revealed cards.

Join us next week when we finally square away a loose end. See you then!