Multiplayer in a Few Packs

ultiplayer is a curious beast. While we often spend time putting particular effort into "multiplayerizing" our deck ideas, how often are these decks the sixty card size? Have you ever had to craft and coax a deck "for multiplayer" out of something a bit more restricted like, say, six booster packs? 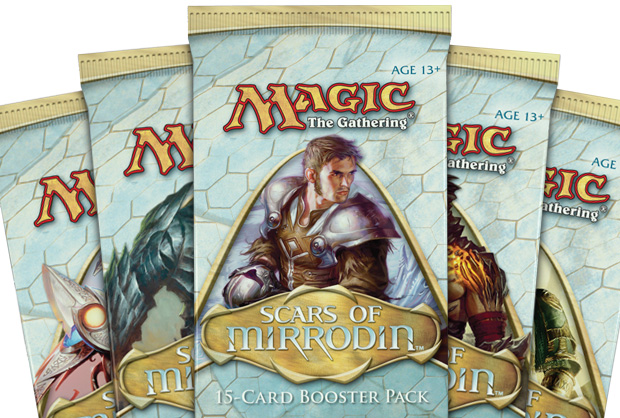 While I've talked about a Sealed League before I haven't shared exactly why multiplayer is such a huge part of the leagues my local troupe have generated.

And why you, too, should consider flexing multiple players into your Limited games.

Limited—any time you choose to play by drafting booster packs or using only a set number of boosters to create your deck—is usually in the domain of duels. There's certainly a strong appeal to having just two of us sit down and duke it out without the limitless resources of all of Magic available to us. It's part of why drafting and the like is so popular: it's darn good fun. 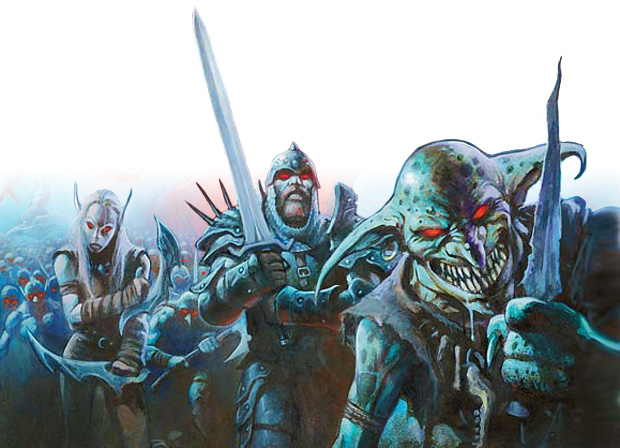 But the complexity of multiplayer games is usually set aside. Sure, there is an exception in Two-Headed Giant Sealed (a staple of Prerelease Events and Launch Parties for new sets) but we all know there is so much more to multiplayer than just two heads becoming one.

Why set aside multiplayer in Limited? There are a few reasons, actually:

And all of these reasons have their merits, but it's not the whole story:

For nearly every Sealed League I've been in, you can earn points just by playing and it didn't matter which you were playing—duels or multiplayer—but that you simply were playing. Not everyone likes every way to play but providing more than one option is always part of what we do.

And keeping games moving normally involves making attacking more desirable than simply hanging back. We've come up with what we call the "Rumble Rule" for our multiplayer Group Game Drafts and this year is the first time it's being applied to the league. Attacking is usually a fun thing and now there is more reason than ever for us to get in there.

Finally, the past few years have brought many sets focused on more restrictive ideas: Shadowmoor, Eventide, and the entire Shards of Alara block had a lot of multicolored cards. Lorwyn and Morningtide were all about creatures and their subtypes. Zendikar block had several cards that required a lot of a single color. Everything pulled us in specific directions that made considering multiplayer in Limited pretty tough.

Scars of Mirrodin, however, is a multiplayer Limited deck-building dream. The theme of artifacts ensures that we are looking hard at the grey cards we find in our hands and provides things to do even if we don't have all the colors of mana we need in a given moment: colorless costs could care less about the colors we use. This isn't to say that there aren't other considerations to take in mind, just that when you have more than just a handful of artifacts in your deck you'll always find something to do.

A Case Study in Brewing

While reading about how the possibilities in Scars of Mirrodin are diverse can be fine, let's get our hands dirty and dive into some deck building. Here is my starting sealed pool for my league. Build the multiplayer deck you would want then click on the reveal link below to see what I had brewed up.

(Pro Tip: Write your deck list down and post it on the forum! I'd love to see how you thought about everything!)