eroes seem to be everywhere. There are times when the media would have you believe that everyone is a hero. Roughly defined, heroics are brave deeds and noble qualities. In Magic, Setessa, Benalia, and Kinsbaile are just three places it the Multiverse that have heroes. Heroes are devoted, reunited, remembered, and reborn. In short, there is no shortage of heroes or heroic acts in Magic.

Like I said, heroic is a tough sell. This is not to say that there aren't heroes out there that I admire, in spite of the overabundance of heroes out there. I've included a few new and old heroes in the list below.

My love for creatures that get better with more opponents is well documented. A card like Agent of the Fates provides you with two possibilities: an opponent has only expensive, highly valued creatures and is forced to give up one of them, or an opponent discards a 1/1 token without a thought. In the first scenario, you have successfully rid the board of a problem creature that others probably wanted dead as badly as you did. In the second scenario, you earned almost no benefit whatsoever, but did not irritate your opponent either. While the first scenario is much preferred, the second one isn't actively bad.

If you have some way to repeatedly target the Agent of the Fates, this card becomes far better.

If you aren't from the Boston area, you may not know Jeff Bauman. Bauman used to work at the Costco I shop at almost every week. Everyone liked him and he was a generally upbeat guy who was fun to be around. He lost both legs during the Boston Marathon Bombing. The picture of him being wheeled away from the bombsite became one of the images that seemed to run with every article about the bombing.

At the hospital, he spoke to police and other officials about what he saw before the bombings. More importantly, Jeff continued to be the upbeat person he always had been, in spite of the loss of his legs. He visited other bombing victims at the hospital, doing what he could to keep their spirits up. He became the symbol of resiliency and the refusal to lay down. Nobody displayed the "Boston Strong" attitude like Jeff Bauman. He threw the opening pitch at a Red Sox game and stood on his prosthetic legs during the Stanley Cup Finals.

If you are from Canada and you don't know who Terry Fox is, your passport should be revoked. After losing a leg to cancer, Fox started a fundraising drive called the Marathon of Hope. His plan was to run across Canada on one good leg to raise money for cancer awareness. After running approximately a marathon a day for 143 days, he discovered he had lung cancer and died before he could finish his run.

The Terry Fox Run continues each year. Over $500 million has been raised through donations from this once-a-year event. Roads, schools, buildings, boats, and even a mountain were all named after him. His image has appeared on stamps and coins. He was everything anyone could ask a hero to be.

We have seen an explosion of these Syphon Soul abilities in the last few sets. Normally, I'm all in favor of cards that get better with more opponents, but if this is what you are going for, you are far better off just running Thrull Parasite. The Tormented Hero has an extra point of power, but if you are planning to use it for its ability, why would you attack with it, where it is vulnerable to practically every direct damage spell and creature? Using it for its ability means that it only works when the Hero is targeted. This drastically reduces how often you'll be gaining life. The Thrull Parasite will gain you a life every time you play a spell and have a single mana to spare. The Parasite even has another ability that can be useful in a variety of situations. The Tormented Hero is far more tormented than hero.

Arguably the greatest hockey player ever, Orr revolutionized the way defensemen played the game. His fluid skating style and nasty temper made him the dominant player of his time.

Much of what makes Orr a hero has been his work off the ice. Orr made regular visits to Boston Children's Hospital. He supports his friends both emotionally and financially whenever he can. Most of his charity work is unknown, as he has made a point of keeping the media out of his charitable efforts. Few athletes, more than thirty years after their retirement, continue to be in such demand and give of their time as freely as Orr. As much as his efforts during his career brought the fans to their feet, his quiet determination to always do the right thing is what makes him a hero.

I think just having Artisan of Forms and a card in hand will make many opponents think twice about playing their amazing card. There are plenty of cards that target Artisan of Forms, making it hexproof or unblockable. Knowing that the Primordial or Titan in your hand could suddenly appear across the table with hexproof or be unblockable the following turn can really dampen the delight that comes with playing a Sylvan Primordial!

The joy in multiplayer games lies in the comfort of knowing that, with multiple opponents, someone will play something worth copying. In fact, there is a very good chance that the creature you choose to copy may be able to take you a long way toward winning the game.

Just a couple of other points. Being a copy of the creature does not end at the end of the turn. While many heroic effects run out at the end of the turn, just like a +1/+1 counter, this effect just keeps going. The second point is to keep a card in hand. If you have made your Artisan of Forms into a beatstick, you may have left it vulnerable to removal. A card in hand (with mana available!) can act as a deterrent, even when it is just a land. 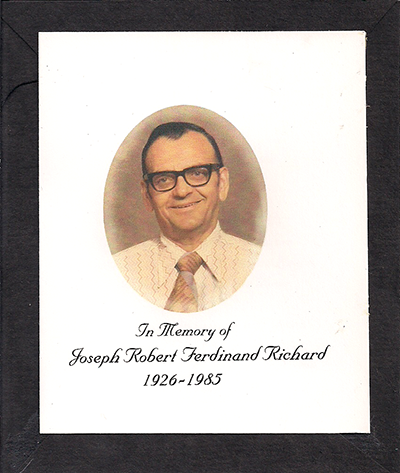 His accomplishments are not something you can find on the Internet. He didn't raise a bunch of money, or inspire a nation. He wasn't a great military leader. He overcame polio as a child. He worked his entire life. He married and helped raise two sons. Everyone who met him liked him. He had a funny story for everyone and an ear when anyone needed someone to listen. "Uncle Bob" was the favorite among all his nieces and nephews. As a father, he knew his children were watching him, so he taught them to do the right thing by doing the right thing. He passed away when I was thirteen. There is no bigger hero than my Dad.