Never Tell Me the Odds

veryone has their pet peeves. Most of us have a Magic pet peeve. That little thing that opponents might do that just drives you crazy in a way that is far beyond what most people would see as an appropriate reaction to such a minor annoyance. An example of this is the reaction many people have to card flicking. More than one person has told me that the constant card flicking of an opponent has led them to want to lean across the table, snatch the cards, and launch their opponent's cards back at them with the force of throwing stars, leaving the opponent with wounds akin to Theon Grayjoy's.[1]

My pet peeve is not something that is as commonplace as the hatred of card flicking. As far as I know, I am the only one bothered by it. It doesn't lead me to wish physical pain upon my opponents, it just leads me to wonder why so many people choose the coward's way out.

More specifically, I can't stand it when players choose an opponent to attack at random. You know the situation. Jim sits with an early creature on the battlefield and an opportunity to attack someone. His opponents are all defenseless. It is very early in the game; this will be first blood. "Who to attack?" Luke muses. Why choose? Just roll the dice and let Lady Luck make that decision for you. "Sorry Ben, it was you, Leia, or Han, and Chance picked you. Better luck next time!"

I expected more from a Jedi knight.

Just to be clear, the act of rolling dice isn't where I have a problem. I roll dice to pick the deck I play for most of my games. I discovered I was becoming predictable with my deck selection and players were choosing their decks accordingly. I switched up to prevent a metagame disadvantage. I approve of choosing who starts first with a random die roll. I'm even okay with using dice to keep track of life totals, counters, and occasionally token creatures (as long as I can tell when it is tapped).

I'm not even opposed to randomness in games. I like Ral Zarek and hope to get to use his coin-flipping ultimate ability some day. I built a Ruhan of the Fomori deck and randomly attacked people each turn. I think I even like Goblin Test Pilot. I like variants like Planechase, which ramps up the randomness as each player rolls the Planechase die to go to a plane that may or may not be better for him or her. Randomness built into the game is part of what makes the game fun.

My problem comes when a player has the opportunity to make a choice in the game, then opts to give up that choice to randomness. When Luke can pick which opponent is the most dangerous and attack him or her first, he is giving up an opportunity and is making it just that much harder for him to win. Why is he choosing to play a strategy game and then refusing to think strategically?

I have asked several people why they choose to give up this advantage and heard many answers.

#1: I don't want to be seen as picking on an opponent.

Many have said that they don't want to be seen as unfairly targeting an opponent. The fear is that they will be treated as though they are out to spoil someone's fun by targeting that person.

This is just sour grapes. If you have made a determination of who/what should be targeted, then it isn't unfair, it is you playing the game. It is unfortunate that your opponent was unable to stop you, or poor strategy on his or her part to make him- or herself into the opponent most threatening to you. It is far less fair when you determine who to attack based on a die roll. Either your opponents have carefully structured their games to put themselves in positions where they are not threatening, or they have drawn poorly and are in truly weak positions. When you attack anyway, simply because of a die roll, their efforts are undone. Where is the fair in that?

There are some players who intentionally create the reputation as someone who will target an opponent for death if they are attacked. These players have fostered this reputation as a way to not get attacked in the early game. This leaves them with an advantage, since the occasional, opportunistic early attacks are not sent their way, giving them a few extra life points in each game.[2] 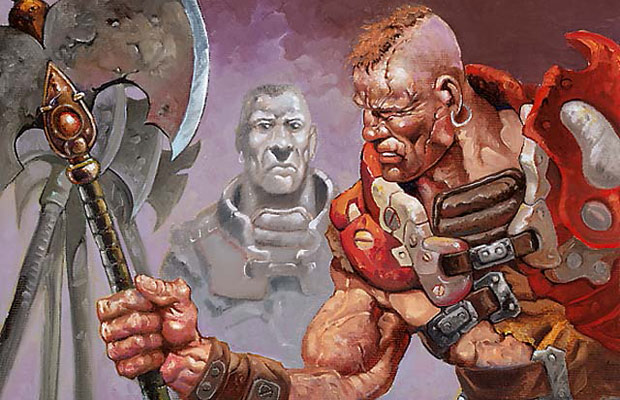 Some players choose an opponent at random with the belief that these players (I'll call them Player X) won't attack them out of the game if the attack is chosen at random.

If only this were true. If Player X is threatening to attack whomever attacks him or her, he or she is going to act on that threat, whether he or she is chosen at random or not. Why would Player X go to the trouble of cultivating this reputation, only to ignore it if he or she is randomly chosen? Player X will strongly suggest that you do not include him or her as a possible target when you randomly choose targets. If you happen to play against an opponent who actually does respect the random die roll, try this out. Rather than choose your target at random, simply choose the best target beforehand, roll the dice, then attack whoever you decided to, explaining that it was chosen at random. This will mollify Player X and give you back the chance to choose.

This is most often seen in the early games, in situations like I described with the Star Wars example above, but can happen at any time in the game. It is early in the game and no one has done anything of note yet. How is someone supposed to determine the most threatening player at this point in the game?

Anyone who has played multiplayer Magic for any length of time will recognize that statement for the cop out it is. There are so many ways of gathering information, even early in the game. Look at the board position. Is someone setting the stage for a future unstoppable combo? Does someone have an enchantment in play that currently appears harmless but will become a nightmare later on? Is there a creature that needs to die?

It isn't just the battlefield that can guide your decision-making in the early stages of the game. Do you recognize one of the decks your friends are playing as a deck that you, playing with your current deck, will have problems with later on? Look at who is holding all the cards in hand. Often, there may not be an obvious threat on the board, but one player has a full grip of cards, while the others are down to their last two cards. You can even look at life totals. I don't recommend that life totals be your sole determiner as to whom to attack,[3] but they can certainly play a part. Even the colors your opponents are playing can be considered. It will give you some loose idea of what each opponent will be able to do, providing you with some basic level of threat assessment when there isn't much information out there. 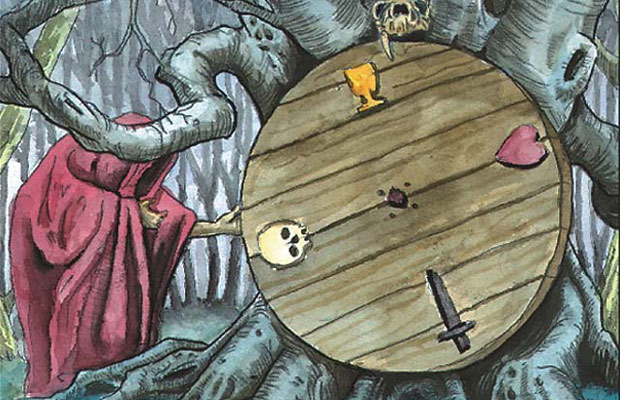 Finally, something many players simply fail to consider when determining whom to attack are the opponents themselves! You are probably playing with players you've played with and against many times. You have a pretty decent sense of who the better players are, and who the lesser players are. This is a solid indicator when determining who is the primary threat and what you should be doing. Rather than roll a die, you simply have to consider the options in front of you and act accordingly.

There will be times when your assessment is wrong. There will be times when your assessment will change based on new information. These things happen all the time. We are dealing with a game that offers imperfect information. It is one of the best things about Magic.Magic is all about making decisions based on the limited information we have. As our abilities to make decisions based on this limited information improves, our ability to play Magic improves. As we get better we reduce the random result of the game by degrees. Rolling the die simply means that you are agreeing to lose more often, and it gives no benefit for doing so.

So you can see how giving up a part of the game that you control to randomness would be a pet peeve for me, and now hopefully a pet peeve for you too. The difficulty is what can be done. Right now, almost nothing is done. Most groups don't even think about it. One player rolls a die and someone ends up taking 2 points of damage. Move on. No one even thinks about it.

But there are those of us who do think about it. And what are we going to do about it now that we are aware of it? You are going to put the dice away. You are going to take this beautiful game of strategy and think about your best option, rather than flipping a coin and giving up an opportunity. As for the rest of them. Those players who continue to give up hard-fought edges in games to Lady Luck. What are we going to do about them? 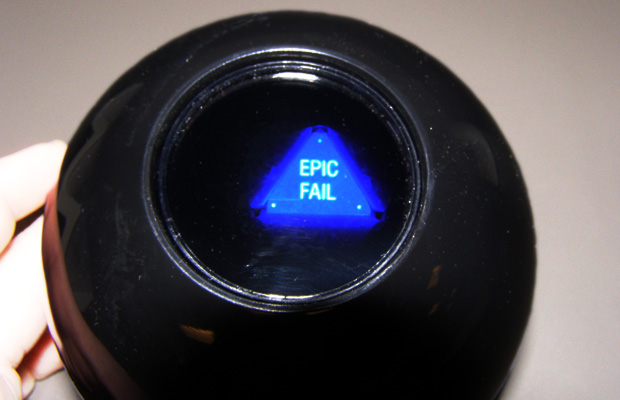 That's right. It annoys me to see players throwing away opportunities, but every opportunity your opponents throw away is an opportunity you gain. So the next time someone in your playgroup reaches for the dice/Magic 8 Ball, trusting that the Force will guide him or her, grit your teeth and smile. The odds of you winning just went up!

[1]For those of you unfamiliar with Game of Thrones...
As I say, a slight overreaction to card flicking.[Return]

[2]This will be a future article topic. This style of play is not conducive to a healthy play group and needs to be nipped in the bud.[Return]

[3]A sure sign on a newer player is the one who always attacks the player with the highest life total. Barring a life gain deck that sees its life total creep into the stratosphere, a few extra points rarely determines who is the biggest threat at the table.[Return]