agic isn't a new game. Unless you're using a Rosewaterian definition for it, Magic has been kickin' it since 1993. I'm 28 years old, making me just 9 when it first released. While "my generation" can mean a wide range of ages, those who play Magic and are aged similar to me often have stories like mine: learned it in school from friends, bounced in an out throughout, and settled into it fully when plenty of time and income became available.

Working for The Man has benefits, you know?

It wasn't that long ago when I was coming into this era. I was organizing drafts as a Resident Assistant in college. I had new friends thanks to the social glue of the game. I found out my boss used to play and still had many of his cards.

I also discovered other mutual friends who had played too.

While they were content to only recall the good old days, I carried on cracking open packs for new cards. And after one year led to another, I found myself writing about the game I loved. It's a heartwarming tale of triumph, if I do say so. 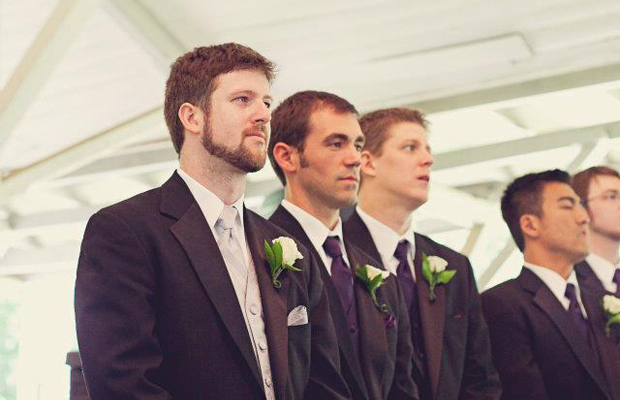 Those friends I met in college followed along with my growth. Matt and Jeff, the first two from left to right, both enjoyed Magic in their youth. While Matt has gone on to greatness playing Dungeons & Dragons as regularly as I'd like to, Jeff was bit again by the Magic bug. He's been attending Friday Night Magic. He's been reading and finding cards. He's been itching to play every time we meet.

He was due cardboard justice.

It was Matt's idea, but it made perfect sense to both of us: For Jeff's birthday, we'd rock some cards and relive the days of gaming long into the next morning. Now, as married adults, and two-thirds of us with kids to boot, these types of adventures take planning. Matt laid out the work of getting Jeff to come down to where I lived, and I laid out the secret Magic behind the scenes. 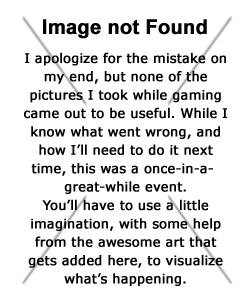 Jeff's selection of cards for FNM was lean. Although he was angling to battle in Standard, his collection was filled with things usable in Legacy. While there are a few ways to build up a collection (starting with a visit to your local game store, which Jeff was already onto), it didn't take rocket science to calculate that Sealed was going to be the most helpful here. Between the booster boxes of Avacyn Restored and Magic 2013 that were acquired for him, I knew he'd leave with plenty of cards.

The issue was making Limited last through twelve hours for just three of us. 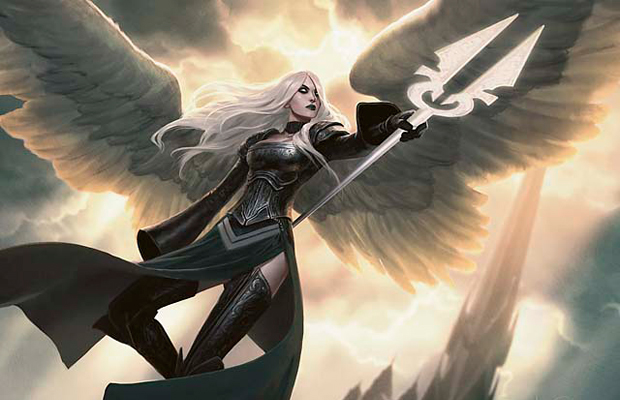 Sealed is a straightforward way to play. Crack open a few packs, build a deck of at least forty cards, and play. The only way it's any simpler is if you just have a deck handed to you. For multiplayer, I prefer that each player open eight packs instead of the usual six, but feel free to change that number however it suits.

Playing Sealed is just as fast. Our first game saw Matt, Jeff, and I bring our most powerful decks to bear. Thanks to some life gain, Rise from the Grave, and an endgame Garruk, Primal Hunter, I was able to emerge victorious. It only took us two hours to reach the end, even with a stop for dinner.

But that first Sealed game was only the beginning. With Game 1 in the books, it was time for Second Sealed.

Second Sealed can lead to a few strange decisions. All of my removal spells were black, so when I wanted to switch into another color with kill spells there weren't any choices. The coolest card I had left was a premium Krenko, Mob Boss, so I decided to go all-in on making some Goblins. A sprinkle of white for some tokens was all I had in an otherwise very strange red deck.

Since Matt was the first out in the first game, he went first for the second.

Matt and I led off with early creatures, his Tormented Soul to my Goblin Arsonist, and had follow-ups on the second turn: my Wild Guess wasn't as awesome as his Ring of Xathrid.

Matt equipped and swung into Jeff during the third turn, on which Jeff added a handy Giant Scorpion. When I pointed out my Arsonist could jump into a Scorpion and kill the Tormented Soul, Jeff gladly blocked.

"Well that's not very nice!" Matt was quick to point out.

"It's my birthday and Adam gave me a gift. Why can't you be nice?"

The twinkle and grin on Matt's face should have tipped me off that he had anything but that in mind.

Adding a Rummaging Goblin was promising for me, since it would let me send away things I didn't need, but Matt was still one step ahead by casting Disentomb for his Tormented Soul, which reappeared re-equipped on the battlefield.

Jeff added the deadly Vampire Nighthawk to his side before my chance to play a Ring of Valkas.

After a round of poking each other, Jeff upped the ante with Shimian Specter as I got a good hit in on him with a fresh Bladetusk Boar. Haste from the Ring of Valkas was very handy!

However, Matt decided to slow me down before I could get carried away. Bloodhunter Bat drained 2 life from me and gave it to him, and Tormented Soul was ratcheted up to a 3/3 when he hit me back. Jeff's Shimian Specter dropped me to 9 life and rid my world of Furnace Whelp.

The Mutilate that followed left me with only my lands and Ring of Valkas in play, as well as only a Captains' Call in hand.

While I could give Jeff a prick back by giving haste to one of my new Soldier tokens, Matt had yet another Disentomb for his Tormented Soul. Jeff entered a series of turns without drawing a Forest, and Matt had back-to-back Ravenous Rats as his Soul continued to hit home in ever-increasing chunks.

When I played a Mindclaw Shaman we got to peek at Matt's hand, and found Acidic Slime with two copies of Prey Upon.

While I got to take out one of his Rats as well as a Prey Upon, thanks to the Shaman's triggered ability, Matt ripped a Duty-Bound Dead off the top to accelerate my doom.

Torch Fiend finally took out the Ring of Xathrid Matt had used all game, but the permanently 5/5 Tormented Soul finally tormented me to death.

After casting the second Bloodhunter Bat of the game, Matt was no longer able to keep Jeff away from Murdering the Tormented Soul, playing his first Forest, and casting Elvish Visionary to equip a Ring of Kalonia. The birthday boy was making a rally!

But like a champ, Matt's deck answered back with Silklash Spider, and a flying attack dropped Jeff to 5 life. Jeff's Vile Rebirth into Prey Upon killed off Matt's Bat, and the waiting Acidic Slime took out the fatty-making Ring of Kalonia. Without a way to make a big creature happen, Silklash Spider quickly closed out the game for Matt.

And, yes, it was awesome to see Matt take back a win. 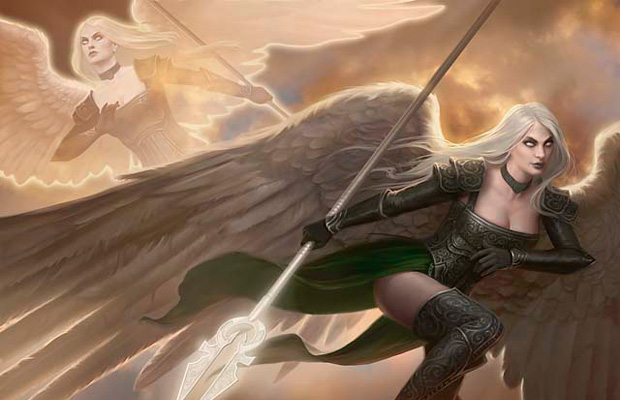 We three went on for hours thanks to the box of Avacyn Restored and a brief intermission with Magic: The Gathering Commander preconstructed decks. The difference in how sets can feel for multiplayer was a new experience for Matt and Jeff. Avacyn Restored saw us build incredibly fast, flying, lifelinking decks for the first game, but had the best multiplayer game of the night in Second Sealed. Aggravate can do some awesome things!

In the end, Jeff left with dozens of cards he was looking to play with and will be sharing Second Sealed with the crew at his local game store. While cards were a physical reminder of the experience, gathering friends for some fun meant so much more.

GenCon Indy has already passed, and it was an awesome experience in a very different way. I wanted to take a moment to thank, again, everyone who gave just a little bit of their precious time in Indianapolis to meet and greet me. It's stuff like that makes me love what I have the privilege to do.

Whether it's the largest gaming convention in the United States or the two friends you rarely get to see, gathering for Magic is always what it's about. Join us next week when you get to do all the talking and show us your stuff!