hat does it mean to be a member of a guild? Are you fulfilling an identity, letting yourself become absorbed into the greater whole of your comrades? Are you aligning your goals for mutual gain, achieving personal belief as your carry others forward?

Guilds are about us doing what we want with other players who happen to want to do that, too.

It's compelling to self-actualize—realize our self-fulfilling potential—en masse. What you and I may want to do can be dramatically different, but within our respective guilds it's an awesome experience mutually shared. And while each of our guilds will work to our separate goals, there's one guild that believes in something even deeper. 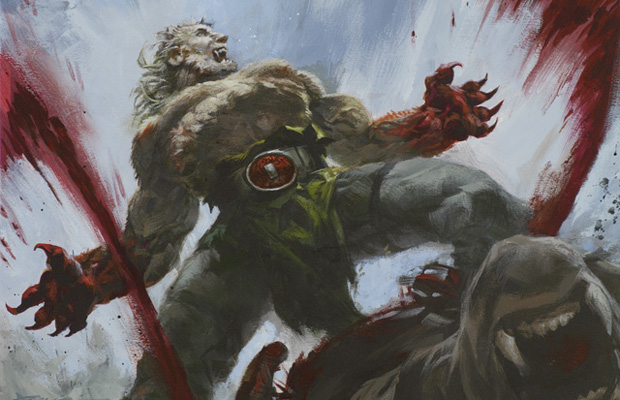 It's Gruul Week, a celebration and exploration of how the guild of red and green exists. What you may think the Gruul believe in at a glance (smashing and bashing) is hiding their deeper meaning: the individual self is important relative to others. It's subtle, but what the Gruul rage against is the force of society requiring individuals to give up their own identities. What's more natural than each of us simply being what we are? Strength determines leadership, but only you determine what you do. If you have the strength to defy leadership, then so be it. No thought or rule should constrain what you are.

The Magic of Magic

Gruul Week may seem a strange place to be philosophical. However, the more I look at how the Gruul work and why they deliver the destruction they do, the more I can see beyond it to their focus on individuals. Individuality is something that's inherent in Magic. It's the secret sauce that we love: you can do whatever you want to do, but we all play within the same axiomatic rules.

Where is this going? I'm reminded of an older Anthony Alongi format, Hypsometry. The idea was simple: Over the course of playing several games, points accrue from achieving goals, and an ultimate winner is determined from the most points at the end. It's somewhat similar to the Prerelease achievements you've already seen, but with a focus on discrete, game-based objectives rather than creating a social experience.

As a reminder, Magic itself is a social experience. We're still different people playing together! Some of you are enjoying your local Gatecrash league, and that's an awesome way to enjoy playing multiple games in a night. What that league does is make tracking points as simple as counting your wins. Commander Rules Committee member Sheldon Menery has written about using a league and points system to corral the Commander experience at his local game store, using points for behavior independent of victories.

When I went through Gatecrash to build more guild-based decks for sharing Magic, the idea of a guild-based league resonated. If guild decks can help each of us achieve our own desires and relate to the game, then why can't the same be applied to a league? Victory in and of itself isn't the only thing most of us want out of a game of Magic. 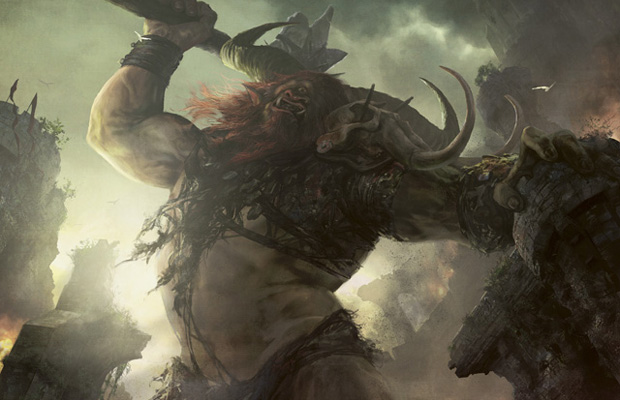 The point is, while systems can work well, and are useful tools for creating fun for a group, they're also something the Gruul would generally dislike. These extra rules can get in the way of whatever they want to do, which is usually just demonstrating strength. Demonstrating strength, in Magic terms, means winning games.

I didn't have an easy answer to creating a guild league that included the Gruul in a way that felt natural, until this week.

While this is very much a work in progress, any league system should be adaptable to its participants. There is no truly universal set of rules, so take everything shared today as a suggestion, and talk with your fellow players about it. Whether it's three of you playing a few multiplayer games, eight or so too big for just one draft, or an even larger group that can gather weekly, playing by guild can help you get more from playing games.

While a name like Guild League implies an ongoing process, there's nothing that stops the same rules from applying for just one night with just a few tweaks. Let's start with the set up.

Of course, earning points in a league is only as interesting as how you can do it. Remember, each of these must be achieved within one game, but only one point can be earned by each goal per game. Here is a sample of five goals for each guild, although there are many more possibilities to explore. 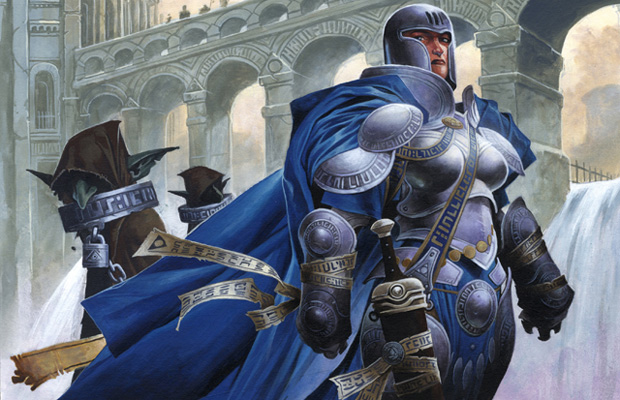 The law-crafting, rule-making guild of lawyers and judges are satisfied creating order in the game. Auras and enchantment in general are rules made manifest, but countering spells and detaining permanents are more direct ways to exert your will. 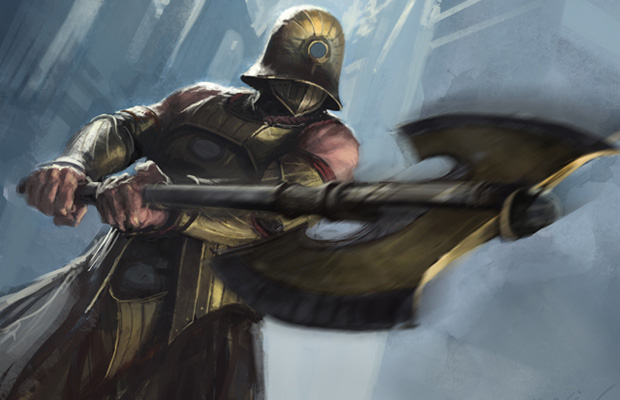 The Orzhov share some similar goals with the Azorius, but their will creates attrition and debt. Draining life from opponents, and bringing the dead back to serve again, suit the guild of currencies. 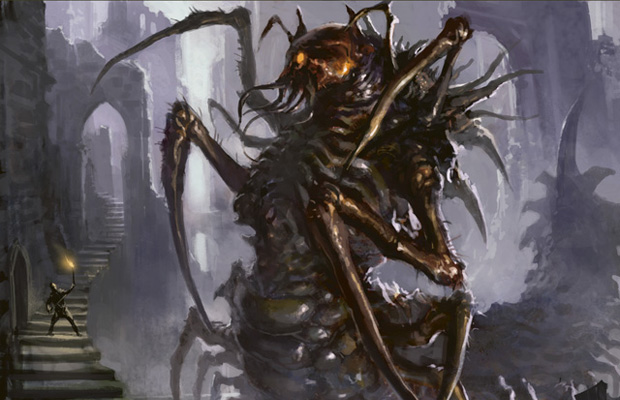 The Dimir follow the secret paths and alternative victories in the game, and putting cards into an opponent's graveyard—either directly from the library, by stopping others' activities, or by subverting creatures in play—feels right for a wretched hive of scum and villainy. 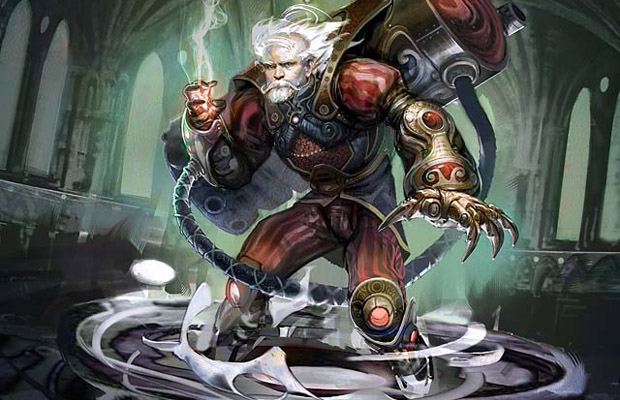 The mad scientists on the forefront of Ravnica's engineering look only to interact with the plane around them. Overloading spells, drawing cards, or creating mayhem on and off the battlefield all suit those who appreciate intelligence within the chaos. 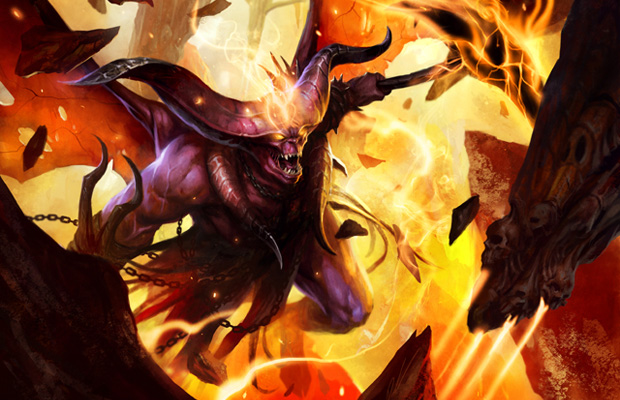 Rough and ready, Rakdos go to battle as one would expect: damage, destruction, and general madness along the way. Beating an opponent's team down, or sacrificing a slew of your own creatures, feels entirely like the special flavor of action Rakdos himself appreciates. 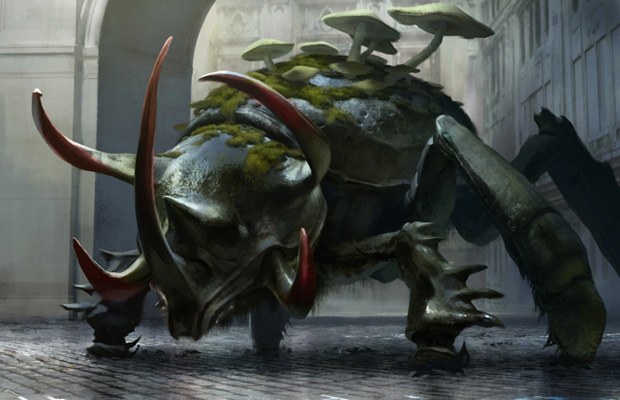 Unlike the Rakdos, who may throw their own friends away for a good show, the Golgari are open to deeper meanings for sacrifice and destruction. Converting a big creature into smaller creatures, or exchanging a fallen friend for renewed strength, represent the cycle of living the Golgari embody. 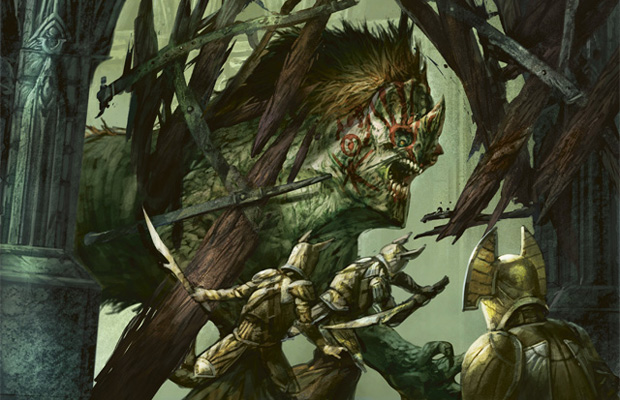 The Gruul aren't tricky to understand, but representing them within the rules was tough. Being aggressive, with many creatures and aims to go big, feels how one would expect a loosely affiliated set of clans would demonstrate their desires. 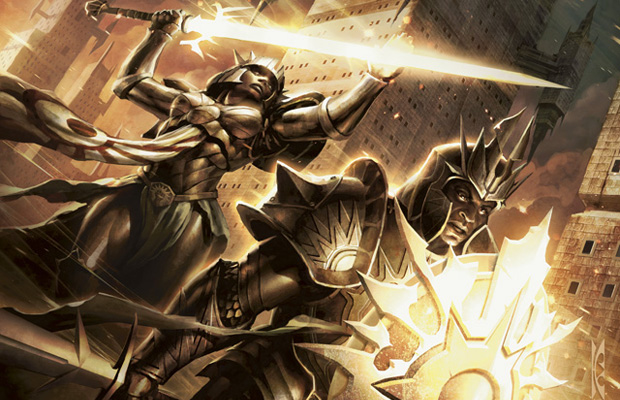 Unlike the entirely explosive fury the Gruul represent, the fanatical might of an army the Boros muster is called for. Still aggressive and creature-focused, the Boros ask you to prepare before going into battle rather than wing it as you go. 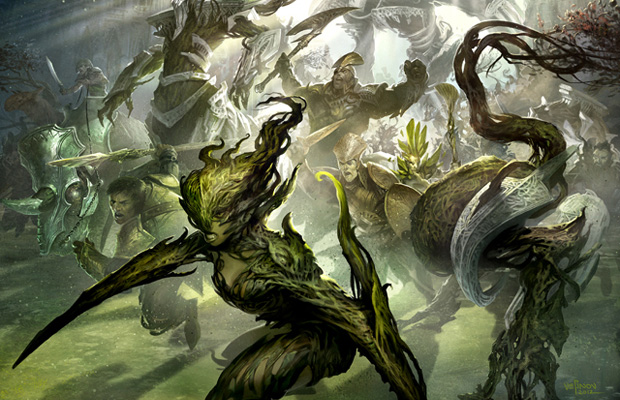 Curators of creatures and life, the Selesnya aim to build and prepare like the Boros. Unlike the army of red and white, Selesnyans use tokens and life to bide their time—so when they attack it's just as devastating. 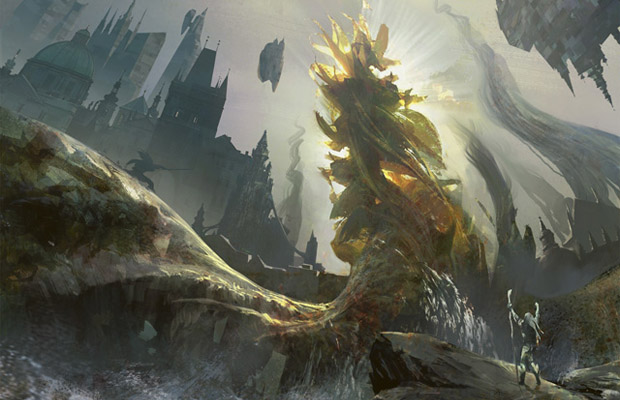 The Simic are purveyors of exploration, trying new combinations of creatures and expanding their understanding through the game. While they build up forces, woe to those who deign to interfere with their plans.

A Way to Play Again 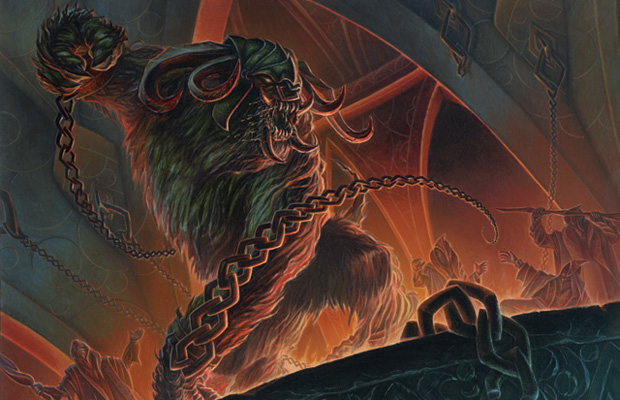 None of the goals to earn points outlined above involve necessarily winning a game of Magic. One of the many issues I see crop into communities (through the numerous emails I've received on the topic) is a spiraling sense of competitive spirit. Wanting to win games is a natural thing—and in the spirit of the Gruul I grudgingly admit that I get bit by the "I want to win this game" bug.

Where it becomes a problem is how that want evolves into a need, an overriding desire that pushes you over the edge of resisting opponents into the world of actively subverting the game experience. Playing strong creatures and powerful spells is a good thing. If you missed last week's Commander recap from Pro Tour Gatecrash, it's quite possible to play haymakers and awesome stuff without overwhelming other players.

The idea of a points system isn't to prevent games of Magic from being won, but to instead reward actions beyond just defeating an opponent. The aggressive guilds earn points by being aggressive. The subtle and slower guilds earn points by doing their own things. And there's enough overlap of goals between guilds that trying a different deck with similar tools feels easy.

I hope you find a few friends to join guilds with you. If you've already tried or plan to try a Guild League I'd love to know how it worked for you. There's always room for improvement and, more importantly, the things you learn can help others have more fun down the road.

Join us next week when I truly crush them, then eat. See you then!