xcuses. They're everywhere, every day, making everything in life just a little more complicated and conflicted. When I was younger (and as of probably yesterday, too), I rationalized and explained things away through myriad excuses. 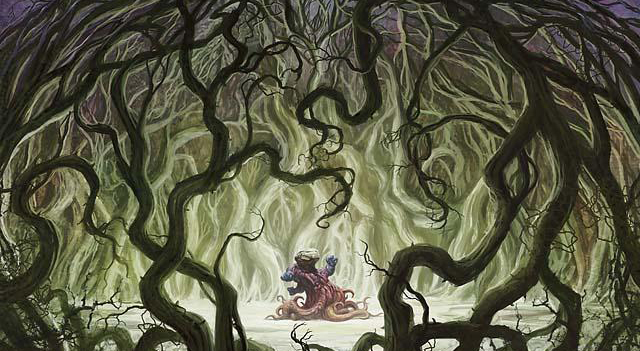 Of course, as you might guess, these excuses were neither effective nor useful. My perspective on excuses has changed over the past year, however. While I've been working hard to avoid them altogether (an impossible, if noble and misplaced, task), I've begun to look at them a little differently. Excuses can be constructive, given the right framework and context.

All of these are real excuses that led to positive experiences, and I'm not saying that just because my wife might someday stumble upon this article. Excuses are also little white lies and stretches of truth; if you're into "the ends justify the means" as a method of process, excuses are an integral part of the territory. After all, if the result was awesome and no real harm came from getting there, you've won!

Where is this going? To the Pro Tour, of course! 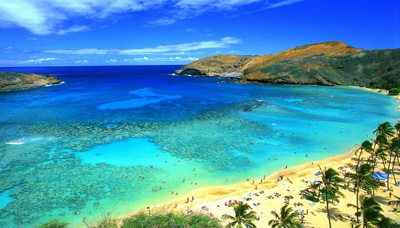 Come this weekend, I'll be here: 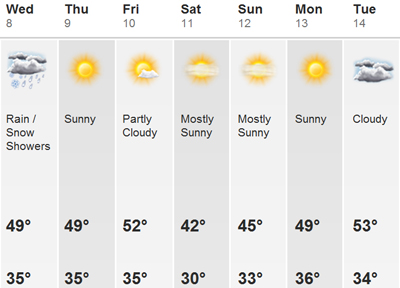 Oh, yeah. I'm not going to Hawaii for the Pro Tour. I'll be at home. I was going to be alone. Not anymore. 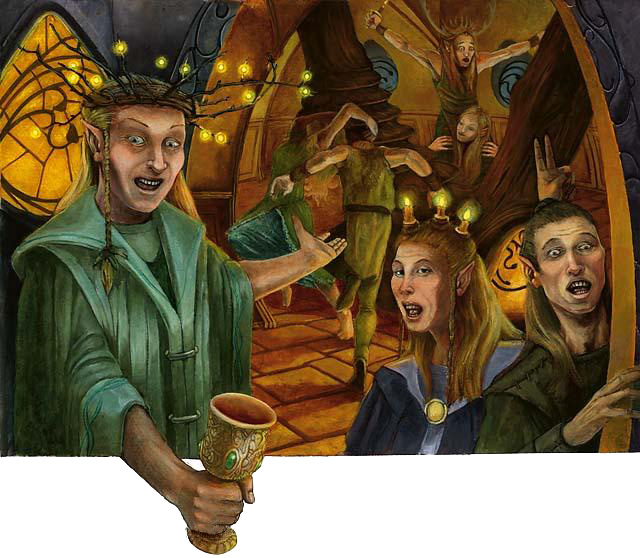 That's more like it. You see, I enjoy playing Magic. And while it might be a real stretch, I'm willing to guess you enjoy playing Magic too. Of course, Magic comes in flavors other than Commander, or Group Game Draft, or Star Draft, or whatever flavor du jour I happen to be adoring. Apparently there's a lot of competitive Magic played too. That's where the Pro Tour kicks in.

Some of my friends, and many more who I'm not familiar with, will be duking it out and playing Magic for glory, honor, and a little scratch. It's a pretty nice thing to be invited to go to. I mean, Hawaii is pretty awesome (and Barcelona isn't bad either, I hear).

But for those of us staying home, this weekend's big show is an excellent source of excuses for a little party of our own.

This past weekend was full of Launch Parties (which were awesome from the accounts I heard) and booster pack busting. Since I don't just pop them for the sake of popping, I organized a dry run of a Magic weekend myself. There was even a big third party tournament to test out streaming!

I guess what I'm really trying to tell you is you don't need very good excuses to invite a few friends over for fun. But having a few done well would certainly help.

In ancient times, when dinosaurs roamed the game, following events from afar was fairly impossible. Magazines required significant lead time, so you'd read all about some awesome Pro Tour a month or two after it happened. Then, the meteor of digital coverage reset the biosphere of Magic information, giving rise to the ever-classy "Internet coverage reporter." These ladies and gents sit through matches, capture the details of battle, then send the report in to a team that transforms it into a web page. This has been happening for quite some time.

Of course, the demand for truly instant updates didn't happen until the proliferation of smarter-than-your-average phones and the ubiquitous Twitter applications they carry. Now anyone with a close-enough position and desire to type on a tiny keyboard can relay the events in stunning real time.

Further advances in media transmission brought us quickly to today's world of everything instant, from individuals streaming their own Magic Online game play to live match coverage and commentary at big tournaments, Grand Prix, and beyond. That's where your TV comes in. 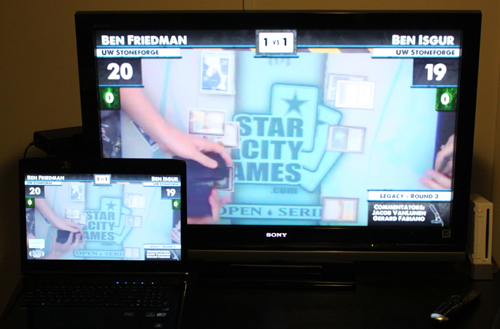 Your connectivity and capability will vary, but most modern machines of computing come with standardized output to hook up to a very big screen. My connection pushed all of the audio through as well—a handy feature for following along without a disjointed or delayed background of sound.

If you figure out your setup you'll find a large TV a much easier way to watch at home. As a hockey fan, I certainly appreciate more detail on a larger display. Bonus points if you know someone who watches through a tablet or smart phone. If they're willing to go that far to catch the action, an easy gaze from an armchair should thrill them.

Of course, there is much more to visually captured Magic than just the in-the-moment broadcasts. Entire depositories of awesome videos are just a click away at sites like YouTube. Once you've got the streaming deal down, loading up anything else on the Internet is trivial.

Friends usually come with more than an appetite for Magic: an actual appetite. Since I'm not an "expert on eating,"* I called up my new friend Ravenous Demon to help me run down the ins and out of food with cards. I'll be the normal black text, while Ravenous Demon is going to be a cheerful red. Say hello to the folks at home, Ardy.

*This is a blatant lie.

I'm hungry. You should move closer to me. And stop calling me "Ardy." 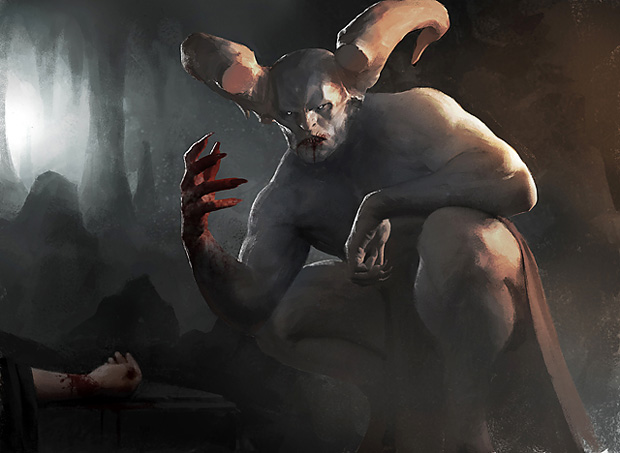 We'll rate the options on a scale of 1 to 5, with 1 being most similar to One with Nothing (think carefully before using), and 5 standing like the familiar basic lands (which are pretty much the best things ever).

The In and Out of fast food is simple: whether it's by riding the Subway or ringing the Taco Bell, you'll find food as fast as Sonic waves just by looking around.

Seriously. It's fine and all, but a cold burger and steamed fries—thanks to the trek to get back home—really kill the mood. Greasy servings of dripping-with-condiments "food" (all wrapped in a little paper) also endanger nearby cards. Taking a break to walk away from the gaming to purchase food defeats most of the point of getting it while playing.

This is completely unsatisfying in any way. The meat is always way overcooked. Also, have you seen my copy of Increasing Devotion?

Delivery to the Door

Similar to fast food, many of your local shops will bring food right to you. Unlike faster options, you'll be waiting 15 minutes, and likely more, for your doorbell to be pressed.

While the danger to cards remains the same, playing while waiting makes the time move much faster. This is one of my preferred ways to enjoy cards and food, and most restaurants that deliver provide more options than any fast food chain.

Instead of "baby back ribs" I always end up with pork ribs. This happens EVERY time. Hey, are you going to Gather the Townsfolk yet? 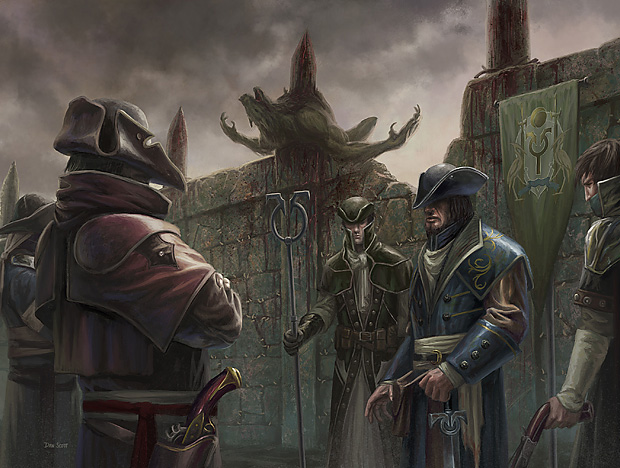 Planning ahead is what the best hosts do, and it allows for all sorts of thoughtful accommodation. It's also generally less expensive than options where someone else is doing all the preparation and delivery.

I have one friend who has a nut allergy and another who is gluten intolerant. Fresh salsa and corn tortilla chips, as well as sour cream-based dips and rice crackers go a long way in both satisfying appetites and avoiding inadvertently killing people I like.

You promised you'd make "a sacrifice" for me. I'm still waiting on that. And I don't want to sound greedy or anything, but you should invite that Thraben Doomsayer guy who always knocks on the door. 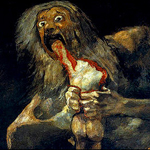 Between a little media and a lot of food stands the most important piece of piling friends around a table: gaming. I have a wonderful group of friends who love all sorts of ways to play. From the usual grab-a-deck-and-go fare to Commander (and specialized, in-house versions they cook up) to plenty of varieties of Limited, I can conveniently count on just about anything to be possible.

But among the myriad possibilities, there is one way that rises above the others: any way involving booster packs. This isn't a ham-fisted sales push (But buy more boosters!) but a very simple result of trial and error: the less prepared guests needed to be, the better attended and more fun my little soirees became. There's nothing more disappointing than to show up for the party and find yourself under-decked for the event. 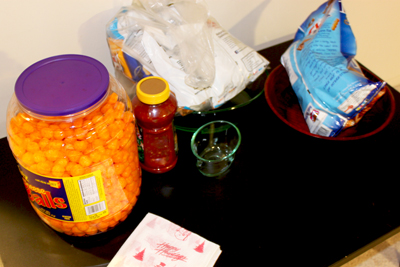 I'm not going to belabor the point further. I already wrote an entire article about how to use booster packs with your fellow planeswalkers. Those of you who already draft regularly know exactly what to do.

It isn't an uncommon occurrence for me work out a way to rally the ready for Magic. It's awesome, and if you're drawing up any protests about it I think you're just pumping out poor excuses. Magic, at the end of the day and after all the dust has settled, is a super fun social game meant to be enjoyed en masse. You can run it other ways, but I can guarantee a few friends will only make it better. I hope you bring the house down.

Last week's poll was the penultimate step in the polling process we started a month ago:

I'm not surprised to see the vanilla (and most beloved) version running away with the vote, but it's certainly encouraging to see the much more restrictive Stranglehold Cage Commander was attractive as well. Adding new rules, changing how we approach and consider the cards in our decks, isn't everyone's cup of tea, but it was nice to give you a little to chew on for those of you who enjoy it.

Since we're gearing up for a fully Dark Ascension-ready Commander deck we have some choices when it comes to actually dishing out the deck:

When the results are in next week you'll know exactly how it will go down, and it's all how you decided it should be! Isn't online democracy neat?

But before you run away to set up your own Magic rally, I have a bonus poll just for today's article:

After talking up how I tend to go overboard and plan parties around these sorts of things, I'm curious to know how many of you enjoy the highlights and spectacle too!

Join us next week when we break down what we've spent so much time building up. See you then!