'm a fan of evolution. While it's usually discussed in terms of scientific theory and Darwin's legacy, I'm fonder of its colloquial definitions:

While Simic Week is sure to evolve with mad science and puns, what appeals more to me is the idea of change that creates something new. The magical merging of creatures—the krasis—isn't biological evolution, but a product of direct development. 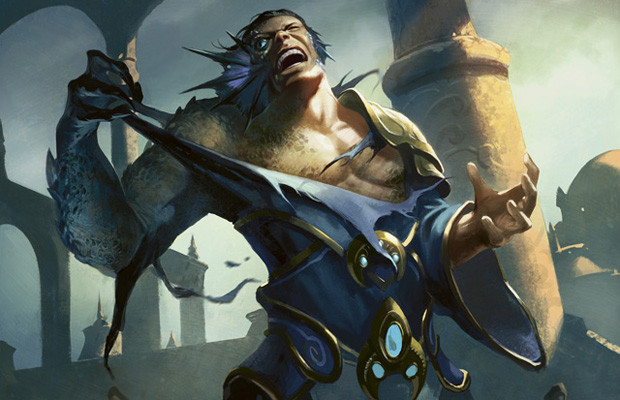 Rapid hybridization of things in Magic describes how we ended up with Commander, Two-Headed Giant, Winchester Draft, and other ways to play. Take some good, but separate, things and mash them together. Presto! Instant awesome.

Last week's return to The Compendium of Casual Magic brought a slew of these mashes to our tables, but the writers of Serious Fun history aren't the only founts of fun. A few weeks ago, a reader named Mike emailed me a playful twist borrowing from Commander. While the name uses a term already defined in Magic slang it's drawn from an entirely separate game, Dungeons & Dragons.

This is all about building up the flavor of the cantrip as it was inspired by D&D; a spell that you've completely mastered to the point where you can cast it over and over again without having to rememorize it from your library. And, also, to make us all feel a little less inadequate when compared to the unerring spellcasting consistency of every other Planeswalker in the Multiverse.

We've done a lot of playtesting with it in the Modern format (none yet for Legacy; some of the older sorceries are scary powerful and we're not really sure if this house rule can support their weight) and, while we're not completely satisfied with the variety of spells white has available to it in Modern, we wanted to let you know about it and see what your thoughts might be on its playability and any reforms that we might want to try.

As I shared when I revisited the Mercenaries variant, putting things in the command zone for players to use is awesome. Cantrips is exactly the type of extra rule set that works well with Commander and opens up new ways to personalize and customize play experiences. 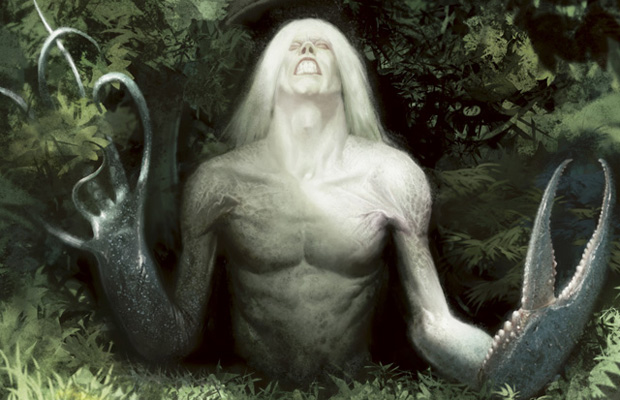 While I didn't create Cantrips, there are a few things I can see that make it work well.

In short, I like it and I wouldn't change much!

Break Out Your Spellbooks

If you're thinking about trying Cantrips yourself, I've done a little legwork for you already. The benefit of having a cantrip isn't simply having something to do, but something you want to do repeatedly.

For me, that's generally finding a card I want, getting something back from the graveyard, or removing something I find annoying. All of these effects can be created by spells that cost one mana.

Oust had a brief moment in Standard, but was outshined thoroughly by Path to Exile and other powerful removal spells. As a cantrip in Commander, 3 life is paltry, but the threat of tucking someone else's commander into his or her library is potent. You may not choose to include Oust as a spell in your ninety-nine, but for a freebie it's frightening. Commanders like Grand Arbiter Augustin IV and Gwafa Hazid, Profiteer appreciate the delay most of all.

Ritual of Restoration is an underrated card as it stands. Getting back a destroyed Sword of Feast and Famine or Solemn Simulacrum is nifty, but as a cantrip it shines with Wayfarer's Bauble, Expedition Map, and Armillary Sphere. Commanders like Reya Dawnbringer and Elesh Norn, Grand Cenobite rely on time to get enough mana to come play.

Steelshaper's Gift is the flip side to Ritual of Restoration. Instead of getting back your favorite tool, you can easily find any Equipment you want. Commanders like Aurelia, the Warleader and Jor Kadeen, the Prevailer appreciate this cantrip most.

Distortion Strike is a stellar option thanks to granting a stalemate-breaking ability: unblockability. Fans of Rafiq of the Many and Thada Adel, Acquisitor will enjoy attacking even more.

Ponder and Preordain aren't legal for competitive Modern events, but they feel fine as tools in Commander (where far more powerful cards like Survival of the Fittest still live). Getting to draw a card for four mana is already possible—see Treasure Trove and others—and the modest digging these provide isn't as efficient as searching cards out directly. These are catch-all cards that can help any deck with blue, although I'd recommend Preordain since you won't have to shuffle.

Ghoulcaller's Chant is a supercharged Disentomb or Raise Dead. While it works as a way to recur for any deck packing Swamps, commanders like Grimgrin, Corpse-Born and Vish Kal, Blood Arbiter appreciate the potential of getting two creatures back each pass.

Mire's Toll is one way to peek if the coast is clear or to get access to something awesome. Geth, Lord of the Vault and The Mimeoplasm both appreciate creature cards going to the graveyard, and when you have ten or more Swamps in play it will be rare that you don't see something you'd like to have discarded.

Nighthaze probably doesn't excite you too much, but it's important to note that when you have a target you also have a way to draw a card for

. This is utility rather than potency.

When I first saw Assault Strobe I was thrilled. When I tried to cast it as an instant I became less enthralled. While you don't get any surprise factor, being able to cast it turn after turn means commanders like Borborygmos Enraged and Rakdos, Lord of Riots become killing machines. Who need surprises?

Crack the Earth is an interesting effect that becomes much better in the right deck. If you make copies of things with Kiki-Jiki, Mirror Breaker or dump oodles of Goblins into play with Krenko, Mob Boss, Crack the Earth is a fine way to keep forcing opponents into tough decisions.

Shattering Spree may seem like Crush, but it's very different as a sorcery. Breaking up walls of artifact mana and Equipment is much fairer when opponents have a chance to use them first, albeit for just one turn.

Glimpse of Nature is a Legacy staple for Elf decks, but with a de facto cost of

it isn't as potent as a combo enabler. For a creature-laden deck featuring Maelstrom Wanderer or Kamahl, Fist of Krosa, getting an extra card or two when casting creatures helps resist Supreme Verdicts.

Prey Upon is at its best in a deck packed with fatties and beef. Commanders like Vorinclex, Voice of Hunger and Thrun, the Last Troll love to eat other creatures.

Irresistible Prey may have been a minor Limited trick in its day, but here it serves the same role as Nighthaze in black: a utility spell to draw a card for

Memory Sluice was one of the first cards I saw after my last lapse in Magic. Echoing the power of Glimpse the Unthinkable, the conspire makes an ordinary milling spell into a powerful way to fill up a graveyard. Lazav, Dimir Mastermind and Wrexial, the Risen Deep appreciate this in different ways.

Fossil Find is a strange mix of green's recursion and red's randomness. In games of Commander, the odds are good that the cards in my graveyard (any of them) are awesome, so a random grab back is fine. When it's repeatable I can see good things happening. Refilling your hand when Radha, Heir to Keld or Wort, the Raidmother is your commander feels awesome.

If cards from Modern aren't enough to choose from, there are definitely cards from further back.

What's important is that the sorceries chosen help your deck's theme or give you a way to keep up in games. I'm planning to try this myself as soon as I can get enough sorceries to share by bringing a stack of options for players to choose from. If you want to introduce the idea to your play group, having a list of spells to see up front can sell them on the idea, too.

Join us next week when we go behind the scenes to get in the action. See you then!