The Power of People

If anyone isn't having fun when they play Magic with you, you are doing it wrong.

or the longest time, I believed this was a statement of fact, a truism that was never questioned by anyone. I knew there were people out there who were using decks that most people would not play against, but I believed those people simply weren't aware of how miserable their opponents were when they played against them. Then I discovered a type of deck referred to as a "griefer" deck. The sole purpose of a griefer deck is to create a board state that produces a slow grinding victory where your opponent can do little or nothing to stop you. If people were knowingly playing griefer decks, then they were specifically playing Magic in a way that ensured others would not be having fun and they knew it. In fact, that was the goal! 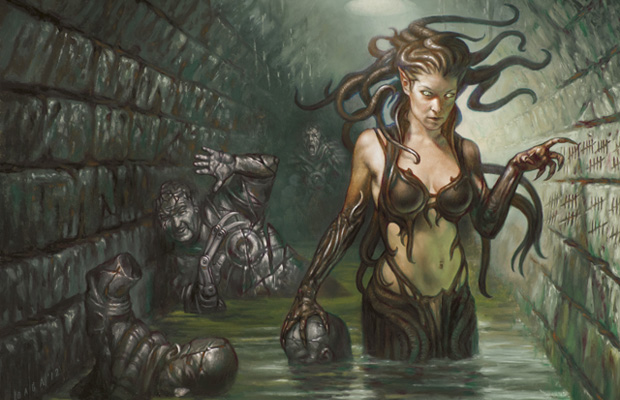 At a basic level, part of what makes Magic fun for me is knowing everyone is having fun. Magic is an opportunity to spend time with friends. Magic has played a big role in meeting people since I moved to Boston years ago. A sign at the old Your Move Games store in Davis Square brought six of us together for weekly games. That group saw several players leave and new ones take their place. I've been to a wedding and seen several players become fathers. They may have been Magic players when I met them, but they became friends. Magic is my "guys' night out." It is a chance to laugh and have a good time. If someone isn't having fun, then it is a friend who isn't having fun. What would be the point of getting together to play Magic is everyone isn't having fun?

While this is a reason for me to believe in the statement, it certainly isn't a reason for everyone. There are plenty of people who don't play with the same group of friends regularly. For some of those people, whether their opponents are having fun or not just isn't important. Why should they care if some random stranger is enjoying themselves? They have a goal to achieve with their deck. If getting to that result involves an unhappy opponent or two, so be it.

At one time or another, we have all felt frustration about playing against our friend Jane's deck. Jane's deck is a powerhouse at your kitchen table. When Jane has a long winless streak or just wants to enjoy a good game, she plays that deck. You hate that deck. You know that if you don't play your A game, you don't stand a chance. You know it is going to be a real fight for you and the others in the group if any of you are going to be able to pull out the win when Jane plays that deck. Her deck is a really solid deck. 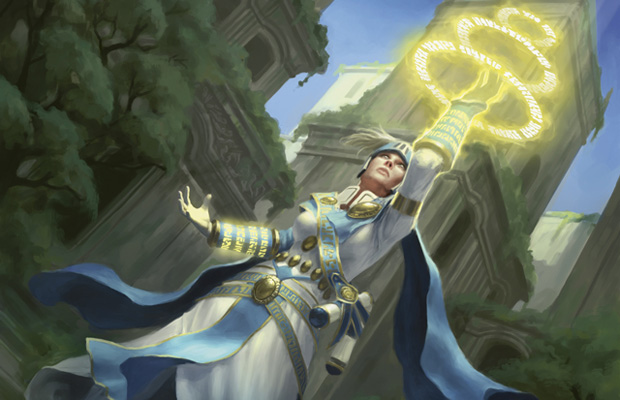 Angela's deck is miserable to play against. She draws extra cards, tutors for combo pieces, and has three different ways to combo out the entire board. Even when everyone else at the table concentrates all of their resources to take her out, her deck can still get wins. Worse yet, Angela plays the deck in such a way that you have the illusion that you could still win if you just keep playing. In reality, you have no chance and Angela gleefully continues to keep the board locked down for turn after turn. Angela's deck is a griefer deck.

The difference in these situations is that the players involved are all having fun when Jane is playing her deck, but only Angela is having fun when she is playing her deck. Jane's deck is good, but it allows for interaction and there is a possibility of success. The challenge playing against Jane and her deck is what makes the game fun. Angela's deck creates a hopeless situation where only Angela is enjoying herself.

There is a group of people who only have fun when they are winning. I can definitely relate to this. As someone who has written many strategy articles for multiplayer games, I am definitely vested in winning games. The problem comes when you don't have fun unless you win. In multiplayer gaming, this can get tricky.

The primary feature of multiplayer Magic is multiple players. Usually, this means multiple opponents. Let's forget about deck quality and play skill (for just this paragraph). When you have one opponent, your odds of winning are 50 percent. When you have three opponents, your odds drop to 25 percent. If you only have fun when you win, does it make sense to play a game where the odds of you winning is only 25 percent?

Now, when you consider deck quality and your play skill, your odds go up or down depending on how good you are, and how powerful your deck is. Even when you include these variables, the amount you win or lose doesn't change as much as might be suspected. A regular group strives for equilibrium. The players tend to focus their efforts on the better players/decks, while leaving the weaker decks alone. Being a better player offers less results than it would in a one-on-one game.

So griefer decks aren't fun for anyone but the Griefer, and the person who only finds winning fun may be playing the wrong Magic variant, but none of this really answers the basic question: Why should I care about the happiness of my opponents? If they aren't happy, they should make efforts to do something that makes them happy! It isn't my responsibility to make everyone else happy! 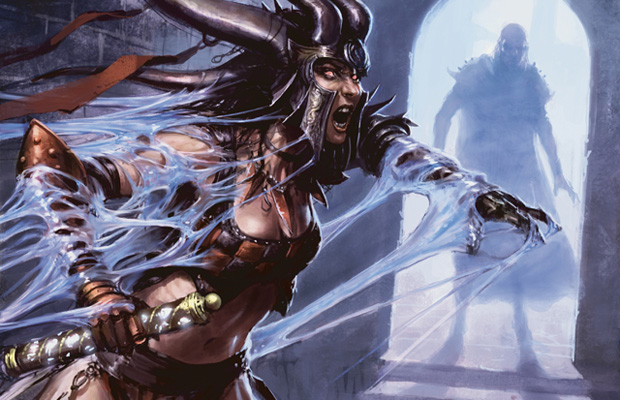 Thankfully, there are other reasons why you want your opponents to be having fun. Before I jump into those, I want to put a limitation on what I mean.1 Saying that if everyone isn't having fun while playing Magic with you then you are doing it wrong is a pretty big statement. I am focusing specifically on multiplayer games. While I think everyone should be having fun in one-on-one games, too, the reasons I give here today are focused on multiplayer games.

Let me see if I can explain through this line of logic. Consider resource management for tournament players and multiplayer players. For Magic players, there are three resources needed: time, money, and people. For tournament players, time is the most valuable resource. Workarounds can be found for money (to some extent) and opponents can be found in abundance (as demonstrated by record-breaking Grand Prix numbers this year), but time is a limiter. There is only so much time to test and practice. The best players are the ones who put in the time.

For multiplayer players, people are the most rare of the three resources. Casual players need less time and money than tournament players. Casual players can build fewer decks or spend less time tweaking their deck. Casual players can make do with cards they already have, rather than buying more cards. Finding a group of players to meet with on a regular basis is another story. Many play groups are delicate and difficult to keep intact.

With players being the primary resource, what is valuable to someone playing tournament games is different than what is valuable to someone playing multiplayer games. While winning is still important, having opponents to defeat takes on importance as well. Playing the griefer deck becomes a bad idea if it means that your opponents may simply stop playing with you. Continuing with a belief that as long as you are having fun is all that matters, will likely mean that you may soon not have any opponents to defeat. That doesn't sound like much fun.

I have been lucky to be part of a vibrant group of Magic players for several years. We have had a great group of guys come and go over that time and my group continues to grow. Our weekly games are a blast. A big part of the success of my group has been the attitude everyone in the group shares. We all take care to bring the fun every night. Whether it be play style or deck choice, everyone tries to bring only decks everyone will enjoy playing against. Crazy decks, strong decks, theme decks, and wild decks are all welcome, as long as it keeps the fun going for everyone. 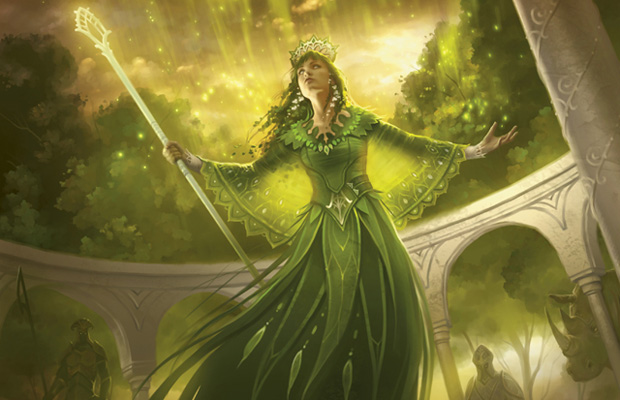 As I finished up this article, news reports were coming in about the bombs going off at the Boston Marathon. I live in a suburb just outside of Boston, very near the marathon route. Many of those injured were running past my home just hours earlier.

It hit me that I was writing an article describing players as a resource. Nothing makes you more aware of the value of people than the senseless loss of people. People are not the primary resource, people are the only thing that matters. No matter what we say or do, everything comes down to people. Take a moment to realize that Magic has brought nothing into your life. All Magic does is provide you with a way to meet more people. Take advantage of this and realize how lucky we all are to be part of each other's lives.

Best wishes to all.

1: I'm an attorney, I really can't say anything without limiting it or qualifying it in some way. (return)