t's Opening Hand week! This week is all about the first seven cards you rip off the top of your deck when you start a game of Magic. There are certainly some strategic and thoughtful considerations to make, as well as interesting interactions via Serum Powder and the Leylines, I'm going to talk about a different "opening hand" in Magic. 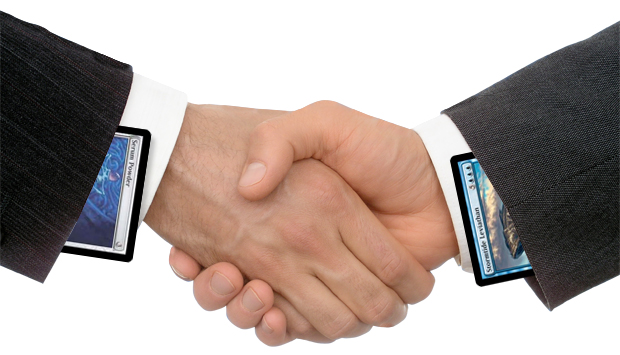 The one you maybe use when you meet people.

As you may be aware, I'm heading to U.S. Nationals this weekend (and, as you read this, I'll either be packing or well on my way). It promises to be a trip where I'll meet a lot of new faces, some with familiar names and many others not—I've shared before why these big events are worth so much more.

For those of you craving "the goods" I have some Archenemy goodness for you further down but I'd like to step back to last week and take another swing at dealing with decks. Specifically, the "mistakes" many of you took time to point out.

I put mistakes in quotation marks because that's a word I'm not particularly fond of when used to describe deck building. There are certainly things that are mistakes, like misreading a card, forgetting to recalculate and add lands to a deck, and forgetting to bring a camera to take pictures of cool things at events—all things I've done—but it gets a little trickier dealing with decks and cards.

There are, in very general senses, two ways to approach building decks:

Each approach has different advantages and disadvantages, which can be the same depending on your perspective, but I want to stress that if you stop in here looking for #1, you'll be disappointed to find mostly #2.

A "mistake" in deck building can only exist when certain "correct" and "right" ways are assumed true. Many of you follow and enjoy building decks through style #1—and I've seen a lot of your very fun, thought-out, tested decks you've sent in. They're great! 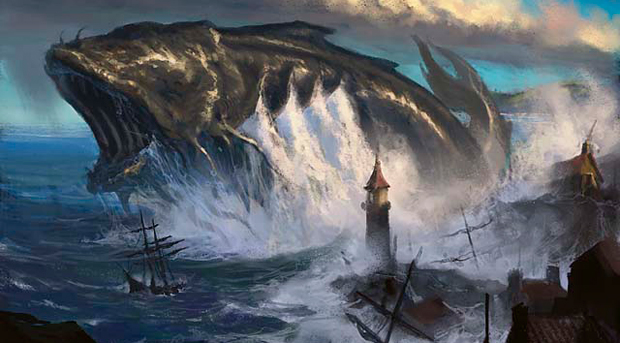 However, my natural instinct and gut feelings drive my deck building. I'm pretty greedy, like variety, and pull it together using things that go grab what I want when I want it. I play with the cards I want—and others of you out there do as well. This isn't to say I, and we for that matter, don't understand mana curves, the subtle differences between card drawing, filtering, and tutoring, and other popular deck principles—we just want what we want.

All that said, I did ask for more input as neither deck was set in stone. You guys showed me what you wanted and, in turn, I showed you what I wanted. Now, we bring the two closer together. Let's take a second look at "A Super-Soaker Adventure":


Most of the feedback I received was suggestions, changes, and different views—that's what I was asking for, after all. There were a few that stood out clearly:

alextfish on the forums pointed out that it felt a lot less like a Quest for Ula's Temple than a Defense of the Heart deck. The Temple feels better in a very blue deck, rather than a multicolor smorgasbord.

cybishop (as well as a few others) pointed to using scry and scry-like effects to set the top card to trigger the temple every upkeep, thereby ensuring things go smooth.

Kelson Craigs suggested via email that I try Paradox Haze, a card that would work very well with the variety of upkeep triggers (Oversold Cemetery, Deep-Sea Kraken, etc.).

These ideas pull me in different directions, but here is where I ended up taking your input:


I believe this is a step in the direction many of you were looking in. While this looks very different from my first go, there's still a lot of my flavor of fun stamped all over this.

I pulled in various sources of scry to not only help ensure we're knocking our library for creatures when we want, a few more filter and draw effects help us find our starting Temple. Additionally, Brainstorm lets us draw deeper then set a creature back on top of the library. 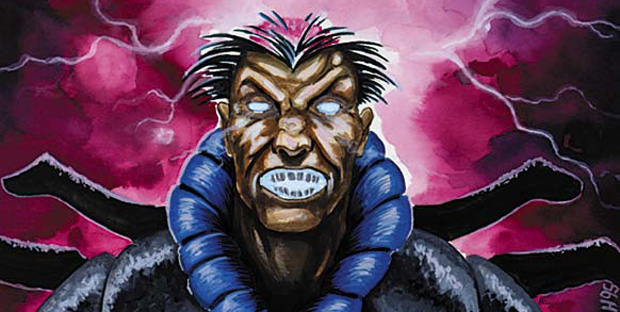 I really like the surprise factor of amplifying things with a Paradox Haze. It can allow us to get our Temple active in just two turns as well as keep the creatures flowing by doubling up the upkeep triggers from Oversold Cemetery and a suspended Deep-Sea Kraken.

Stormtide Leviathan makes attacking a little more difficult, a nice padding for multiplayer games, and I switched up its fellow creatures to not mind the rules setting as much; sorry, Lorthos. Finally, Æthersnipe gives me a way to bounce something that prevents my watery and airborne army from swinging through. Ultimately, it's still greedy with things I like (a second color, a miser's copy of something neat) but is much more streamlined to things you've shared for a Quest for Ula's Temple deck.

The other deck was a very rough Fauna Shaman deck using Bloodghast and Reassembling Skeleton to dig up whatever creatures I wanted. Here's where we were last week:


When I was finishing this up I was hoping that others out there would have some excellent ideas on how to improve this. While I recalled discussing the idea of such a deck at my local shop ("What could make for Fling?") I felt that something else was gnawing at my mind. Why did this seem so vaguely familiar?

The answer was so concisely pointed out: this deck.

My deck doesn't really do what Jacob's does, and Jacob's is doing what my deck really wants to do. And based on your feedback, this is what our new deck should be doing (yes, Mitotic Slime included). There's just one small catch: there isn't nary a Fauna Shaman to be seen. 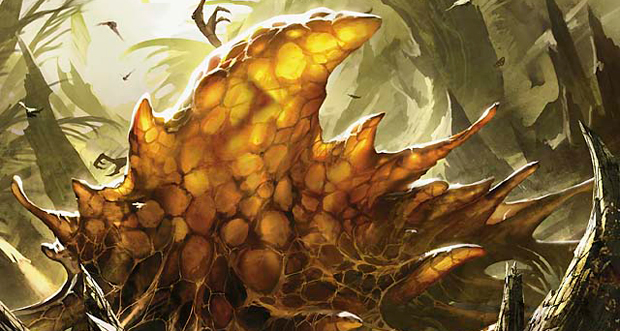 My first thought was to just shoehorn the Shaman in but, ultimately, this type of deck doesn't always want the Shaman. As I started to hit a wall in trying to hybridize these deck types it dawned on me that it didn't need to be that way. Jacob doesn't provide a sideboard—so we have room to work with things there—and there isn't a Fling floating around either.


In a general sense, the sideboard I've come up with lets us transform the deck. Instead of being forced to just bash through, as white- and blue-based decks will be apt to fight well, we add the complication of being able to Fling our critter through as well. It's not foolproof, but gives us a way to make the most of things when our Bloodthrone Vampire becomes the target of a Path to Exile.

Fauna Shaman can come in for Kozilek's Predators or Nest Invaders, allowing us an easy way to fetch up Mitotic Slime. Mountains and Fling come in for something that won't be as useful, like Doom Blade or Eldrazi Monument, and a few lands when we want to add the Fling package. Finally, Leyline of Vitality provides a very nice way to resist the damage that speedy red decks will deliver—every token we generate gains us one life—in place of some things on the higher end of our mana costs.

This isn't perfect but the reach and utility of the Shaman will give us a way to dig for whatever we want (like more Bloodghasts or another Bloodthrone Vampire) and surprise opponents who aren't planning on the Fling angle.

Tell me what you think (emails and tweets will work best) and I'll continue to tinker with things as long as I can!

Finally, we come to the last piece of the puzzle: Archenemy (and Planechase). After taking a look over the schemes and searching for a common theme that would cross over with a deck, I settled onto something that feels explosive.

This Land is My Land

Land. Lots of lands. In conjunction with many of the schemes, I should be able to rip a lot of land into play in a hurry. Other schemes, such as Choose Your Champion, will slow my opponents down while Your Puny Minds Cannot Fathom and Plots that Span Centuries will help keep me ahead on the race. Beastmaster Ascension in conjunction with the various creatures that produce (or enhance) tokens via landfall means I plan to bash early, often, and hard.

It's very close to Standard legal so I'm betting the Enlightened Tutors will surprise some opponents. Going for the Ascension at the end of the opposing team's turn with a ton of pumped Plant tokens seems like a great way to overrun the world—no actual Overrun required.

I'll also be packing the full complement of plane cards but this is the set of planes I plan to use, generally speaking:

Stuff happens faster—lands, damage, and more—and keeps the games moving. I'm betting most players I'll run into won't be packing their own set of planes, so I picked ones that didn't align with or punish particular strategies so this can become a communal Planar Deck for all to share.

So that's it! Keep the comments coming about the decks, tell me what you think of the Archenemy one, and let me know if some different planes or schemes would be worth a try—I'll have them all on hand and ready to use the entire weekend.

And, if all goes right, join me next week when I blatantly steal from Mark Rosewater. See you then!