Shining in the Darkness

Phyrexia. Nowhere else will you find such a wretched hive of puppetry and perversion. Life, death, and the meaning between are flayed away, leaving only grotesque approximations of nature.

Relentless. Fanatical. Repetitive. Like golems that know only to produce themselves, there are no real differences within the ranks of the defiled. Flesh, sinew, bone, metal, mechanical—all of it becomes one organized amalgam, neither truly alive nor dead forever. 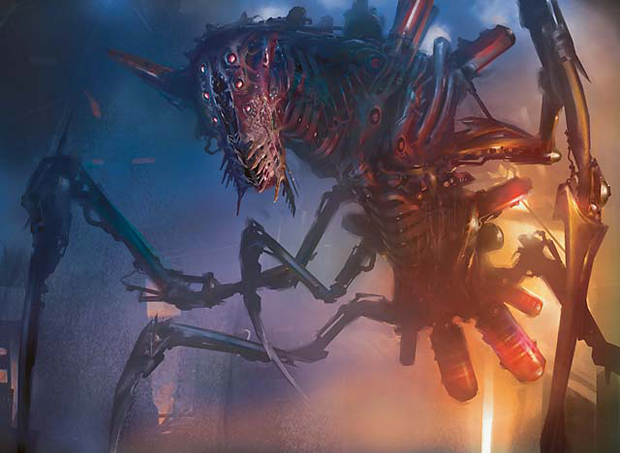 They come in swarms, the smallest massing and overwhelming through sheer numbers. The largest carelessly scoop up victims, taking all the pieces and parts away only for those to be seen again later, misshapen and mutilated beyond recognition.

What drives these sinister beings? What forces can contain the uncontainable? What fire can purify that which taints all?

I don't have any of the answers I seek.

I don't have any of the passion that brought me here to battle.

I don't have the hope to endure further.

If there is any shining in this darkness, I have failed to see it. Only oblivion looms ahead, and I have no blade that can cut through it.

t's with great trepidation that I welcome you to Phyrexia Week! When I first began to ponder the wonder that is Phyrexia and began to write down what crossed my mind it quickly became clear that I had something more akin to an edition of Savor the Flavor than Serious Fun.

Rather than fight it, I decided to give in—just a little—to the flow of fantastic flavor. And some of you had already come along for the ride.

Phyrexians have been Magic baddies since Magic first started getting baddies. Ominously mentioned as early as Antiquities with cards like Gate to Phyrexia, and growing into the culminating final boss of the Weatherlight Saga in Invasion block, Phyrexians have a rich history the reaches every generation of player. 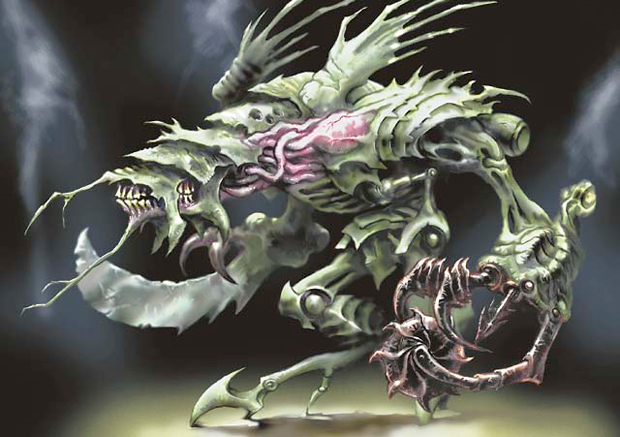 While Mirrans have been the feature in just two blocks, Phyrexians have influenced more than the six years from Weatherlight through Apocalypse, and have something to offer every player. There are more than just six reasons to love Mirrodin, and the same is true for Phyrexia.

Instead of just listing out a dozen reasons or so, I turned to a few players like you to explain the awesomeness that is Phyrexia. Calvin is first. 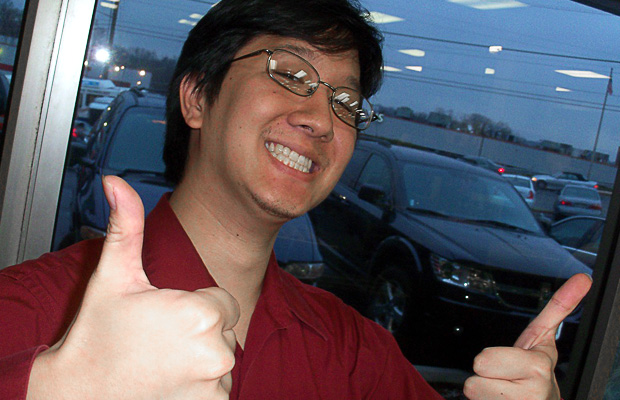 It's easy to tell what Calvin's thinking about Phyrexia.

Calvin is our resident green player (other than myself, of course), but he's enjoyed Phyrexia since the good ol' days of yore. He's rather fond of the "biomechanical reanimation," as he put it, that permeates classic Phyrexian art—cards like Exhume show this well.

"And they're just evil. I mean, c'mon, you gotta love the villain!" 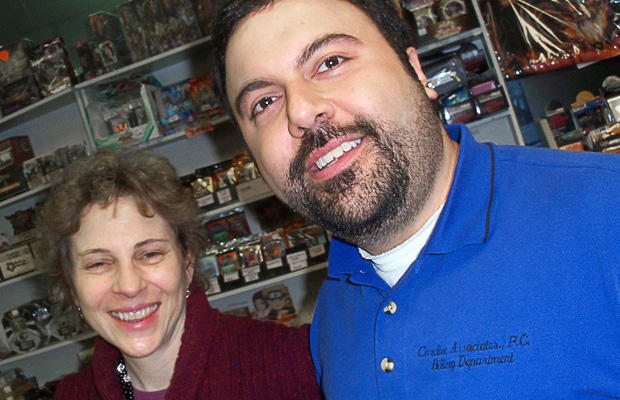 Laurel is the owner of my local shop (Dream Wizards, in Rockville, MD), and Amir was helping run the place for the night. Laurel, being the organizer for many of our events, loves that Phyrexia brought back plenty of players who had played before, pointing out to the thirty or more Magic players slinging cardboard.

And "the monsters are beautiful, and well-designed!" she beamed.

While I'm not sure Massacre Wurm and similar creatures can really be called beautiful, Amir chimed in agreement. 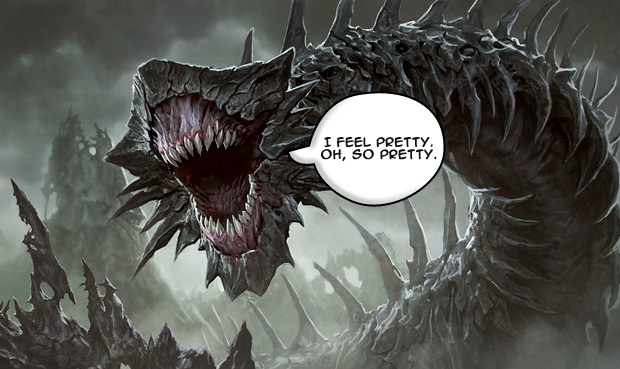 "I love the scary monsters! It's great to see things that look like they're from a horror movie!"

Tim, stationed just a few steps down the counter, had a little different view. 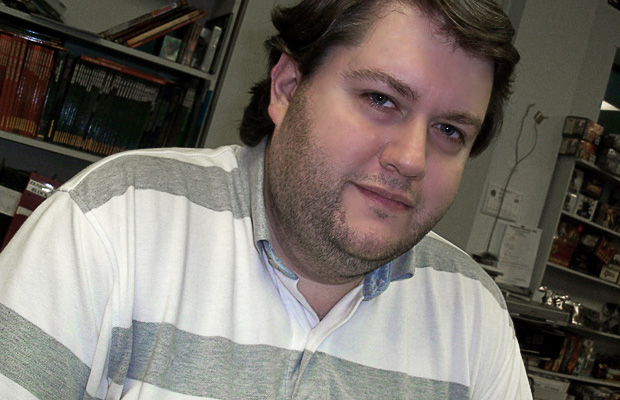 "Phyrexians are the bad guys who got it right," he firmly stated. "They're cold and calculating, and did what the other bad guys have tried to do." When pressed, he shared that he was a fan of Phyrexian Arena and Phyrexian Rager (something @Norbert88 on Twitter had also brought up).

Moving out among the tables, I spotted David looking positively Phyrexian. 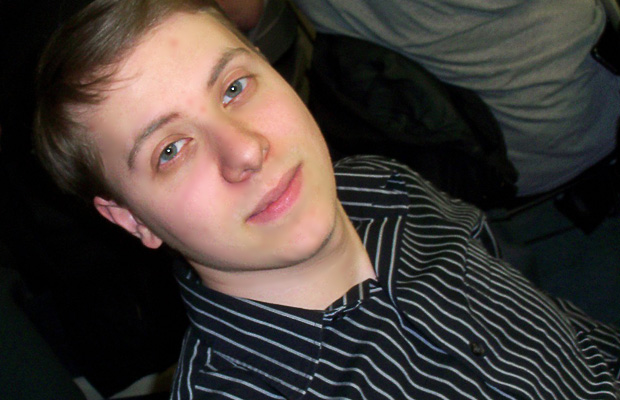 No, not David himself; his cards. 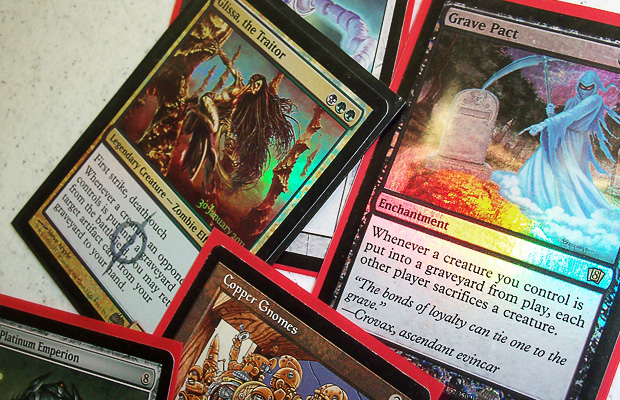 "They're the original badasses of Magic!" was all David had to say as he pointed at his incredible Commander board. "I mean, just look!"

I didn't get David's deck list, but here's a similar one built around the same commander: Glissa, the Traitor.

Glissa, the Traitor is a very popular Zombie Elf around the Commander players. This take is about bringing the poison, slipping in a little bit to start the infection , and proliferating it all the way if needed—or pumping a lonesome infector into a hulking monstrosity of poisonous doom. What else do you plan to do with stuff like Stonewood Invocation? 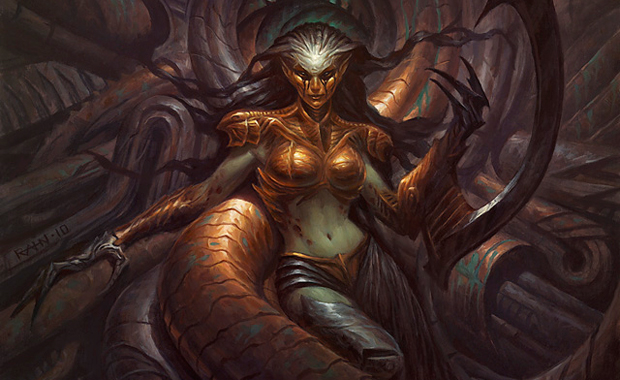 Glissa is very handy for getting back things like Wayfarer's Bauble and Nihil Spellbomb, but also more provocative tools like Culling Dais (a new personal favorite of mine) and Executioner's Capsule (the official "machine-gun your dudes down" card of the deck). And the feeling of getting back your infectors, like Corpse Cur, or good utility creatures like Solemn Simulacrum is usually "Pretty good!"

As you'll see below, inspiration came in the form of making infect creatures a little more dangerous than before. Little things like Okina, Temple for the Grandfathers and Dolmen Gate can make a huge difference when working the angles of infecting your fellow players. And if you manage to make the mana happen, Gigantomancer is absolutely unruly with the infect critters.

There were other Phyrexian pleasures to be found circulating about. A quintuple of fine, upstanding gentlemen decided to embark on a very special Group Game Draft: four players each had four Phyrexian faction-rich boosters left over from the Mirrodin Besieged Prerelease. 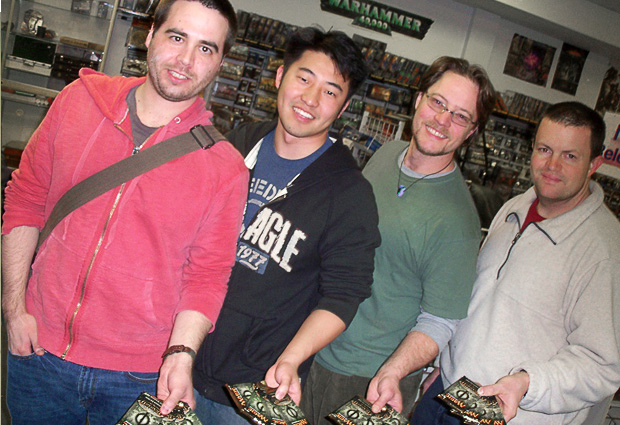 JD is part of the original braintrust that tried, tested, and perfected Group Game Draft as a format. While he was generous enough to let me take a swing at explaining it—and discovering that, in fact, many of you enjoy it just as much as we do—he's also nice enough to give me updates I may not always be privy to.

Scars of Mirrodin dramatically changed how Group Game Drafts went. While everyone knew poison, and therefore infect, could be a real killer, it hasn't been often that a true infect player goes the distance. In fact, they are usually knocked out earlier rather than later.

And that's when proliferate steps up to bat.

Without a single infect creature of their own, players have been able to finagle death by poison thanks to an early game scratch that festered as turns ran on. While this development was wonderfully flavorful, it's also been a little disruptive to the normal experience that GGDers were used to. Never before has there been a viable, relatively unthreatening and passive way to end games out of nowhere.

On the brighter note, Mirrodin Besieged seemed to help balance out some of the proliferate deaths, and adding it in as half, or more, of the four packs drafted feels right. If you haven't tried multiplayer drafting before, now is a great time to give it a whirl!

While I wasn't able to stick around until the infectious end to see what happened, I did catch a quick moment to peek at James's cards halfway through the draft. In the small pile of cards already drafted, I saw both Consecrated Sphinx and Blightsteel Colossus. Oh boy.

That yielded a grin and a shrug from him.

Another player strolled in and was pointed out to me as having an "infect deck" of sorts. 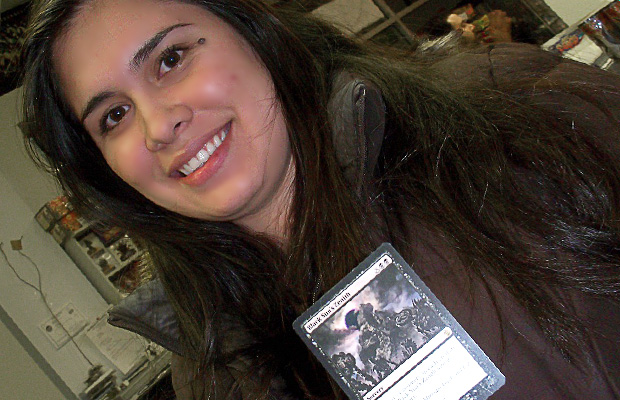 Aurora shared that she felt it was "hard not to like infect. It's devastating and nasty! And it works in all sorts of combos!" I didn't need to ask for further elaboration.

"Gigantomancer can turn at little infector into a huge, poisonous guy. Distortion Strike lets you make [an infect creature] unblockable two turns in a row. Anything that makes a creature bigger is awesome, too."

"Do you like Black Sun's Zenith, too?" I asked.

"Yeah! It can just destroy a board!" Her disarming grim was almost incongruent with such a bold statement. Chalk that up as another appeal of Phyrexia; dark is light and up is down.

New Phyrexia is just around the corner, as much as a month away can be close, but I can't wait to welcome our new Phyrexian overlords (Praetors). Whether it's from the fatigue of fighting Phyrexians for the better part of my decade with Magic, or getting my hands dirty in just a touch too much of the glistening oil, I'm now one with Phyrexia.

Are you one with Phyrexia, too? It's your turn to share why Phyrexia is for lovers (among everything else in the multiverse)!

Join us next week when we get busy with brand new! See you then!