hat would look like if you put one copy of every card in Shards of Alara block on a table? Ridiculous? Intimidating? Surprisingly shiny?

I recently had an opportunity to do exactly that when some folks around the office organized a Rotisserie Draft of the entire block, and it looked like this:

In Rotisserie Draft, you lay out a complete Magic set, take turns drafting the cards, and build decks out of what you draft plus basic lands (then give the cards back to whoever owns them). Sound like fun? It is! A lot of work? Yeah, it's that too. You can read about the last Rotisserie Draft I participated in, with Lorwyn, here.

I don't know, though .... Just one set? And six or eight people? We figured we could do better than that. As soon as my friend Dave Guskin hit upon the idea of drafting the entire Shards of Alara block, we realized we'd need more than eight people drafting. Once we settled on twelve as a good number, we realized how much better it would be if we drafted in teams instead of just individuals. 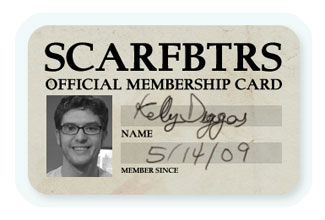 Thus was born the Shards / Conflux / Alara Reborn Full Block Team Rotisserie Spectacular, or SCARFBTRS for short (pronounced "Scarfbutters," which sounds like 1890s prospector slang or something). We agreed on four teams of three, reasoning that this would keep the picks moving pretty quickly and give each person a reasonable number of opponents. Mark Purvis from the Brand team generously agreed to supply the cards.

We decided initially that each team would draft one card from each set during each pass. There was a great deal of concern, however, over the possible unfairness of one team getting the best card in each set while the fourth team couldn't pick until the best nine cards on the table (more or less) were already gone. We arrived at a complicated system to solve this.

Now, not everybody has access to the Brand team's giant closet o' cards. I well understand this. In bigger groups with larger card pools, you might well be able to pool your resources put together an entire set, or even block, for a Rotisserie. (I recommend sleeving all the cards and writing down who owns what to avoid arguments over damaged or disputed cards.)

For most people, though, today's format is probably out of reach barring extraordinary effort. Still, it was a very good time, and I hope you'll take the following not as mere bragging, but as a guided tour through all the most exciting cards in the block, and twelve different takes on what you might do with them.

Rather than randomize the teams, we just let them shake out. I wound up on a team with Dave and with Gregory Marques. Sadly, the three drafters named Mark (Mark Gottlieb, Mark Globus, and Mark Purvis) did not end up on a team together, although we did try to convince them.

Dave, Greg, and I quickly sat down to make a plan. Partly this is because the thought of staring down 519 cards without a plan in mind made us cringe; partly it's because we, or at least Dave and I, genuinely enjoy overthinking, overplanning, making flowcharts, etc. We wanted to have decks in mind that we'd be aiming for, with certain contingencies depending on what others picked. 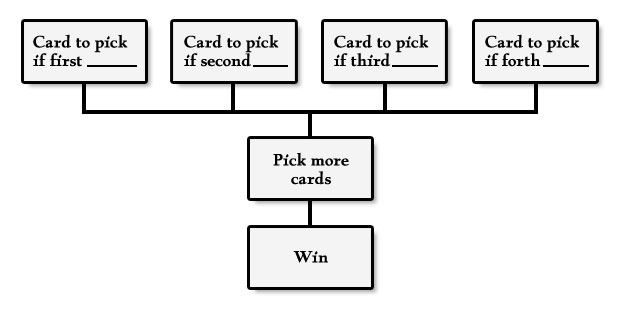 I'll spare you the actual flowcharts, but here was our basic plan. We figured that the first pick from the whole block was probably Martial Coup, with Lavalanche not far behind, as these are the two reliable "Wrath of God" effects in the format. Reasoning that there was only a 25% chance we'd be picking first, we built our Plan A assuming we wouldn't have Martial Coup, with a Plan B on the off-chance that we did pick first or (unthinkably, unconscionably!) the team(s) picking before us disagreed with our assessment and passed on Martial Coup. The main difference between the plans was whether we had a white-based aggro deck and a red-based control deck (Plan A), or a white-based control deck and a red-based aggro deck (Plan B).

All twelve of us finally gathered on a Thursday night to do the actual drafting. We rolled randomly for the pick order, and my team became Team A, picking first. We promptly snapped up Martial Coup.

After that came Team B—Lee Sharpe, Mark Gottlieb, and Matt Tabak. They took Flameblast Dragon and Lavalanche, two cards we had not banked on getting. Team C, made up of former rules manager Paul Barclay and the web team's own Monty Ashley and Tom Jenkot, picked next, with a gorgeous spread that hadn't been on my team's radar: Sarkhan Vol; Elspeth, Knight-Errant; and Nicol Bolas, Planeswalker. Team D—Mark Purvis, Mark Globus, and Alexis Janson—rounded things out by cracking the mana fixing much earlier than my team expected, taking Savage Lands, Fiery Fall, Armillary Sphere, and Rupture Spire.

Then it was back to my team. We were now firmly in the clutches of Plan B. Anxious to grab the red cards we felt were vital to one or both of our red-based decks, we took Caldera Hellion, Slave of Bolas, Bituminous Blast, and Banefire. 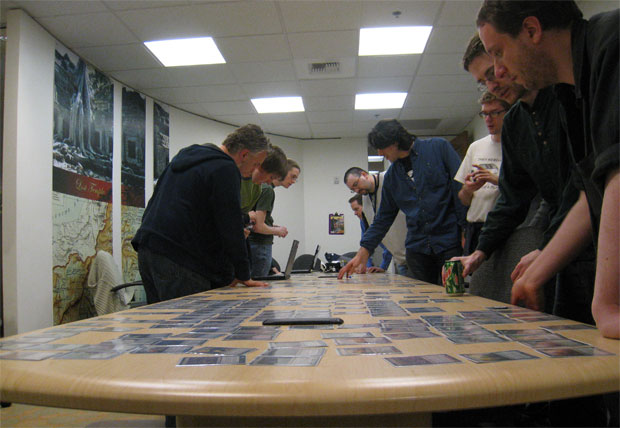 After that, we all settled in for three and a half total hours of drafting (yes, really!). After the small sets started to thin out while Shards was still full of goodies, we instituted a rule by popular vote that a team could opt to take two picks from any of the three sets rather than one pick from each, just to keep the draft moving along.

When we finally wrapped up, it was far too late to stick around and play any games—although of course several people did anyway. The rest of us played our games over the course of the next week.

As I played against people and saw their decks, they reminded me less of Limited decks and more of 40-card Singleton Block Constructed decks. And because of the Singleton nature of the draft, no two decks are the same. Let's take a look, including relevant sideboard cards in some cases.

1 Kiss of the Amesha 1 Martial Coup

We'll start off with my deck and Monty's deck, the two white-blue-black models. My deck is more of a control deck, while Monty's focuses more on artifact interaction and particularly recursion.

My deck has a few neat tricks. Martial Coup and Sphinx of the Steel Wind are my two game-winning bombs, as is, in theory, Mirror-Sigil Sergeant. We took the two Borderposts to get the Sergeant active, but so far the big reflecting Rhino has done nothing but serve as a lightning rod for removal.

Monty's deck's chief shtick is the fact that nothing ever, ever, ever stays dead. His graveyard isn't a discard pile; it's more like a waiting room. This pretty much sums up the problem I had when I played him: 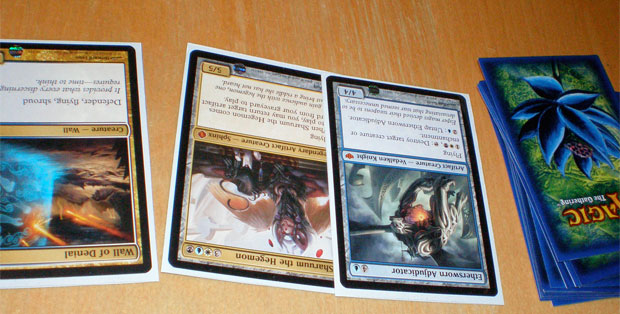 I got up to 84 life by repeatedly bouncing Filigree Angel with Master Transmuter in one of our games, but he smashed apart my little engine with the absurdly good Ethersworn Adjudicator and started in with the beatdown, finally taking me out with three cards left in his library.

I'm very jealous of Monty's Wall of Denial, and I wish my team had picked it higher. Overall I'm pretty happy with my deck, but it's a little light on early defense, and that Wall (or Wall of Reverence, or even Ethercaste Knight) would have helped immensely. As it was, the fast decks could overwhelm me, but I beat most other decks that were playing for late game. I say "most," because Monty's recursive late game plan was basically impossible for me to beat.

1 Yoke of the Damned

1 Kresh the Bloodbraided 1 Lord of Extinction

These two decks are both heavy on bombs to finish the game—a theme you'll see over and over in Rotisserie decks—but I think Alexis's deck does a better job of getting there.

Lee's deck does have Dragon's Herald to fetch Hellkite Overlord, a move that would have finished me off if it weren't for Path to Exile. His biggest problem against my deck was a total inability to deal with Sphinx of the Steel Wind. Lavalanche? Red, and probably not able to kill me because of the lifelink. Terminate or cycle Resounding Thunder? Sorry, red. Maelstrom Pulse? Green. Executioner's Capsule? Nope, the Sphinx is black. His only out against it was Yoke of the Damned, a strategy that never paid off. Sphinx of the Steel Wind means business.

Alexis's deck follows a more traditional Jund plan of flooding the board with tokens and other dorks and then devouring them for an explosive finish. I got her once with Sphinx of the Steel Wind, which she was just as cold against as Lee was, but she was too fast otherwise. Dragon Broodmother ate Path to Exile both times she played it against me, but I lost one game to a 12/12 Predator Dragon and another to a tide of smaller creatures.

1 Gift of the Gargantuan 1 Soul's Majesty

These two decks are pretty similar. Greg's deck has Uril, the Miststalker, which our team prioritized very highly for the red-green-white deck. Greg has more basic beaters such as Cliffrunner Behemoth, Bull Cerodon, and Spellbreaker Behemoth; Matt has more tricky Beasts like Meglonoth and Realm Razer.

1 Voices from the Void 1 Infest

1 Wall of Reverence 1 Paragon of the Amesha

Really these two decks are quite different, but I've lumped them together because they're the two decks that play more than three colors. Barclay's deck plays four colors with plenty of fixers and accelerators mostly so he can power out ridiculously powerful cards as early as possible. Whether it's Thraximundar, Blood Tyrant, Vein Drinker, or Apocalypse Hydra won't really matter that much when you're dead. Voices from the Void, Paul's only actual domain card, is a control killer.

Globus, on the other hand, was the one player to really embrace playing five colors. His features lots of domain cards, Maelstrom Archangel, Maelstrom Nexus, Child of Alara, all three

activation creatures, and even the mighty Progenitus. I don't know how strong it is—I haven't played him yet—but it looks like a blast.

1 Rafiq of the Many 1 Elspeth, Knight-Errant
40 Cards