Stand Up and Admit 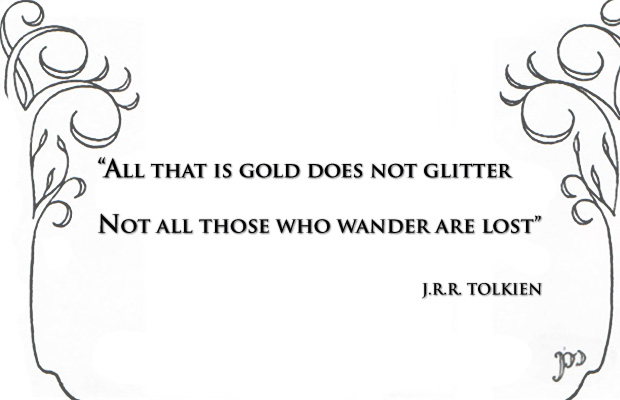 his is one of the most famous stanzas of fantasy poetry, appearing multiple times (in multiple versions) across many of J.R.R. Tolkien's Lord of the Rings series and related books. The reason this is so powerful is that the messages it's sharing are useful:

It's easy to overlook, ignore, and otherwise miss out on the awesome Magic that happens around us. In fact, we all have specific preferences and ideas for what Magic really is. For me, it's funky fun with friends playing a format packed with randomness: Commander, Draft, Sealed, and multiplayer in general. For others, it's one-on-one battles that test wits and will.

These preferences can put blinders on our eyes. Today, I want to help us peel back the blinders and consider something slightly different. Take just a little time with a friend or few and give one of these ways to play a try.

After all, these are what readers like you suggested! 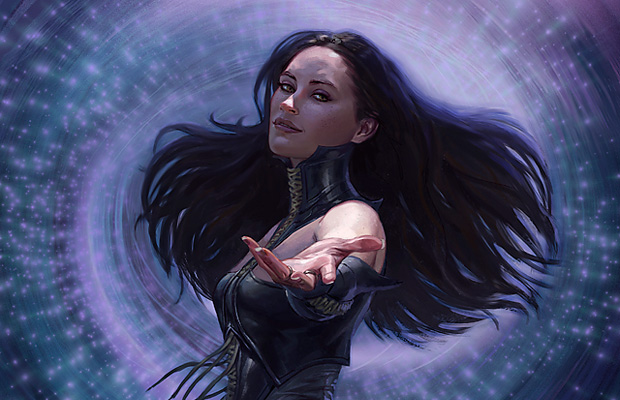 Come, let me free you of the tyranny of common formats.

Matthew Burt shared the most detailed description of how it works:

Noble is a variation on the pauper format whereby each player chooses a single rare to build his or her deck around; this rare is the Noble. There are no restrictions on Nobles, other than that they have to be either rare or mythic rare; when in doubt, always go by the lowest printed rarity of a card. Decks don't have to be built using the colors of the Noble, although obviously that's recommended.

Otherwise, you build a standard sixty-card deck (including your Noble), with a limit of four uncommons. When a Noble game starts, your Noble card is face-down in the command zone; you may play it normally at any time, at which point it becomes a regular card (it doesn't return to the command zone).

It's a really fun, cheap play style that plays kind of like Commander on a budget. While the original creators of Noble provided a sample Gideon's Avenger deck, it was really only to instruct rather than to dazzle; so I'm going to be a little arrogant and showcase my own favorite Noble deck that I've made, using Knight of the Reliquary. It's probably not the most competitive deck in the world; but it's a blast to play.

Matthew Burt's Knight of the Reliquary

4 Journey to Nowhere 4 Shield of the Oversoul

1 Knight of the Reliquary
61 Cards

The deck is a kind of midrange deck that can play slow or fast, depending on how it wants to go. It's got a few creatures that can do plenty of damage themselves, (particularly with Shield of the Oversoul or Behemoth Sledge), and naturally it can kind of rely on the Knight herself. Since she's so integral to the deck, I generally play it very safe with her, usually waiting until I'm pretty confident that the other guy won't be sitting on removal, or if Vines/Swiftfoot Boots show up.


In fact, I received several different responses all sharing that playing Noble is a noble idea indeed! Of all the pitches I read, converting Commander and Pauper into a slick way to have your go-to card is something that lit up my radar. If you agree, let me know and I'll make a plan to revisit it someday. 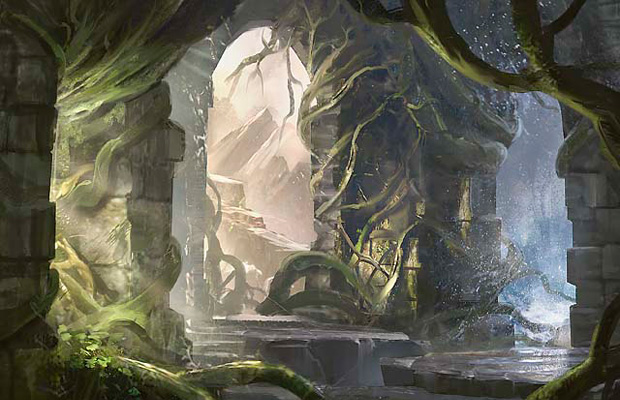 Some of you loved the idea of the Stack. Playing similar to a Cube while playing up the randomness, the Stack lends itself to big piles of cards and wacky interactions in each game. Dan Helland puts a twist on this twist with Realms Magic.

Been playing this format for about four years. Our "box" consists of about 12,500 cards.

There are a few more details out there, but the general idea is that instead of drawing purely random cards across every color, you can choose which color you want. Of course, basic lands are what's random here, but you put that together already. (Obviously, listing twelve thousand cards would be too cumbersome here, but choosing any number of your own should suffice.)

If you wanted a little more control over the colors you're casting rather than the mana you produce, this is an easy way to make multiplayer the social center of some games! 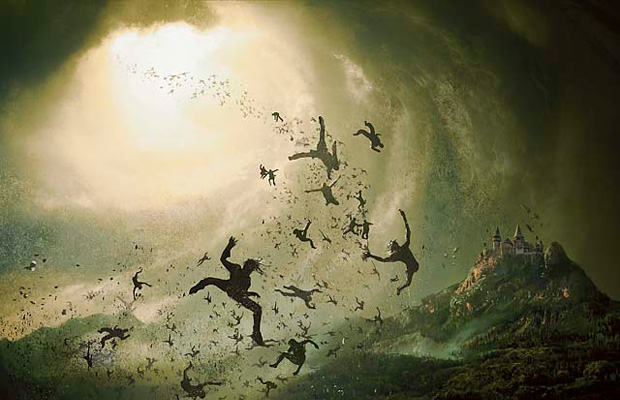 Not all formats are about weird rules and changing the idea of decks. If you love Planechase and decks with strong themes, Nate Weigel shared a way to make the most of the piles of planes we have laying around.

I have always been a fan of tribal decks and theme decks, and I noticed that the planes in the Planechase decks tend to coincide with past and current themes from various blocks. I took it upon myself to choose one plane that best represented each of my decks. Then I proceeded to create a twenty-four-deck, twelve-week season schedule, much like an NFL season schedule, where there are six "divisions" with four decks each. During each game, there would be a "home plane" where the game would take place. Normal Planechase rules apply, but you can't planeswalk away from the home plane. Home-field advantage proved to be a very strong trend. Something like 2/3rds of the wins were by the home team. I drew up an Excel Spreadsheet with all the decks and the season schedule.

After the season was complete, (144 games of Magic later...) I took the season record of each deck and seeded the decks in a sixteen-team bracket with eight pigtail matches for the remaining decks. The higher-seeded teams held home-field advantage longer during the tournament. Finally, when it was down to two teams, the Super Bowl had to be held at a neutral site. Therefore, we just played normal Planechase rules with all of the planes I owned to keep things random.

Here is the decklist for one of the twenty-four decks in the tournament:

2 Eye of the Storm 1 Inexorable Tide

2 Fuel for the Cause 2 Tezzeret's Gambit 1 Chandra, the Firebrand 1 Jace, the Mind Sculptor 1 Sleep

This deck obviously excels at the plane Izzet Steam Maze, and that became the home field for this deck. This isn't really a revolutionary format, but it's definitely a different way to spend an entire summer playing Magic.

Nate was kind enough to share that all of the other decks used in his first tournament were available, too. That's what really drew me to this way to play: Options. Setting up a league to play within, with everyone using a different "home plane" and a theme deck best suited for it, scales from a few friends to an entire game store of players.

If you decide to try something like this I'd love to hear how it went for you! 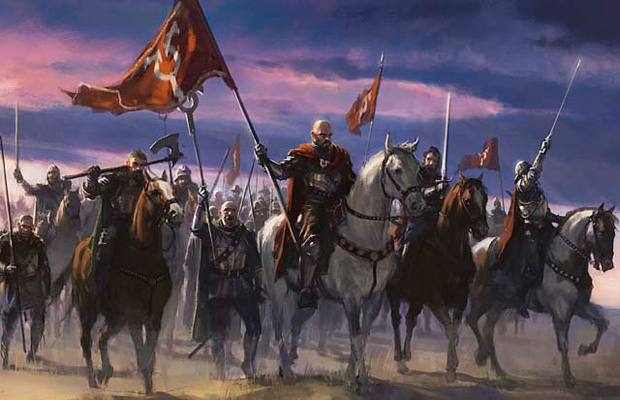 There were many more submissions for ways to play, but there was a startling trend among many of them that I want to talk about. The challenge was to share your rules with a sample decklist. Many of you didn't share a decklist (making it hard to explain; 12,000-card-pile formats excluded), but many more of you had an issue that plagues Magic itself: Complexity.

More than one submission came with pages of rules, had requirements for supplemental non-Magic materials, or was extremely dense. These aren't things that make a game bad (check out Magic's own Comprehensive Rules!) but it will make it very difficult to share it with others.

Complex formats with layers of interactions requiring reference and memory management aren't appropriate for a one-shot digital article aiming at less than 2,000 words, at least for sharing for the first time. When you adapt Magic in a way that changes most of the rules of the game, you lose out on the shortcuts and knowledge we already have. Noble is a blend of Pauper and Commander, two formats that have been around long enough to be well known. Using Commander decks with another game's game board and pieces, with heavily modified rules for how combat and creature abilities work, isn't comparable.

My point is this: Whenever you consider changing how you play, consider the implications of each rule that changes. If you want more people to play your way, you should seek to make it accessible. This idea is part of the driving "New World Order" force within those who make Magic to make the complexity accessible.

I believe the three ways to play here are relatively accessible, and I'm always open to hearing about more!

Next week is the first week of Return to Ravnica previews, so I'll be entering my quarterly spiral into decedent excitement and indulgence in the extraordinary. Let me tell you now: Just my previews have me astonished.

You'll just have to wait to see why. Until then, let's start with an easy poll:

Join us next week when the world bites back. See you then!