f the thick haze of a smoldering, pock-mark littered battlefield didn't tip you off already, it's Burn Week and you should be warned: it gets hotter than the kitchen in here. 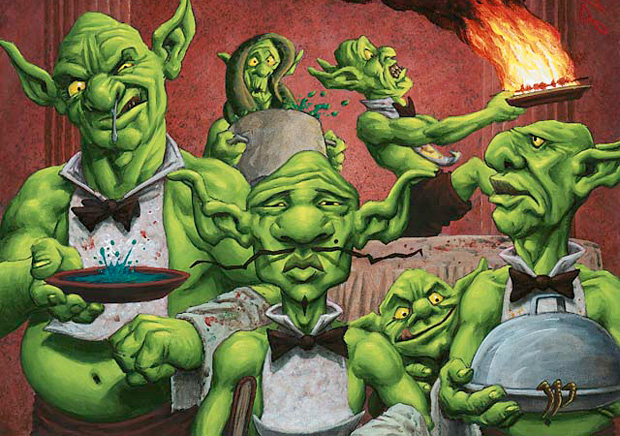 Lightning Bolt. Earthquake. Galvanic Blast. Burst Lightning. Slinging "burn" spells is something that's expected. Ordinary. Everyday average. Tragically common, yet fashionably hip. A decade ago it was Incinerate. Shock. Fireblast. It doesn't matter the era of Magic: there were always a bevy of spells to unleash that blew the face off of opponents and their creatures.

There's a lot to be said about decks that do just that as quickly and consistently as possible. I myself have had dreams of building a deck during the halcyon days of Magic beginnings when you could use any number of a card (as opposed to just four).

What a deck—Lightning Bolts and a sprinkling of Mountains. Totally kills things with a flash of our favorite one-mana red instant. Of course, this is also as boring as possible when it comes to considering burn and probably should never be shuffled up (aside from the whole "illegal count of Lightning Bolt" issue).

So let's look at something a more interesting, like this little ditty:

If you missed it last week, this is one of the two new decks part of the Magic Online Deck Series and this one happens to be legal to play Legacy. It's got all the explosions and electrical discharges from the sky I like along with a few critters that play nice with it all. But there's something else about this list that's just as similar to the first: it's still not Serious Fun material. 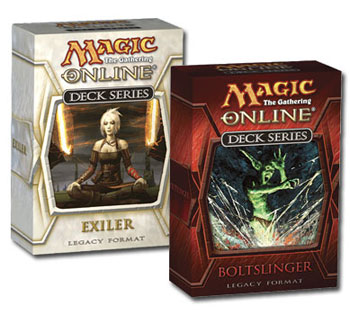 This deck may or may not burn things as fast as the all Lightning Bolt deck, but it certainly feels the same way: deal damage to opponents and their creatures, wash, rinse, repeat.

I have such a nostalgia about, and love of just slinging those burn spells I've realized that I rarely step back and take a second look at what I'm actually doing: consistent repetition. As an adamant lover of EDH, and singleton decks in general, I can tell you that I adore the idea of ripping a new card off the top of my deck and it being quite different from anything else in my deck.

Let's start with something that has me super excited for a variety of reasons:

Premium Deck Series: Fire & Lightning comes out this Friday and it is something I've already got queued up to receive. I could give you a list of reasons why I, personally, am really excited about this, but I'll stick to the one most relevant here: there's a lot of variety in there. 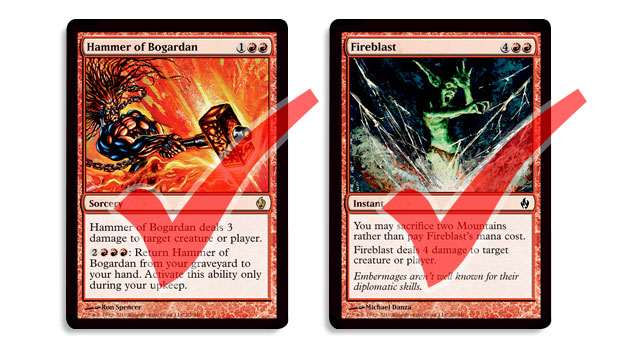 While the obligatory "4 Lightning Bolt" still appears, it's the miscellaneous gems from Magic's past and present that make me smile. Hammer of Bogardan and Fireblast? Check. Ball Lightning and Chain Lighting? Check. Hellspark Elemental and Fire Servant? Check. 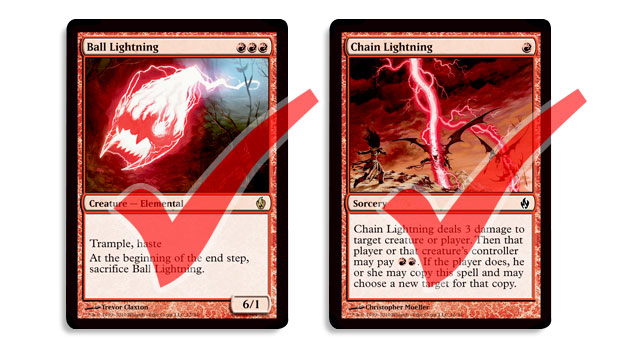 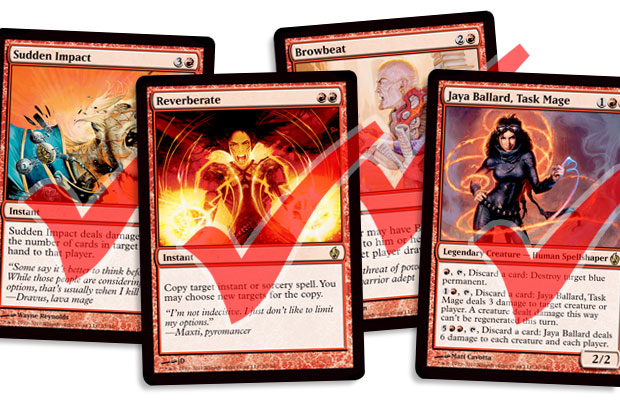 While I haven't been able to get my hands on it (yet!) something tells me that this is going to feel quite a bit more random than your everyday burn deck. Yes, the array of little red creatures will still strike hard and the fistfuls of spells that directly damage things are still present en masse.

But the feel of getting exactly the same thing every time is gone. Facing a deck that gains life? There's only one Flames of the Blood Hand. Need to deal with an annoying land or artifact? I hope this next card is Pillage. Did they just draw a ton of cards? "Knock, knock—library, I need that Sudden Impact."

Maybe what I'm really after is a burn deck that does stuff other than just burn, perhaps something like this?

This Is a Burn Deck

Now this is the kind of deck I can get behind. There's a little taste of a lot of different things going on but everything is tied together through the magic of flaming havoc. Burning-Tree Shaman and Rumbling Slum are probably guaranteed sources of damage for most opponents, with Stuffy Doll, Rackling, and Viseling playing along in their own ways.

Since we're dipping into three colors I like to throw a little morph into the mix and, fortunately, there are a few morphs that join in the damaging spree: Fledgling Mawcor, Skirk Marauder, and Skirk Commando. Kicker, too, is great when there's plenty of color floating around which makes both forgotten gems, like Illuminate, and more recent reprints, like Thornscape Battlemage, fit right in.

And then comes a bevy of wonderfully wacky cards to surprise both you and your opponent:

The lands follow the singleton theme as well, giving you lots of ways to get the colors you need as well as the opportunity to cycle away some if you draw into a color you don't need anymore. While not quite on-theme, Cultivate and Sylvan Ranger will help smooth out any mana issues when they pop up. And decidedly on-theme Magma Burst gives you something to do with extra lands that do get into play.

There is also a different route that many burn decks suggest: attacking with creatures. While shuffling up sets of very aggressive creatures is one way to do it, another is to simply have creatures that hit hard. I've been considering building a new EDH deck that actually uses some of the Eldrazi as well as plays right into the "go big and hit hard" theme that dovetails so well with burn decks. 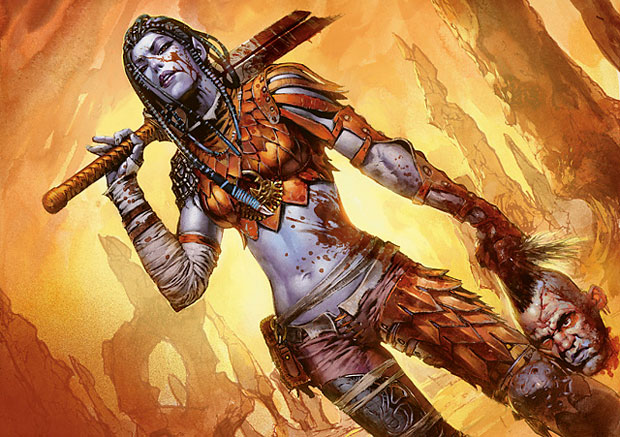 There's even more going on here than in the last singleton deck! I won't drag on too long but here are a few of the highlights of a deck like this:

Is this a true burn deck? In some senses, yes. It's got burning bodies like Flametongue Kavu and Inferno Titan with some big spells like Banefire and Disaster Radius. Chances are one of these types of things is going to hit somebody, or the things they own, pretty hard. Burn decks like attacking with creatures and love when there aren't any creatures in their way.

Just the kind of thing the little burn decks like Boltslinger do just on a far grander scale.

So where does that leave us? About as far from decks like Boltslinger as it gets while sharing some of the same stuff. And for me, that's a really good thing. I'm a big fan of cake and getting to enjoy the fruits of my fiery, hot labor is pretty awesome.

So how about you? What kind of burn-related or damage-dealing deck would you put together? I'm so interested to hear what other ideas are out there that I'm holding a little deck-building contest!

The first week I can fit it in will feature all of the winners, and some honorable mentions, for each category. I can't think of a better way to start 2011 off right than a plethora of cool decks and deck ideas. And if that sort of thing interests you too, then break out some cards, fire up The Gatherer, and flex a little creative muscle.

What are you waiting for? Get cracking!