love to read feedback from readers. Regardless of whether it's strictly favorable or not, the things you say are things that give me pause to stop, reconsider, and rethink things. There was an entire week devoted to this idea earlier this year but it's something that's always worth mentioning again.

I bring it up here because while the vast majority of the emails I received last week were submissions for the End of 2010 Deck Contest (check out the end of last week's article for information) there were a few peppered in that are fairly common responses in the abstract. One of the most common of these generalized questions is "Why didn't/don't you talk about multiplayer strategy in regards to [some topic or card of the week]?" 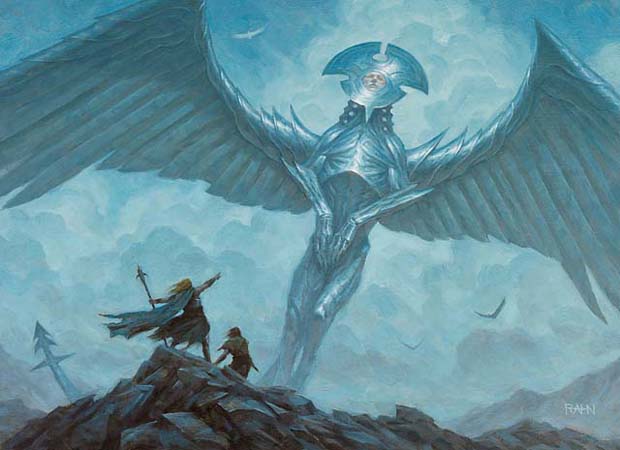 Let's imagine a world where most Magic is played in multiple player scenarios: tournament play is completely geared around teams and free-for-all games, discussion of cards revolves around multiplayer issues and ideas, and new sets are overflowing with things that are far more interesting with multiple players rather than just one opponent. In short: when you say "Magic?" players think multiplayer.

It's easy to see that you could find all sorts of multiplayer strategy displayed and discussed nearly everywhere you turned. I can imagine almost an overabundance of information—all geared towards the idea of winning in multiplayer games.

Our real world, however, is not based around multiplayer. The focus of discussions, however, is still mostly about winning. There are deep, rich backgrounds of theories and ideas, longstanding conventions and principles, and despite the continuous changes wrought by new sets the goals and processes remain the same: how to win with what, and why.

A quick hop through the digital multiverse of Magic websites (as Mark Rosewater so kindly provided a sampling of in his Feedback Week article) reveals that the general topic of strategy truly dominates. You can't shake a stick without hitting some tips, tricks, theories, or stories about winning. It makes sense, too: a lot of players value winning and finding ways to win highly.

But winning is just a part of Magic. Winning is an admirable goal that carries a lot of great things about it. But winning is not the only part of Magic. In fact, there are those of us who don't rank winning as the highest goal for most games we play. There are even players who aren't really interested in winning at all.

Strategy, in the context of discussions, is often geared around achieving the goal of victory. The strategy that is referenced in the abstract often comes with a tone of assumption, as if there is only one thing that strategy can be about. The assumption that "Players are looking to win." is beneath the vast majority of articles you can find at Magic sites.

Winning is an important part of Magic for some players, and strategy around winning is certainly something that can be spoken to, but there is so much more than that in Magic.

I'll admit it: there is strategy in multiplayer games. Emperor, EDH, Star, Respawn Magic, and every other way to play with multiple players has certain features, some shared and some not, that can be discussed through the "I want to win." prism. 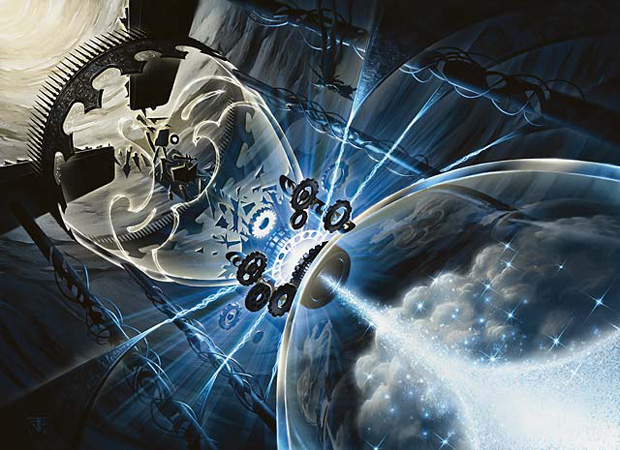 For longtime readers and those who were around during "the good old days" it's no surprise that things were discussed in just such a way (among other ways too) by former writers Anthony Alongi and The Ferrett. Both were, and likely still are, great bastions of multiplayer (and the associated theory and strategies for within multiplayer) games. In fact, I still go back and reread some of the greatest hits they put out (a few of which I shared during Multiplayer Week).

"So what happened?" you're asking? The answer is, and isn't, Kelly Digges, who took over for The Ferrett in the second half of 2008. Kelly was the herald and model of the change of focus, one that I followed through with since I grabbed the reins towards the end of 2009. The focus shifted away from that viewpoint of answering, "What are the things I need to win?" to one of "What are awesome, fun things in Magic?" In fact, The Ferrett himself explained just this shift on his graceful stepping down (and, as an added bonus for you strategy seekers, also recapped a whole slew of theory around multiplayer strategy).

I could list dozens of articles between Kelly and I that exemplify our newer focus but, like with Mr. Alongi and The Ferrett, I encourage you to look through Kelly's articles as well as my own to see what there is. (Pro Tip: Use the search function to find topics you are interested in; tacking on an author's name will, hopefully, yield articles by them on that topic.)

It's not that strategy isn't valuable or interesting on its own, but that strategy is something you find pretty much everywhere. It's piled up in articles by Mike Flores, Steve Sadin, and Jacob Van Lunen—better known as the writers for Top Decks, Limited Information, and Building on a Budget. It's in the build-around-this-idea goal of Noel DeCordova in From the Lab. It's in the cliff notes provided by Tom LaPille in Latest Developments and Brian David Marshall in The Week That Was.

And all of that is just here on magicthegathering.com—go exploring and you'll find much the same at just about every other Magic site.

"But what about multiplayer strategy?" you cleverly request. It's here too, but it's subtle information included with all the other stuff. It isn't that strategy can't be fun, merely that it isn't always the most entertaining thing to talk about. A textbook of strategy (which is often called a "playbook" among sports teams) is interesting to some of us, but nearly everyone can get behind a camera-on-the-head inside view of plays and games. In this context what the plays are meant to do isn't as important as sharing in some of the experience of just running it—what happened is interesting for its own sake. 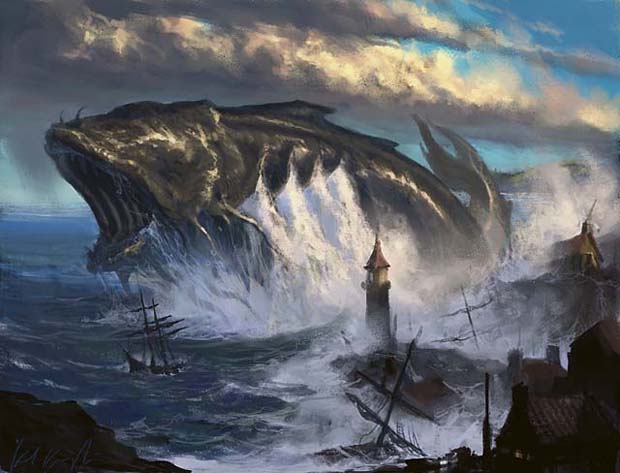 It boils down to a differential in values: if your values for having fun rely upon winning (a great thing that's obviously well-represented in Magic discussions) then you're going to feel like something is "missing" when I omit highlighting the strategic implications and advantages of Stormtide Leviathan. The benefits of Moat-on-a-stick are numerous, but that isn't the end of what it does: it's only the beginning.

Which is why when I discuss and show off cards like the aforementioned Leviathan I breeze over the plays you can make and instead dive into a bubbling stew of themes, cool interactions, and general heap of neat things that aren't focused on "Does this help me win?"

But I realized that there is a missing element. It's a related topic that has come up in responses before and it's tied to the focus on fun: "How, exactly, does one create fun?"

Rereading The Ferrett's farewell is part of what started this cascade of reflection and retrospect. I like to write about a wide buffet of things but each of you have slightly different tastes; asking for things now put out on the platter makes sense and I truly do want to give you something you crave.

So, with all due respect to The Ferrett, here are a few hundred words around having fun served in the same way a master of multiplayer before me shared his collected knowledge.

When you're ready, click here for a whole different article!