I see these Prerelease photo essays as an opportunity to encourage you, the readers, to make a difference in your Magic community. And besides, who doesn't love pictures of the smallest members of the community playing Magic?

'm not only a casual Magic player, I'm also a tournament organizer (TO). 1 A small local store sponsors the tournaments I hold at the local community library. I've been doing this for a few years now, and I think my tournaments are somewhat unique. 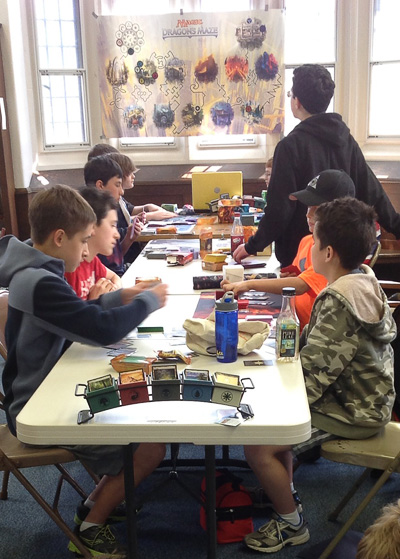 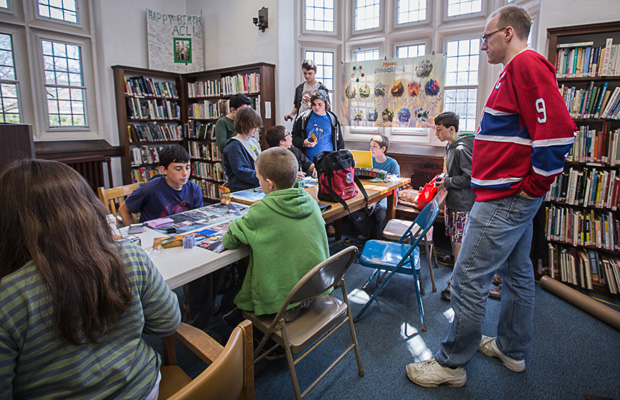 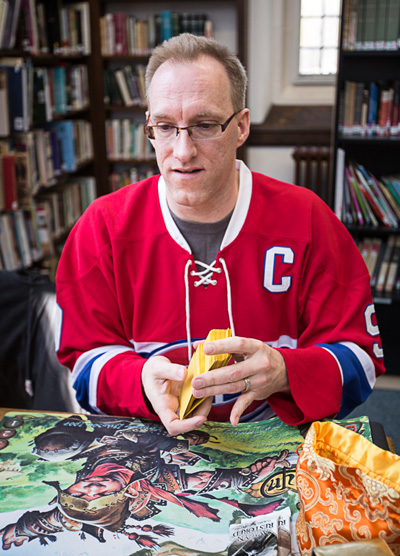 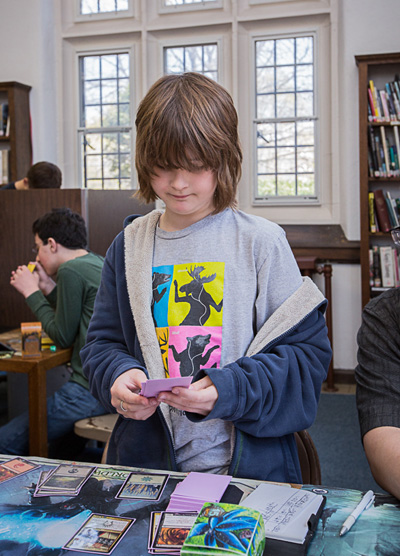 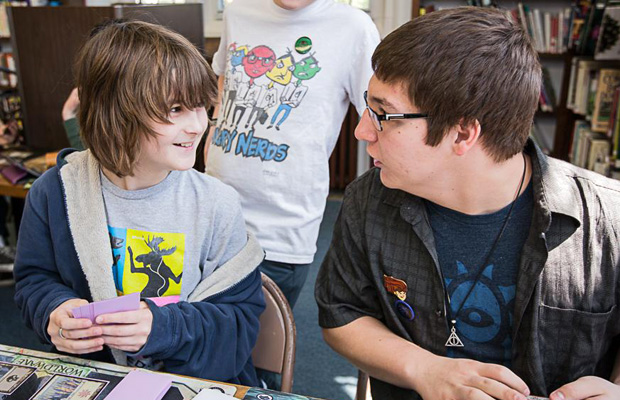 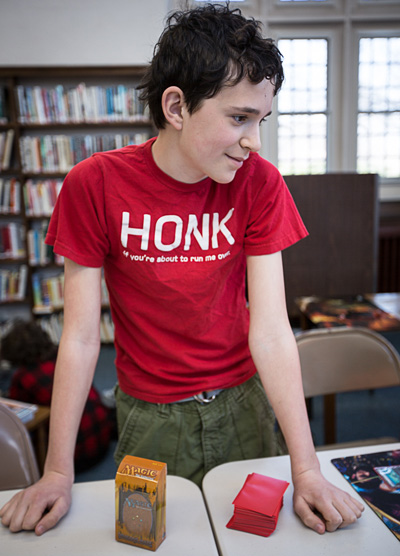 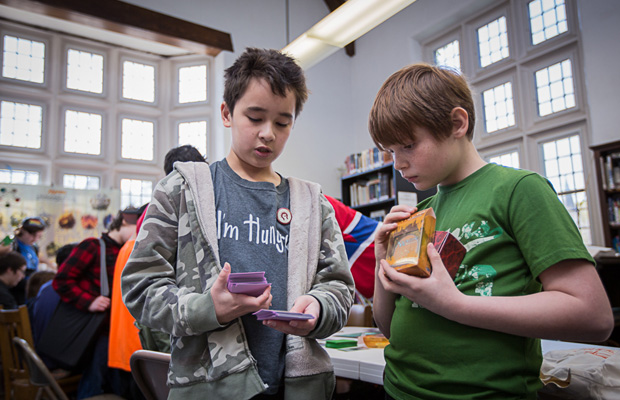 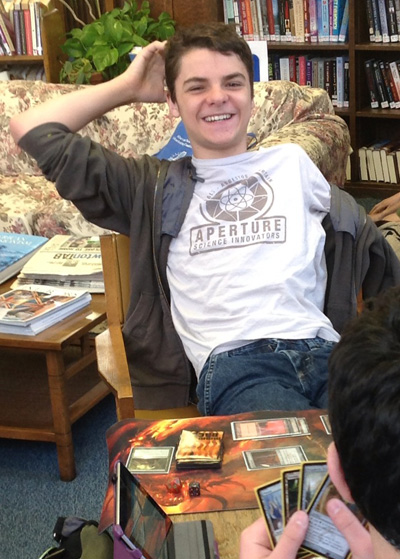 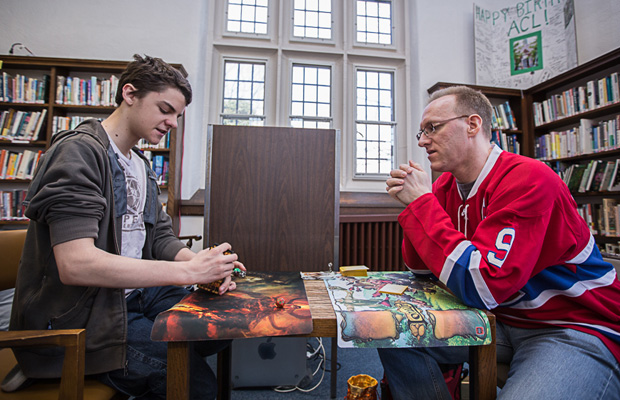 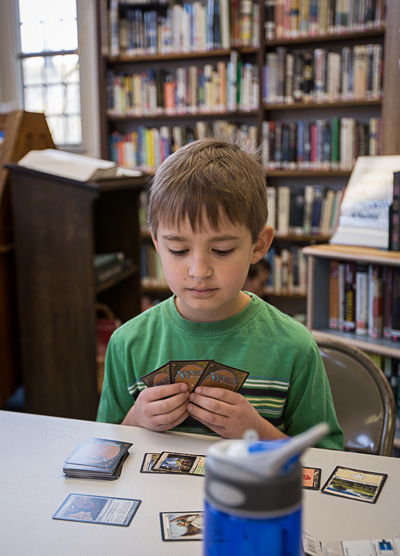 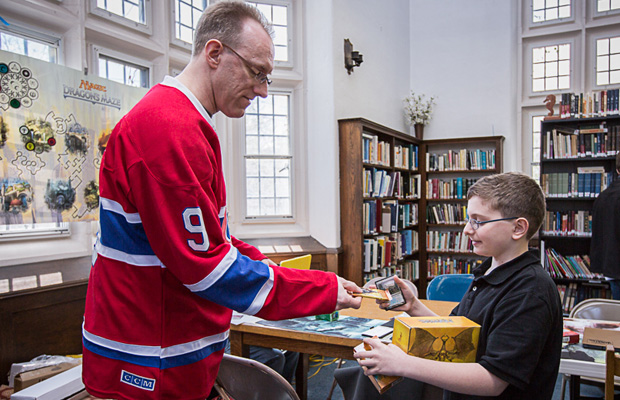 Sam couldn't come until later, but we saved a place for him. While the others were breaking for lunch, 2 Sam built his deck and crushed the two remaining rounds. Only two players ended undefeated, and Sam was one of them. 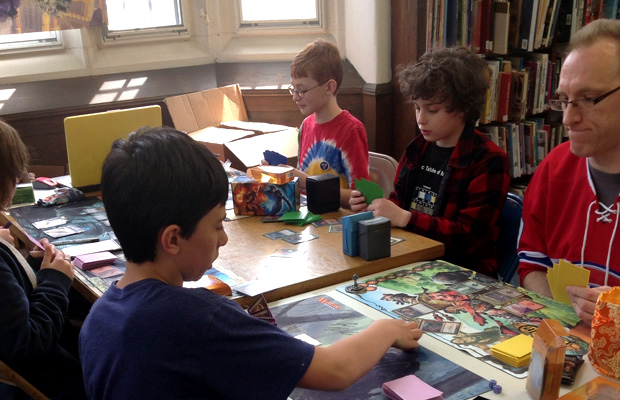 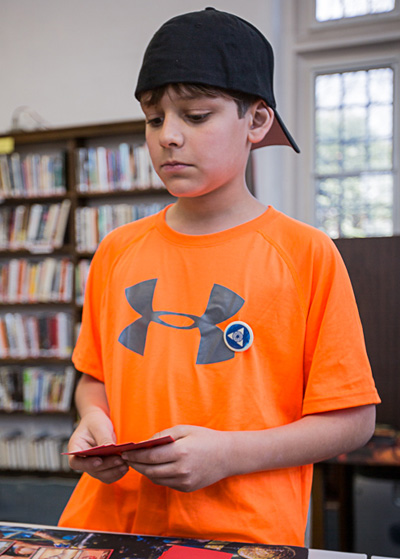 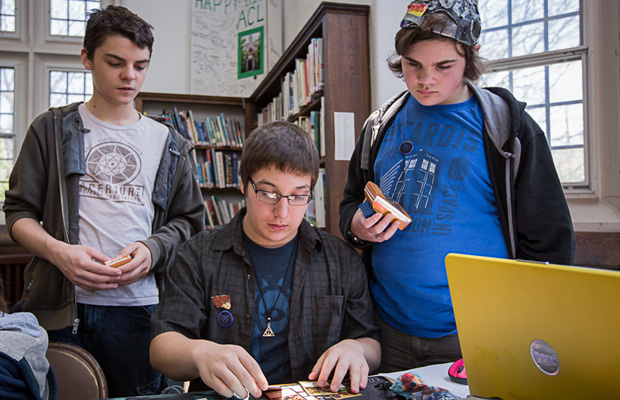 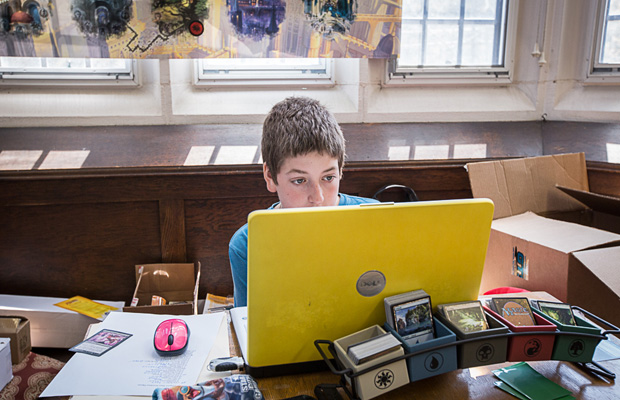 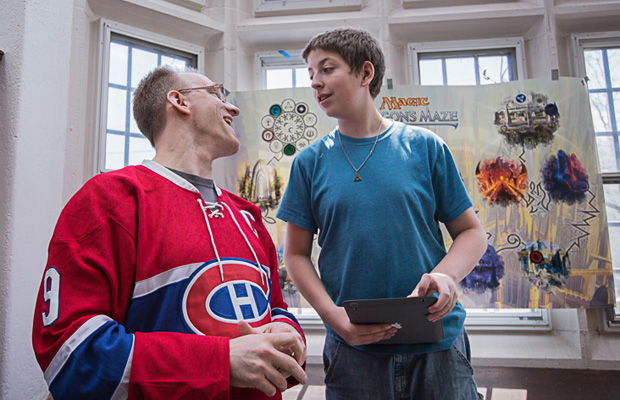 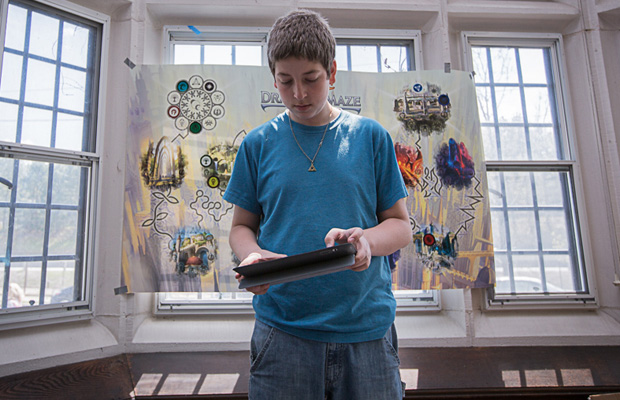 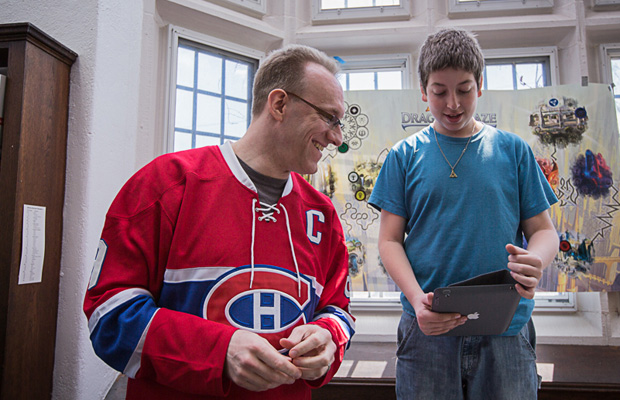 1: I sound like an old 80s hair-club commercial. (return)
2: Another thing I learned a while ago: give your players some time to eat. The little guys will quit just for a chance to get food. Giving them a chance to eat without conceding just makes things more fun. (return)