uilding a Commander deck can be a daunting task, particularly for those of us who, well, to put it bluntly, suck at deck building. 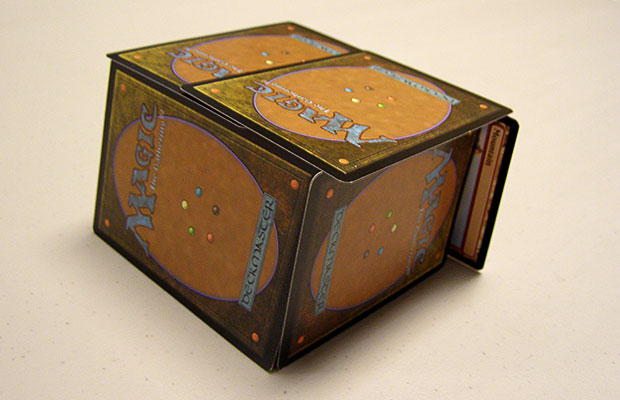 Not this kind of building with Magic cards

Commander demands you find about sixty different cards that work well together (and lands too!) and fit in your theme. This can be a serious uphill climb for players with more limited knowledge of Magic's card pool, but it can also be a daunting task for players who know so many cards they get paralyzed when trying to build a deck from the thousands of Magic cards in existence. To help out both types of players, I'm going to suggest an alternative deck-building method that neatly attacks both problems: 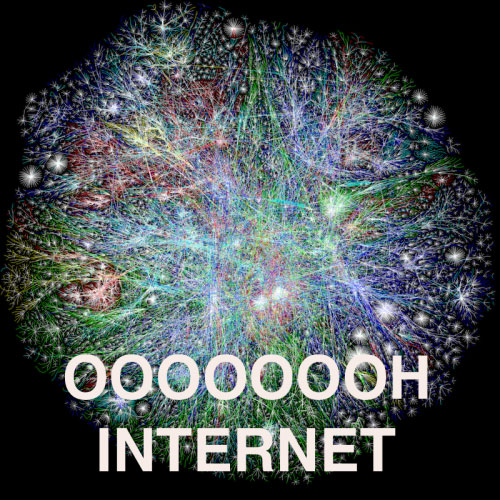 I had grown tired of the Commander decks I had built and decided it was time to try something new. I even knew who I wanted for my Commander. I love me some counters and was lucky enough to be able to write the preview for Vorel of the Hull Clade, so I knew I had my guy. My problem was where to go from there. Grabbing random cards that made counters would be easy, but it wasn't going to make a deck. I knew I wasn't going to put in the kind of effort Jud did for his dinosaur-themed Commander deck. The idea of searching through thousands of card images was simply too much to bear. I wanted some way to get me started, without feeling like I was entering a process that would demand days of work before I had a deck.

A quick Google search for "Vorel Commander deck" produced hits all over the place. I started looking at the lists that were available, thinking I would simply take one and copy it as closely as I could, given the restraints of my own card pool. After looking at five, then ten, then twenty different lists, I started to get overwhelmed. So many choices, but what were the best options? I hadn't played a single game yet and I was already trying to determine what should and shouldn't be cut. This brought me to a crazy solution.

I started with the first deck that hit on the list and loaded it into a spreadsheet. I worked my way through a handful of Vorel decks, adding them all into a single spreadsheet. I also had a reader email me about an article, and he mentioned his Vorel deck, so I added his list as well. For the curious, the spreadsheet is here. My apologies to the unnamed deck creators, as I compiled the lists a few months ago and was only able to track down names on the ones listed.

After getting five different lists, I decided I would build my deck as an amalgam of these five decks. If the cards were in at least three of the five decks, I would add it to my list. If the list proved too long, I'd trim it down. If it proved too short, I'd start adding in other cards from the list. Here's the result:

Over the last couple of months, I've had the chance to get several games in with Vorel. The deck has a consistent play, yet it feels different every time (a plus in my book!). In some games, you are building a single creature to ridiculous size. I had one game where my Forgotten Ancient could deal a deathblow to any opponent, assuming it could actually get through. My plan was to move ten counters to my Inkmoth Nexus to make my win condition a little tougher to kill, but someone beat me to the punch that game, overwhelming me before I could complete my dastardly plan. In other games, I found that my smaller force of four creatures were all ridiculously sized and ready to take out opponents. In another game, I even managed to eliminate someone by proliferating a small collection of poison counters.

I rarely had a game where I felt I wasn't involved. The deck demanded more thought than many other decks I've played. "What should get doubled?" "Do I want to maximize the tokens or use them to gain an early advantage?" "Which creature should get bigger?" "Do I use the mana now, or threaten other options?" Many other decks I build have an obvious line of play that leads to easy play decisions or fewer options. Getting more engaged was good.

The deck needs more stabby parts. While I had more decisions to make, there wasn't the interaction I was hoping for, and removal is a big part of that. Too often, it seemed that my only option to solve a problem was to make a bigger creature and kill my opponent. While that can be a valid long-term solution, it can often take so long that you are neutered. I'd prefer to have a way to kill Nekusar, the Mindrazer right away. The deck does have some cards that can do this, but there just aren't enough of them.

Erik Lauer is an R&D developer at Wizards of the Coast who is known to love value engines. When a combination of cards provides you with even a small benefit, over time, the benefit grows and can often give you an edge to win games. Carefully constructed scenarios that, by themselves, offer a small benefit that, over time, provide an edge, make up the Erik Lauer Experience.

While this sounds good, in my playgroup, the term has taken on a negative meaning. In multiplayer games, the Erik Lauer Experience translates into one player doing a bunch of irrelevant stuff that takes up game time to get a negligible benefit. Three or more other players start to look at this and decide that the game will run far more smoothly without the player doing the Erik Lauer Experience. So you get attacked. The negligible benefit becomes a substantial negative. 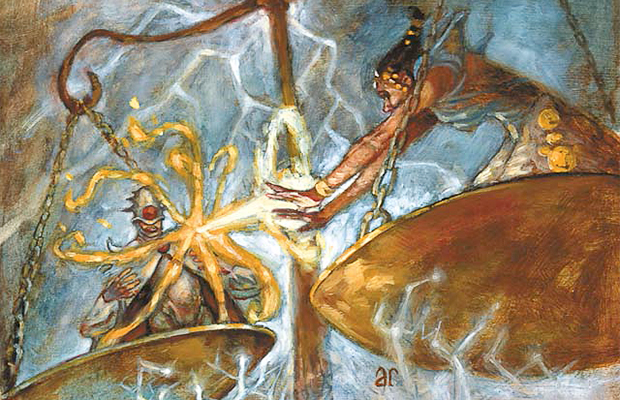 The Vorel deck does this because it tends to wait until the last opponent's end step to tap cards, double counters, and generally mess around, in an effort to optimize what you're doing. To avoid the delays, I've tried to plan out exactly what I am going to do and move through it quickly, but if the board state changes, everything can get thrown out the window. I expect that more experience with the deck is the best way to resolve this issue, but for now, it is a problem.

I also wanted more creatures. I tend to prefer Commander decks with thirty-five or forty creatures, so I was a little worried about the lower count. There are several other spells that could make creatures, so I figured I would be fine.

I was wrong. During my games, I often found myself wishing I had another creature. I would want to spread the token love, but I was short creatures. I would want to attack, but didn't feel that I had creatures I could rely on to block. Beyond attacking and blocking, I felt like I just didn't have the mass of creatures that I wanted. While Mycoloth can get plenty big even without initially devouring creatures, there was rarely anything available I'd be willing to devour.

The deck can be quite the mana sink. While Prophet of Kruphix and Seedborn Muse can resolve many of the problems, there were moments in every game where I just wanted more mana. Cards like Inkmoth Nexus were using up mana every turn, even if it was just to threaten activating Inkmoth Nexus. Between that and the mana needed to activate Vorel's ability, eight mana on the board feels like only four.

Something I like all my decks to do is mess with opponents. I want to disrupt their plans, at least a little bit. What can I say, I'm a meddler! Too often, it felt like all I could do was make my creatures bigger, or bounce them, or draw cards that would do things to my cards. I like the chance to mess with combat or create alliances. When I have nothing to offer my opponents other than an agreement to go after a different opponent, I get a little sad. I like my diplomacy to include both whip and carrot!

While this proved to be an interesting experience, I wouldn't recommend it. There were a variety of issues with creating a deck this way that I hadn't considered when I started.

Given all of this, what does the person with limited knowledge of Magic's vast card pool do? I'd recommend following me half way. Find a few Commander lists on the Internet. Amass the cards they use and treat that as a smaller card pool from which to build. This should be enough to give a player some idea of what is expected, and what will work well with that Commander. It should release the pressure of getting started, while leaving you open to include newer cards or something interesting you saw in just that one deck.

PS: So what cards do I plan to put into my Vorel deck? Drop me an email or a message in the forums and give me suggestions! I've listed what I thought were the problems with the deck, so all of you know what I'm looking for in the changes to this deck. Vorel was put together by the community, so let's keep the changes community-based too!