What We Leave Behind

erious Fun is an oxymoron.

Serious Fun, at least in how I approached it, was a blend of finding the wacky and interactive in Magic while the firm notion that it of itself was a sufficient reason to play. It's why I've been so drawn to Commander through the years: it embodies the blend of different rules and ideals to create an experience found nowhere else.

It's a funny fit for Orzhov Week: I became indebted with the ease of using Commander as an example, and now I owe everything to the format that keeps on pulling me along. As you may already be aware, this is my last article for Serious Fun. Next week, I'll be charting new ground at the helm of Command Tower, a new DailyMTG.com column focused exclusively on Commander. (You'll have to come back next week for the details on that column. It's going to be different from other series out there.) 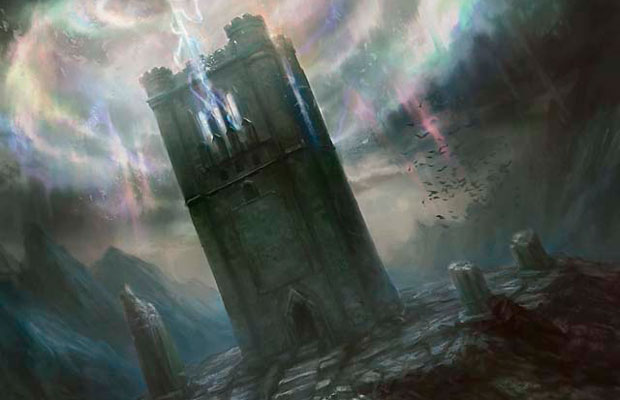 And while the extortion of Serious Fun to the awesome of Commander will become the once-in-a-while donation it should be, the matter of today's article remains. Like the previous authors of this and other columns, it's only fitting that I look back over what I've brought to the table and distill the most crucial elements from my tenure.

If nothing else, it leaves our successor of silly with a guidebook of what I found important to share, and it leaves you well-equipped for your own adventures.

Fun Magic is Personal and Intimate

The biggest hurdle players encounter when it comes to multiplayer is that there is a serious need to consider the whole of the game and its players. Unlike duels, when you are the sole hero against a singular enemy, multiplayer involves group dynamics and the ramifications thereof. The goal of victory still remains, but how you get there and why others would play the game again is different from the duel experience. 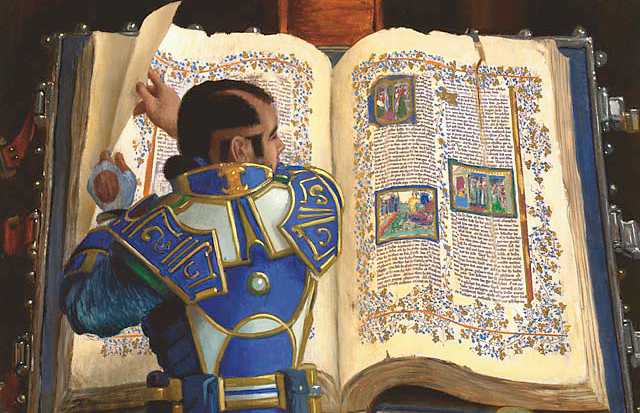 Understanding that it's not only you having a personal experience in the game is the key to becoming an inclusive player. Wanting to win, trying to build "better" decks, and looking for advantages in games aren't things we need to give up for multiplayer, but they must be weighed against additional considerations. That's what I shared in "The Eight Rules for Multiplayer Magic." Those eight rules are:

While multiplayer is all about multiple players, it's up to each one individually to follow through on participating well. Understanding how we ourselves interact with the game is important, too. One of the earliest stories I shared was about my general dislike of blue. It's natural to have preferences, but those preferences can't preclude others.

"Blue isn't what excites me in Magic anymore, but it is a great part of what makes Magic that much more of an experience. Whatever you have fun playing, however you play to have fun, Magic is that unique type of adventure for you. I don't need to share your style of story to acknowledge that it's a story nevertheless, and probably a good one too."

Fun Magic is Inviting and Sharing

When we open ourselves we feel vulnerable. Gaming between friends can become heated when nobody decides to accept the idea of losing. If you play multiplayer, you should get used to it: there are fewer winners in multiplayer than in duels. You should expect to lose, and find ways to have fun along the way (that ideally lead you to potential victories, too). 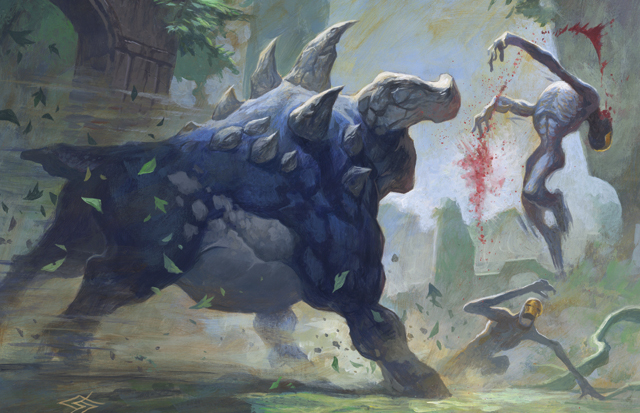 That's why I focus so much on Magic as a social experience. If I can't assume I'll win regularly, why not look for others ways I feel victorious? Heading to your local game store or something as big as an event like Worlds 2011 should be excellent. And it is. Whether I'm playing some new deck themed around copying transformed creatures or an entire blue Commander deck that uses only three counterspells (both things I took with me to Worlds 2011), getting to meet new players in new places is something that's incredibly fun.

But that's only part of it.

Inviting others to share in Magic is another form of multiplayer. Instead of focusing on who already knows the game, looking for who yet doesn't adds players to the mix. That's why I spent two articles looking at how complicated things become easier to demonstrate through game play , and that you can trust new players to try things you otherwise would completely miss. Teaching Bill, a friend unfamiliar with the game, how to play and letting him explore at his own pace led to some awesome games. It didn't take much to get him started, but having one more person to play against is a phenomenal return on that investment.

Preparing to share en masse is another strategy I've explored. From using monocolored decks or guild-based decks using Return to Ravnica or guilds in Gatecrash , it isn't difficult to build decks ready to be given away. While you can show someone how the game is played using decks you own and keep, truly sharing your passion requires imparting the game itself into someone's hands.

How else will those players have something to play later?

As much as you make and take Magic as a personal experience, sharing outwardly in ways others appreciate matters just as much—or more. As much as I enjoy winning games, leading someone who knows little about the game to naturally ask questions like, "How can I play strong enough to counter an experienced deck builder?" is another level of awesome.

Fun Magic is Whatever You Want it to Be

Having the good sense to come prepared, looking for ways to invite new players, are obvious concepts. Actually creating new ways to play is another level beyond. As Mark Rosewater has said, Magic is really several games all under the same umbrella. No one would argue that Commander and Standard are really the same way to play just as Modern and Limited are obvious worlds apart. 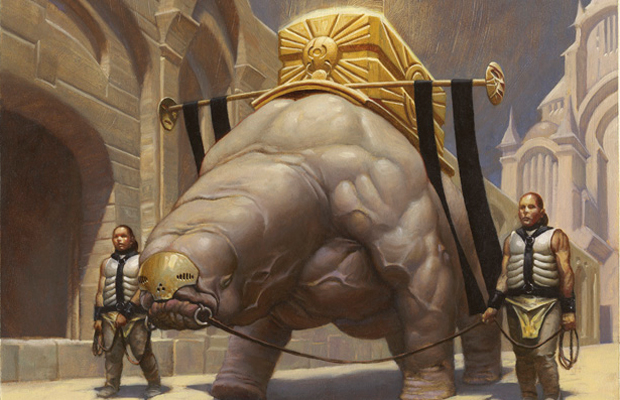 Throughout the years, there have been far too many ways to play than can be documented. Through "The Compendium of Casual Magic" (Part 1 and Part 2) I had begun to detail a fraction of these ways. It isn't easy to create something new within a fairly confined structure like Magic. Inventing new rules requires forethought, experimentation, and testing, and that's daunting. Creating something like The Planar Wars or Respawn Magic takes effort that is somewhat elusive to many of us.

But that process calls to what Magic truly is.

When I began looking over the past of Serious Fun and saw how much time I was using on Commander I applied effort to change that. Last week's recap of an game of Usurpers was just one of many ways to play I've shared recently:

These are all articles just from the beginning of 2013, and it's clearly not an accident. There was plenty of Commander interspersed too, but my focus was to begin bringing more ways to play and whys. I truly feel Commander is among an elite set of formats that encapsulate the many dimensions of Magic, but there is so much more to experience than just one format.

Seriously, whatever you want is fun, too.

While you'll find me featured in a new role next week, I'm sorry to share that this is the end of Serious Fun for me. What I've tried to do for more than three years is bring the vision for the column set forth by Kelly Digges to life in ways that are interesting and useful. 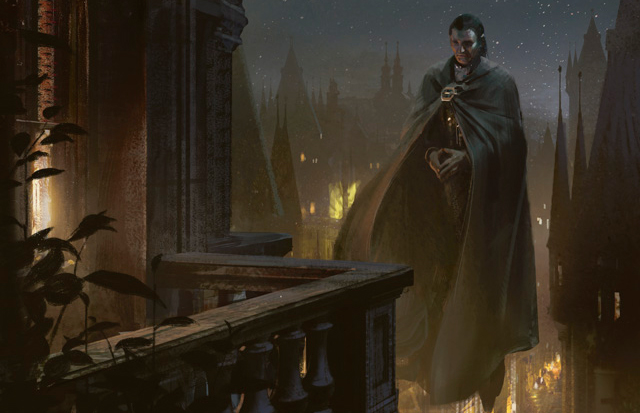 Creating from the constant feedback loop of vocal readers and sharp editors has let me grow from a writer who wrote pretending to have confidence to one who trusts his instincts in finding the right angles to bring. It's a combination of writing science and gaming intuition that, while sometimes still missing the mark, has led me to see better and better results from Serious Fun through the years.

But that's only my piece. I want you to tell me what you've seen.

Whether it's by email or mentioning me (@the_stybs) on Twitter, I'd love to hear what you remember most from my work at Serious Fun. Those stories of trying formats, experimenting with decks and cards, or even just sharing the game with someone new were my favorite things to read. I'd love to hear one last point you felt I needed to know.

It's a whole new world starting next week; we can't live in the past.