When Life Totals are Ashes You Have My Permission to Die

his is the final week for Return to Ravnica previews. 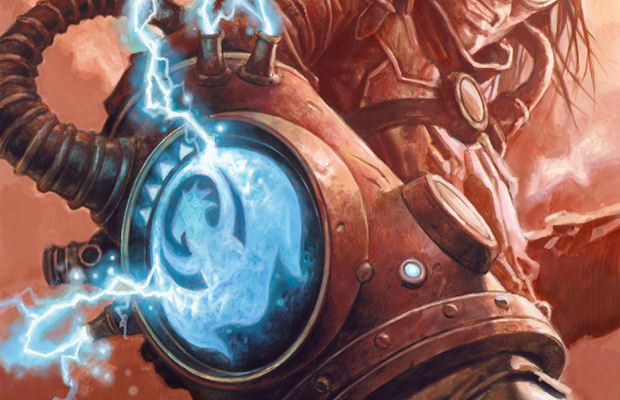 We started with a Wurm to end all Wurms. We moved forward to a battlefield-breaking overload. This week is the coup de grace of the series: A natural progression to what I can only describe as the meanest card I've ever had the pleasure to preview.

You can quote me on that later. Of course, an introduction is in order.

Do you know Rise from the Grave? It's my favorite half of its current partner in crime, Murder. Bringing back one of my creatures is sweet, but killing an opponent's awesome guy then stealing it right out from under him or her is sweeter. But Rise from the Grave wasn't the first to win over my heart.

Several years ago, I discovered Beacon of Unrest. It's a supercharged predecessor to Rise from the Grave, hitting either a creature or an artifact in any graveyard while recirculating into your deck. You could cast it again! It was awesome to shuffle in a flourish only to have an opponent cut right to it. It wasn't until miracles in Avacyn Restored that I felt that feeling again.

This is all old hat. Bringing back the dead for another go-around, even if we do it an extra time or two, isn't anything unusual. It's common in Commander. It's a build-around-me idea for multiplayer in general. It's an uncommon printed in three of the last four Core Set releases, with cameo appearances in Duel Decks: Garruk vs. Liliana and Magic: The Gathering Commander decks.

Return to Ravnica is changing the game. It's :

Are you ready to be enemy number one?

Grave Betrayal is not a friendly thing to play. It's obviously, and monstrously, powerful. The closest card I could find to it is from our last trip to Ravnica, Debtors' Knell. Debtors' Knell returns to the battlefield from any graveyard a creature of your choice, on your upkeep.

Grave Betrayal won't do anything automatically on your upkeep, but it will return any creature of your opponents you kill, at the end of the turn, with no extra effort. You kill it, it's yours. And whatever necromantic pact you make also adds some fancy stuff in the details: it makes the creature black, a Zombie, and adds a +1/+1 counter in addition to all the regular features of reanimation. (It also costs seven mana, but that's a paltry sum in Commander.) 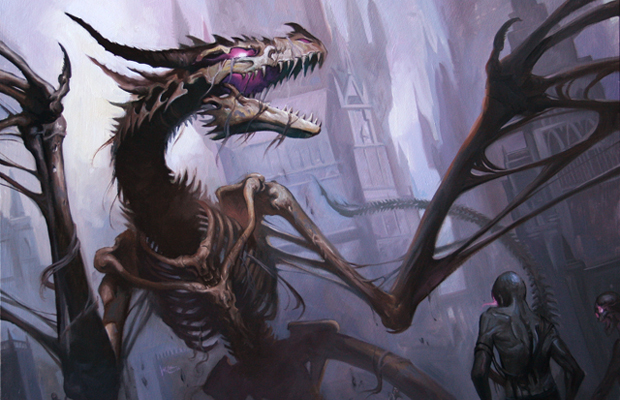 What this does it completely unhinge the current game. Every creature your opponents could cast get a second look: They could be turned in an instant. More pressing will be any creatures currently in play. When you play Grave Betrayal after a fantastic fatty from a foe, things change. Whether you're in a position to do anything or not, you will become the big bad guy. Everyone, for better or worse (Admittedly, "for better" most often!), will come after you.

Even if your opponents miss just how strong Grave Betrayal really is:

Old chestnuts like Soul Collector require you, the controller, to do the dirty work of killing. It takes some effort, planning, and luck. This is a one-time fee for phenomenal power. Phylactery Lichunderstands how this bargain works.

Since there isn't much we can do about being on top, let's looks at a few ways to make the most of it.

Why am I only looking at cards that qualify as Orzhov, a guild that isn't even featured in Return to Ravnica? There's one black and white legendary Vampire that works pretty well with Grave Betrayal: Vish Kal, Blood Arbiter.


Vish Kal, Blood Arbiter kills things as fast as you can sacrifice your own, which seems like a sharp thing when everything we kills gives us something bigger upon death. The Golgari would be proud. Here's what else is lurking in the deck: 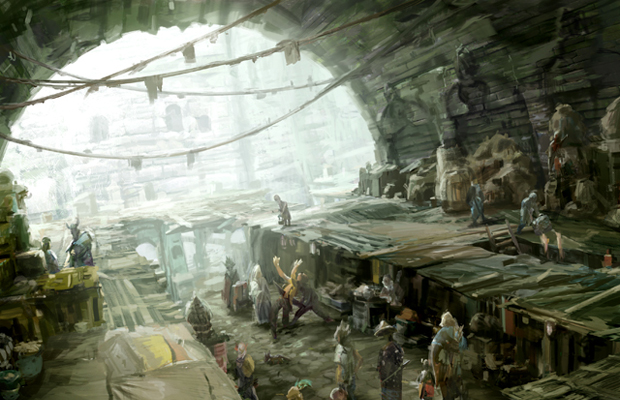 Just because the Orzhov aren't here (Yet!) doesn't mean there aren't tools that work well with them. In fact, if you look across the Return to Ravnica Card Image Gallery you'll find plenty of treasure for an enterprising member of a non-Return to Ravnica guild.

As a proud member of the Boros, I can assure you the awesome is in there.

The Young and the Restless

If your guild is in Return to Ravnica then you might already be overwhelmed with awesome. That's why last week I asked about two of the brightest stars revealed:

Jace is Jace, and obviously awesome, but it looks like his time in the spotlight had taken a toll. As tempted as I was to name the "I love blue best!" phenomenon, it looks like my fears were overstated. And if you want to love some colors, I'd humbly suggest a little red-white action.

That said, it really is Vraska the Unseen who I wanted to see. Can you think of a recently previewed card that creates some additional tension with her, say a certain black and seven-mana enchantment? (Pro Tip: Read the above article.) 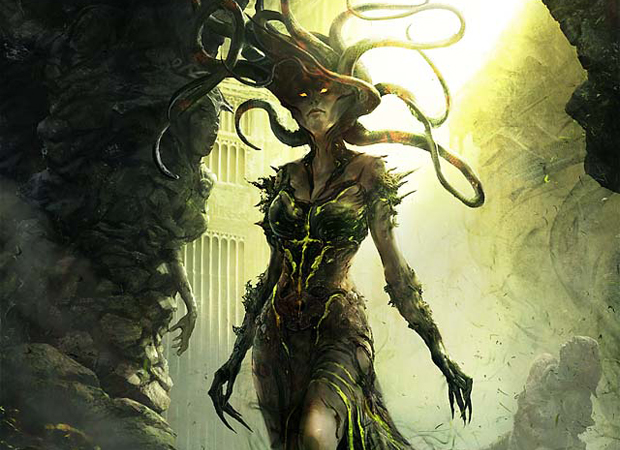 Vraska can "protect" herself by destroying anyone who touches her. While I won't disagree that killing Planeswalkers on sight is an acceptable plan for multiplayer games (because it is, and I do it too), making that choice much harder is fair game. Laying down Grave Betrayal and following it up with Vraska and +1s will quickly let us move to her ultimate ability and some new friends on our side of the battlefield, or her demise and a pile of new friends on our side of the battlefield.

This is certainly a Planeswalker I can sit behind.

Since we're looking for some Vraska the Unseen action, and I know I'm going to want to build some Commander decks with the newest multicolor goodies, I have a poll that's very familiar to readers who have been around the block:

It's been a long time since I've picked up my first premium foil Commander, Kresh the Bloodbraided. I never stopped caring for him, even if I didn't have a deck around him. Sometimes, old flames can be a blazing fire again.

The other options are all Commanders I've never built a deck for before. If you don't want Kresh I'd at least like to try something new, and with any option you pick there's a 100% guarantee of Vraska the Unseen making an important appearance. I hope you don't mind!

Join us next week when I look at what he haven't seen yet! See you then!