lanechase is coming on September 4! Refresh yourself on the rules here, then prepare to purchase! Each deck will have an MSRP of $19.99. Today, we're going to tell you what's in the Strike Force deck, which is designed specifically to work with its Planar deck. We'll show you the planar deck first, then move on to the sixty-card Magic deck. And watch for the Zendikar preview card!

The "Strike Force" deck enlists creatures with haste and double strike for quick attacks that are sure to leave a nasty mark. Planeswalk to the Academy at Tolaria West to refill your hand, and then use burn spells to finish off your opponents 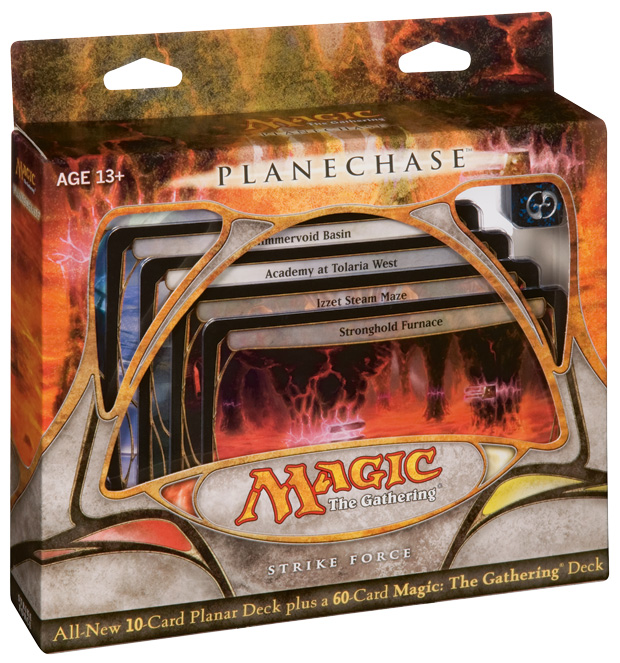