here are tokens in Magic 2013. That can't come as a surprise. But who knew they'd look this good? Us! We did! That's who! So it's time to look at some tokens and also marvel at how nice the art looks without the card frame around it. Hooray!

The first token on the list is "Cat." But it's not an adorable little kitty; it's some kind of vicious 2/2 humanoid cat. Not that there's anything wrong with adorable kitties. After all, Dark Ascension has two of them. 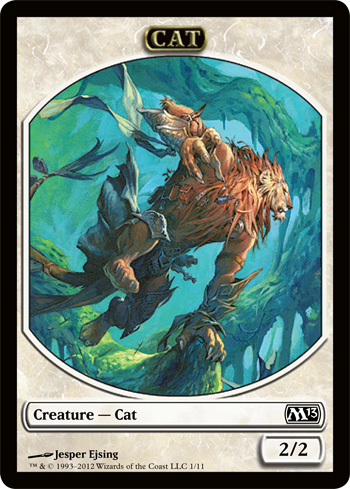 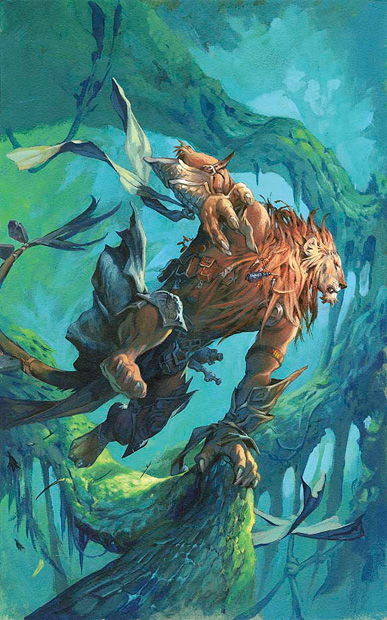 There are not a lot of goats in Magic but there are a couple. There's even a Goatnapper. But Magic 2013 has a goat token. And here it is! 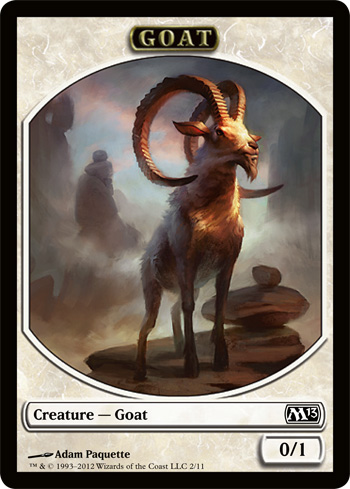 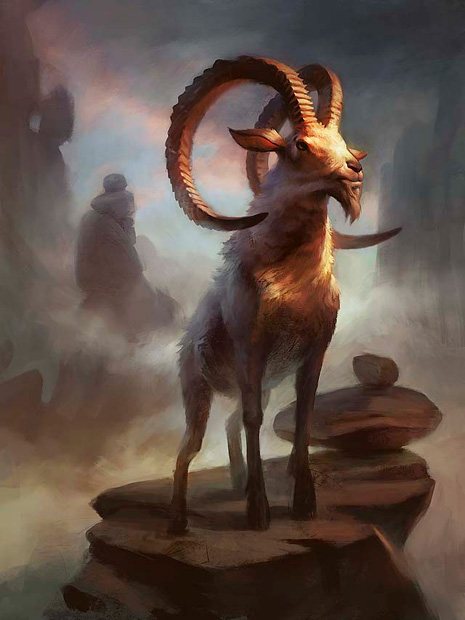 It's important to have Soldier tokens. How are you going to amass a token army without Soldiers? 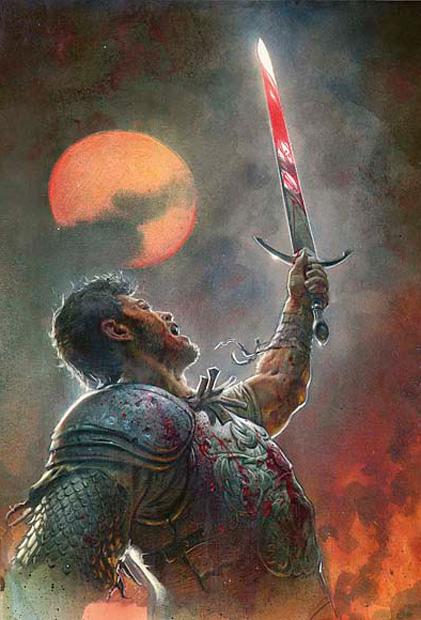 Hi. Monty here. I'm the one who writes the Arcanas. My name's up at the top of the page. I've been playing Duels of the Planeswalkers 2013, and I'm here to tell you that if you play the Talrand deck, you're going to generate a lot of 2/2 Drakes. So if that's your bag, get used to seeing this. 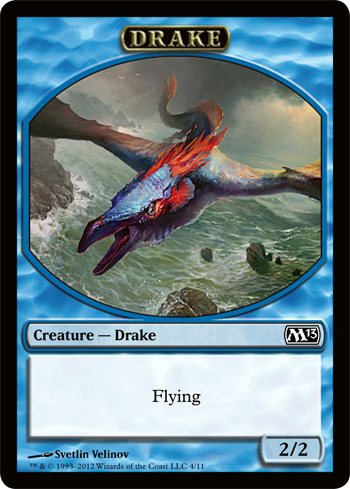 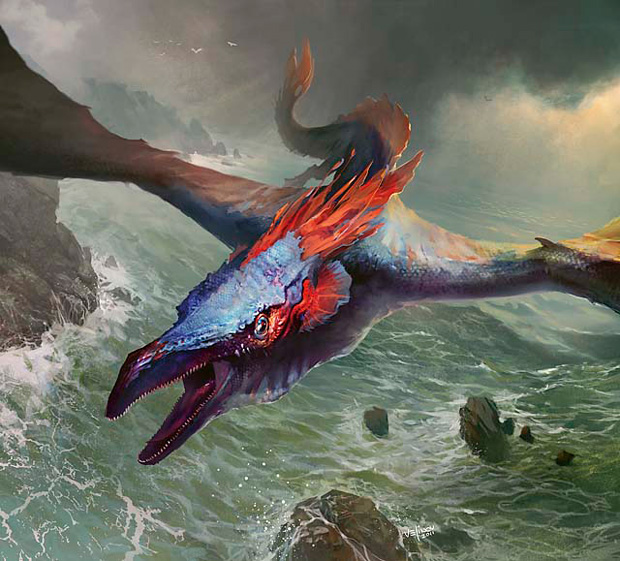 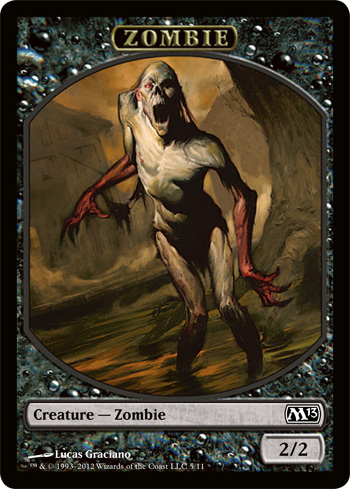 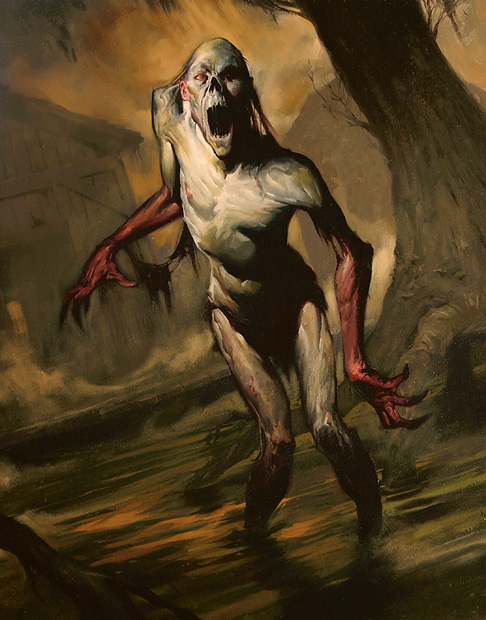 Yesterday's Arcana showed how Krenko's Command took place in the background of Krenko, Mob Boss. This Goblin token could possibly be taking plapce up above Krenko. Probably not, though. Anyway: Goblin! 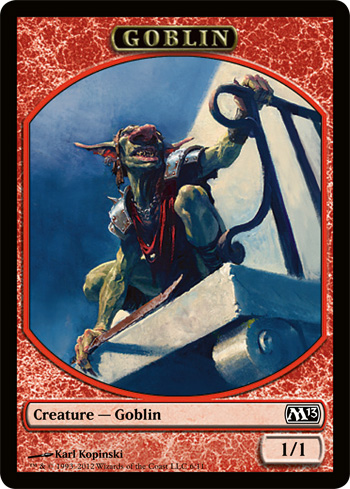 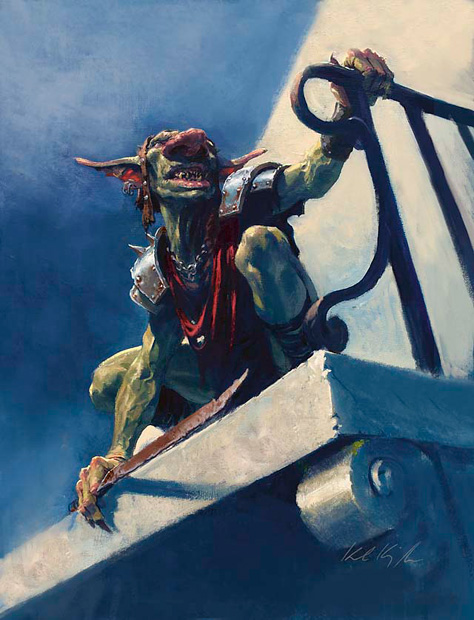 You don't want to mess with Hellions. Just look at those two chumps being thrown around there. 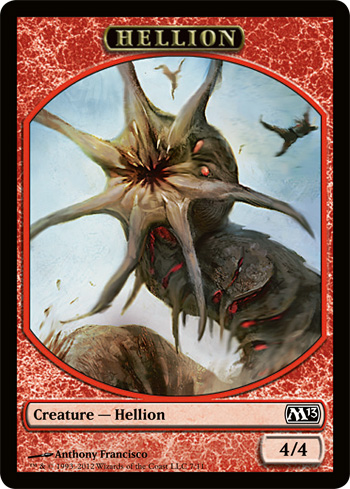 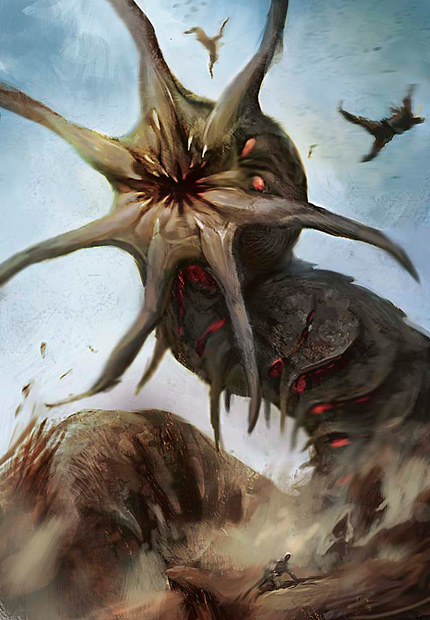 Garruk's in the set, so there are probably going to be 3/3 Beast tokens. 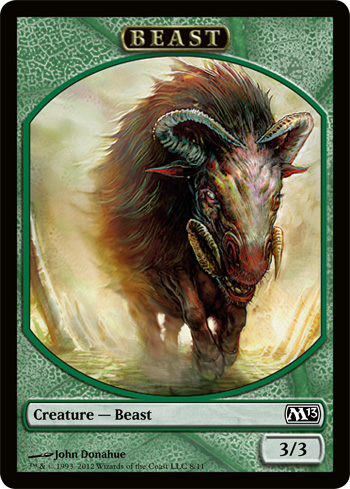 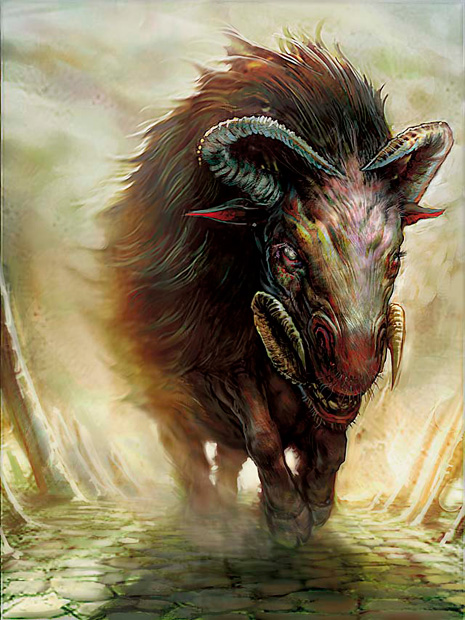 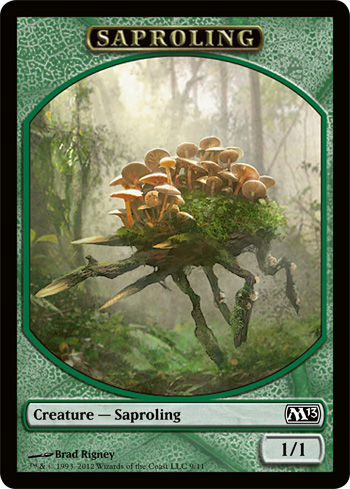 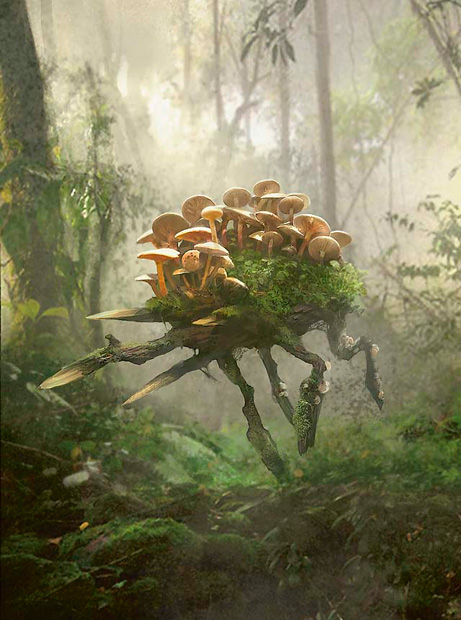 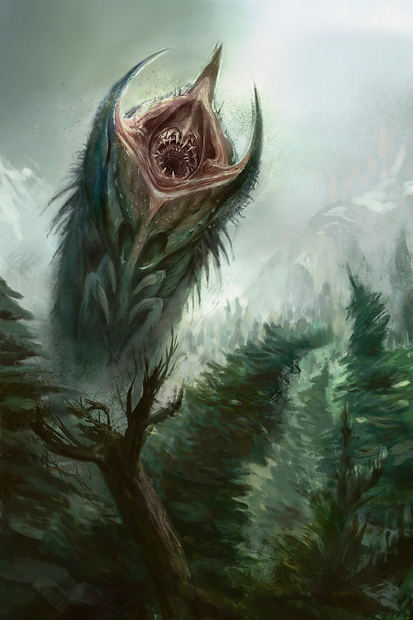 Emblems aren't tokens. But they're a lot like them, in that they show up in booster packs and look neat. Dig it! 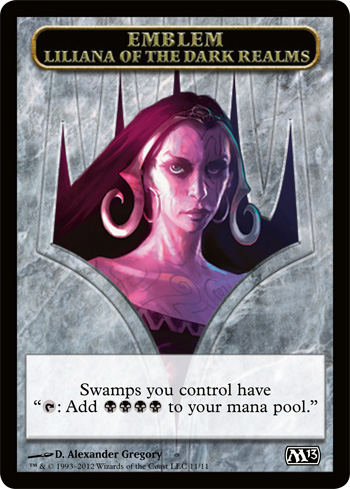 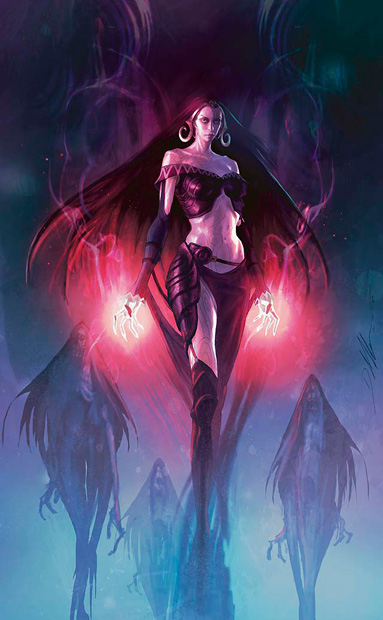