The Building Blocks of Block 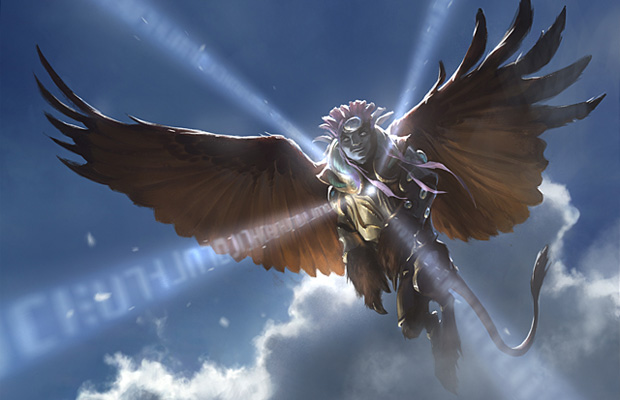 Block Constructed has been widely unexplored in live tournament play, but the best and brightest of Magic Online have been battling the format since its inception. Magic Online results will be carefully examined by players competing in the Pro Tour. Soon, Magic Online ringers will have access to Dragon's Maze and the information produced will establish a metagame for the upcoming Pro Tour.

Sure, Dragon's Maze may not be available on Magic Online just yet, but the results of Daily events and the interactions happening therein will be important building blocks for the most successful deck builders of the upcoming Pro Tour. I hadn't explored the Return to Ravnica Block Constructed format prior to last Sunday, when Lewis Laskin, a deck-building genius who recently qualified for his first Pro Tour, decided to give me a crash course.

I'm getting ahead of myself. Let me set the stage. Last weekend, my wife had some business in the Miami/Fort Lauderdale area of Florida. She and I took the opportunity to spend some time with our friends Lewis Laskin and Megan Brewster. Lew and I were drafting Shadowmoor late Sunday night when we noticed there was a Block Constructed Premier Event about an hour later.

We looked at the most recent daily events in hopes of finding a worthwhile decklist to battle with. Over and over we saw Esper decks dominating tournaments. The Esper deck looked particularly strong, so we figured we'd throw that together. Here's the list for reference:


Lewis looked at the deck. Not particularly satisfied with it, he immediately went to the drawing board. "You know what crushes these Esper decks? An Esper Deck with Rakdos's Return and Dispel." He opened up a five-color Block Constructed deck he had previously saved, cut a few cards, added a few cards, thought for a few seconds, cut another few cards, added some more, laughed for a little while, and asked what I thought of this:


I wasn't sure. It looked like a mess to any sane human being. I asked why he thought it was good and he gave me a ten-minute dissertation describing how control matchups would go and then confidently informed me that he would win die rolls against aggressive decks. I wasn't entirely convinced, but Lew's confidence and realistic explanation of the control matchup was impressive enough for me to be on board.

I watched him play against Esper Control three times in a row and, without fail, the match went exactly as he had previously described in one of his prophesied scenarios. Usually, Lew would play draw-go and use removal and Planeswalkers liberally while hitting land drops reliably thanks to his twenty-seven-land mana base. Eventually, he went for a big Sphinx's Revelation on his opponent's end step with Dispel backup and Rakdos's Return in hand. The opponent would either fight a counter war and get his or her hand wrecked by Rakdos's Return or would use the opportunity to resolve a big Sphinx's Revelation of his or her own and Lew would empty his or her hand with Rakdos's Return. Either way, it resulted in a victory.

Long after I fell asleep, Lew went on to win the Premier Event with ease thanks to his extraordinary metagame call. Even the Red deck he faced off against in the Top 8 couldn't overcome his unstoppably scary endgame.

Upon waking up and seeing that Lew had won the Premier Event, I immediately became enthralled with the Block Constructed format. The "best" decks are established, but the format is still in its infancy to the degree that a wise enough deck builder can make a metagame call like Lew's and dominate a tournament. Let's take a look at the current big contenders in Return to Ravnica Block Constructed:


The Mono-Red deck has been consistently posting strong finishes for the last two months. However, it's important to recognize that this deck is overrepresented in Daily Events because it has a low threshold of card availability. Most players who did a good amount of Return to Ravnica and Gatecrash drafts will have almost all the necessary ingredients sitting in their collection. I don't mean to sell this deck short, though. The Return to Ravnica Block Constructed Red deck is a force to be reckoned with. Block Constructed decks are plagued with weaker mana bases and less consistent/focused strategies than their Standard or Modern counterparts. An aggressive strategy like this one does an excellent job of seizing the opportunity when an opponent stumbles. Once given access to Dragon's Maze, this deck will probably adapt to splash blue for Ral Zarek and Turn & Burn, or splash black for Exava, Rakdos Blood Witch and Spike Jester.


The Esper deck drowns its opponent in card advantage. The deck plays similarly to Lew Laskin's brew that I featured at the beginning of the article. You cast your removal spells, counterspells, and Planeswalkers liberally in the early turns, giving your opponent a number of hurdles that should slow him or her down enough to the point where you completely take over the game with a massive Sphinx's Revelation. This deck approaches the game from a classic strategy angle. The use of inexpensive one-for-ones and expensive/powerful card-draw is a time-tested successful plan for a good deck. This deck executes that mantra beautifully, but cards like Notion Thief threaten to give it some problems. I'm interested to see how the control decks adapt for the Pro Tour. There are a lot of tools to combat Sphinx's Revelation in Dragon's Maze, but many players may assume that others will not play Sphinx's Revelation in fear of that—thereby making the assumption that the anti-Revelation cards are wasted slots. We'll have to wait for Pro Tour Dragon's Maze to see what the latest Revelation decks look like in the coming weeks.


The Return to Ravnica Block Constructed Zoo deck has been popping up every now and again. This version, played by keitattt, looks particularly strong to me. The deck has a terrifyingly aggressive game plan that offers resilience against Supreme Verdict with Boros Charm and the fastest clock available in the format. Red decks are certainly more consistent, and a lot of the free wins you get when an opponent stumbles may go the other way for a stumbling Naya deck. However, this deck still offers the strongest aggressive strategy in Return to Ravnica Block Constructed. I think this strategy will perform well at the Pro Tour thanks to Voice of Resurgence. Players will likely have access to Boros Reckoners of their own in an effort to defeat this deck.


The midrange Naya deck is an establish playmaker in Return to Ravnica Block Constructed. The deck has struggled recently because of a weaker-than-desired Esper Control matchup, but the deck still absolutely crushes creature mirrors. After sideboarding, the deck's control matchup significantly improves. Boros Charm, Skullcrack, Keening Apparition, and Assemble the Legion allow the deck to transform into an aggressive anti-control deck with big spells to close the deal. Still, the deck usually needs to win two out of two games because of how difficult the first game is. I expect decks like this to show up in big numbers at the Pro Tour.


Davidofv is at it again with an innovative strategy for Return to Ravnica Block Constructed. This white-black-red deck has a lot of cards that are extremely difficult for particular decks to deal with. Obzedat, Ghost Council is extremely well-positioned in the current format, causing nightmares for control and aggro players alike. Rakdos's Return is probably one of the best cards in the current format thanks to the strength of Esper. Rakdos Keyrune is actually an incredibly strong tool against the non-mono-red aggressive decks. This deck constantly churns out big spells that will give opponents nightmares. This deck could become more aggressive with Spike Jester and improve the control matchups with Sin Collector. This is definitely a deck to watch for the upcoming Pro Tour.

Return to Ravnica Block Constructed is an exciting format with lots of room for innovation. Learning the lessons of the format is a worthwhile endeavor if you're preparing for the Pro Tour, grinding Magic Online events, or just looking to be a better-informed spectator of Pro Tour Dragon's Maze on May 17–19. Getting involved in Magic Online's Block Constructed scene in the coming weeks will be an excellent way to try your hand against the best players in the world and help shape the upcoming metagame at Pro Tour Dragon's Maze.