A Confluence of Power

confluence of factors make up a successful Constructed deck. Is the deck doing something good? Are the cards powerful or synergistic (or better yet, both)? Does the mana work? The last one is always tricky, especially because of how good mana bases tend to be these days.

The two decks in the finals of Grand Prix Phoenix played seventeen and twenty basic lands, respectively, and neither deck opted to play a second color of any kind. That's the scorched-earth approach, where the only possible way to have color problems is to draw a ton of Mutavaults, and it's one way to have a great mana base. 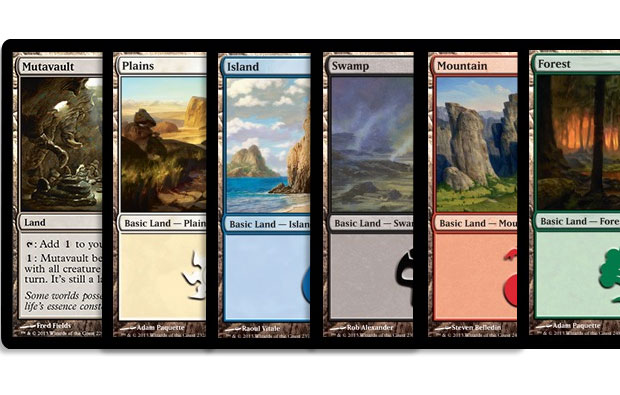 Another is the Esper approach, where you play twelve Temples and six Ravnica dual lands, along with a fair amount of card draw and twenty-seven lands total. You still risk having the wrong colors available, but playing so many lands and getting so many scrys fights that.

What's a deck to do that wants to play multiple colors, has a low enough curve that it wants to play twenty lands, and really doesn't want taplands? Say, a deck like the Dredge deck Ari Lax made Top 16 of Grand Prix Cincinnati with?

In talking to Conley Woods (who has championed this deck for months), he expressed frustration with the lands available. The deck really can't afford to play more than twenty or twenty-one lands because of how low the curve is, especially with all the spells that find you land. The deck also doesn't want very many taplands at all, and to add insult to injury, the black-green Temple was one of the last Temples to see print, leaving the deck with Guildgates as the only non-Overgrown Tomb option.

Luckily for fans of Dredge (and more), Mana Confluence gives us access to all sorts of mana... for a price: 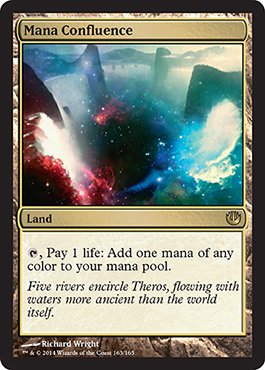 City of Brass is a powerful card that still sees Vintage, Legacy, and even some Modern play, so having access to the effect in Standard is exciting. Plus, some of the combo decks in older formats might well play more than 4 City of Brass (coincidentally enough, Dredge in Vintage could possibly be one of those decks).

As I mentioned before, you don't get a land that taps for any color of mana and enters the battlefield untapped for free, and the 1 life tax that Mana Confluence demands will impact which decks end up being interested in this. Using blue and white as the example, let's look at all the types of lands running around Standard: 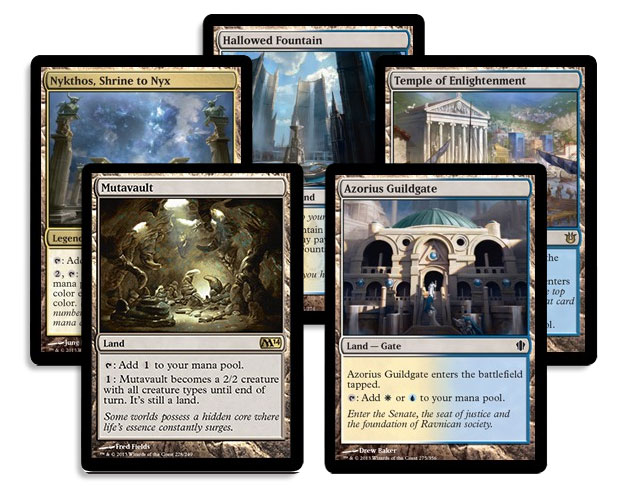 With Journey into Nyx, we do finally have all ten Temples, so each color pair has the same number of options. As you can see, decks that don't mind taplands get to play as many as they want, and that's indeed how most three-color mana bases end up looking. Mono-Black Devotion even plays some number of Temples, and it's often not looking for any of the fixing, but that's more appropriate in a controlling deck with few low drops.

Mutavault puts another restriction on the mana base of most decks, and by "most" I mean "almost every single one." Mutavault is just such an awesome card that the vast majority of decks in Standard are compelled to include it, which does make their mana a little less consistent than it would be otherwise. Even monocolor decks can draw two Mutavaults and be constricted on colored sources, and don't get me started on what happens when Esper draws both its Mutavaults (hint: the answer is not "attack for 4").

What kind of decks are going to use Mana Confluence?

The first part is obvious, but the second bears explaining. A deck like Red-Green Monsters not only gets to play taplands without a ton of harm, but it has a high enough curve that it doesn't need access to double red mana until five mana total, and besides the one green mana early, can cast plenty of spells without the second. On the other hand, UW Devotion is trying to cast white spells and Nightveil Specter, all with 4 Mutavault, so the requirements are much stricter.

2. Decks that want few or no lands that enter the battlefield tapped.

When a deck has enough one-drops and a low enough curve in general, Temples are just too costly, despite all the benefits they offer.

3. Decks that don't care about their life total much.

This generally points to aggressive decks, although there are some combo-like decks running around (Burn and Dredge spring to mind). Aggressive decks don't mind paying life for some power, because if they are getting attacked too much, it usually means their game plan failed to work. That isn't universal, but a control deck certainly can't afford a land that's consistently pinging it (and control decks get to play tapped lands without incident anyways).

4. Decks that want to play a low total land count.

Given these options, it's no surprise that I pointed out Dredge as the prime example. It is aggressive/combo-like, wants green mana on turn one and double black soon thereafter, can't afford too many tapped lands, and wants to play a low land count.

Here's a potential Dredge mana base:

Playing four Confluences might be aggressive, but I think this is the deck that needs them the most.

What other decks fit this bill?

This UW Devotion deck isn't as aggressive as what I've been talking about, but I think it's a decent candidate for one or two Mana Confluences. Godless Shrine often deals 2 damage already, and as I saw in the quarterfinals, Gary lost Game 1 to not being able to cast blue spells off Godless Shrine (it's there as an additional white source that also casts Nightveil Specter). This deck is already stretching it with the four Temples, and it's even possible that Mana Confluence could lead to a mana base like such:

While we are looking at these numbers, it's worth mentioning that the most common number of Mana Confluences to show up in decks is likely between one and two. Some decks will play more, if they really want the effect, but Mana Confluence actually does not stack well. If you draw exactly one, you can use it to fill in the gaps of colors you are missing, then stop paying life in the mid- to late game, but if you draw multiples you take way more damage overall. If two of your four lands are Mana Confluences, you take much more than twice as much damage than if just one was, which means decks like this (that need only a little help fixing) won't be willing to play more than one or two.

A cute interaction here is also that Mana Confluence plus Nightveil Specter is a pretty sweet combo. It isn't enough to play Confluence if you wouldn't want it otherwise, but it's a very relevant bonus.

Another deck that has the right confluence of factors to play the card:

3 Brimaz, King of Oreskos 2 Ajani, Caller of the Pride
75 Cards

As someone who played this deck at Grand Prix Dallas late last year, I can firmly say that playing Swamp and Orzhov Guildgate in a deck with Boros Elite, Soldier of the Pantheon, and Precinct Captain is just painful. I think it was right, given the lands we had available, but this deck would vastly prefer Mana Confluence over any of those other cards. This mana base looks much improved:

This is the same number of black sources, but three fewer lands that enter the battlefield tapped, and more important, no Swamp. I could even see running 7 Plains and another Temple, but Temple of Silence isn't nearly as good here as it is in Esper or Mono-Black. By design, all of White Weenie's cards are very similar, so you aren't upping your power level or card selection much by scrying, unlike Esper digging for Supreme Verdict or Sphinx's Revelation, or Mono-Black looking for Gray Merchant of Asphodel or Pack Rat. 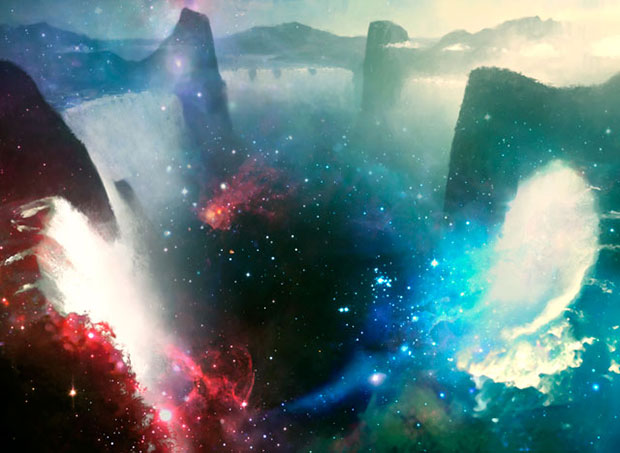 I like when people can cast their spells, and even though Mana Confluence demands a high price, it's a fair one. Getting to play untapped lands that cast all your spells and having the right mix of colored sources in a twenty-land deck isn't trivial, and paying a life every turn is going to be worth it to plenty of decks in Standard. I also like that this offers a powerful counterpoint to Temples, because Temples reward slow decks so much more than fast decks.

I'm excited to see more of Journey into Nyx and am ready to welcome back an old favorite (and very impactful card) in my preview for this column next week!