Everything but the... Well, the Opposite of That (kind of)

ne of the most useful, widely adopted, and versatile three-drop creatures of recent years is persist poster child, Kitchen Finks.

I don't know about you, but I think of Kitchen Finks as a green creature (mostly). It is a creature played in Standard Jund-type decks and various versions of The Rock, and continues to hang out with creatures like Fauna Shaman in larger formats, just doing it's thing.

And that thing is actually things: a little bit of efficient offense (Kitchen Finks is much better than lots of creatures that have seen play at the three, like Gnarled Mass or Silt Crawler); a little bit of combo (Kitchen Finks plus Oran-Rief, the Vastwood can get really oppressive); and a lot of defense: Kitchen Finks is maybe the best anti-offense three drop of all time, soaking up two attacks—and often taking out two threats along the way—all while gaining you 4 life and doing two turns' worth of mana while simultaneously leaving your second cycle's mana open for something else. 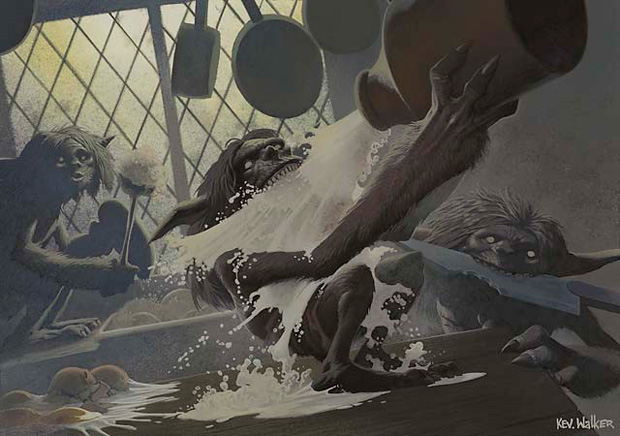 Part of Kitchen Finks's wide adoption must key on how easy it is to play. Sure, there are two colored-mana specifications among its three overall, but you get to pick between green and white, and that has helped Kitchen Finks see play in decks from Green-White Mid-Range to White-Blue Reveillark to full-on five-color Toast-style control decks. It is an icon for defense. But when you are up against a second-turn Bitterblossom, Kitchen Finks is often poised to win the race (barring, at least, having no answer to the turn-four Mistbind Clique).

Kitchen Finks really does do lots of things.

Now, when a new set comes out, lots of us go and look for threads and points of comparison between old and new cards. 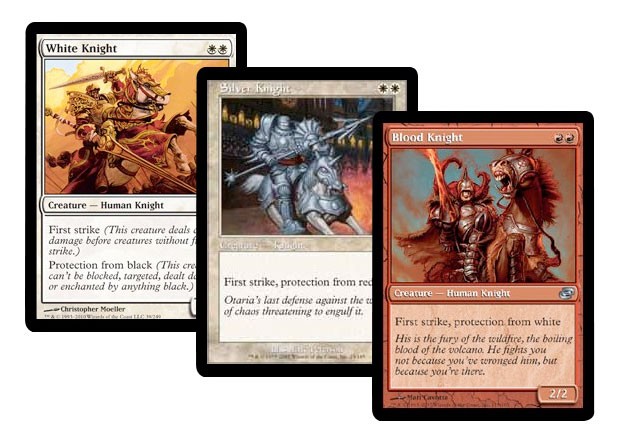 Some of those threads are unambiguous and obvious and make lots of sense to everybody. For example, White Knight to Silver Knight to Blood Knight. Silver Knight is a few degrees off of White Knight in the same color, and Blood Knight is Silver Knight's equal and opposite. They are all more or less the same card with one or two essentially equivalent tweaks between them. You can say the most recent of the three (Blood Knight) is the most special because red doesn't get the quality of efficient two drops that white has an excess of (many of which we talked about last week), but if you didn't know anything about Ironclaw Orcs outperforming Order of the White Shield left and right fifteen years ago (say, as a newer player), you might never key on that "fact."

Anyway, it is really easy to see White Knight to Silver Knight to Blood Knight.

What might be a bit subtler—though still "there" if you ask me—is the card that prompted the first seven or so paragraphs of this article, .

Do you see the thematic and practical connections between this new card and Kitchen Finks?

It's not like Blood Knight and White Knight, though: similar cards that happen to be in "enemy" colors. In Geralf's Messenger—in my reading of the new card, anyway—you have a card that smacks very much of the classic Kitchen Finks, while at the same time actually running perpendicular to it, rather than Blood Knight's unambiguous parallel. 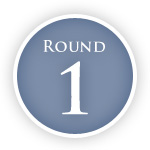 As we said before, Kitchen Finks is a green-white creature with two of its three mana color-committed, but is still ultimately easy to cast.

In the casting cost on Geralf's Messenger—still at three mana—R&D did a great job of evoking not just "opposite of green and white" (black is the enemy of both) but also "opposite of easy."

Very successful casting cost (provided, as I am guessing, R&D's goal was the goal I am positing). 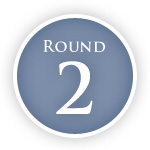 Kitchen Finks is the iconic stop sign. You can play it on turn three on the play, and it often has the option of going offensive or trading up. You can play it on the draw to undo the opponent's first two-drop attack and trade, and then possibly run another undo and trade. Yes, Kitchen Finks can be an offensive creature when the opponent is mana screwed or playing Bitterblossom, when you need a clock (say against combo), or certainly as cleanup man for Five-Color Control (they eventually need to win and this is the guy they have, so...). But by and large, Kitchen Finks has been a defender and raced more by suppressing offense than by creating it.

Geralf's Messenger is the opposite.

How do you take a creature that doubles up and comes back, then take away its potentially marquee position as an A+ defender?

You stick it onto the battlefield tapped. 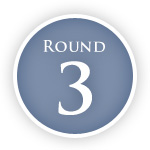 Geralf's Messenger—Enters the game robbing the opponent of 2 life. Will sometimes whack opponent for 4 life.

I think it would be fair to say that Kitchen Finks has a job and plays a role in terms of blocking and life gain. It is a great "anti-Zoo" drop for Extended and Modern decks, and just has lifegain tacked on as a bonus in other spots.

But if we step away and just ask "What is more important; what is better? Gaining a life or making the opponent take a damage?" The answer, in Magic: The Gathering, is unambiguous. For one mana, Lightning Bolt is overpowered (or at least very good) and Healing Salve is underpowered. Heck, if you take a point away from Lightning Bolt to leave it a Shock, Shock is still very playable and Healing Salve (on the "right side" of a 2:3 comparison) is way weak.

Geralf's Messenger doesn't deal damage. Geralf's Messenger is a full-on death dealer. Life loss is even better than dealing damage! Geralf's Messenger can pierce a Worship. Even if its body can't break a Story Circle, its enter-the-battlefield effect will. It might seem a little odd at first blush. We don't have a huge volume of playable creatures with an ability like this, whereas there are lots of great cards we can compare Kitchen Finks to (compares favorably to Ravenous Baloth, Obstinate Baloth, Loxodon Hierarch, and is more predictive of winning—due to speed—than hitting Baneslayer Angel in many matchups). But if you just look at the merits of a Magic ability on basis of relative power versus mana cost, this one is Advantage: Geralf's Messenger (not that we're playing an either-or so much as a structuralist comparison in this article).

So not only did R&D do the superficial thing on this opposite (lose 2 life versus gain 2 life), they accomplished the much harder task of making something look worse (or at least uncomfortable or weird) while actually attaching a more powerful ability for its mana. 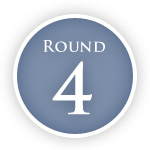 So obviously-the-same while opposite-in-terms-of-counter-type here... No one who has ever heard of persist can fail to see how similar an ability undying is.

And no one who can do math will miss that—barring Ajani Goldmane or Oran-Rief—undying seems like a more powerful ability than persist (all other things held equal). Kitchen Finks gets smaller (but 2/1 is still big enough to tussle with most playable beatdown creatures), whereas Geralf's Messenger gets bigger (up to 4/3, a low enough toughness that it will die in a tussle with creatures of a similar cost). Again, we see a spider web of interrelated-but-hard-to-pin-down similarities, parallels, and points of comparison.

Undying is probably "better" when taken apples-to-apples versus persist, but you lose the obvious combos that have been mentioned more than once. Still, this is another example of an unequal-and-opposite between the iconic and the newcomer: Both come back after an initial brawl—the old ones comes back smaller; the new one, bigger (but still tapped and doing the opposite thing in terms of life).

Most obvious comparison of the bunch, this one. 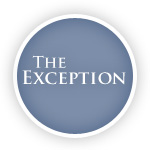 The Exception That Proves the Rule (or whatever):

The only thing I can think of here is that they aren't going to heavy-handedly go back and make Kitchen Finks retroactively 2/3. Just not gonna do that. That said, the 3/2 power and toughness is an anchor that hits you over the head to say "Look, look, here is a 'same'... now go out and see all the clever differences we did around this axis!" (Which is probably the only reason I figured it out, myself.)

None of that is all that immediately useful, though.

To the best of my knowledge, we aren't going to get Kitchen Finks back for Standard, and it's probably not going to cease being playable in Extended and Modern. But what this comparison does do is set up a situation where we can see a new card that compares favorably to an iconic favorite in many ways, maybe giving us an impetus to try it.

The casting cost is awfully oppressive. So one thing is to figure out what else would need to be in place for us to take that road.

There are lots of potentially powerful—but super black-mana intensive—cards that have not been getting as much attention in Constructed as maybe they should. You know which ones I am talking about. The über-powerful (but heretofore next-to-completely-not-played) Phyrexian Obliterator. The parallel threat (played only in tricky situations to assist poisoning) Lashwrithe. At the two, we have specialized kill like Sorin's Thirst and generalized kill like Victim of Night that are better in many common situations than the more frequently selected Doom Blade and Go for the Throat—but see not nearly as much play as they could because of their perceived-to-be prohibitive costs.

You can even chalk up Dismember—once the It Girl movie star of color pie-pulverizing and a bane to any and all Deceiver Exarchs—in the "underplayed" category now. In a Swamps-heavy deck, Dismember could do its original thing—and come off with no down side at all, given sufficient time and mana—maybe prompting a comeback for the removal specialist that once enjoyed Preordain and Jace, the Mind Sculptor levels of popularity. 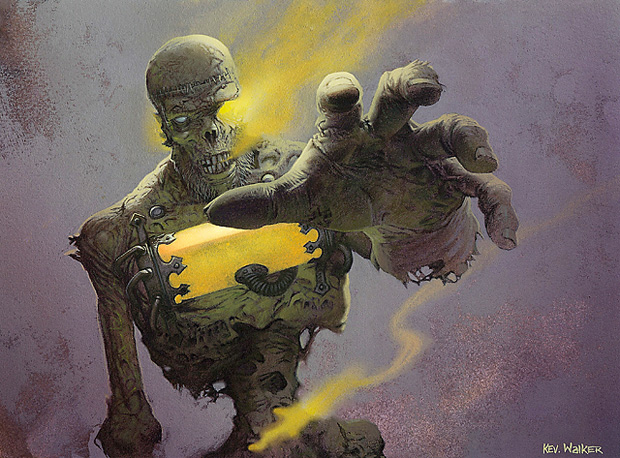 As such, Geralf's Messenger draws its last parallel and perpendicular to the iconic Kitchen Finks.

Kitchen Finks did its little jobs—desirable and versatile all—so well, it could be played in all kinds of decks that people were going to play anyway.

Perhaps Geralf's Messenger can do its things well enough that it prompts players to play the deck that so many have been wanting to play by giving it that last essential tool to tip the scales in favor of Mono-Black (non-Infect!) viability.