The First Look at Our New Masters

Some stuff stayed the same, some not-that-old stuff dusted off the cobwebs, some players continued to excel with both old and new decks, and, as predicted, there is an all-new power casting a long and combo-tacular shadow across the state of Standard.

The event was won by Star City Games mainstay Edgar Flores with—surprise, surprise—White-Blue Caw-Blade. While some other notable players slid back into DarkBlade mode, splashing black to handle the anticipated Exarch Twin and / or Pyromancer Ascension combo decks, Flores stayed straight and true to his two-color build. 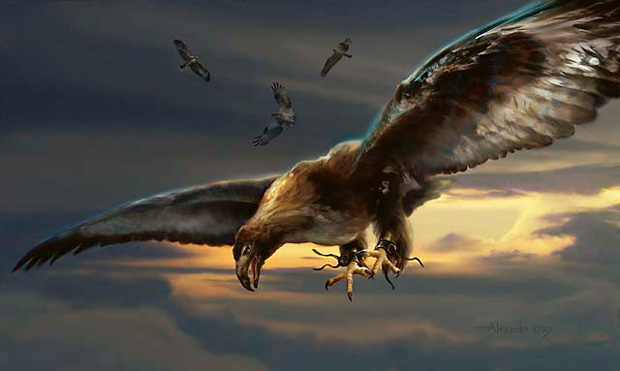 4 Jace, the Mind Sculptor 4 Leyline of Sanctity 2 Day of Judgment

Edgar is so straight white-blue he didn't even dip into Phyrexian black mana for Dismember, as some players have started doing, regardless of their "true" deck colors.

Batterskull and Sword of War and Peace are obvious additions to Standard Stoneforge Mystic decks. One is a supplemental Sword—not Sword of Feast and Famine, but with much more game impact than Sword of Body and Mind usually has—and the other makes for a fine replacement for the sometimes (and originally played) Sylvok Lifestaff. Another thing to keep in mind is that Sword of War and Peace—for the first time—gives a Caw-Blade player the chance to run roughshod over another Caw-Blade player, even if the latter has access to Squadron Hawks. Previously you could hide behind a succession of Squadron Hawks while setting up your own board / Sword position, but depending on which Sword the opponent has gone for, this may no longer be a defensive option.

Edgar plays Caw-Blade a bit differently than most players. You will note that he only has two copies of Day of Judgment (both in the sideboard), and does not play Gideon Jura at all. Instead, Flores plays tons of super fast one- and two-mana plays (Condemn, Spell Pierce, Oust) and a slightly lighter land count relative to most other Caw-Blade players (26 this week, up from 25).

Into the Roil is another card that not all Caw-Blade players run, but given the diverse new threats that the New Phyrexia reality is presenting us with, Into the Roil seems like a fine choice. Of course you can live the dream against a Precursor Golem (bounce all their Golems and draw three cards), but it is also a wide enough defensive card that it can be applied to Deceiver Exarch (four toughness) or even Spellskite (same).

Why you might want to hit one of those, we will address in a moment.

Despite Edgar's win, most of the top-performing Caw-Blade decks were all playing DarkBlade (that is black-splashing) variants. These decks retain the core of Caw-Blade (Stoneforge Mystic in a White-Blue Control shell), but add cheap black discard to shift more towards proactive disruption rather than flexible control.

Like Edgar Flores and his white-blue version, these DarkBlade decks played both Batterskull and Sword of War and Peace as main-deck Equipment additions. That is where they are the same as Caw-Blade. Where they are different, they are very different.

Where Flores played a semi-traditional package of "just" the eight two-drops, Holland and Bertoncini added Emeria Angel. Emeria Angel, of course, can produce one Squadron Hawk-equivalent per turn (or even more, with Marsh Flats).

Instead of four Mana Leaks and four Spell Pierces and three copies of Into the Roil as a final "Get Out of Jail Free" card, the DarkBlade decks played a mere two permission spells and one Into the Roil. Instead, they supplemented instants with Go for the Throat, which is often much better than Into the Roil (but not when you are fighting a Precursor Golem and have four mana untapped).

The real incentive to play DarkBlade, beyond getting to upgrade your Jace-fighting creature-land to Creeping Tar Pit, is the black discard. In addition to four copies of Inquisition of Kozilek—the leader of cards of this type in Standard, as it can grab anything from a Goblin Guide to a Deceiver Exarch—Kitt and Alex added Despise. This new discard spell can take out any planeswalker where Inquisition of Kozilek can nab Jace Beleren only, and both can nab Deceiver Exarch.

And that is really why many good players shifted to black: The approach of the Deceiver Exarch combo decks (see more below). Their sideboards reinforced the disruption, adding Duress to the discard, as well as Spellskite as a proactive, preemptive answer to Splinter Twin. As a two-drop 0/4, Spellskite can block early while you set up your Swords, or even carry one (it might be built like a Wall, but Spellskite can still attack).

Extra Batterskulls out of the sideboard can help dominate beatdown decks.

3 Go for the Throat 3 Despise 2 Flashfreeze

Korey McDuffie played a similar DarkBlade deck, but without the Emeria Angels, and with no Mana Leaks at all! Instead he erred on the side of creature removal, with Day of Judgment in the main, and one more New Phyrexia hit: Dismember. 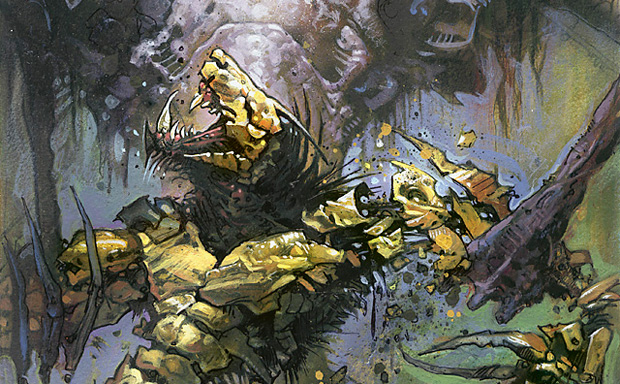 Dismember is a great way to showcase Phyrexian mana. Yes, the DarkBlade deck can tap for black... but the flexibility of this spell in particular is that you can have only white- and blue-producing lands in play... and still cast Dismember! For

While the specific capabilities of these decks is a bit different (more or less permission, more or less removal, discard or no), from an offensive standpoint, it is important to realize that all four of them can slam down a second-turn Stoneforge Mysticl, and / or sit behind Jace, the Mind Sculptor.

Cast Deceiver Exarch (usually at the end of the opponent's turn); untap and cast Splinter Twin on it.

Because Deceiver Exarch and Splinter Twin are only two cards, and one of them is Blue, the combo can be grafted into a number of different decks, cheaply (Tim Landale didn't even play the full four Splinter Twins in his RUG).

Deceiver Exarch is obvious in its inclusion... and in the long run, Spellskite might have the same caption. Spellskite buys a deck like this the time necessary to set up the two-card combination, and can defend Deceiver Exarch from removal. In addition, in a mirror match, Spellskite can "steal" someone else's Splinter Twin to disrupt the combo.

So this deck still gets turn-two Lotus Cobra. It still gets to screw around with Oracle of Mul Daya and go very large with Inferno Titan. 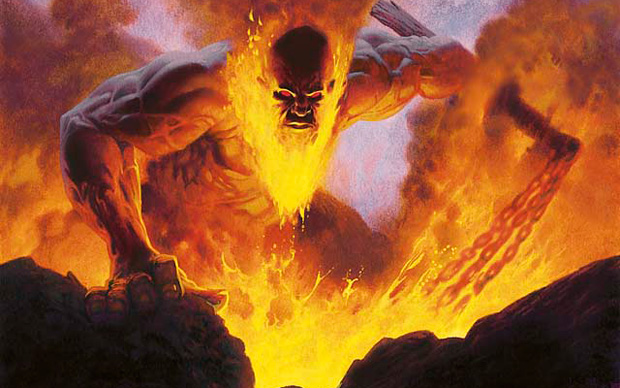 Basically, the added functionality—in exchange for a few Lightning Bolts and Explores—is that Landale's deck can win on turn four. 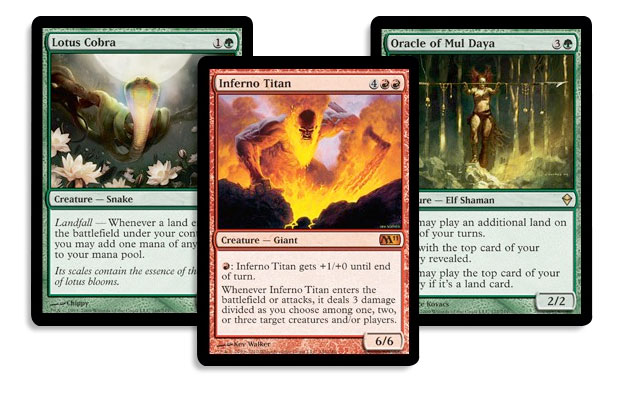 Neither of these angles on Exarch Twin is probably even optimal.

We have this powerful new tool, and it's not at all clear (yet) what the best way to abuse it is. Grixis? Blue-Red-Green? Maybe a red-white-blue version grafted onto a shell of Stoneforge Mystic and Sword of Feast and Famine! (A man can dream.)

Rounding out this Top 8 were a couple of well-known pre-existing decks, Vampires and Valakut.

Seeing how Vampires is... Vampires, I decided to focus on tech for this one. 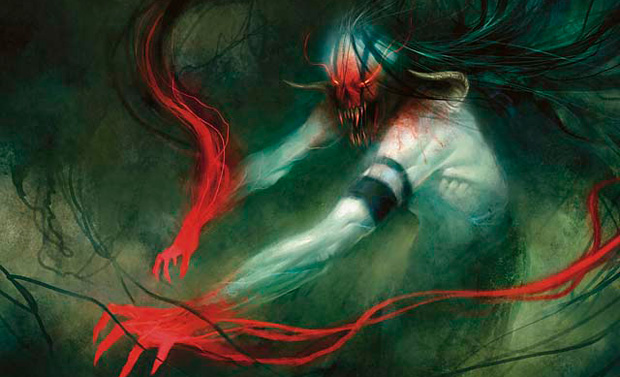 What did Qadir do to make Vampires suddenly good again, or at least playable? 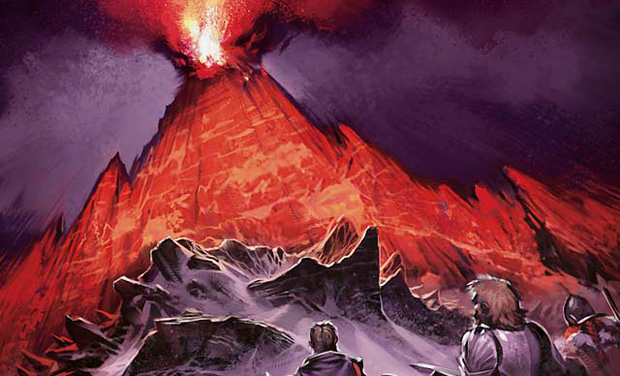 Valakut, the Molten Pinnacle itself is maybe the most overpowered, undercosted cardboard in Standard (I mean look at the card's Extended performance). But most players have somehow (maybe willfully) forgotten Valakut's former scary-monster position in a rising firestorm of Jace-ire (that maybe really should just be Caw-Blade-appreciation).

So how does this deck, once a proto-boogeyman, now largely ignored due to the rise of Sword of Feast and Famine, struggle once again into a position of relevance?

The answer seems to be Nature's Claim.

Mana-ramp-into-Valakut (or Primeval Titan, which itself propels into Valakut) is still one of the fastest, most powerful, things you van do in Standard. It is just that the increasingly low curve of white-blue, with its second-turn Stoneforge Mystics and Spell Pierce backup, has positioned itself as such a flawless foil.

So what does Nature's Claim do?

This instant is like Valakut's Spell Pierce. Conditional... but quick (and backbreaking when it hits). For all its strength and speed, Caw-Blade still needs to devote maybe four mana on its own turn for an optimal Feast and Famine run. Nature's Claim can disrupt and destroy the card that made the deck and reduce the best strategy to a tapped-out 1/1 swing. Wow. 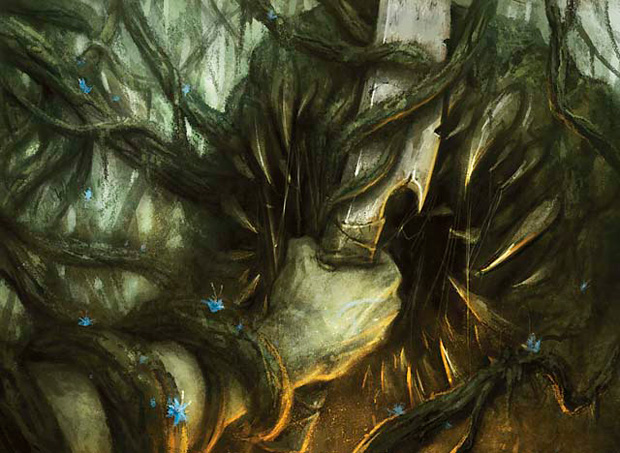 How about Exarch Twin? Nature's Claim is very much the Valakut answer to Inquisition of Kozilek here. For one mana, elbowing its way main deck, it's very good at disrupting the pretty new combo (kill your Splinter Twin).

Last gasp at relevance? Maybe an overstatement, but consider the mission accomplished, and the door is wide open. Many top players hate running reactive stuff like Nature's Claim main, but in Miguel's case, it seems like a good mite of pre-sideboarding, helping to facilitate the Valakut comeback.

So there you have it, our first look.

Despite the mighty Edgar's win (probably player much more than deck, here) my guess is that the mono-dominance of Caw-Blade will soon give way to increasingly awesome Twin decks, Grixis and RUG being just the beginning. So that's where we'll leave it...