ro Tour Avacyn Restored and its Innistrad Block Constructed format did what they were supposed to do. No one can say that we as readers and viewers, fans of the game, weren't given a rare treat, even for the Pro Tour. Some of the greatest in the game returned to the top tables on Day Three, we got to check out a variety of new and different decks...

... and the draw step was made more exciting than ever!

As such, the mandate of the Pro Tour (and excitement surrounding this fine last set of this fine block) were all fulfilled. Miracles happen... and they can happen in the finals of the Pro Tour, even (not to mention the deciding Game 5 of the quarterfinals)! 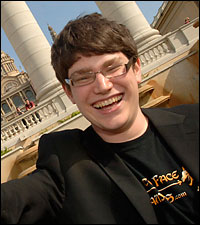 "Insane" Hayne ran quite the crazy deck, didn't he?

Alex played a deck that was basically Tamiyo, the Moon Sage; tons of lands... and miracles. He had a superb chance of topdecking a miracle as his first card many and most turns, just on account of playing sixteen of them.

Some of the cards are obviously useful, like Terminus. It can clear any number of oncoming beaters as a late game six... or it can miracle away an annoying (and usually undying) Strangleroot Geist on the second turn.

Instant-speed card drawing is fantastically high value in Hayne's deck. With so many miracles, his Thought Scours were more than "just cheap" and his Think Twices were more than just an obvious route to card advantage. These inexpensive spells gave Alex the chance to score miracles on the other player's turn. And when he missed? Hey, nothing has kept these spells from being playable cards regardless (can there be a more insane end game than Moon Sage + Thought Scour?).

Entreat the Angels! Hayne took down the Pro Tour with a dramatic set of Angels... 20 power, all in the air, that hadn't been there a moment ago. At its worst, Entreat the Angels is kind of an Air Elemental/Broodmate Dragon split card. And at its best? It can really turn the game on its end.

The card that differentiated Hayne's deck isn't actually a miracle at all. Alexander's Team ManaDeprived.com teammates have called it the best card in the deck... and it certainly is a different card that most teams would never have stumbled upon: Feeling of Dread.

"Feeling of Dread is like a Time Walk with flashback."
—Alexander Hayne

So the deck can get lucky and exploit that luck, especially going very long. It can smash you for 20 in the air or take all the turns (even consecutively). But what about early? Rush decks—and we have spent the past few weeks talking about the various fast attack decks—can give control decks trouble in Innistrad Block. 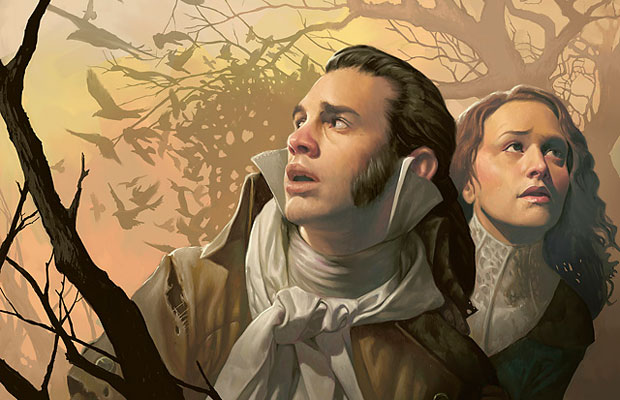 Feeling of Dread steals these decks' value in the early game, buying time so Hayne's white-blue control can live long enough to "take all the turns," one of which includes having a critical number of 4/4 flyers on the battlefield. So that is how a non-miracle, seemingly unplayable draft common could be the difference that makes the difference and define an otherwise super-powerful miracle deck.

To see the big winner talk about his deck himself, check out this video!

So on the other side of the aisle... basically men, Men, everywhere MEN. 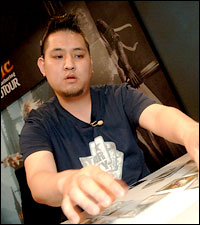 We can start with Joshua Cho's Naya deck, which, but for a couple of copies of Bonfire of the Damned, was permanents-tacular.

The Naya strategy principally utilizes acceleration from green (Avacyn's Pilgrim and Scorned Villager) to jump to the high-quality four-drops across green, red, and white (everything from Huntmaster of the Fells to Garruk Relentless to Restoration Angel + its many tricks).

The quality of drops in Naya is obviously strong, with many cards including natural card advantage: Borderland Ranger can help fix your mana while drawing cards (notably you can cast a Borderland Ranger off a Cavern of Souls without being able to play, say, Garruk Relentless for want of a Forest); Huntmaster of the Fells does two different things when it hits the battlefield (and even more when left to its own devices); and Fiend Hunter (in Cho's build) makes for a removal tool that can actually tangle with large creatures, like Wolfir Silverheart.

All the Naya decks that made Top 8 played four copies of what many are calling the best card in Avacyn Restored. Wolfir Silverheart can smash down an additional 12 power... and there isn't a whole heck of a lot most decks can do about it. Tap it with Feeling of Dread, maybe (if you are an innovative, tool-finding, genius)... but Pillar of Flame can remove it only at great cost, and both Bonfire of the Damned and Brimstone Volley need a little something-something (even if that is just the right set of dominoes falling) to finish the job.


I started with Cho's deck because that video so conveniently fits in (and surely he has many fun things to say about Restoration Angel trickery and the fight to the four), but two other Naya decks made Top 8 as well! 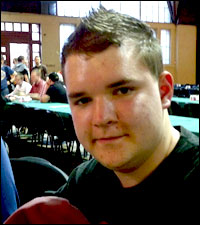 Holzinger, like Cho, played Gavony Township; interestingly, his build did not go with the color-fixing Cavern of Souls.

The efficient Wolfir Avenger made his main deck, along with a smattering of spells—the maximum number of Pillar of Flame (for Strangleroot strangling and Pilgrim punishing), plus Bonfire (of course) and main-deck Brimstone Volleys. 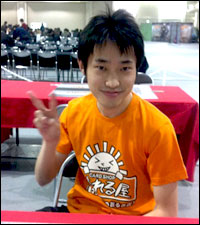 Ka-pow! On four, both Holzinger and Shimizu ran a single Smite the Monstrous as an instant-speed answer to a certain Silverheart. 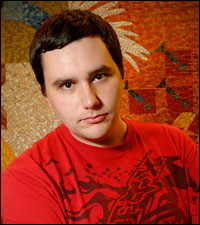 Chopping down a color from the Naya team was Denniz Rachid and his green-white deck.

Going straight green-white allowed Denniz to increase the number of Gavony Townships he could use while still playing four copies of turn-one fixing Cavern of Souls. While certain of the green-white deck's options look a bit restrictive (Druid's Familiar over Huntmaster of the Fells, Divine Deflection over Bonfire of the Damned), you can't argue with the explosiveness of Champion of the Parish when backed up immediately by Gather the Townsfolk; Thalia, Guardian of Thraben; or even Mayor of Avabruck.

And when Silverblade Paladin comes down to soulbond on turn three?

... there's a reason they call that one-drop a Champion. 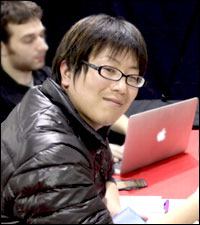 Bouncing from the littlest beatdown to probably the biggest in the Top 8, we have Ken Yukuhiro's four-color Reanimator.

Of all the decks that performed, this one seems the "coolest" to me, with multiple awesome and exciting lines of play. Consider...

Plus... Ken had Blasphemous Act as a legit Wrath of God reset out of the board. Truly a multi-dimensional (and did I mention super-cool?) way to go! 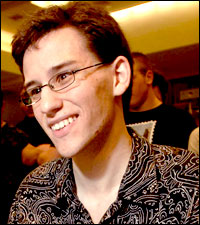 Look back on the Naya decks various in the previous sections.

What colors was the ManaDeprived.com Hallelujah deck? Separately, what did we call that deck's defining "difference that made the difference?"

Yes, yes, the green-white, for all its merits, lacked a bit in the point-removal department... Fiend Hunters, sure, but Wolfir Silverhearts in the sideboard only to keep pace. 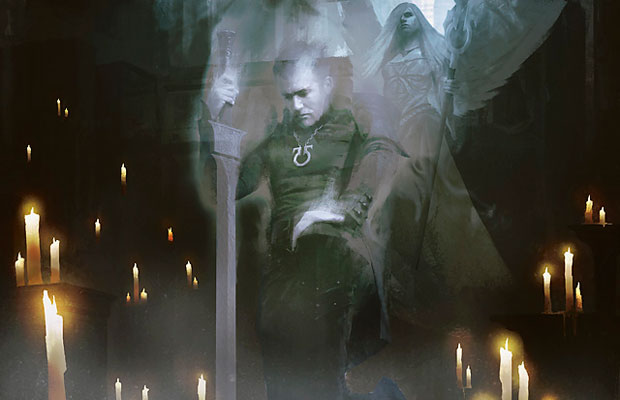 What is great about the SCGBlack deck? This awareness of not just the power of Wolfir Silverheart, but the conceptual bet that few were going to be able to deal with it. At least, not on time.

Sure, other squads figured out the Silverheart, some even played four despite the late curve eruption on five (most of the other green decks in this Top 8, but not all, and certainly not across the board in the rest of the meta). But what did Black do differently?

... but when Wolfir Silverheart shows up the following turn?

You basically need a miracle.

Sam Black probably did a much better job talking about his latest innovation than I just did; you can find the Geists deck tech below.


Well, that wraps up ye olde Pro Tour Avacyn Restored from a Top 8 perspective. Surely this Block Constructed highlights the long-held Mark Rosewater belief that limitation breeds creativity; for even more creative (but successful!) builds, check out the list of folks who put up 18 points or better here.

Firestarter: How do you plan to contain a Wolfir Silverheart for the next year?