his week is 20th Anniversary Week, a chance to look back and celebrate the past two decades of Magic. From everything that was going to destroy the game to the triumphant return of the writers of yesteryear , this week is full of surprises and history within twenty years of gaming.

It's a shame Commander has only been around for half of that, more or less.

If you're reading this column, the odds are good you probably play Commander, or are at least interested in playing. Since the goal is to share the thoughts and stories of the community each week, it took some time to find a way to blend both history and social commentary. Once I saw it, though, it was clear. Commander, just like Legacy and Vintage, can pull from cards across all of Magic. By gathering your votes, and thoughts, around the greatest Commander cards of all time, we'd hit both nails on the head.

So it you're ready for a walk through the best cards, as determined by your peers, keep going.

We'll go through the top-voted cards, and we'll go in descending order—that is, we're starting with the most popular and going down from there. The first should be no surprise.

Sol Ring was included in every version of 2011's Magic: The Gathering Commander decks. It was also among the elite cards first printed for the game, and the first to be restricted or banned. Why?

Getting two mana just by spending one is a great deal. Getting it turn after turn is just gravy. It's no wonder it's in just about every deck you can imagine.

was also a part of every deck in the first Magic: The Gathering Commander run. However, it's also a card that cannot be used in any other format. As it turns out, designing the perfect mana-fixing land makes it a card everyone loves to use.

If things like the new Slivers in Magic 2014 interest you, will be the place you'll start when building a five-color deck.

The Top is something that's both loved and hated. The ability to draw a card while saving itself from destruction, repeatedly massage the next card you draw, and come down early enough to make a big difference is a powerful triumvirate.

As good as Sensei's Divining Top is for decks, it's also terrible for multiplayer. Slowing the game down to check and change the top cards of a library can be frustrating. With great power comes great responsibility. 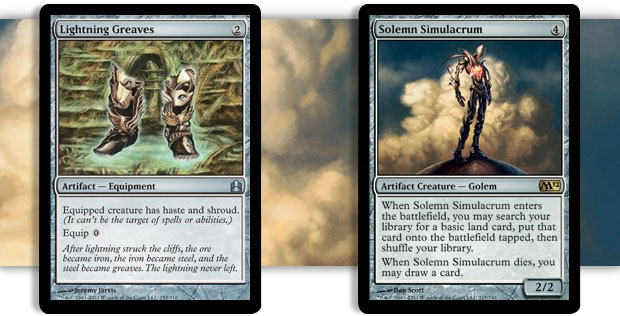 There was a tie at 4th between two cards from Mirrodin, and they both do very different things.

Lightning Greaves is the Equipment you hate to see an opponent using but still love to put into decks anyway.

If Lightning Greaves is the all-around utility Equipment for getting offensive, what is Solemn Simulacrum doing in everyone's decks?

Searching up a basic land you need, then drawing a card when it dies, is as smooth as smoothing gets. While it's unimpressive as a creature for attacking and blocking, you're rarely disappointed to see it. 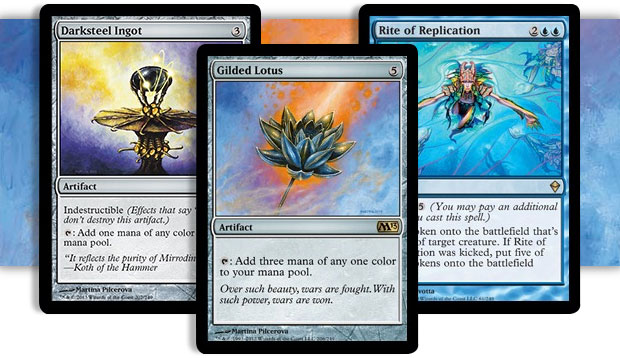 As we descend the list it quickly becomes clear that there are so many cards we love for Commander that any list of top cards is going to be forced. Ultimately, the overlap across our Top 5 choices will get smaller and smaller as we list them out. Sol Ring and Command Tower are exceptions, not the rule.

So what do these three cards do for decks?

Like Sol Ring and Solemn Simulacrum, getting extra mana in the color(s) you want is a boon for most Commander decks. Using that extra mana to make five copies of a creature is an obvious way to power further ahead. It's also wicked good fun.

Remember how I said our picks get more divergent as we continue? Commander is so varied, with experiences and desired so disparate, that it's impossible to find a deep consensus on the top cards. Thirteen tied things up from 9th down through the 21st card. 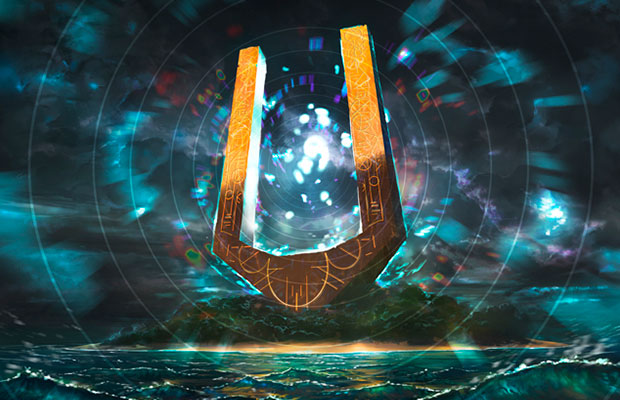 And that's a very good thing.

Some of you expressed concern that Command Tower focuses on "the best" cards in terms of absolutes, that there concrete and optimal cards that can be ranked in the "correct" order. The fact is, however, that the best cards are always those you enjoy the most. The "greatest cards in Magic's history for Commander" are those you want to throw into a deck every single time. Sometimes, it's also a generally power or broken card—see Sol Ring, et al.—but just as often it's basic utility—, Darksteel Ingot—or an over-the-top spell—Rite of Replication.

The next thirteen cards are presented in alphabetical order (it's how it sorted when I tallied your cards) but each offers something unique, bold, powerful, useful, or just plain fun.

Austere Command (The entire Command cycle from Lorwyn was mentioned too.) 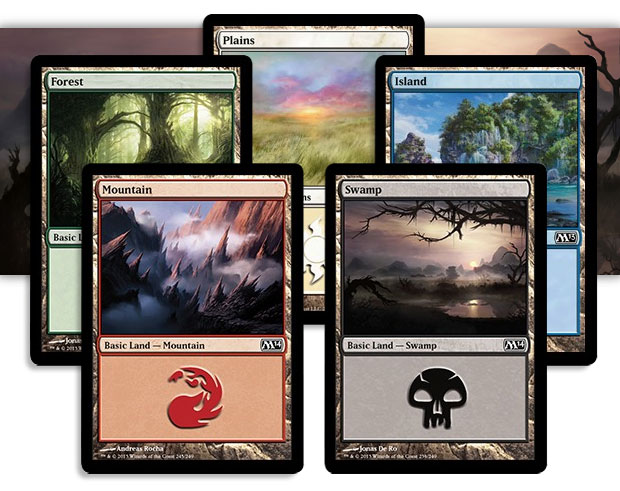 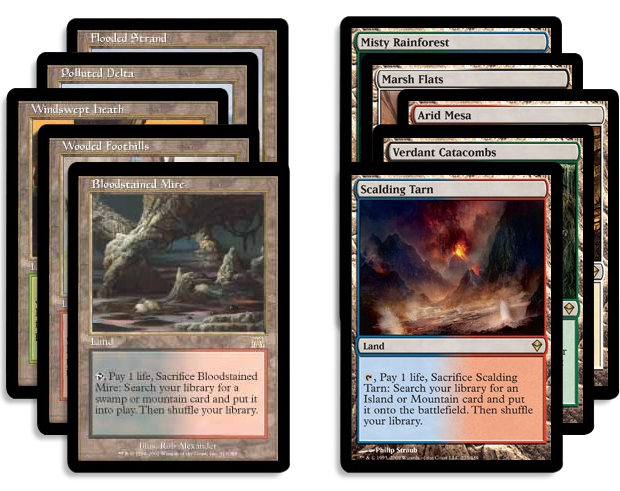 The Voices Have Spoken

From Limited Edition Alpha though Magic 2014 , twenty years of Magic is wrapped up in that list. In an interesting tidbit, ninety-nine different cards and cycles were suggested. Compare that to a list you'd generate for Vintage or Legacy, the other deep-card-pool formats in the game, and it's staggeringly large for a "best of" breakdown.

Ninety-nine is also a nice, poetic number for a Commander column. You're accidentally more clever than I would have been alone.

Next week, we'll look over how you make a monocolored Commander deck work well. It's an interesting challenge, but given the pile of responses you sent in I'm confident it's a guide you'll want to keep handy. This week's prompt is a follow-up on the excitement over the suite of Ravnican guild Commander decklists we looked at a few weeks ago. What is the Commander deck you've played the most, and why?

Just a reminder that it's important for your decklist to be formatted like so:

That's single spaced, with the number of the card in the deck leading each line and without any subsections, header, or words that aren't card names. If you have your deck on Magic Online you can easily export it in the right formatting.

With a little extra room to explain your deck, I'm anticipating some clever and fun choices to get the limelight they deserve. See you next week!