ommander is a daunting format to enter. 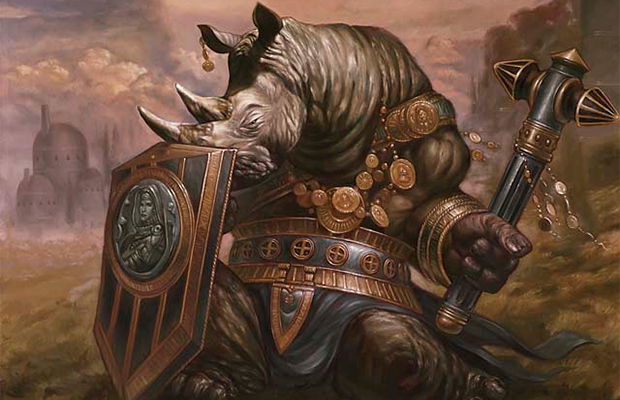 Between the number of cards to consider and encounter, the dynamics of multiplayer and in-game politics, and the time needed to build a deck of 100 cards, the leap from Limited or Standard to Commander is huge. While staple lands and considering using just one color can help ease the transition, there's no magic bullet for simplifying everything.

Fortunately, because Commander is a multiplayer experience that is shared by play groups, the best folks to share tips about the format are those same players you're already playing with. What you've found helpful in your time playing Commander will likely be something a similarly situated player will enjoy, too. While it's impossible to link together each individual group to share ideas with each other, it is possible to pull some of the more helpful things about Commander that you've shared with me.

Be prepared: You might need a few tissues for these stories.

I came back into Magic in 2009 after a long hiatus, and my collection was severely lacking. I cracked a foil full-art Zendikar land in a pack at a local game store, and a nice fellow named Toby wanted to trade for it. When the trade was almost complete, I mentioned that the cards would fit well in my first Commander deck. He stopped, grinned ear to ear, and said, "Commander? Take some more cards!" I sifted through his rare box for card after card after card—mostly bulk rares from older sets—and he kept encouraging me to take more.

"Always happy to support a new Commander player!" he exclaimed, and suggested even more cards from his box that would help my first deck. The next day, through conversations with friends, I discovered that the generous fellow was Toby Elliott, Level 5 Judge. Four years later, this interaction still characterizes Commander for me—experienced players, active in their communities, supportive and generous. (By the way, those cards still see play in my decks!)

Morgan's story is similar to several others I received, but the point is always the same: Growing your local group of Commander players works best when a little generosity is involved. While the upcoming release of Magic: The Gathering Commander (2013 Edition) will provide a straightforward way to get a deck all in one shot, most players want to build their own with a Commander of their own choosing. Helping players get the cards they want is an incredible gesture of support.

But there's a real danger to be avoided here as well.

There are two pieces of advice I have learned from Commander and they involve deck construction. The first is that your Commander deck is your Commander deck. Even if people insist that a certain card is better than the one you're running, or that this card you're running is useless and you should replace it, or insist that this card is a must for your deck, your deck is your own and you have the final say in the matter as to what you want to run in your deck.

The second piece of advice is in terms of the cards themselves. When I first started playing Commander, there was a whole bunch of cards I wanted to put in that would make my deck do crazy combos and wacky plays. However, the fundamental question I learned was, "Sure, you can put all those cards into your deck. What will you take out?" I learned that putting cards into the deck is easy, it is what you will take out as replacement for the cards is the hardest choice to make sometimes if your deck is already very efficient and fun to play with.

Helping players create their own decks is often confused with creating the deck for them. Commander is a format built for wacky exploration and wild choices. Players looking to expand their options might ask for ideas or tips, but rare is the one who wants someone else to handle all the details. Each player doesn't just have the right to choose whatever cards he or she wants but also the duty to respect others' choices of cards. 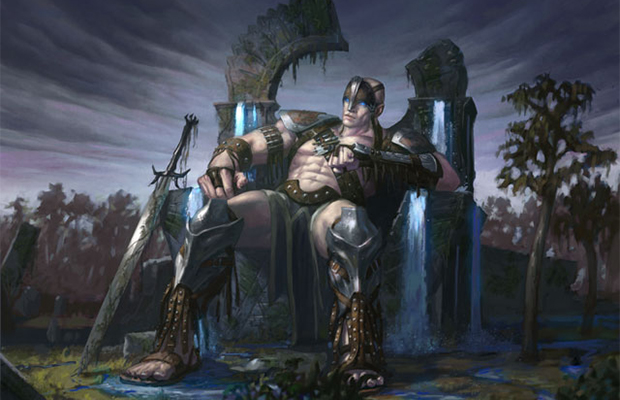 Many online articles about Magic focus on identifying correct and incorrect decisions about cards and decks. While it makes sense to dive into the good and bad of a set in Limited Information, Commander isn't meant for that angle. It's not about whether specific cards are, in fact, better at certain things (they are) but that Commander isn't a format predicated on absolute victory.

Commander is about the individual players' experiences, which means using cards you or anyone else wants generally outweighs any argument about how correct it is to use a card or not. While this can lead to other problems, such as decks that are shaped and built to break the game, the idea of the Social Contract is meant to challenge us to choose cards that don't break the game experience for others. Applying that principle to the experience of building a deck is a no-brainer.

The Social Contract isn't the only way to help you avoid busted battlefields.

The "one weird tip" that's most improved my Commander experience is that games are more fun without tutors.

I suspect this tip came from a past Serious Fun article, back when it was written by some guy named Styborski...

One friend has a Zur the Enchanter deck, banned now because we could never beat it and every game would go the same way. We developed a learned response that Zur = No Fun (for anyone but our friend). The ultimate cause for this is Zur's built-in tutor effect. Why ever go for anything but the absolute best?

I'm not opposed to any and all tutoring. I run all kinds, from Fauna Shaman to Fabricate. I was all over Ring of Three Wishes from Magic 2014! But I want to look at these cards as ways to make games more interesting, not less. Use them as tools to get specific answers during the current game, so that they don't turn my deck into a one-trick pony. If I play my Increasing Ambition, then yeah, I'm probably going for Cabal Coffers, but when I flash it back I don't want the whole table to groan and say "here we go again."

John's point is clear: A format built to be wacky and random loses its fun when you make every effort to take the wacky and random out of it. This idea is a gray area, like everything else related to the Social Contract, in that what, exactly, constitutes a tutor that makes the game less appealing for others? Every player is going to have a different answer, and I'd wager the answers would change depending upon the context.

For me, it's all about whether the effects lead to locking the other players out of the game. If my tutors are so thick my two-card combos are redundant against most removal for them, I believe I have too many tutors in the deck. I think tutors that add mana to the battlefield are better than tutors that grab specific engine cards (the difference between Burnished Hart and Ring of Three Wishes). A Goblin tribal Commander deck might be better suited without Goblin Recruiter and Gamble, and a white-blue deck might forego Enlightened Tutor and Idyllic Tutor. Adding extra card draw through Howling Mine-type cards is a great way to ensure you find cards you're looking for without limiting other players at the same time. If you really want to get wild, try using cards like Pyxis of Pandemonium rather than Demonic Tutor.

It's a bit counterintuitive coming from the duel side of Magic, but giving other players a little helping hand can be a great thing in Commander.

The most important thing I ever learned about Commander was that it's absolutely not about trying to kill your opponents as quickly and easily as possible. Just shooting Batman holds no appeal for the Joker. He must die by a laser mounted on the moon instead. Commander is about being the Joker.

A Commander rules committee member once put this beautifully: "Some of you out there think this seems pretty silly. Once you have your archnemesis incapacitated, you kill him or her and you'll be able to run rampant through Gotham City for the rest of your career. Scott Evil, in the original Austin Powers movie, summed this up: 'I have a gun, in my room; you give me five seconds, I'll get it, I'll come back down here, BOOM! I'll blow their brains out!' To which his father replies 'Scott, you just don't get it, do ya?'"

Scott Evil doesn't understand Commander. He sees a format he can break easily and a banned list that doesn't make any sense. To the Joker, the journey is more important than the final result, and if Batman gets away, there'll be another chance to break out of Arkham and concoct a new fiendish deathtrap. The Joker loves Commander. 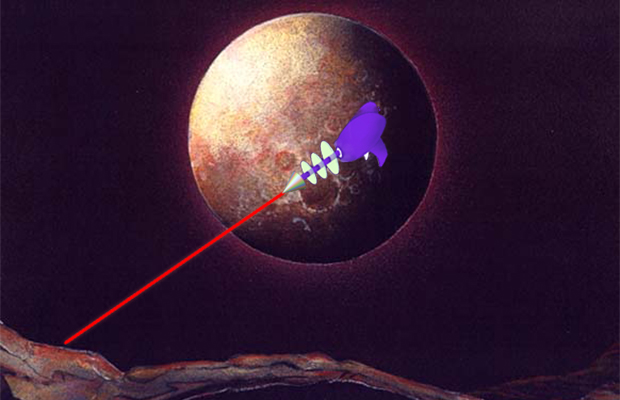 One of the many goals of the Social Contract is to ensure everyone enjoys the experience. If you instantly mow down opponents, their experiences will be terrible. If your play group celebrates a cutthroat style of Commander, by all means keep going. But as you look to play outside your group, or at larger regional events such as Grand Prix, looking to allow your enemies a chance to come back creates a much more compelling moment for them.

To put it differently:

The most helpful thing someone has shared with me is this: people play Commander to play their decks. This is a mantra of Tom Delia and he helped me understand that while you can play a super competitive Maze's EndScapeshift deck (the first one I built) maybe you shouldn't in a casual setting. People spend a long time building their decks and it ends up no fun for anyone if you don't let people play them. I have now retired that deck and while still a Johnny (we can't help how we are made) I now run silly combos with fewer tutor effects in order to allow other people to play.

You can stay true to what you want to do in Commander without sacrificing consideration of other players, and asking those other players how to make that happen is as direct as it gets. I don't think it's any simpler than that.

In With The New

Next week will be a full week of Commander (2013 Edition) previews, and I'm excited to share the new action with you. (Did you get a really obtuse hint in last week's feedback prompt?) This week I have a simple follow-up from Theros: What cards from Theros that aren't legendary creatures are you adding to a Commander deck, and why?

There's much more to Theros than the legendary creature rundown we've looked at over the past few weeks, and with a few weeks to play with all the latest cards I'm sure many of you have decided what makes it from the latest.

Join us next week when we look at two of my most favorite things. See you then!