It Also Speaks for Itself

even years ago, almost to the day, Zvi Mowshowitz previewed a multicolor green two-drop from the original Ravnica: City of Guilds. He entitled his preview "It Speaks for Itself." Why? Because the card was so obviously good on its face, Zvi—considered by many of his peers as the greatest deck designer of all time, as well as one of the best-regarded strategy authors and ambassadors of the game—found the card Watchwolf obvious almost to a fault (at least for purposes of a preview article). 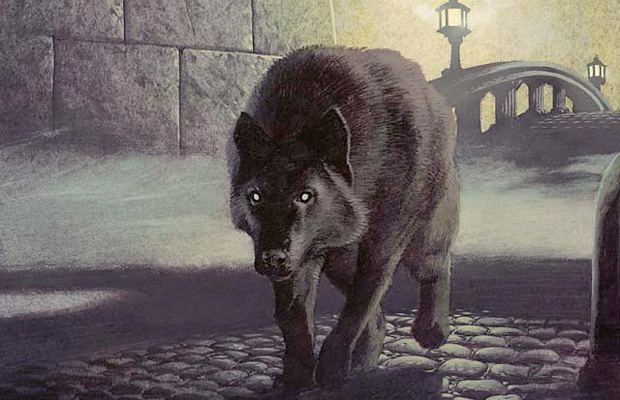 There were no complicated loops to explain, no wild stretches of imagination. Watchwolf was "just" a 3/3 creature—not even a legendary one, Zvi pointed out—for the low, low cost of

) stapled to a Healing Salve (

). We were so naive back then!

Welcome, my dear readers—especially you new folk who didn't witness the coming of the first Ravnica—to the City of Guilds... a city of magnificent, if multicolored, two-mana spells.

As with Zvi's "It Speaks for Itself," Abrupt Decay is so good it also speaks for itself. :

Abrupt Decay, in this writer's humble opinion, would be an absurdly good card even without the whole "Abrupt Decay can't be countered by spells or abilities" clause! Let's table that first sentence for a moment and just look at the second half for a second:

Abrupt Decay's main function is similar to and reminiscent of longtime favorite Smother. Smother was a heavily played card in both Standard and Extended the moment it was released. This was a cheap card that—although black—could kayo everything from Psychatog to Nantuko Shade (or, more saliently, Wild Mongrel... even when it turned itself black). Smother kept going strong against cards like Disciple of the Vault and fairy godmother Arcbound Ravager. It was one of the few cards that still chugged along defensively when Affinity decks sided in Atog to overload anti-artifact overload (take that, Oxidize!), and was of equal defensive value facing an Aquamoeba, Goblin Warchief, or Call of the Herd token.

It killed more-or-less everything that dangerous decks play. Sure, Smother couldn't always (ever, really) take down a Spiritmonger or a Mystic Enforcer... but decks that played those kinds of high-end threats almost invariably still had little guys to aim at first. Put simply, Smother was, at least at the time, Magic's platonic ideal of "flexible removal."

Abrupt Decay doesn't carry Smother's prohibition on regeneration... but for the same converted mana cost, it is even more flexible!

Just think for a moment of all the specialized kinds of cards even very good players are willing to run to deal with different kinds of permanents on a one-for-one basis (most of which are inferior to Abrupt Decay). In order to stop an opposing Sword of War and Peace or Honor of the Pure, Hall of Famers Jon Finkel and Jelger Wiegersma stooped to playing Revoke Existence in their double-Top 8 Esper Spirits deck from Pro Tour Dark Ascension. Revoke Existenceisn't even an instant. The instant/sorcery divide might or might not mean a lot to you in the abstract, but think about it like this: When someone equips a Runechanter's Pike before combat... Abrupt Decay can rob the opponent of power and first strike mid-combat, so you can mug the bejeezus out of the attacker as well as breaking that troublesome Equipment. Or say the opponent put an Oblivion Ring on your super expensive threat. Unlike with Revoke Existence, you can smash the Ring, get back your great guy, and (ditto) mug with an instant blocker, advantageously.

Also, there are classes of decks that are severely limited by their ability to interact with Planeswalkers. Black Control is a style of deck that has its fans but is notoriously vulnerable to Planeswalkers... and in particular what might be its own poster-girl in Liliana of the Veil. Without fast creatures that can get past intended blockers or direct damage to burn down Planeswalkers directly, black can be in trouble to this most dynamic card type.

There might not be a plethora of three mana (or cheaper) Planeswalkers... but Abrupt Decay can ensure that—for some decks—there will be even fewer. Take that, Ajani, Caller of the Pride!

Outside of Oblivion Ring (in white) there have been relatively few specialized cards that can interact with Planeswalkers. My bad—Abrupt Decay is not remotely "specialized" now is it?

Here is a list of thirty or so awesome—and disparate—cards, and all, All, ALL bite it quick-like to a two-mana Abrupt Decay:

Wait a minute,... so what you are saying... is that Abrupt Decay kills every signature card from basically every deck from the...

No, no, no! I am not claiming "every" signature card. For example, Abrupt Decay doesn't solve the problem of an Opposition; Glare of Subdual; or Jace, the Mind Sculptor. But yes, this card—this super quick, tiny, and easily splashed two-mana instant—kills a whole heck of a lot of the most important and format-defining permanents from more-or-less every era of Magic: The Gathering. Enchantments, Planeswalkers, artifacts, creatures,... even artifact creatures, all die to a Golgari aficionado's tap of two lands.

So, elephant in the room: The two lands have to be kind of specific. A black and a green. Less tough, maybe, than

in a deck built for

... but prohibitive in the sense that you have to bend your colors a certain, potentially uncomfortable, way. Longtime readers have en masse noticed that Magic 2013 brought back Farseek from the original Ravnica block, and much to their speculative delight, have been rewarded with a certain cycle of desirable dual lands. Combined with cards like Blood Crypt and Overgrown Tomb, Farseek makes splashing a single black in a green ramp deck more or less effortless. You can play fewer than four actual lands that actually tap for black mana and hit one most every game if you want to set your deck up to do that.

This is the kind of thing that is worth mentioning, especially for newer readers, early and up front: Because, if the game bears out anything like it did the last time we had a Ravnica block, even if there are a lot of mostly one-color decks at the beginning of the new year's cycle, three-color decks are going to be the default, even outside of green, by the time the metagame catches up with the set's available technology. 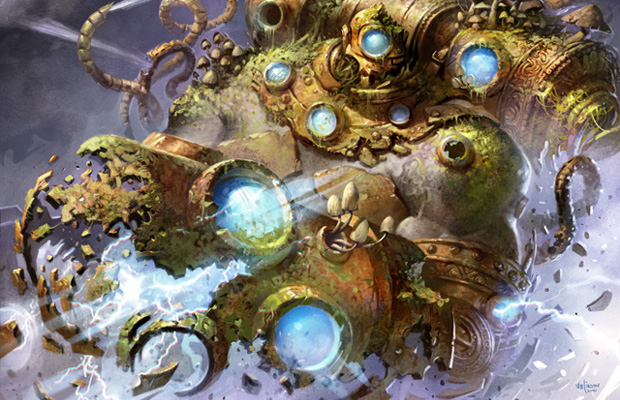 Which brings me back to the first sentence on Abrupt Decay and what I think the implications of that might be. Will the uncounterable-ness of Abrupt Decay disincentivize blue decks? On the contrary, I think this card will be a great tool for certain blue decks.

As you probably noticed in the list of cards I posted above, competitive Magic has long been defined and dominated by cheap effects that pack or packed a significant and immediate impact on the game. Blue decks—like every deck, really—have their share of cards that will be vulnerable to an Abrupt Decay; in that sense they are in the same boat as everybody else.

In particular, Abrupt Decay is going to be an important tool to deal with a particular problem card and all-star of every format. Delver of Secrets isn't just one of the best creatures in Standard, but is a headliner all the way to Legacy. Abrupt Decay is going to provide something important at least in Standard (and probably elsewhere, given the breadth of its potential victims): a reliable way for any deck that can cast it to destroy Delver of Secrets, even when the opponent does something like reveal a Mana Leak/Spell Pierce/Spell Snare/something-similar off the top with it.

Yeah, yeah, yeah—one more way to kill blue's It-Girl one-drop. But from another angle? Who do you think is going to make the most of playing Abrupt Decay exactly? Put another way, who do you think is most immediately capable of making the most of a cheap two-mana instant? Is it so hard to imagine opening on a Watery Grave or Breeding Pool, starting on seventeen for your Delver of Secrets, then flipping up an Abrupt Decay to reveal an Insectile Aberration to start turn two? If Snapcaster Mage + Mana Leak is a killer, what do you think about Snapcaster Mage + Abrupt Decay?

Sure, we can go the obvious route. This card is black and green. It might have the word "Izzet" in the flavor text, but that Golgari watermark is pretty hard to miss. PT Junk colors will consider it. Depending on format and how long a game they feel like playing, it can range from automatic four-of to in-consideration. For Standard? Probably more attractive than Murder. The Rock? Ditto and more (straight black-green doesn't have the option for white removal). For Jund—especially in bigger formats—I think Abrupt Decay is more attractive than Terminate... but it does depend at least somewhat on how big the opposition's guys are expected to be at the point you are tuning your deck. It isn't hard to imagine the obvious colors appropriating an Abrupt Decay... but isn't it even more delicious to imagine the naughty, off-book—can we say unfair—applications?

Not only does Abrupt Decay more or less speak for itself, but it speaks so many different things. Like Lightning Helix, which was a tool of beatdown in Boros and Zoo, and a tool in Firemane Angel control decks (to stave off Boros and Zoo), I would guess that Abrupt Decay finds a home as a main-deck four-of, a toolbox target, or a sideboard splash in any number of different strategies. The obvious applications are obvious for a reason; I think that this card will see play in all kinds of not obvious ones as well.

I can't wait to see where this goes... and what gets killed along the way.