elcome back to Perilous Research! Last weekend, thousands of players around the world attended the first weekend of Modern PTQs with dreams of qualifying for the Pro Tour. Today, we'll be taking a look at the state of the format with those PTQs in the books.

Raymond Perez, Jr. has been quietly honing his skills on Magic Online for the last few years. I had the pleasure of meeting Perez in Dublin last fall after his incredible performance at Pro Tour Theros . Sometimes it's clear that someone has a future in competitive Magic, and Perez seemed poised for greatness. 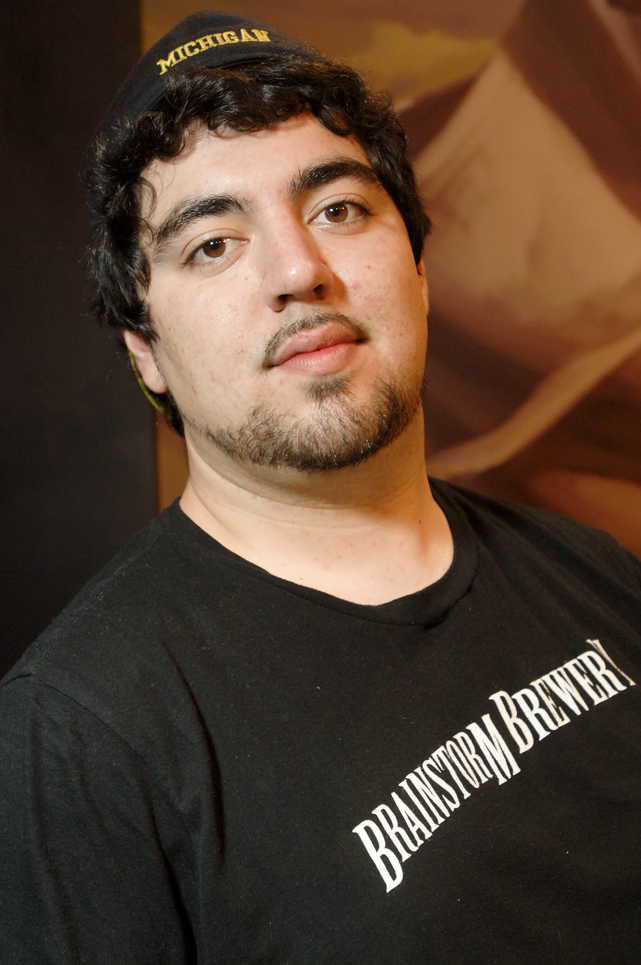 In the months after Dublin, Perez put up generally lackluster performances. The variance of the game had beaten him into a corner. After Pro Tour Journey into Nyx, Perez found himself without drive and without a qualification for the next Pro Tour.

He wouldn't go out without a fight, though. In a last-ditch effort, Perez traveled to the last Limited PTQ of the season in hopes of qualifying for Pro Tour Magic 2015. He won. The next day, he attended his State Championship. He won. Then, last weekend (just one week later), he attended the first Modern PTQ of the season. He won. In an unprecedented balancing of variance, Perez went from being on the ropes to being qualified for every remaining Pro Tour of the season with the Rookie of the Year title in his crosshairs.

Mr. Perez was kind enough to share his PTQ-winning decklist with us. Let's take a look at what the future pro decided to sleeve up last weekend:

Melira Pod, the established boogieman of the Modern format, remains the deck to beat. This version of the deck eschews the Archangel of Thune/Spike Feeder combo. The deck plays like a powerful midrange strategy, but it can combo off if the opponent is caught off guard. Melira, Sylvok Outcast prevents persist creatures from getting a -1/-1 counter when they return to play. Using Melira, Sylvok Outcast with Viscera Seer and Kitchen Finks, therefore, generates infinite life. Replace Kitchen Finks with Murderous Redcap and we get to deal infinite damage.

Melira Pod will remain one of the strongest decks in the Modern format, so we'll need to find ways to beat it. I've been playing a lot with Squelch recently, and I find the card to be strong against Pod and many other strategies. Anger of the Gods is the best card against Melira Pod decks and should be played as a sideboard or main deck card in all decks that can cast the spell without severely disrupting their own game plan.

But there's much more to Modern than Melira Pod. Let's take a look at some of the other strategies that have been performing well over the last week.

Scapeshift has been a format staple since it won Grand Prix Minneapolis last month. The one-card combo wants to resolve Scapeshift with enough lands to kill the opponent with Valakut, the Molten Pinnacle. Traditional versions of the deck play like control strategies until they're able to fire off their big spell and win the game. The deck performs well against control decks where it wins the mana war, trumps discard-based disruption by being able to topdeck its win condition in a single card, but finds itself susceptible to land destruction/disruption.

Splinter Twin wants to assemble its namesake Aura on Deceiver Exarch or Pestermite, allowing the pilot to repeatedly untap the enchanted creature to make infinite tokens and win the game. The deck has proven itself to be the combo strategy of choice in Modern. The deck can go off on the fourth turn without question in many matchups, but the powerful control tools available here let the deck play the game like a control/tempo strategy that looks for an opening to finish its opponent off with the combo.

Red-White-Blue Control was once a dominant force in Modern, last year. The deck has declined in popularity as of late, but playing the most efficient removal, countermagic, and card draw in the format is a pretty reasonable route to victory. The major problem with control decks in Modern is the lack of a strong card-drawing engine. Sphinx's Revelation is great, but the speed of Modern means the card will be dead in our hand in a huge number of games where we get run over by the opponent.

Closing a game quickly and decisively is important when playing Modern. As a result, many players have followed Shaun McLaren's lead and begun including Kiki-Jiki, Mirror Breaker in the deck. Kiki-Jiki makes infinite tokens when combined with Restoration Angel and provides a steady stream of card advantage when combined with Wall of Omens or Snapcaster Mage. This newer version of Red-White-Blue Control is quickly establishing itself as one of the strongest Modern archetypes.

Burn will always have a place in the Modern format. The deck consistently wins games as early as the fourth turn and the combination of Skullcrack and Flames of the Blood Hand make the deck resistant to opposing lifegain. Still, the Burn deck is a dangerous choice for tournaments, especially now that Red-White-Blue Control is rising in popularity.

4 Bump in the Night 3 Bloodchief Ascension

Splashing black in the Burn deck means it's going to be harder to race in the matchups where that matters. Bump in the Night is a great doming tool, though, and Bloodchief Ascension out of the sideboard means that these decks can interact aggressively with the opponent while still applying pressure to his or her life total.

Green Tron decks continue to put up great performances. The deck is still quite weak to Pyromancer Ascension Storm decks and Splinter Twin, but the incredible Jund and Control matchups make this deck one of the best metagame calls for a tournament that might be light on combo. It seems like Tron could easily win an event where it's able to dodge or get lucky against the pure combo strategies.

3 Past in Flames 2 Empty the Warrens
59 Cards

Storm decks attempt to generate huge amounts of card draw and mana through copying spells with Pyromancer Ascension or making them cheaper with Goblin Electromancer. Once the storm count gets high enough, the deck can win the game with a massive Grapeshot. Storm can be difficult to pilot well, but the deck performs well when there aren't many Abrupt Decay, Thoughtseize, or Inquisition of Kozilek running around. Jund's disruption and fast clock give this deck nightmares.

The rise of Red-White-Blue has given Hexproof new life. There are few Back to Nature these days, and it seems like a great time to sleeve up the least-interactive attacking deck in the format. That being said, the deck is weak to Abrupt Decay, which will be seen as a two-, three-, or four-of in a lot of the decks we'll be playing against. We can expect more sideboard hate in the coming weeks if Hexproof continues to perform well, but the deck is definitely in a sweet spot right now.

2 Electrolyze 3 Huntmaster of the Fells