ast weekend saw two, Two, TWO Constructed Grand Prix events—one in Japan and one in Canada. Two formats. Two winning decks that put new spins on already good ideas. Modern might (still) largely be about Jund, but Grand Prix Toronto just taught us that "Jund" can be a lot more than four letters implying a Bloodbraid Elf. For its part, the current Standard looks to be one of the most dynamic formats in memory; nary a week goes by without the unexpected appearance of a Door to Nothingness, hard-cast Omniscience, or... apparently Chronic Flooding. Chronic Flooding!

3 Goldnight Commander 4 Huntmaster of the Fells

It's always nice to see the hot new thing from a tournament actually winning it. In a Top 8 featuring five hasty Rakdos Aggro decks, the big winner was a Reanimator deck built on a completely different paradigm than we have seen previously.

The deck actually does quite a few different things, but the card that really sticks out like a sore thumb is Chronic Flooding. Okita could put Chronic Flooding on one of his lands on the second turn... and then would see lots and lots of cards in his graveyard afterward. Every time you tap the land that is enchanted by Chronic Flooding, you put three cards into your graveyard; so if you just tap the enchanted land on turns three, four, and five (say) doing regular stuff—the typical Mulch or Tracker's Instincts, an Izzet Staticaster or Izzet Charm to defend yourself, the Huntmaster of the Fells to gum up the battlefield—you are going to put nine or so cards into your graveyard "incidentally." And that can leave you with quite the bounty down below once you decide you want to play Unburial Rites (an Unburial Rites you might never have drawn, natch!).

Now it's not just Chronic Flooding that makes this deck so different and exciting. Okita's deck actually hybridizes the Nightshade Peddler/Izzet Staticaster two-card Humans combo we have seen before (pair Nightshade Peddler with Izzet Staticaster... kill everybody), a more general Humans sub-theme, and a powerful Reanimator strategy. It's important to note, as well, what is not present. This deck taps all kinds of green, has five-mana threats it is willing to play (e.g., Geist-Honored Monk), but there is nary a Thragtusk to be seen!

Okita's favored Unburial Rites target is Angel of Glory's Rise. When you have just filled your graveyard with lots of stuff with Chronic Flooding (including many Humans, hopefully), Angel of Glory's Rise is not just one target, but brings along with it any Humans who have either been milled by Chronic Flooding, Mulch, or Faithless Looting or who have valiantly given their lives attacking and blocking, as per normal.

In short, one such Unburial Rites can give you a veritable army!

But when Goldnight Commander comes into play with a whole gaggle of additional Humans thanks to the Angel? Any Izzet Staticasters in play (or coming into play) will not only be able to attack, but might just have quite a bit of positive power!

It really is nice to see the hot new thing actually winning the big tournament, isn't it?

The great Kenji Tsumura put on a show with a more conventional Junk Reanimator deck. Perhaps lacking some of the new bells and whistles of Okita's deck, Kenji's nevertheless proved the continued strength and flexibility of the traditional three-color build.

The guts of this strategy is that it can just play fair. Ho hum Arbor Elf into Centaur Healer; Restoration Angel for the block-and-blink; Thragtusk, achievement unlocked with another Restoration Angel (maybe); all four copies of Angel of Serenity at the top of the curve... Most decks are going to have to respect your life total and battlefield position on that sequence.

But that's not all, of course.

Somberwald Sage lets you hard cast your really big stuff regular side. Although the Nagoya Top 8 somehow managed to have zero Sphinx's Revelation decks, Cavern of Souls helps you resolve especially your expensive stuff through the Dissipates and Rewinds of Bant Control or White-Blue Flash.

Variations on the Black-Red Zombies strategy that won consecutive Grand Prix in the United States were among the most successful decks at Grand Prix Nagoya. And not only that, we also see the emergence of a bit of a different black-red beatdown with a similar mid- to endgame (but quite a different early game shell), in Rakdos Red. 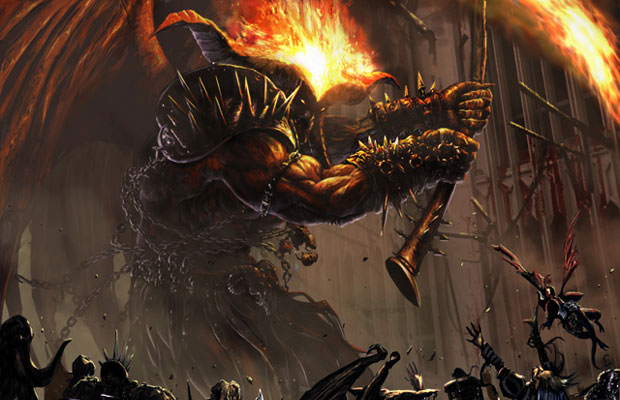 Both decks seem to top up on threats like Falkenrath Aristocrat, Hellrider, and Thundermaw Hellkite, with Rakdos Black having a bit more power, and staying power, thanks to its Zombies suite, but Rakdos Red getting you in trouble faster and adding the haste and surprisingly impressive body of two-drop Ash Zealot.

I have separated the two similar styles into Rakdos Black and Rakdos Red for this article, for simplicity's sake.

1 Bonfire of the Damned 4 Pillar of Flame

Kawaguchi's deck has most of the expected trappings of this successful archetype: eight-pack of 2-power one-drops, Knight of Infamy on the two, Geralf's Messenger as a big threat on three. The relatively thin Zombies count impairs Gravecrawler re-buys somewhat, but the deck still gets a lot of value out of playing four copies of Cavern of Souls.

Kawaguchi's top end includes Falkenrath Aristocrat (great with Gravecrawler much of the time and Geralf's Messenger most of the time) and Thundermaw Hellkite as its biggest finisher. He did not play the double-red Hellrider, instead moving two copies of Vampire Nighthawk (an important mirror breaker and beater-upper of green decks) to the main.

Shinohara, too, played many, but not all, of the expected Rakdos Black hallmarks: Cavern of Souls supporting the eight-pack and Geralf's Messenger with a hasty top-end including Falkenrath Aristocrat, Hellrider, and Thundermaw Hellkite—although here we see only two Hellriders and three Hellkites.

The biggest shift seemed to be cutting Knight of Infamy (almost universally considered the weakest oddball in the baseline Rakdos deck) in order to unleash Thrill-Kill Assassin at the two.

Speaking of unleash, Aryabhima started his unleashing on turn one, with Rakdos Cackler. His was a variation on the faster Rakdos Aggro deck... twelve 2-power one-drops, a bit less land, and no big and hasty red men at the top end (although he did keep Falkenrath Aristocrat).

Falkenrath Aristocrat plays well with Mark of Mutiny (take your Thragtusk, keep the 3/3), and Blood Artist helps race, generally, as you hurl all your little guys into the red zone.

Speaking of red, that is what Murae's deck was all about.

The Rakdos Red deck has a lot of the same stuff as the Rakdos Black. If you think what is defining or important about this strategy is the top end, then know that this deck also finishes on the same trio of big and hasty threats. The difference is primarily in the mana base, supporting different early creatures.

Gone are Gravecrawler, Diregraf Ghoul, and Geralf's Messenger. They are replaced by Stromkirk Noble and Rakdos Cackler at one; the haste starts on turn two with Ash Zealot. Attacks are declared. Creatures die. The coolest card of all is Volcanic Strength, a card I assume Dave Price could get behind. Price, who once won a Pro Tour by playing a first-turn Mogg Conscripts, putting Giant Strength on it, and then being unable to attack would probably appreciate a Giant Strength ready-built for winning the mirror.

It's tough to say Satou "diverged" in his choices when Rakdos Red is still a relatively unexplored sub-archetype, but many of his choices certainly were different. Mizzium Mortars main gave Satou the opportunity to sweep on demand, especially given the bolstered mana afforded by Rakdos Keyrune. Rakdos Keyrune is the Swiss Army Knife of Standard... It punishes control players who can't kill a creature on the opponent's turn, it beats the heck out of Thragtusk, and in this deck it jumps Satou from three to five for Thundermaw Hellkite! 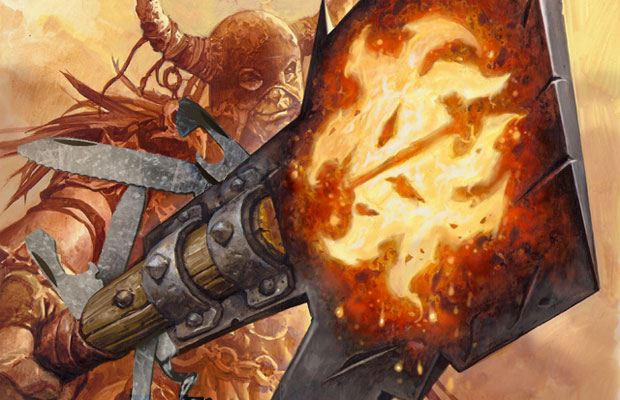 Super streamlined, super confident decklist here: nine four-ofs. These are the good cards. I am playing the Maximum Number of each, says a decklist like this one.

Nagai went pretty heavy on his five-drops—both Thragtusk and Thundermaw Hellkite here—but had both Avacyn's Pilgrim and Farseek for setup. It's hard to overrate Nagai's removal suite (despite his only playing eight non-mana spells). Selesnya Charm continues to impress. It smashes opposing Kessig Wolf Runs, stops Olivia Voldaren from getting too greedy, and helps break the Thragtusk parity. Bonfire of the Damned is... Bonfire of the Damned. In a format with so many powerful strategies, Bonfire of the Damned is a toehold that helps fair decks like this Naya play with a bit of power.

Every time Top Decks touches on Modern, it seems we are talking about Jund... Jund being the most popular deck, additions to Jund, so on, so forth. In this case we have Pro Tour veteran Willy Edel doing some actually off-the-wall stuff with his Jund deck, mixing it up with highly unique one-ofs and two-ofs... and lots of them.

Many of these cards speak for themselves, so I will just jump to onetime Top Decks preview card Lotus Cobra (a two-of that gobbled up two of Bob Maher's traditional Jund-slots), and what it does in this deck.

For one, Lotus Cobra can help make white mana. Jund is really black-red-green, and since the last big event we call a deck "Jund" that has started to splash Lingering Souls. Every little bit counts! You can also get a little extra value out of a Verdant Catacombs with Lotus Cobra... "Free" Lightning Bolt or Inquisition of Kozilek, as it were.

But I think the most eye-opening interaction here is Lotus Cobra plus the other big unique card, Thundermaw Hellkite (popular in Standard, of course, but brand new in Modern). Lotus Cobra on two, followed by Marsh Flats... and all of a sudden you are attacking with a 5/5 on turn three, having executed the bejeezus out of your opponent's Lingering Souls tokens.

It looks like Deathrite Shaman—a known quantity if not universal player—and Lingering Souls (previous new hotness in Modern) are now both pretty much givens. The Jund deck at its core is about transforming individual cards into more and more work and value. Both of these relative newcomers work consistently alongside Dark Confidant, Bloodbraid Elf, and Liliana of the Veil.

The general idea of the RUG Scapeshift strategy is to use your land-search accelerators (Search for Tomorrow on one, Sakura-Tribe Elder to block, two-for-one Cultivate, whatever you have) to put yourself into a position with several lands in play. Then, ka-pow! You play Scapeshift to put a lethal number of Mountains in play in concert with (ideally) both copies of Valakut, the Molten Pinnacle.

Scapeshift is an attractive strategy because it is a "one-card combo." If you hit the Scapeshift itself, its resolution is actually the whole combo. You have to watch your land base, sure, but you also get to free up room in your deck for versatile cards like Cryptic Command, point removal, or even fair threats.