know I wrote last week about how crazy open the present Standard is. This week just seems to reinforce that idea.

We have a couple of epic events pouring in Standard tech for your Pro Tour Qualifiers-to-be, and will be checking in with the godfather of White-Blue Control, Shaheen Soorani. Let's go!

Linvala was a new toy that was employed by both of the Mythic Conscription decks that made the Top 8 of Grand Prix–Manila, as well as the resurgent Naya Vengevine deck.


This particular new toy (or comeback toy, kind of) was largely developed in response to the success of Naya Vengevine around the 2010 Nationals Qualifiers and the mighty Cunning Sparkmage. Cunning Sparkmage—hasty to begin with—is fast enough to take apart Birds of Paradise and Noble Hierarch, but along with Basilisk Collar (a handy bullet find with Stoneforge Mystic) Cunning Sparkmage can take down anything and everything. So basically, if you want to protect an Eldrazi Conscription from Sparkmage mastery, Linvala is a fine play.

Linvala is pretty cool at proactive disruption, as well. She can stop Knight of the Reliquary, and unlike almost every other similar effect in the game, Linvala will also stop Birds of Paradise and Llanowar Elves from coming online. Against some draws, that can be tantamount to mana-screw.

The good Master was a card that saw heavy play around the time of the 2009 World Championships , first in Eldrazi Green and later in Jund ... Well, now it's back!

4 Master of the Wild Hunt


Especially in the case of Watanabe's deck, Master of the Wild Hunt does a lot of (good) things. Next Level Bant wants to be heavy on creatures in order to keep Vengevine happy, and Master of the Wild Hunt is obviously a creature—removal, sure ... but removal with power and toughness at the bottom right corner. Then there are the "regular", non-deck specific, advantages; Master of the Wild Hunt fits in those, too. It possesses efficient power within about one turn of being in play, it is non-black / non-red removal (more relevant than you might think), and, of course, you can use the Master to just get a big creature advantage to build on several turns.

While Manila saw Brian Kibler nearly follow up on his Sendai win with a 9-0 start to his tournament, the "Dragon Master" finished "only" Top 16. The results? ... Let's just say there were some more crazy / different / unexpected builds around the other side of the Pacific.


A few weeks ago, coming back from Pro Tour–San Juan, Brian David-Marshall told me he wanted to play with Jace, the Mind Sculptor, Oracle of Mul Daya, and Lotus Cobra. The three cards in combination are just silly. Jace, the Mind Sculptor lets you put two cards from your hand on top of your deck (or just rearrange other cards); Oracle of Mul Daya can of course play lands that are on the top of your deck.

See where this is going?

The two fours put next to one another are absolutely dominating (providing they have enough time)—Lotus Cobra just makes the system faster. 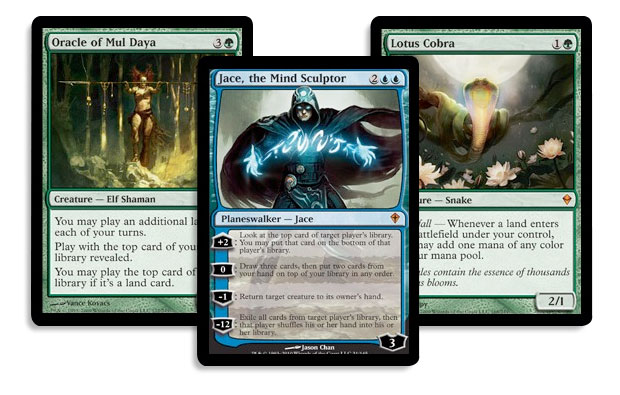 When you add all three cards together you have the fast Time Warps, the big Mind Springs. LSV's deck, in particular, won with a quartet of Avenger of Zendikar. This is in contrast to the Eldrazi giants we have seen in the past.

3 Esper Charm 1 Into the Roil 3 Path to Exile


When four copies of Emrakul, the Aeons Torn just aren't enough for you ... you can kick it old school with Time Warp.

The plan here is to play into Brilliant Ultimatum, setting up with Liliana Vess. Again, Brilliant Ultimatum doesn't just put cards onto the battlefield: it actually plays them. That means that when you Ultimatum up Emrakul, the Aeons Torn, you are getting a Time Walk already. The addition of Time Warp means that when you go attacking, they never get another turn. Annihilator 6, Time Warp, untap, annihilator 6, -10 for you. Thanks. 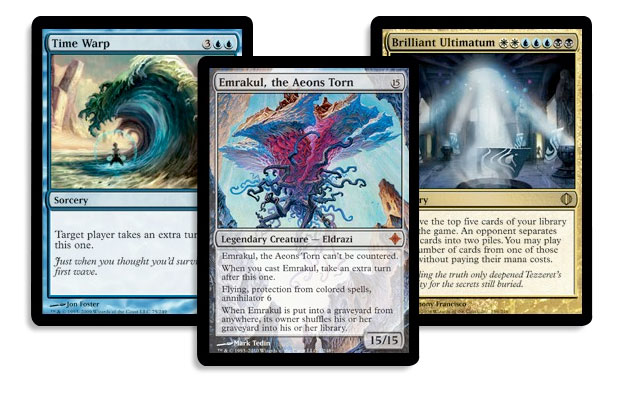 These Brilliant Ultimatum decks are also 80% there as regular White-Blue-based control decks. You have your Day of Judgment; you have your Path to Exile ... but when the split is coming, no matter how juicy the four-pile is, it's probably not juicy enough to not take Emrakul!

We have the luck this time around of getting some wonderful week-by-week tips and commentary from Shaheen Soorani on how to tune and play the classic White-Blue deck. Long-time readers of Top Decks and its predecessor Swimming With Sharks know Shaheen's name. We have been following him via Top 8 deck lists analysis since the first time he bought a Blue Envelope with a Rewind.

At States 2009 he gave us the model for the White-Blue deck that would carry into largely our present "Tap-Out" understanding. Shaheen actually made five Top 8s (the last four of them Pro Tour Qualifier Top 8s)! He lost in the first four, but tuned and changed week to week (never straying from his beloved White-Blue color combination) until he once again waltzed off with the Pro Tour invitation. Let's check out what he was thinking along the way.


Version Notes:
The original Knight of the White Orchid + Fieldmist Borderpost version was actually quite creature heavy. It was strong against the Jund decks of the time, but despite his States Top 8, Shaheen had to make massive structural changes to compete with the rising control decks; plus, Jace, the Mind Sculptor and Gideon Jura got printed ... and just begged to be played!


Shaheen Says:
"This was supposed to be the PTQ winner.

The Top 8 was soft, including Mythic, Boss Naya ('the bye'), the White-Blue mirror, and other easy match-ups ... except Open the Vaults.

So, first round I got paired against Open the Vaults at 8th seed. Impossible match-up."


At this point in the metagame, Shaheen was still aiming for Jund. He played it five times in the Swiss (going 4-1) before losing to Jund in the quarterfinals. 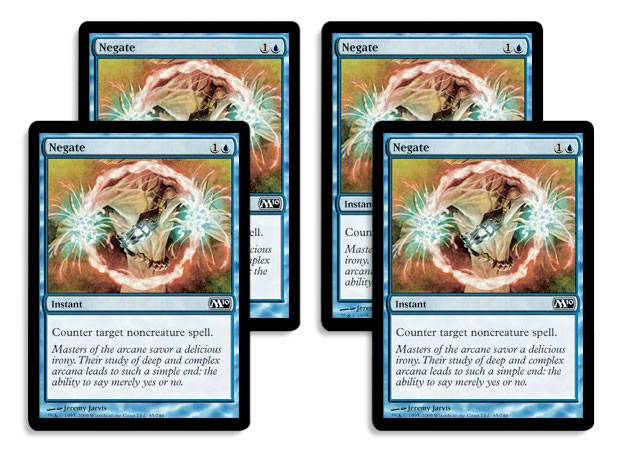 The logic behind 4 Negates main deck was that White-Blue can handle "any of the dudes that will be played" and Negate was there to handle the "problem spells"—removal for planeswalkers, removal for Baneslayer Angel, card drawing, etc.

Shaheen Says:
"The MVP in the sideboard that won and will win nearly every mirror match is Luminarch Ascension. I call control decks absurd that go with other options like Jace Beleren and Kor Sanctifier. Luminarch Ascension is one of the most unfair cards I have seen in seven years of competitive Magic (almost as unfair as Sphere of Law against Goblins in Extended), and people should not opt out of the 'turn two win' if you untap with it in play."

Martial Coup: Seven mana for five tokens isn't worth it. Day of Judgment is far superior ... clear the board then get to business; the key to victory is low curve answers, not high curve threats.
Celestial Purge: Path to Exile will be bumped to four copies. White-Blue cannot afford to go 1-for-1 or 1-for-0 on man lands ... it is time to conform to Spreading Seas.
Mind Spring: Have you ever drawn two of these in your opener? Two (total) is the right number.
Negate: I still stick to my guns about the power of Negate, however with the rise of Mythic, sitting there with a Negate as the opponent plays a Sovereigns of Lost Alara makes you reflect more on your decisions. Time to make an "answer all" with Deprive.


Marshal's Anthem returns from an earlier version as the "insta-win one-of" against Jund, but will not survive to the next day.

Shaheen ran a 5-0-2 Swiss and beat Dredge in the Top 8 with Baneslayer Angel before dropping to the "control killer" Next Level Bant.

For the first time during this amazing run, Shaheen conformed to playing Spreading Seas (i.e. the best blue card in Standard) as an out to not just a quick Jund opener, but opposing Celestial Colonnades and the Tectonic Edges.


"The common sense list"—four Baneslayers main deck. Let's stop beating around the bush and play the best creature in Standard.

Shaheen is most proud of his sideboard, in particular the addition of new toy Emeria Angel: 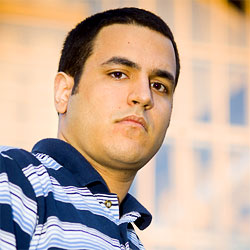 "I thought this guy was amazing against Next Level Bant ... it protects planeswalkers, it's a win condition, it can't be countered by Negate, it defends against Vengevine more than anything else ... literally the best sideboard card against Next Level Bant, but it turns out it's the best card in the sideboard against almost anything.
The mirror boards out a good amount of removal; I board in that creature; if it is not Path'd immediately, no Planeswalker can survive, Luminarch Ascension is permanently protected, and so much more. I have boarded him in every matchup; it begs the question as to why it's not main deck. Emeria Angel is nuts."

In order to win a PTQ, Soorani had to figure out how to beat hot new —and hot new control killing deck—Next Level Bant. He has a list of tips that he says turn the match-up from 40-60 in favor of the new kid to 60-40 in favor of Emeria Angel and pals. 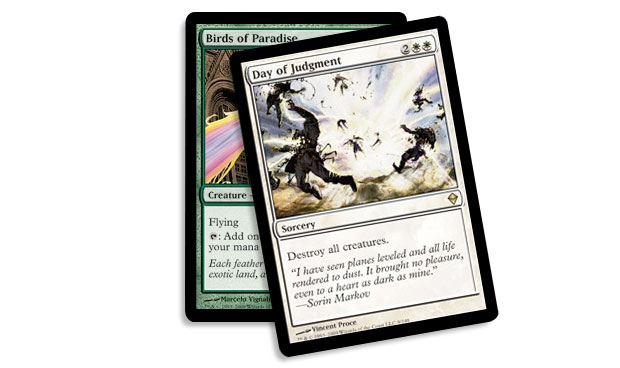 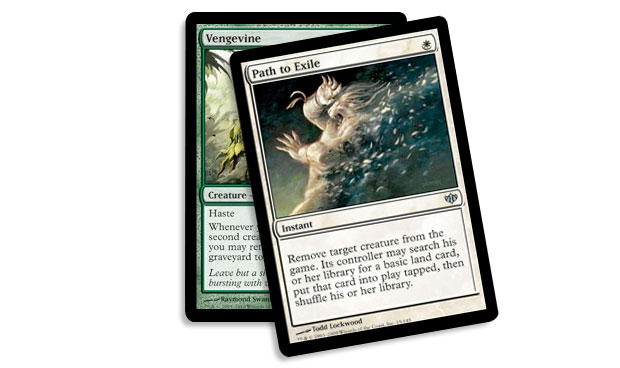 2. Never Path to Exile anything butVengevine. Just don't do it. Use Spreading Seas on their man lands. 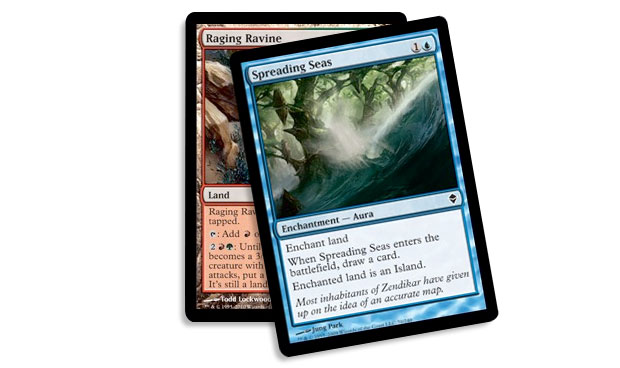 3. Use all resources you can to remove planeswalkers besides playing your own if you are able. Winning this match-up is about having your planeswalkers stick, followed by Mind Spring for 100 to Path to Exile on Vengevine. 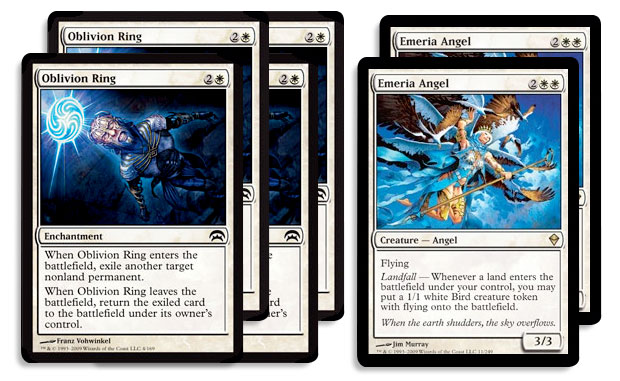 4. Sideboard in 4 Oblivion Ring and 2 Emeria Angel for 1 Spreading Seas, 3 Wall of Omens, and 2 Day of Judgment. Game 2 is very different; you don't want to walk into Negate or Deprive. They only have two Deprives so your creatures can go on a run; but hold your planeswalkers until you feel like you can keep them. Emeria Angel will win it making one token per turn.

I'd just like to thank Shaheen for his insights and stick-to-it-ness with his favored Weapon of Choice. The ideas on how to beat the format's control killer seem inspired!

Good luck in your PTQ-winning endeavors, whether you go with new toy Emeria Angel, the newer and faster take on Turboland, or something else entirely!