his weekend's Pro Tour is the first run of a new format, which will itself flow, and twist, and change again like quicksilver. While there are a good number of players that will play according to book, I doubt very much that this article will explore every piece of closely guarded hidden-tech secreted away by the most elite of Pro Magic teams.

But in terms of a framework, I think we can really tie some principles together ... Certainly we can sketch out the forces of the metagame, if not the specific whorls and angles and shadows cast.

The most popular non-land card to be played in this Pro Tour may well be Punishing Fire. Last year Punishing Fire was the secret sauce, defining the deck that Brian Kibler used to win in Austin. However this year, the tech is known ... and can go into a variety of decks just as seamlessly as it did in Brian's "Rubin Zoo" winner.


Despite the radical changes applied to the Extended format, the vast majority of Brian's Rubin Zoo deck—at least in terms of spells (certainly not the entirety of the mana base)—is still legal. Might be something to think about for the undecided.

What about some other looks at Punishing Fire? Surprisingly, the best applications of the spell may not be in the beatdown deck this time around!


This is a good example of a modern Scapeshift deck. Yes, it looks a lot like last year's (alternate) Scapeshift deck! The main change is around the loss of Umezawa's Jitte, and the obviously different mana base.

Umezawa's Jitte gave the 2009 red-green Scapeshift deck a very obvious route to creature-war domination, even though it played relatively few creatures (just Sakura-Tribe Elder in addition to the twelve you see here, plus the Treetop Villages). In exchange the 2010 version has Harmonize (which, to be fair, was played in some of the 2009 decks).

So what is going on here?

The red-green Scapeshift deck has a couple of different plans it can pursue.

1. It is a passable creature deck. Despite the loss of Umezawa's Jitte, the presence of Kitchen Finks—especially off of a Bloodbraid Elf—can represent a damning amount of card advantage and battlefield-clogging creature mud. Opposing aggressive decks (especially ones with Lightning Bolt-based offenses) will be frustrated.

2. It can grind out attrition fights. Regardless of match-up, the deck can lean on Bloodbraid Elf, Harmonize, and to a lesser extent Kitchen Finks and Punishing Fire to overwhelm opponents spoiling to trade body blows. The Kitchen Finks + Oran-Rief, the Vastwood (which can be found by Scapeshift, remember) is a complete and total creature-threat lockdown.

3. Scapeshift can go over the top. Especially against a traditional (blue or blue-black Faeries-type deck), the red-green can go Great Sable Stag and Volcanic Fallout (and remember it has the Punishing Fire + Grove of the Burnwillows combo main deck), and pull the insect wings off the least popular tribe of all time, creature by creature, card after card.

4 Grove of the Burnwillows 4 Valakut, the Molten Pinnacle 4 Scapeshift
75 Cards


Despite having certain cards in common—Bloodbraid Elf, Punishing Fire, of course Scapeshift (and in some cases Tarmogoyf)—this version of ScapeshiftZoo is much different in outlook. Instead of a hybrid beatdown (or even mid-range aggressive) / combo deck, Scapeshift Zoo is a purely offensive deck with an additional twist. 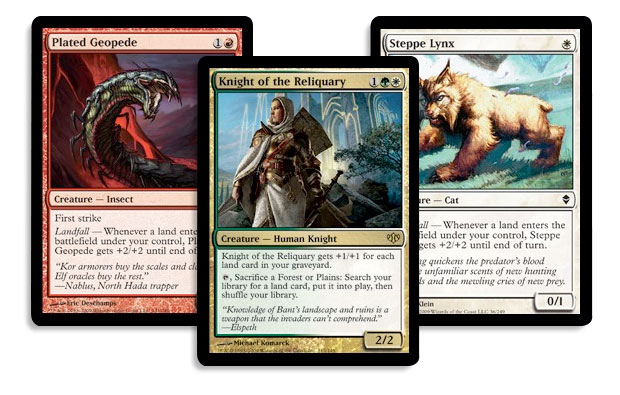 For example you have a 1/1 Plated Geopede and three lands in play. You play Misty Rainforest (+2/+2), and crack immediately for a Forest (+4/+4). You now play Scapeshift and sacrifice all four lands for all three Flagstones of Trokair and the other Misty Rainforest. All these lands come into play for an additional (+8/+8) ... for a total of +12/+12. The Flagstones of Trokair don't get along with one another and all die simultaneously to dig up the three Plains—+18/+18. For good measure, you sacrifice the remaining Misty Rainforest.

Don't forget Plated Geopede even started with a point of power!

That is more than lethal with just one Plated Geopede in play. There are all kinds of additional shenanigans possible when you mix up other creatures and types.

Scapeshift Zoo is still a combo deck, too.

While it might be thin on Mountains relative to what seems to be required (seven Mountains with no Stomping Grounds in the format makes for hardly any damage at all ... in theory).

Well every land suddenly becoming a Mountain sure makes life easier in a post-Stomping Ground world.


Easily the most exciting archetype from my perspective is the Extended upgrade to Pyromancer Ascension.

It has got all the Ponder/Preordain shenanigans of the Standard deck, but has wild opportunities on top of them. For example, Manamorphose. Can you even imagine doubling up on a Manamorphose? It's not even like the card is just free. You get to draw two cards and get more than your mana's investment back. That is a heck of an update over See Beyond!

The upgrades don't stop there. 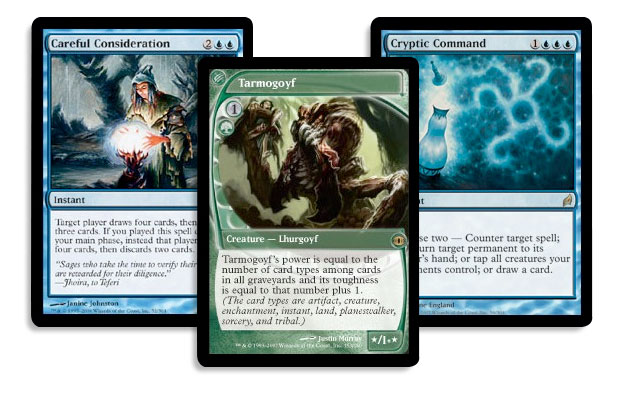 In the realm of doubled up dramatic entrances, it's hard to beat a Cryptic Command. "Bounce that and that; draw two cards." Yowza!

4 Grove of the Burnwillows
75 Cards


Ad Nauseam is one of the more surprising decks from my perspective. 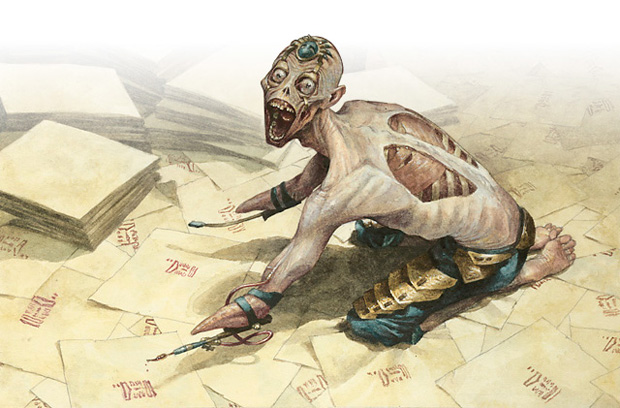 This version has got a Punishing Fire combination like we've seen in so many decks already, but there are no (other) vestiges of "fair deck" here. Ad Nauseam is a combo deck that relies on the power of Angel's Grace. When you play Angel's Grace, all of a sudden flipping over expensive cards with Ad Nauseam starts looking a lot less lethal. You can actually lose below zero life with Ad Nauseam ... In theory you will die when you are done fooling around with this rapid fire-repeating spell ... unless you have covered yourself with a portable Platinum Angel of course!

You can draw your entire deck and ultimately kill with the Conflagrate. Just get it into your graveyard (should not be difficult ... you can drop it "the regular way" using just one Simian Spirit Guide). Afterward you can flash Conflagrate back, paying with the other two Simian Spirit Guides, and discarding any and all necessary for the kill. Have you got more than twenty cards in hand? You have your entire deck? Great. Some of them are probably copies of Pact of Negation, to make sure everything runs smoothly; you'll probably want to hold those. But extra Lotus Blooms, Preordains, whatever? Go crazy.

Speaking of Pact of Negation, here is another combo deck. This time full of all different kinds of Pacts! 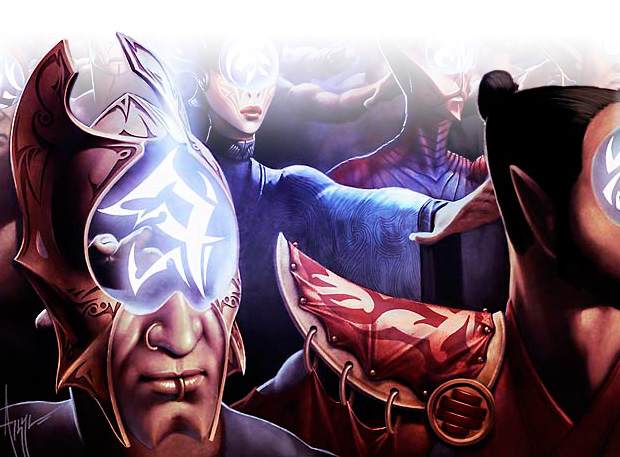 The Hive Mind goal here is to get Hive Mind in play and then "Pact literally anything". Hive Mind will put a copy of, say, Intervention Pact out there for the opponent; he or she will have to pay for the Intervention Pact the following turn. Presumably your opponent will not be able to, and the game will end. Sometimes you will be Super Lucky Player and have more than one kind of Pact—then you can play them all. It is just not likely that the opponent will be able to pay for more than one, even if he or she is in the right colors. I don't like losing to combo decks, either, but yes, Hive Mind is a particularly embarrassing way to go.

"So what you're saying is that I have a 4/4, a damage prevention shield, and an adjustable rate mortgage coming up? Gotcha. Frowntown." 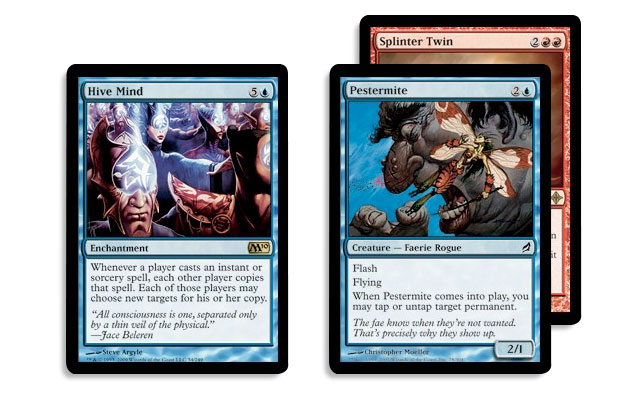 Hive Mind's additional infinite combo kill comes by way of Pestermite + Splinter Twin. You put Splinter Twin on a Pestermite and say, "go." At the end of your opponent's turn you can tap the Pestermite to make a copy of itself; the copy hits the 'field and untaps the original; now untapped, you make another copy and the same thing happens ... Over and over until you have lots of imaginary Pestermites. They don't go away until the next end step ... so plenty of time to wield some 2/1 justice into the only attack you will need this game!

The cool thing about these combinations is that there is no upper limit to how much havoc you can produce. Is the opponent on one trillion and one life? Still dies to a Pact. For that matter your opponent still dies to however many Pestermites you want to make. Or either, or both.

With all the wild opportunities and ludicrous possibilities afforded by Ad Nauseam that don't actually pose any danger to those that cast it, Punishing Fires in every deck from beatdown to combo, and the world's most lethal Steppe Lynxes, it may be easy to forget the availability of regular old decks. But given speed and the availability of so many different, synergistic, cards—they can produce with results just as lethal.

Here are some possible looks:


This deck is essentially the Standard full-on Faeries from ages past. You know, the soul-crushing one that dominated all those tournaments.

First turn Ancestral Vision or Thoughtseize into second turn Bitterblossom, and the party just keeps coming from there. Spellstutter Sprite becomes better and better countermagic as Bitterblossom tokens accumulate. Mistbind Clique eradicates any notions of a fair fight, should it hit. The card pool may not be "perfect" for Faeries, but the presence of both Mana Leak and Cryptic Command go a long way in paving the way to a win ... Creeping Tar Pit and Mutavault (itself a Faerie of course!) are there to play cleanup.


It wins? It's hard to imagine anything but a Red Deck victory after taking a look at this stack of available spells. Goblin Guide leads the way on the first turn, and then comes an era of haste and heavy damage that Dave Price himself would have approved of. Ember Hauler is a perfect addition at the double Mogg Fanatic, and the burn suite seems mono-efficient.

4 Grove of the Burnwillows 1 Teferi, Mage of Zhalfir 3 Damnation
75 Cards


Punishing Fire joins every possible team! Combo, beatdown, other combo ... and even countermagic! Red is there for the finish on Cruel Ultimatum, or to hard-cast Volcanic Fallout. Playing Mystical Teachings and Consume the Meek in the same deck is very much like being able to tutor up Wrath of God at the end of the opponent's turn (and sometimes play it at the same time).

2 Brave the Elements 3 Path to Exile

1 Bound in Silence 4 Honor of the Pure

It doesn't get much more fair than this!

Bound in Silence is rediscovered, surgery-level, precision tech—don't underestimate the Amrou Scout! In addition to spitting out Figure of Destiny at any and all times, the Kithkin Rebel Scout has a three-mana Pacifism hidden up its ... um ... library.

I could literally keep going with another ten deck lists. Is Allies for real? How about Merfolk? This Pro Tour will be telling. Looking over this article, I am not even sure—per our opening paragraph—that I hit all the right archetypes! But you know what? That should make for even more exciting coverage! Tune in starting tomorrow, then all weekend, for live coverage of Pro Tour–Amsterdam! The first look at the new "double Standard" style Extended, the debut of a new Play/Draw rule in the Top 8 ... and the crowning of our next Pro Tour champion!

I know I can't wait to see the story unfold.