Prepping for the Online Prerelease

elcome back to Perilous Research, DailyMTG.com's exclusive Magic Online column. Most of you are coming fresh off of Gatecrash release events at your local gaming locations. We've all experienced the Monday after release events; there's nothing in the world you'd rather do than continue gaming, but you know you'll just get a weeknight draft or two in before the set gets released on Magic Online. Good News! Gatecrash Prereleases start this weekend on Magic Online. We're less than forty-eight hours from access to nonstop Gatecrash Limited events.

Gatecrash Prerelease events are going to work a little differently than the Sealed events we're used to on Magic Online. Today, I'm going to explain how these events will be run, and then we'll get right into the thick of things with an in-depth discussion of the Gatecrash Limited format. 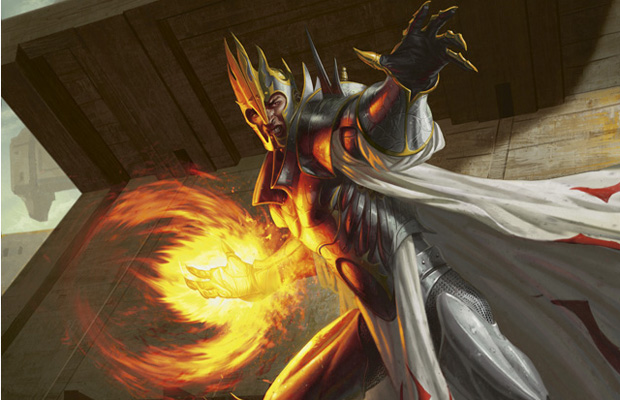 If you've already jammed a bunch of live Prerelease events and you're looking to get into the thick of things, you don't have to worry. Gatecrash Draft Swiss queues will be up and running Friday morning, and 4–3–2–2s and 8–4s will start on Monday.

Now that everyone's up to speed on the logistics of this weekend's festivities, I'd like to talk a bit about the Draft/Sealed archetypes of Gatecrash. I'll talk about my favorite commons for each color and archetype and discuss my goals going into Gatecrash Limited deck constructed.

I've done a few Gatecrash Drafts and I feel that the ability to switch guilds in the middle of pack two will make or break a Limited player's experience with the set. Orzhov can become Dimir or Boros. Dimir can splinter off into Orzhov or Simic. Gruul can become Boros or Simic. Boros can become Orzhov or Gruul. And Simic can become Gruul or Dimir. Splashing a third color isn't too difficult with the available common fixing, but I would much rather force a color early on so I have access to a clean escape if I need to switch guilds as the draft progresses. For example, if I took a Scab-Clan Charger first pick, then I'd likely take Slaughterhorn over Mugging as my second pick. This keeps my options open as I get to observe if blue or red is more available in the given draft. If I get something like a Keymaster Rogue or Cinder Elemental late, then I'll be more comfortable moving in on a specific guild. 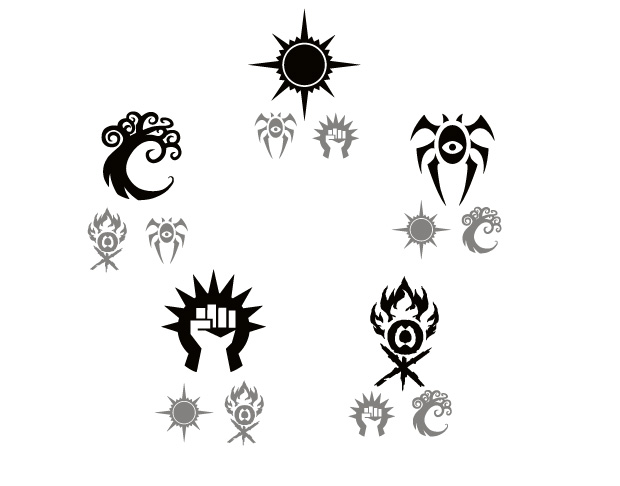 Orzhov offers an insanely powerful mechanic, especially for decks with lower curves. It's going to be hard to get a lot of the good white extort cards because the Boros players will be grabbing them as fast as possible. Kingpin's Pet is a great indicator for this archetype—it's both colors, so seeing one as a later pick is usually a green light that means Orzhov is open. Orzhov players get access to some of the strong Dimir tools, like Grisly Spectacle, without having to be all in on a particular game plan.

Having multiple instances of extort on the battlefield at the same time massively increases the value of inexpensive cards off the top of your deck that might otherwise seem lackluster after the first few turns. I recommend jamming as many two- and three-mana spells into the Orzhov deck as possible. Orzhov decks with higher curves won't get as much use out of their extort cards. That being said, the Orzhov rares (and One Thousand Lashes) are very good and many of them are difficult splashes to the most-played guilds. That means you'll probably pick up some strong cards later than you should if the guild is open. I think this archetype may be overdrafted when the set launches, but being the only Orzhov drafter at a table is going to make things difficult for everyone else and will likely give you a winning deck.

I have the least experience with Dimir as of right now. It's going to be difficult to acquire all the tools you need to make a truly dedicated mill deck in Sealed or Draft, but the deck will be strong if you're able to corner the market (see what I did there?) on all the milling goodness while all the other players make each other's decks worse by fighting over the good aggressive cards.

I'm definitely going to be forcing Dimir in a few drafts this weekend in an effort to see if it's as good as I think it can be. In Sealed, I'm looking for Bane Alley Brokers and removal spells, and I'm likely playing Dimir with Orzhov for a better early game presence. If you're looking to build the mill deck in Sealed, you're going to need to get a little lucky with your opens, but I can see a strong Sealed mill deck being nigh unbeatable in the slower Sealed environment.

Grisly Spectacle is my favorite common for this archetype, but I wouldn't be opposed to taking a Keymaster Rogue to maximize my cipher capabilities. My favorite uncommon for Dimir is Bane Alley Broker.

Gruul is all about beefy monsters and sneaky tricks. It's extremely difficult to do combat math against Gruul decks because they almost always have pump spells. The range of bloodrush is so wide that it's hard to know what the pump spell is going to look like. Instant-speed removal is really strong against Gruul players because they will often make unfavorable attacks with the intention of bloodrushing. This gives you an opportunity to pick up a quick two-for-one with an instant-speed removal spell. When playing Gruul, try playing around this strategy by only making safe attacks into a player with mana open, then just cast more creatures to advance your board state and punish your opponent for wasting a turn trying to get a big advantage. The red battalion creatures work fairly well in the Gruul deck because of their synergy with bloodrush. Remember not to tap out every turn for bloodrush unless your opponent is losing the card-advantage war. You don't want to be left empty-handed with just one creature on the board when the opponent starts casting four- and five-mana creatures.

Bloodrush works well in Simic and Boros, and that makes Gruul a desirable splash. Remember this, and don't be afraid to pick up some middle-pick Gruul Guildgates when you're in one of these archetypes to leave your options open and give yourself a shot at some extra power.

My favorite Gruul commons are Mugging (Mugging is best if you have a battalion sub-theme), Pit Fight, Scab-Clan Charger, and Slaughterhorn. My favorite uncommon is Ghor-Clan Rampager, because either half of the card would easily be a first pick if it were on color and giving it the option to be either is just absurd.

Boros is extremely aggressive and it forces you to build your deck in a particular fashion. Creatures with haste, like Skyknight Legionnaire, can activate battalion as a surprise and will often throw opponents' math off while you establish an early advantage.

The Boros player will rarely want to trade creatures because it will make it much more difficult for him or her to trigger battalion; you can abuse this when playing against Boros by getting in a lot of free damage just by threatening bloodrush. (This type of strategy will only work against stronger opponents.) Battalion combos very nicely with bloodrush because favorable blocks will quickly take a turn for the worse. I believe Boros will often be paired with Gruul when built correctly.

My favorite common for Boros is Mugging and my favorite uncommon is Sunhome Guildmage, which is one of the stronger uncommons in the set. Sunhome Guildmage lets you win stalemates, easily trigger battalion, and alpha strike when necessary.

Simic is currently my favorite guild in Gatecrash Limited. There are a ton of good early picks here and the guild offers an awesome Plan B for Gruul or Dimir decks that didn't come together as planned in a given draft. The deck rewards having a high creature count, and having a high creature count in a Limited deck usually has positive correlation with winning. Drafting Simic encourage proper mulligans—hands with only one or two creatures have reasonable redraw value but can often end up being lackluster.

Remember to pay close attention to your mana curve when drafting a Simic deck. If you're able to tap out for a creature for a few turns in a row, your evolution should get out of hand and crush the opponent before he or she has an opportunity to stabilize. It's important to establish an early lead with Simic, because many of the evolve creatures end up being weak top decks after the first six or seven turns.

My favorite commons for the Simic deck are Drakewing Krasis, Scab-Clan Charger, and Slaughterhorn. My favorite uncommon for Simic is Zameck Guildmage or Crowned Ceratok, depending on the deck. With a lot of cheap creatures, I'd like the Guildmage as a mana sink, but with a reasonable amount of creatures that cost three or more I'd rather just Ceratok some people in the face.

Next week, we'll have a bunch of new Standard and Modern decklists with Gatecrash from Daily Events. Hopefully, this article has you amped and ready to go for this weekend's events. Don't miss your chance to be part of the action on Magic Online and test your skills against some of the most talented spellslingers in the world.