The Secret is Out

elcome to another week of Return to Ravnica previews here on DailyMTG. This week, I'm going to reveal one of the bread-and-butter Limited commons from Return to Ravnica. I'll spend a bit of time discussing the strengths of the card and the decks wherein it works especially well. Afterward, we'll take a look at the Magic Online Standard metagame. This week was especially exciting for Magic Online Standard players. Delver has remained the dominant Standard archetype since Magic 2013 was released on Magic Online. Delver could not, however, pull off the perfect season. What deck or decks put up better results than Delver? Keep reading to find out!

Ophidian was the best creature in Standard when I first started following competitive Magic. Players would bide time and set up empty boards to cast their Ophidians. The game basically ended once Ophidian started hitting the opponent. Cards like Counterspell and Forbid ensured that the stream of additional cards would be enough to prevent the opponent from escaping the prison.

Since then, we've seen a lot of Ophidian-style creatures printed. Three-mana creatures that let you draw cards when they connect have become a staple in both competitive and casual Magic. Cards like Ohran Viper, Cold-Eyed Selkie, and Scroll Thief have set the bar for creatures that attempt to make themselves into Phyrexian Arenas.

Return to Ravnica brings us a common Ophidian. Let's take a look at :

Stealer of Secrets is going to be a great skill tester in Return to Ravnica Limited. This card's power level ranges from "meh" to "byah" depending on your deck. For example, a deck filled with cheap flying creatures that doesn't have much removal probably won't even want to play with Stealer of Secrets—a random opponent is bound to have a bunch of inexpensive creatures that can act as roadblocks and make the three mana you invested look silly. However, an aggressive deck with a lot of cheap removal or bounce spells is going to be drooling at the sight of a sixth- or seventh-pick Stealer of Secrets. Your opponent will either be forced to race or be forced to leave back multiple blockers for Stealer of Secrets.

Keep an eye out for Stealer of Secrets at your Return to Ravnica Prerelease. Try to envision how games are going to play out with the sealed deck you're constructing. Then decide whether or not Stealer of Secrets deserves a spot in your deck.

Stealer of Secrets is a common, so you can often build a deck that takes special advantage of an Ophidian before you've even seen a single copy in the draft. You'll probably get at least one Stealer of Secrets if you're willing to take it early, and if you take all the cards that work well with it, you might find yourself with a nice stack of thieves. 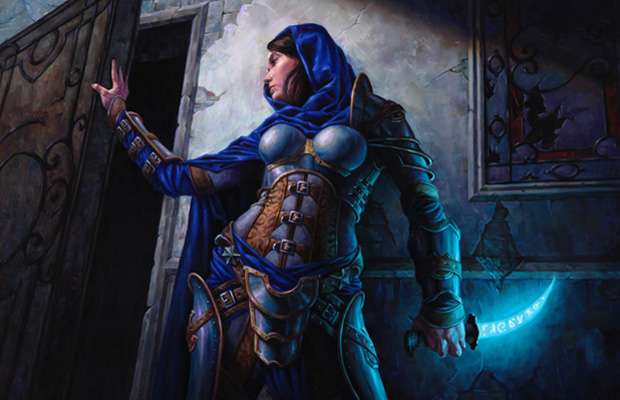 The curse is broken. This week, Delver severely underperformed. It's still the most-played deck, but Zombies is significantly outperforming the white-blue tempo monster. Here's a look at the breakdown of decks that went 4–0 in last Saturday's Daily Events:

Blue-Black Zombies was the big winner this week. This version of Zombies alone was responsible for five different players' 4–0 finishes. I've mentioned this deck a lot in the past, saying that its only real weakness was the Mono-Green Infect deck. The deck's strength is finally being realized.

Sai_2011's version of the deck has some fancy stuff going on. Havengul Lich makes its first appearance at 4–0 since I started writing this column, providing the pilot with untold amounts of card advantage and inevitability. The rest of the main deck is similar to versions of Blue-Black Zombies we've seen in previous weeks. Sai_2011's sideboard provides access to Melira, Sylvok Outcast, allowing the pilot to best infect decks unless he or she can find a pair of Gut Shots before going down to 4 life. Mimic Vat is a very powerful sideboard card here that works especially well with cards like Massacre Wurm and Blood Artist.

There's a new version of Zombies in town, and although it might have only been played by a single person, I think some version of this deck could become the strongest version of the archetype for the current metagame.

Thedarkestmage is essentially playing a Black Zombies deck that splashes for Falkenrath Aristocrat and Thragtusk; the deck seems like it has all the necessary angles needed to beat virtually any deck in the metagame. The sideboard seems like it was thrown together, but the numbers all look very solid. I should probably know who Thedarkestmage is, but I don't, and I'm really impressed with the deck-building skills that went into these numbers. I'd recommend playing this for the last couple weeks of Standard before Return to Ravnica gets released—the deck seems like a lot of fun and the red-green splash closes up all the holes in the mono-black versions of the deck.

This deck might not look like a normal Naya Pod list, but this is what we're starting to see a lot of on Magic Online. This deck seems to be leaning very hard on its Gavony Townships, which isn't a bad thing. The deck can keep hands with no non-Birds of Paradise/Avacyn's Pilgrim spells and still win the game very fast thanks to Gavony Township's power. Mikaeus, the Lunarch continues the theme of global pumping and gives this deck a lot of inevitability in creature mirrors. Four copies of Blade Splicer is a nightmare for any Zombies opponent, and being strong against Zombie decks is more important than ever.

After sideboarding, Manwiththeplan gets to become a Naya Bonfire deck by removing the Birthing Pods and adding an extra pair of Bonfire of the Damned. This might make the opponent sideboard in dead artifact removal. Three copies of Celestial Purge augment the Blade Splicers in the main deck and make this deck have an incredibly strong Zombies matchup. This is the perfect deck to play if you expect the Zombie apocalypse to continue.

4 Huntmaster of the Fells 2 Phyrexian Metamorph

Red-Green Aggro has lost a lot of its bad matchups recently. Control decks with Planeswalkers and board sweepers are becoming more rare and infect is significantly less on the radar than it has been in past weeks.

Kuoeric1983's Red-Green Aggro list seems really solid in the current metagame. Sword of Feast and Famine is extremely difficult for the Zombies deck to deal with. Most versions of Zombies are Blue-Black or Mono-Black right now and they have no way of getting the Sword off the table. Four copies of Bonfire of the Damned make all the creatures and Equipment better. This deck can go very big and it seems to be well positioned for the current setup of the metagame. The deck is favorable against Delver when it wins the die roll and probably a slight dog when it loses. Chaining Strangleroot Geists is still a very powerful strategy and it's nice to see people doing that again. I'd play this deck if I expected a mix of Zombies and Delver in the coming week.

I was pretty surprised when I saw the undefeated White-Black Tokens deck from this week's events. Voidstalker's list brings a lot of new and interesting cards to the table and I'm excited to see if this deck can stand up to the test of time. Sublime Archangel threatens to kill an opponent all at once and it makes a back-and-forth race absolutely impossible against a board flooded with tokens. Sorin, Lord of Innistrad is finally seeing some much-deserved play. Blade Splicer is strong against Zombies and provides a very respectable amount of power for the cost. Entreat the Angels functions as an "oops I win" in most situations. This deck seems very good against anyone who isn't trying to cast Bonfire of the Damned. Lingering Souls is great against Delver and provides a huge amount of power in a deck like this.

Voidstalker even has a pair of Day of Judgments in the main deck; these allow the pilot to play something like Intangible Virtue on turn two, Honor of the Pure on turn three, then follow it up with a haymaker Day of Judgment that the opponent will never see coming. I'd recommend a deck like this if you're interested in trying something very new and exciting. 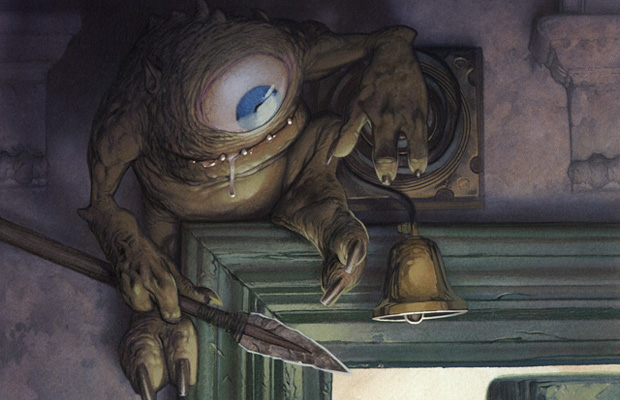 Blue-Black Zombies seems to be the deck to beat right now. Many players will continue playing Delver because they're comfortable with it, but the field seems much safer for decks, like Infect, that might have been preyed upon by Delver in the past. I'd recommend including a few copies of Sword of Feast and Famine and/or Celestial Purge in the coming week; there's a lot of Zombies, and those cards are the best ways to deal with them.

I would probably play something like Thedarkestmage's Zombie list if I were playing in an event this weekend. The deck has answers to cards like Sword of Feast and Famine and, between the main deck and sideboard, it gives me access to all the most powerful Birthing Pod targets.

Stealer of Secrets is going to be an interesting and exciting part of Return to Ravnica Limited that will shape how you build your draft and sealed decks in the coming months. Return to Ravnica is already shaping up to be one of the most powerful sets ever printed. Join me in the coming weeks for another preview and some in-depth analysis on the Magic Online scene and its approach to Return to Ravnica both in Limited and Constructed!