elcome back to Perilous Research, DailyMTG.com's exclusive Magic Online column. This week, I'd like to take a look at the major players in Standard and discuss their positioning in the current format. Standard has gone through some big changes over the last week. It's important to understand the implications of the new breed of control decks and the rise of Domri Rade if we want to perform optimally at upcoming Standard events. 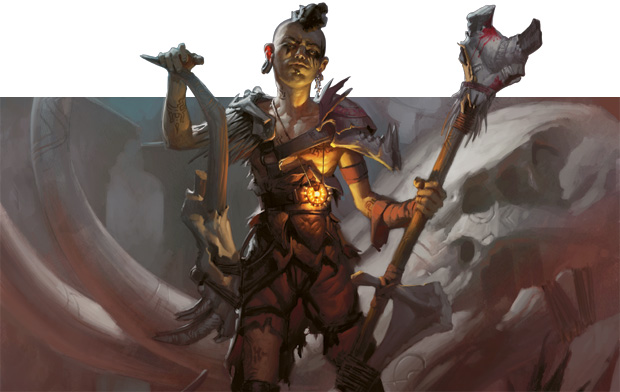 Let's start by taking a look at the newest control decks:

Two weeks ago, Red-White-Blue Control strategies were, without any doubt, the best control decks. Since then, the rise of classic White-Blue Flash strategies has dramatically affected the power of these decks. Red-White-Blue decks used to be able to fill their deck with Assemble the Legion and, in some cases, Geist of Saint Traft to easily overpower enemy control strategies. However, the White-Blue Flash deck has access to a few copies of Renounce the Guilds in addition to a suite of permission spells that outperforms the countermagic of the less-dedicated control decks. The Red-White-Blue deck has adapted to look more like its White-Blue cousin. We're not seeing Boros Reckoner anymore, the deck is packing more countermagic, and multicolor permanents have made an exit from the main deck entirely in favor of stronger control elements. Control matchups are no longer a time to jam Assemble the Legions. Instead, the new breed of Red-White-Blue decks looks to win control matchups with Ætherling/Cavern of Souls or well-timed burn following up Restoration Angel aggression. This new iteration of Red-White-Blue Control looks like it's well positioned to be the new control deck of choice.

White-Blue Flash may seem like a dinosaur. The deck was a dominant force in Standard early last November, but its viability waned when everyone started playing Cavern of Souls and it received a few nails in the coffin out of Gatecrash in the form of Obzedat, Ghost Council and Assemble the Legion. Falkenrath Aristocrat became a format staple once Act 2 became popular and White-Blue Flash was the furthest thing from what I'd expect a new tier-one deck to look like. Fortunately, Renounce the Guilds goes a long way to solving all of these problems. The deck is, once again, well positioned against a field of control decks that don't play the control game as hard and aggressive decks that eschew Voice of Resurgence for two-drops that are easily cast off of Burning-Tree Emissary. This deck's success has sparked a rise in power for Voice of Resurgence decks. The deck seems like a very dedicated control deck but it has the ability to close games quickly once it gets control, especially if it's able to find the Runechanter's Pike. Renounce the Guilds gives the deck access to inexpensive removal that wouldn't be found in blue or white otherwise. I've been playing a great deal of this deck online over the last week. I'm confident in its current metagame positioning, but I fear it may not be in the best place once Voice of Resurgence is being played by more decks.

Esper decks prey on the other control strategies using the inevitability of Nephalia Drownyard. The deck pressures Planeswalkers with Lingering Souls, but the low creature count lets the deck pack a full four copies of Supreme Verdict, so it can repeatedly wipe the board against the heavy creature decks. Aggressive strategies have been slowing down in favor of power and it seems like the Esper deck is well positioned again, given the current state of affairs. The deck still has trouble with most Unburial Rites decks, but those have been waning a bit in popularity. I expect the Unburial Rites decks to have a bit of a resurgence in the coming weeks, which could hurt the Esper deck, but, at least for the coming week, this is one of the better decks in Standard.

Control decks have evolved significantly over the last two weeks. The midrange decks have also undergone a pretty significant shift, though.

4 Advent of the Wurm 1 Garruk Relentless 2 Sorin, Lord of Innistrad

Junk Tokens is another dinosaur of a deck that's beginning to make a comeback. The format seems to be in a similar place to where it was last November, when White-Blue Flash and Junk Tokens first started to make waves. The deck easily overpowers other creature decks and forces control strategies to chain Supreme Verdicts or Terminus. This deck's viability hinges heavily on the fact that no one seems to be playing Mizzium Mortars or Bonfire of the Damned in the current environment. Jund has seen a significant decline over the last week and the Naya decks seem to be jamming more charms and fewer Bonfire of the Damned and Mizzium Mortars. I could see a shift happening where these decks adapt. Domri Rade is very strong, but he's not the best against the Lingering Souls decks, and it seems like the Naya strategies could easily sideboard out their Domri Rade in favor of Bonfire of the Damned.

Unburial Rites decks are finally starting to wane a bit in popularity. The deck still performs well and we're beginning to see the deck adapt to a more control-based metagame. Sin Collector makes its way back into the main deck and Acidic Slime has become a staple. Fiend Hunter can target Acidic Slime against the control decks, making their Supreme Verdict come at a cost. Avacyn's Pilgrim and Arbor Elf allow the deck to start chaining Acidic Slimes early, neutering control decks. The deck can still be a powerhouse against aggressive decks after sideboarding, but without lingering souls in the main deck the Junk Rites deck can get easily ran over by the most aggressive decks in game one.

2 Advent of the Wurm 2 Selesnya Charm

Midrange Naya strategies have made a huge splash over the last two weeks. The deck has tremendous board presence against the decks without a board sweeper and Voice of Resurgence and Domri Rade give the deck a lot of resilience against the control decks. The deck easily goes over the top of most other creature decks. There are still a lot of lists floating around for this archetype and it's unclear what iteration we should be testing against. Versions of the deck with main-deck Mizzium Mortars over some number of Domri Rade play much differently than their counterparts. This deck is likely to be a major player in the coming weeks and it will be important to test against multiple versions of this deck, especially if you're playing a midrange or aggressive deck.

Jund is getting cornered as of late. The deck can adapt and change for any format, but the current diversity the format is presenting to the deck makes it hard to address all the problems. It's very hard to build a Jund deck that has a strongly favorable matchup against the control strategies and the aggressive strategies. Liliana of the Veil is an extremely powerful card, but the amount of Lingering Souls and Doomed Travelers in the format definitely take some away a lot of her strength as a main-deck consideration. The deck lacks the Sphinx's Revelation–type card to find precisely the iteration of cards it need for a situation. Each matchup is very draw dependent. For example, a hand full of cheap spot removal with an Olivia Voldaren at the top end is sure to crush the creature decks, but stands very little chance of beating Red-White-Blue control.

The aggressive decks seem to have shifted slightly to improve their game plan against the new control decks. These decks are well-oiled machines designed to reduce the opponent's life total from 20 to 0 as fast as possible. Aggressive decks are difficult to tune without taking away at least some of their speed.

2 Advent of the Wurm 2 Boros Charm

Many aggressive Naya players have given up on Burning-Tree Emissary in favor of Voice of Resurgence and Strangleroot Geist due to the high number of Supreme Verdicts in the current metagame. These decks maintain a strong aggressive game plan, but they continue to punch just as hard the turn after they get hit by Supreme Verdict.

Aggressive Gruul decks continue to be the top-performing aggro decks in Standard. Hellrider is strong against Planeswalkers and Lingering Souls and is one of the best positioned aggressive cards right now. The decks that don't pack enough removal find themselves dead before they've had a chance to make any notable board presence.

Be prepared to deal with a lot of Supreme Verdicts and not a lot of Bonfire of the Damneds or Mizzium Mortars this coming weekend. Don't bring too much spot removal to the table if you're not playing Sphinx's Revelation. The next week is going to be a big one for Standard even though there aren't many major events. Stay tuned for next week's article, where I'll analyze how the dust has settled in the wake of Standard's shift.