hat is the spirit of Commander? 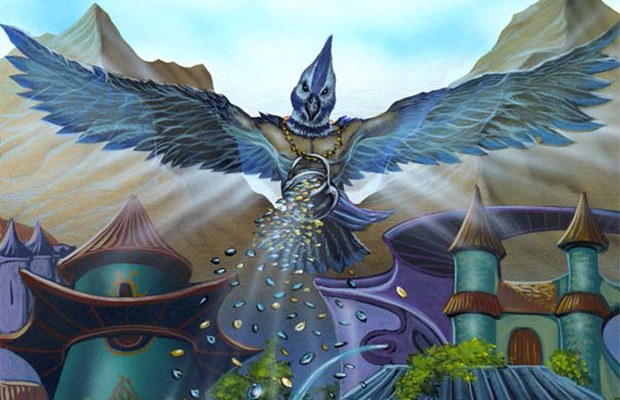 Pro Tour Historian, coverage commentator, weekly author, and game designer Brian David-Marshall has been a bit busy and under the weather recently, so I'll have to play devil's advocate on his behalf around this cryptic argument.

I run a Commander League at my local store. I have put some thought into this topic. From the folks at mtgcommander.net: "Commander is designed first and foremost for social players." This is the essence of the game, and I believe it means that all players at the table have a chance to have their decks fairly compete. Destroying lands (Armageddon), destroying mana production (Blood Moon, Winter Orb), and preventing spells from being cast (Iona) (counterspells are fine) are all effects that are frowned upon. Any deck that "does what it does" while still allowing other decks to "do what they do" is living in the spirit of Commander. Mono- and multicolor decks alike can equally live up to this philosophy or ignore it. I embrace the monocolored deck into the Commander fold. It is the player who needs to live up to the Commander philosophy, not the deck.

One of my favorite Commander decks of all time was a three-counterspell-packing copy deck I took to Worlds 2011. Copying other players naturally kept my deck's power closer to theirs, and when you get to cast Rite of Replication kicked on someone else's Solemn Simulacrum you know what "value" feels like. Swapping copying for Sphinxes sounds like it worked out for Max just fine.

Narrow. Restricted. Focused. Monocolored commanders add additional strain to building the right kind of deck. If Commander is meant to be a restrictive format, going monocolored is one way to challenge yourself further. And we all know how restrictions breed Commander creativity.

Break Me Shake Me