What Did You Think Was Going to Happen? 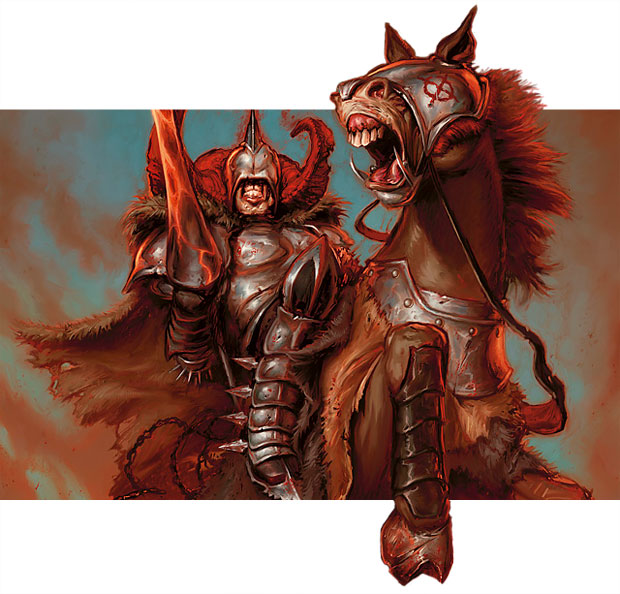 few years ago, when Planar Chaos was the new set, I liked a card that went on to have a reasonably impressive career (Pro Tour Top 8 and so on), Blood Knight. I went so far as to say that "Basically [Blood Knight was] the best ever two drop in a Red Deck."

You can analyze this statement from a number of different angles in order to find the one that will give you the most purchase to disagree (if in fact it is your objective to disagree). For example, is a Goblin deck a "Red Deck" proper? Because Blood Knight would not be able to compete with say a Goblin Piledriver (or even a Mogg War Marshal) in a Goblin deck, it would not be the best ever two-drop; ditto on a Greater Gargadon–based deck. Mogg War Marshal is much more impressive in that kind of a deck due to its ability to hold off other aggressive decks while setting up the Gargadon with almost peerless mana efficiency.

Red Deck big brain Dan Paskins took a different road when responding to this statement. He didn't try to bend around definitions or in any way split hairs. Dan offered what he considered to be a practical and good faith alternative: 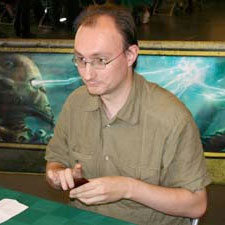 The clear best two drop in the history of Red decks is Ironclaw Orcs. Ironclaw Orcs taught people that Red decks were good, and why they were good. Their contribution to Magic theory and their record in winning tournaments puts them way ahead of the competition.

If Blood Knight makes half as many Worlds or Nationals top 8s as Ironclaw Orcs did, then it will have done very well indeed.

What an interesting counter-argument!

Forgetting about the fact that if Blood Knight had been available to Red Decks in the days that they were willing to let the sub-Balduvian BearsIronclaw Orcs wave their banners into the Red Zone I decided to ponder what the Ironclaw Orcs really meant.

If you think about it, Ironclaw Orcs was the harbinger for things to come. I don't think that many games of Magic have ever been decided by an Ironclaw Orcs, but I would be willing to wager that a great many successfully won red campaigns began with a second-turn 2/2 followed by a third turn attack for that and more. The reason is that Ironclaw Orcs was not itself THE threat, but instead the prelude. Sure, theoretically an uncontested Ironclaw Orcs would kill you in ten swings, but everyone knows that the Ironclaw's job was to soften the opponent up and make Fireblast look good.

In the beginning, he was probably a joke; Ironclaw Orcs probably drew a snicker from cocky White-Blue Millstone players; ditto on Necropotence players who considered themselves ahead of the curve ... You know, the guys where were complaining to their small circle of friends after the round about how they should never have lost to a random burn deck.

A few months into its reputation, Ironclaw Orcs would have meant something very different. Like an apocalyptic rider from the final book of the Bible, Ironclaw Orcs in just a slightly more mature tournament universe would have been a harbinger for some very specific—and terrible—things to come.

Now there is a big difference between just winning a game of Magic and ruining your opponent's day, but Ironclaw Orcs went a long way in lacing the one to the other. Here was this basically terrible card, paintbrush in hand, slapping that writing on the wall as it marched across the Red Zone for two. Ironclaw Orcs gave the opponent the opportunity to start the gears turning in his head, and plan, but ultimately, it generally meant nothing. Because dealing with the Ironclaw Orcs was not the same thing as dealing with the ultimate problem. Ironclaw Orcs challenged, took little chunks of life away, but enough that when Fireblast appeared, that was it.

Today's preview card reminds me of the classic Ironclaw Orcs—Paskins's pick for the best red two-drop in a game defined by great two-drops—and in all the most flattering ways: 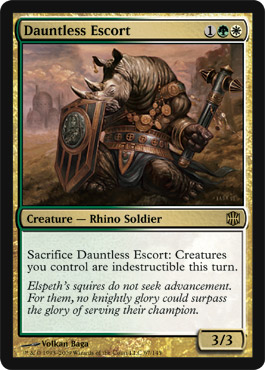 It might strike you as odd that the card that Dauntless Escort most reminds me of is Ironclaw Orcs.

For example, Ironclaw Orcs is a 2/2 for two mana, whereas Dauntless Escort is a 3/3 for three mana; between two cards in three colors, the pair share not one colored mana symbol.

So what makes these two so alike?

They are both challenging windows into the opponent's future.

Ironclaw Orcs was not in and of itself "a good card" even in its era. There is no two ways about it; the Orcs was sub-Grizzly Bears in a world with pretty good two-drops already (Order of the White Shield, Black Knight, and so on). But in its deck, there was no one else like Ironclaw Orcs. Ironclaw Orcs was glue. It made sure that turn one bridged into turn three, and the 4 or 6 damage that it dealt before being inevitably outclassed was important in the same way that a good point guard might not put up the most baskets, but keeps the ball moving and often passes to the star center. And Ironclaw Orcs was the Silver Surfer to Fireblast's Galactus. The real threat is coming. What are you going to do about it? 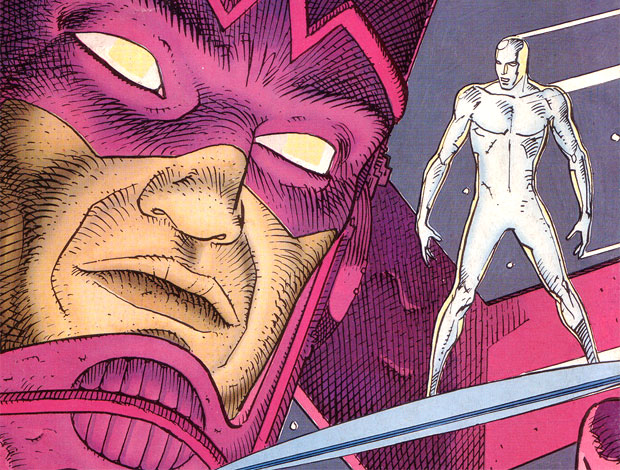 Especially in the beginning, player might have let Ironclaw Orcs in and tried to figure a way at card advantage, or putting a big body like Erhnam Djinn in its way. These players would take 6 points and be surprised when they fell just low enough for a three-card combo (you know, the combination of whatever three cards were in the Red Deck player's hands). What did you think was going to happen?

Dauntless Escort may not be a neon sign advertising Fireblast insurance, but for many opponents, it should serve as both notice and challenge.

Dauntless Escort may not be glue, but it is stitches.

Ironclaw Orcs challenged. Yes, you would at least superficially have to deal with the 2/2, but the greater issue was how you would plan ahead to stay above 14—the dreaded life total where you could be smoked by Incinerate, Incinerate, Fireblast, Fireblast.

Dauntless Escort will challenge. A 3/3 for three mana is not something you can just ignore. But at the same time it will ask the opponent a question: Can you really deal with what is going to happen next? Firespout? Wrath of God? It will take at least one more card before those really matter. You've gotten lazy, control player. You really should have planned ahead. Attack you! What did you think was going to happen? 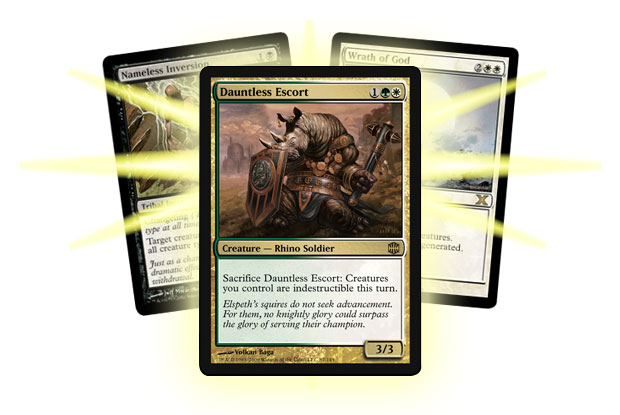 Now you may be shrugging and shaking your head in your seat, thinking that you will just play a Nameless Inversion first, take out the Escort, and then your Wrath will still be good ... And you might be right. But under pressure? We both know that beatdown decks would have never won a match against the much more prepared and card advantageous control decks—ever, throughout the long history of Magic—if not for pressure, if not for control decks not having exactly what they need exactly every time they need whatever that is.

And Dauntless Escort is itself 3 more points of pressure.

It should be clear at this point that I feel like Dauntless Escort will excel most as Wrath of God defense. The creative team probably thought so too, given the name. "Dauntless" is a flashy name, like a ship right out of Pirates of the Caribbean: Curse of the Black Pearl. It is just fitting that the flash be set to meet the flashiest of Standard strategies: "Kill everything." The "Escort" half implies that this Rhino Soldier is around to keep someone else alive, almost reminiscent of a bodyguard. His job is to run interference, even if it costs him his life. At this point, I'm actually imagining him in a crowd. He is fast enough—being three mana to Wrath of God's four—that he can appear to pre-empt the Wrath, justifying what would otherwise be considered overextension in the face of certain card advantage. 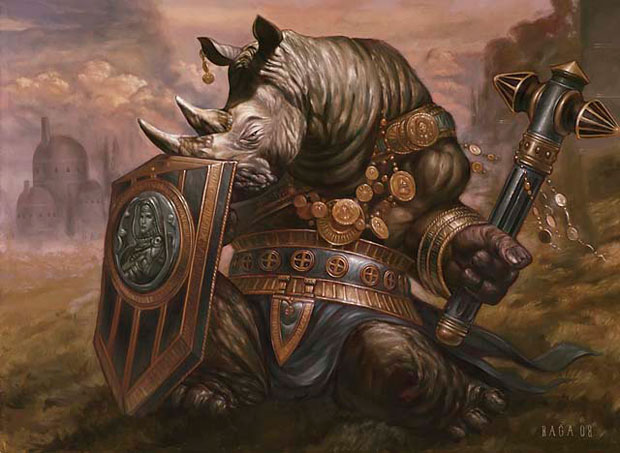 But for all its fancy name and flashy Wrath of God defense, that is not all that this Rhino is up to. For instance, Dauntless Escort should probably be impressive in the violent weeds of man-to-man action. When you are the guy with the Escort, not only do you have a free shot at one of the opponent's X/3 creatures (trading with value), you get to control the tenor of all gang violence. You get to pick when lots of (presumably his) guys die. With sufficient mass on the board, you can make attacking impossible, removing a good deal of your risk in materiel (but the Escort himself).

That is, given relatively equal forces, the opponent can't really attack you unless he plans to lose most of his forces in exchange for one 3/3 only.

It could easily have been worded that creatures you control become indestructible until the end of turn (or some similar), but that would have slightly different functionality. Do you see it? You can gain a creature at some point in the turn after the Dauntless Escort has been laid to rest (say via instant-speed token generation, or a Vedalken Shackles–type effect) and that creature, too, would be indestructible even though you didn't control it when the Escort used its ability. Probably a bit of a corner case, but cool when it comes up; you can upgrade a trick from a trade to a trump.

The indestructible clause that applies to you can fall away just as easily. Let's revisit the Vedalken Shackles example. You can block the opponent's Venser, Shaper Savant with your indestructible Gaddock Teeg and have your legendary creature eat his legendary creature. Then when the opponent grabs Teeg with Shackles post-combat you can smile (or in this case cringe, actually) and remind him that there are 2 points of damage on that now not-invulnerable 2/2. 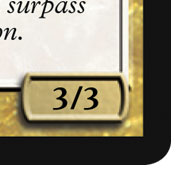 Now you may have heard shadowy whispers of elite players conceding when their Damnation were dashed by a Cauldron Haze, their Firespout foiled by a Wrap in Vigor ... but consider one other small thing about this card: It's a 3/3 for three. That's right—Dauntless Escort is just a good body that can beat up the opponent (or hold down the fort) all by itself. It is not just a defensive card. Much like Ironclaw Orcs before it, the Escort might not be likely to end the game by itself exactly, but it will be more than willing to soften up the enemy for the stone cold killer still waiting on top of your deck.