ou wish to know of the legends of Kamigawa?" The soratami scroll-keeper leans forward, peering at you through silvery rimmed spectacles. "Normally, I'd have turned you away at the door," says the soratami, smiling humorlessly, "but you've made me an offer I can't refuse. I would see this rare flower you claim to possess. As you can see, I am a collector of many things." He gestures to an elegantly carved cherrywood rack standing against the wall behind him upon which sit fabulous trinkets of all descriptions. "Most of my kind have little need for the artifacts of those who dwell beneath the clouds. You might say I'm a rare exception." Reaching down to a long drawer at his feet, he pulls out a dusty scroll and spreads it on the table before you. The yellowed paper is covered in the delicate cursive whorls of an ancient script...

Hello, this is Alex, of the Magic creative text writing team, also known as "that guy who wrote Tallowisp with one 'w'," here to talk a bit about the cultural background that inspired the world of Kamigawa. As Western fairytales and mythology have their Brothers Grimm and Bullfinch, Japan, too, has a long history of recorders who penned down the stories that were being told about the kami and the many strange and wondrous creatures who seem to live half in this world and half in the other. In fact, the word for "mythology" in Japanese is shinwa--literally "kami stories," and there are a whole lot of them out there, as Anthony Alongi wrote in his recent article on the topic. Now, Magic certainly isn't the first game to dip its honor-worn shaku into the rich cornucopia of mythology and tradition that Japan has to offer, but it's definitely one of the best, and it dips very, very deep. In fact, there's so much to talk about, I wouldn't be able to fit it all in an article written in a traditional form, so, without further ado, here are some glimpses behind the veil, presented in easily digestible bite-size chunks. Bon appetit! 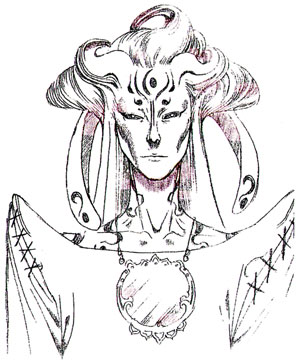 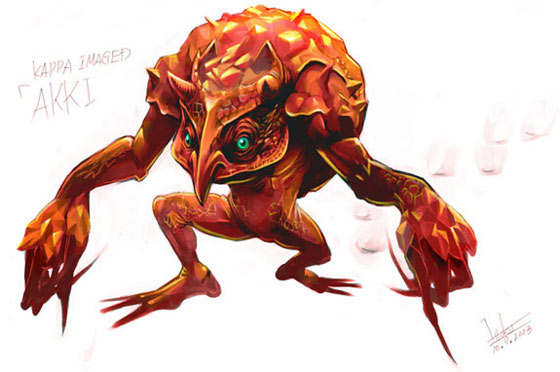 The soratami hastily scoops up the scroll from before your eyes, sending up a cloud of dust. "You have lingered here long enough, land-walker, and seen more than I intended to show." He rolls the scroll with long, slender fingers, tying it with a golden cord and returning it to the long drawer at his feet. "Now, before I let you go, show me this exotic bloom you say you have brought for me, for I much desire to see it. Show me this black lotus..."