Twitter is a pretty chaotic place, with millions of users, billions of tweets, and conversations, memes, and trending topics appearing and vanishing in minutes. What if you could bring some of that chaos to your casual Magic game? This weekend, we're going to find out.

It's called TweetMTG, and it's happening all this weekend on the @TweetMTG Twitter feed. You can check out the complete rules for more, but here's a last-minute recap:

That's all it takes to get in on the action. And if you've got any fun stories from your Tweet MTG games, we'd love to hear them—where else?—on Twitter! 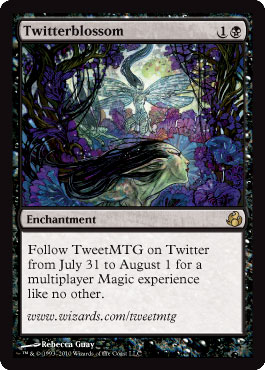