hen I was caught stealing from the magister's study, I was given two choices. I could join the noble Akroan soldiers, or I could be executed. The magister must have been a wicked man, I thought, for he was sentencing me to death—I just got to choose the timetable.

It's true, I wouldn't have necessarily died in combat, but then the Nyxborn stabbed into my torso, its six sharp claws clenched into my body. My spear had been knocked from my hand and the strange creature that was centaur and kraken and spider threw me over my fellow soldiers into the sealed gates behind. I lay on the ground, my helmet turned and blocking some of my vision, unable to breathe. I might not have been destined to die in combat, but the Fates would be severing my thread just the same.

Even as a young thief outside of the academies, you learned about the great heroes. How could you not? Their legends were always on the lips of travelers and soldiers eager to bask in the glory of great accomplishments, as if telling a story made them a part of it. All my life, I have heard of heroes like the brave Vinack, who felled a cyclops by reflecting the sun off his bracers into its massive eye, distracting it while he rammed a spear through its belly. I remember the exploits of Aesrias, the hero of Iroas, who knocked out the heads of a savage hydra so they would not multiply. Even today, there are whispers of great champions. Some speak of Solon, the man who braved a labyrinth to retrieve Dekella, the bident of Thassa, while others honor King Kedarick VI of Iretis, who ripped out his own eyes so he wouldn't see his wife and son murdered by treacherous leonin.

It wasn't difficult to see how these stories shaped the people, regardless of their truth. But they gave people something to believe in. They gave me, a poor orphan thief, something to strive for. As a thief, I pretended I was the king of the thieves, that my ordeal of liberating the coins of the evil merchant or braving the dangerous dungeon of the inn's storeroom would one day be the stories of my origins. The other orphans of the alleys laughed at me, but I didn't care. I knew I would one day be a living myth, a testament to the ages.

Everyone knows the stories of Kytheon Iora and his irregulars, but no one remembers their names outside of their leader. These were the thoughts that would pass through my mind as I huddled for warmth under discarded cloth as it rained. It wasn't just the nobles who ignored me when they passed by, noses held high, but even the workers, or those who had little to spare, wouldn't dare look down on me. I resolved in my time on the streets that I wouldn't be ignored. I would be a legend and wouldn't give others the choice to ignore me. I would be greater than Kytheon.

When I became a soldier I knew that my real story had begun. I was given the chance to improve my station and rise through the ranks to greatness. But I quickly learned I didn't know as much as I liked to believe. I was not yet an adult, although, having lived on my own, I considered myself one. But my instructors quickly remedied me of that delusion. Although I had only used a crude dagger to protect myself once or twice from the more violent alleyfolk, I had never used a sword. I was as surprised as they when I proved to be an excellent fighter, easily besting the others in my class and, once, the instructor. I got in a lucky strike, but the snickering of the class showed they didn't see it that way. As I improved, I saw the others stay behind. In a few months, I was to become an officer with a contingent of my own.

I found myself walking the streets and passing by those who were in my past position, starving in the shadows of an alley, but I almost instantly found myself not caring.

The Nyxborn were attacking. At least, this was the word from the wall. I was stationed in the city and, I'm ashamed to admit, I had yet to see real conflict. Although I could easily pass off as a hero to the locals, I was less convincing to my soldiers and unable to hide this from my superiors. I had ended several Returned and my company had outnumbered three minotaur a few months before, but that was the only legend I could claim. Then, as we rushed to the gate, I was excited, ready to enter the fray.

They were approaching from the north, which would place them on the bridge. We would meet them on the bridge and create a choke point, instructing the guards to close the doors behind us, echoing the tactics used by Kytheon Iora and his irregulars when they fought the cyclops at Akros. But even the most elaborate retellings didn't paint the cyclops as terrifying as the Nyxborn before us.

They were not just one monster. They were all sorts of creatures. Some looked human. Others like satyr. I could make out the heads of hydras and the claws of chimera. They were unified only in that they all had skin that shimmered of the night's sky, the trait we had come to know of the messengers of the gods. Why did the gods attack us now? Why did they send us their emissaries only to turn them against us? This was not an impassive act of negligence, nor a force of nature. These were agents of the gods sent to do their bidding.

It was then that I realized the error in my judgment. In my foolishness, I wanted someone to misremember the glory of my actions, to repeat my feats and try to pass them off as their own. I had rushed into a fight against an army of unknown size and strength with only seven other soldiers.

We held the line in a phalanx formation. We made a wall of shields, some kneeling while I and the remaining soldiers stood, all attacking the Nyxborn. The tactic worked beautifully. We held our ground. We did not need to kill the Nyxborn but simply knock them off the edge, sending them to their deaths. 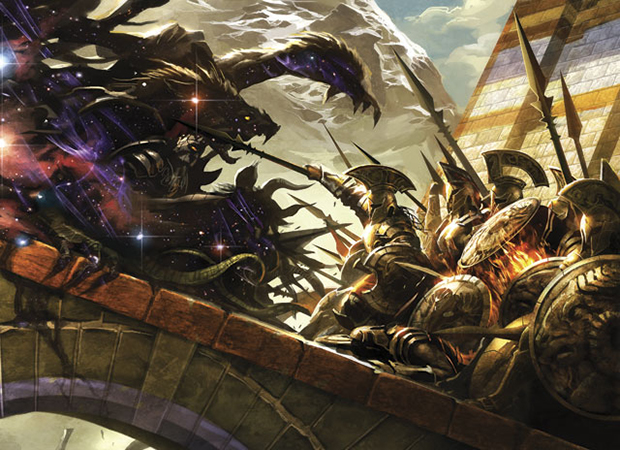 Yet, some men fell. Reinforcements arrived and the guards sealed the gates behind them, but my relief at the sight of new soldiers quickly faded when I saw the same inexperienced fighters I had passed up in training. These were the weakest of my class. My superiors had either run out of soldiers fighting other fronts or meant us all to die there. As I kept fighting, jabbing a Nyxborn minotaur over the side, I knew I had to survive. I did not want to be lost in a story, a nameless entity to be a background character in someone else's epic. I could not fall there, although if I did I needed to die last, spectacularly, so I would be the one remembered. My name needed to be spoken by those trying to pass off the weight of my legend as their own.

We kept fighting until there were no reinforcements left. It was then that I—an officer who had brought herself out of the gutter—was grabbed by the claw of a Nyxborn, stabbing me six times in the process, and thrown like a child's toy against the gates that didn't open.

You never get a true sense of the hero from the poets. In the Theriad,the brave soldiers relish battle without giving death or dying a second thought. But in actual combat, outside of the perverse reverence of it, there is a moment of reality that sinks in when a soldier is faced with death. A poet never sees it. They write sitting on pillows, drinking wine. A soldier sees that moment and either dies or survives—and then must quickly forget, lest that true moment of death breaks her.

I saw that moment, unable to take in deep breaths due to the pain. I realized the pursuit of fame and fortune was pointless. I knew this because I did not even see Erebos, lording over the battle, having picked me out as his mortal nemesis. Athreos, the guide of the dead, was nowhere to be seen, my passing not even worth his attendance.

And then, as the last soldier fell, the Nyxborn retreated. What cruel joke was this? My soldiers' rent carcasses on the bridge and in the chasm below, and for what purpose? Moments passed, but possibly hours, but probably seconds, and the gates reopened, the swinging door pushing my body carelessly to the side. Two clerics ran out, a man and a woman, with two very shaky guards. They began to triage the wounded. I was unable to speak, prone on the ground, losing consciousness, as all faded into blackness.

I was turned over, my helmet removed. The man began to remove my armor and the woman took out a small dagger. Before I protested, not that I could, she stabbed me in the chest and guided a hollow reed into the wound. Suddenly, I could breathe again. The man used magic, his hands glowing white hot over my other wounds, and I could feel them healing. The woman coached me to breathe as she covered and uncovered the end of the reed as I did. Eventually, more clerics arrived and they placed me on a cart, the woman in the back still talking to me as they rushed me to a Pharikan temple. 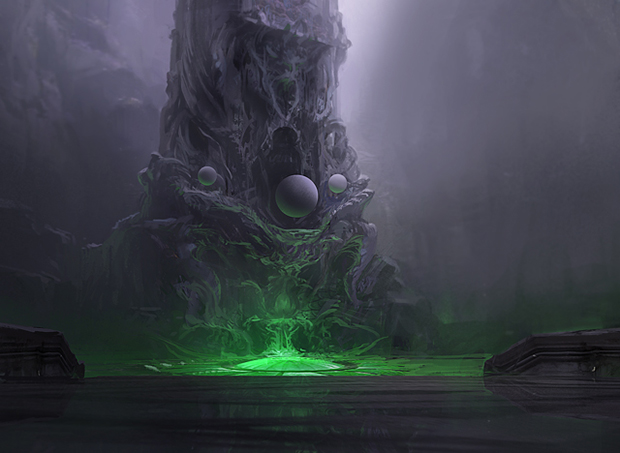 She talked about how what I had done was heroic, but she didn't know I had led my soldiers into a slaughter, and that even if I had fought more intelligently, that battle was pointless in the end.

Maybe it was better not to be a hero, to be in the background, not trying to make myself into something I was not. 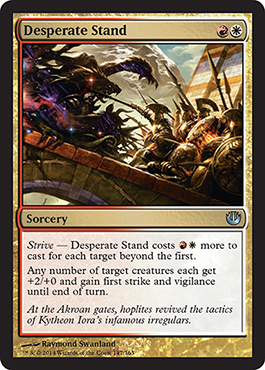