For a week that contains no Grand Prix or Pro Tour, there sure is a lot of Magic you can watch over the next few days! Let's dive right in. The 2014 Community Team is in the building, and they're here to ensure that Team Wizards has some fresh victims does not succeed in their pursuit of the Community Cup trophy. The next three days will feature plenty of excitement and wacky moments, plenty of flavor judging courtesy of today's Ironroot Chef competition, and a whole lot more.

The action all starts today at 10 a.m. PT/5 p.m. GMT on Twitch.TV/Magic, with three rounds of Vintage Masters Booster Draft followed by the building, playing, and judging of the Ironroot Chef competition. The second day of Community vs. Wizards brawling begins at the same time.

Be sure to tune in Sunday at 10 a.m. PT/5 p.m. GMT as well to get a first glimpse of Khans of Tarkir in action, as the eight Community Team members face off in a single-elimination Khans of Tarkir Prerelease event! 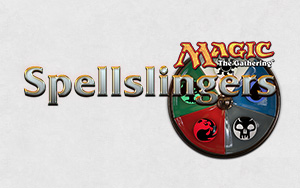 Professional gamer and 2014 Magic Online Community Cup competitor Sean "Day[9]" Plott is back with the fifth episode of Spellslingers Season 2! This week, he squares off against Joshua Ovenshire, host and producer of Smosh Games!

Will Sean be able to overcome Ovenshire in this week's duel? Find out today! 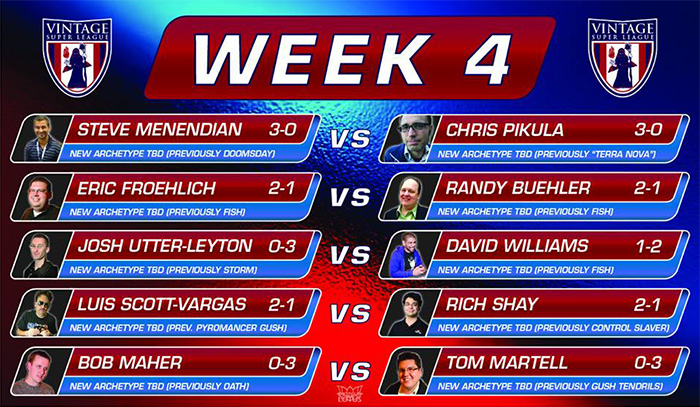 The Vintage Super League, hosted by Hall of Famer Randy Buehler, moves into its fourth week of round-robin competition! After battling with their Vintage deck choices for the past three weeks, the ten competitors now have the option to change decks if they would like, breathing some fresh air into this wide open and wild format.

Currently leading the pack is Chris "Meddling Mage" Pikula and 2007 Vintage Champion Stephen Menendian with 3–0 records. However, with six weeks to go before the cut to the Top 4, anything can happen!

You can catch Week 4 of the Vintage Super League on Tuesday at 7 p.m. PT/2 a.m. GMT on Twitch.TV/Magic. 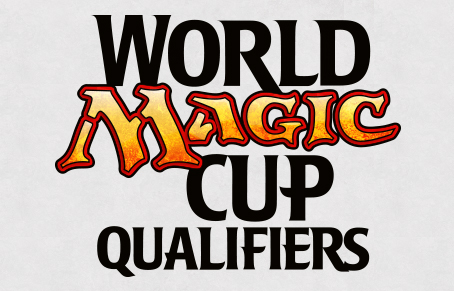 The third and final round of the 2014 World Magic Cup Qualifiers takes place this weekend. The United States will feature live video coverage all weekend long, starting with the Magic 2015 Limited Pro Tour Qualifier on Saturday, and the US WMCQ on Sunday.

You can catch all the action at Card Titan's Twitch.TV page. Start-time for coverage is around noon ET/4 p.m. GMT on both days.

The StarCityGames.com Open Series makes one last stop before a one-week break for the Khans of Tarkir Prerelease. Catch all the latest action from Atlanta's Standard tournament on Saturday and Legacy tournament on Sunday.