e step away from Ravnica for a moment for a factoid from long ago.

The land of Jamuraa, the setting of the Mirage block, was ruled by three powerful nations: the militaristic Zhalfirins, the faithful Femeref, and the traders of the Suq'Ata empire -- each a splinter group of the Zhalfir kingdom that once dominated the entire continent.

Many elements of Zhalfirin culture show up in cards from the Mirage block (Ancestral Memories, Bay Falcon, Dread Specter, Femeref Archer, Zhalfirin Crusader). It's clear that Zhalfirins ruled through a combination of religious zealotry and military might.

The Visions card Triangle of War represents a Zhalfirin symbol of war.

"The Zhalfirin war triangle represents a trinity of might, faith, and guile." 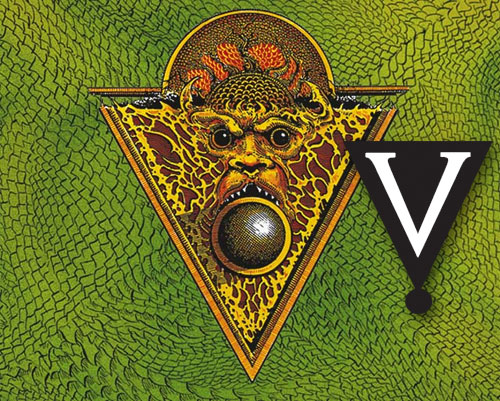 Triangle of War by Ian Miller, and the Visions expansion symbol

For more on the Zhalfirin triangle of war, check out the flavor text of Zhalfirin Knight (which is a quote from "The Love Song of Night and Day"). And does the triangle also show up in the art of Lion's Eye Diamond?