The art of the Weatherlight set has a few cards that tell a little story across two pieces of art. The art of Argivian Find shows a relic hunter digging up an idol made of jade, likely an artifact left over from the time of the ancient artificer civilization of the Thran. 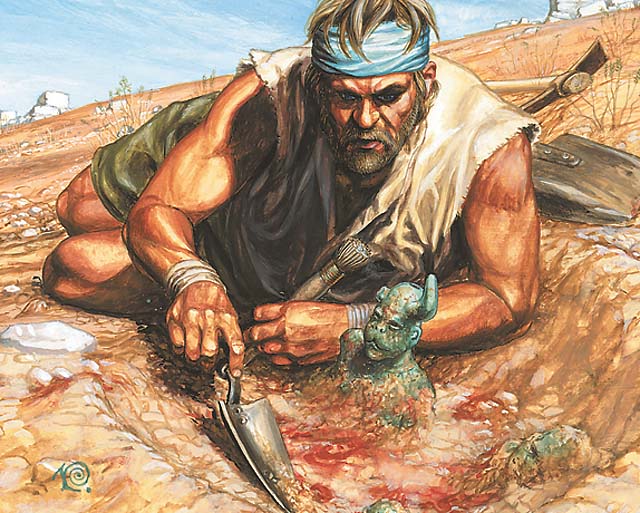 The same man can be seen later on, having the artifact restored on Argivian Restoration. 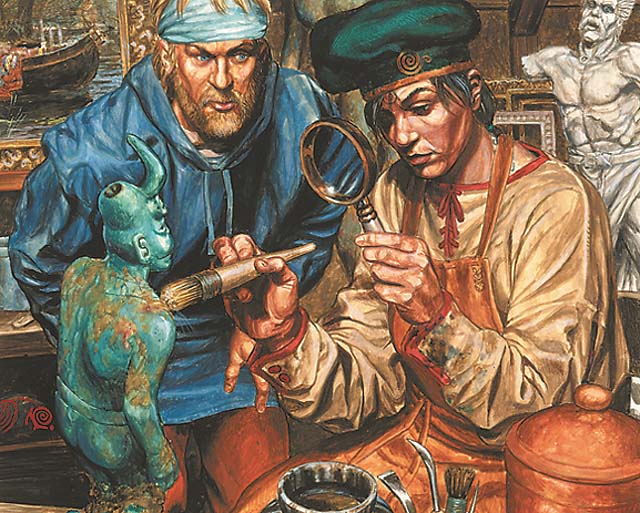 Weatherlight also has early signs of the storyline of the Weatherlight Saga. In the art of Desperate Gambit, Gerrard is seen dueling the fierce warlord Maraxus of Keld. In the background you can see Starke of Rath sneaking up behind him, about to stab him in the back. 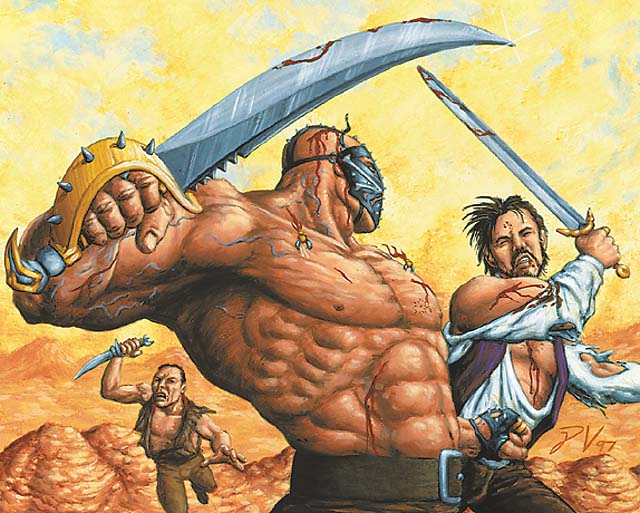 In Debt of Loyalty, artist Pete Venters continues the scene by showing Gerrard recovering from the fight. Gerrard agrees to let Starke come along on the Weatherlight (not yet realizing the depth of Starke's villainy). 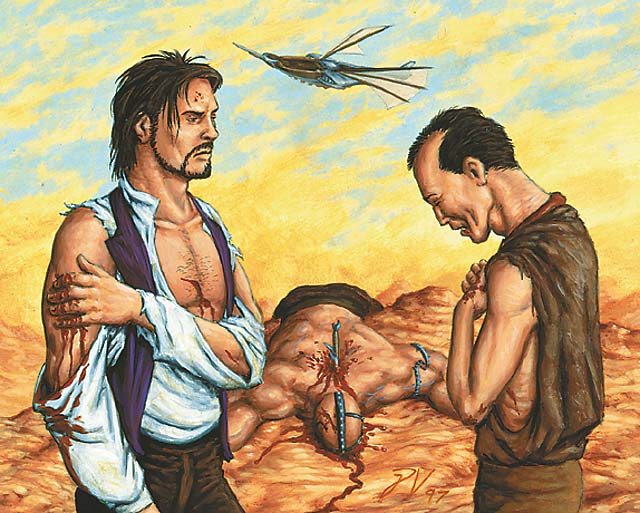