This Week in Magic History: July 4-10 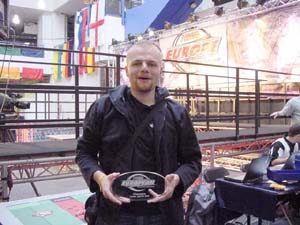 his Top 8 had two Norwegians: Sigurd Eskeland and Nicolai Herzog. Both were veterans of the game: Sigurd with a Pro Tour title and Nicolai a former European champion. While the rest of the players did their best to slow them down, no one could stop Nicolai Herzog. In the end, what goes around comes around. Norway had had enough. They wanted the title back. So Nicolai Herzog became the first and last two-time continental champion. Four years later, he would enter the Pro Tour Hall of Game.